For the second time this year the Frederik van Zyl Slabbert Institute (FVZSI) at the Stellenbosch University (SUN) in cooperation with the Konrad-Adenauer-Stiftung (KAS) invited students and other interested listeners on 26th March 2018 to a panel discussion with the theme “Intersectional leadership: considering South Africa's Deaf Community”. The event took place on the SUN campus and formed part of the Discourse Café series, which aims to provide a platform for informed debate.
March 29, 2018 Ordering Information 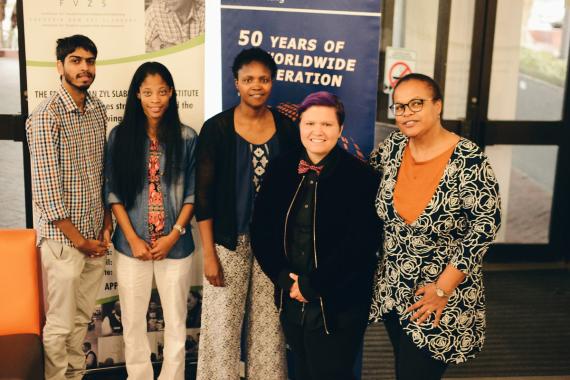 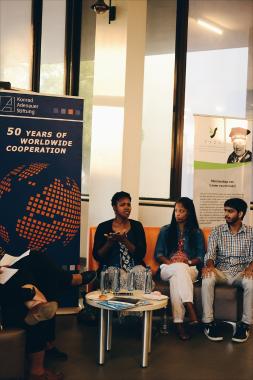 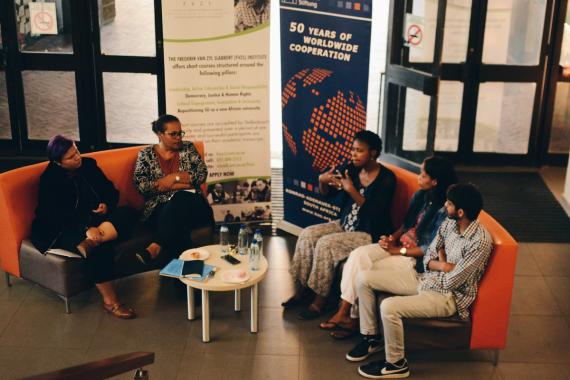 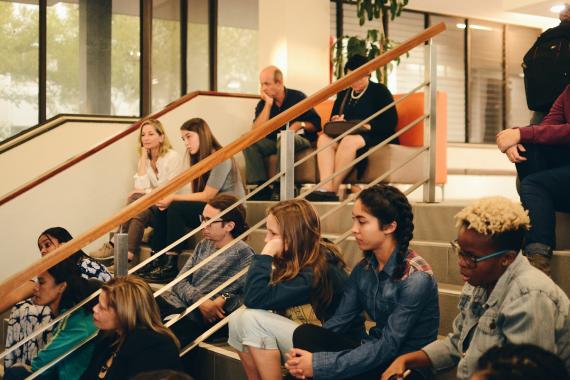 The guest speakers of the panel discussion were Modiegi Njeyiyana, first deaf lecturer at the Stellenbosch University (SUN), Ilze Aaron and Imran Bodalaji, two deaf Under-graduate students at SUN and Marcia Lyner-Cleophas, Head of the SUN-Disability Unit. The discussion was facilitated by Charné Pretorius, a SUN student and assistant at the FVZSI.

The panel discussion was held in an interview-style format between the moderator Ms. Pretorius and the guest speakers. Two sign language interpreters assisted the panelists during the session.

Challenges for the deaf community

The second question was “Which challenges do members of the deaf community face today?” The main challenge for Ms. Aaron and Mr. Bodalaji in their daily life is the communication with hearing people. Most of the time the only way of communicating is via cell phone messages or writing on a piece of paper. This however often leads to miscommunication, hence hearing people avoid the contact with them. Another problem for Mr. Bodalaji is the missing human connection, because for him writing on a piece of paper or typing a message on his cell phone does not replace a conversation. Ms. Njeyiyana added that the biggest challenge for her was to keep up with the con-tent given during lectures. She had to ask the lecturer about the content of the seminar beforehand in order to prepare the material at home. However, despite her efforts she still struggled to keep up.

The next question dealt with the biggest misconceptions about sign language. Ms. Njeyiyana criticized that sign language is sometimes considered a “monkey's language” and hearing people make fun of it. However it is a rather complex language on its own. Ms. Aaron added that members of the deaf community are often confronted with rather insulting questions such as “Can deaf people talk, read or drive?”, “Can they get married or can deaf women have children?” Many hearing people are under the impression that deaf people cannot raise children on their own. But for Ms. Njeyiyana and Ms. Aaron teaching sign language is just another language for the children of deaf parents to learn and does not impact negatively on their ability to speak.

Access to Education was the main point stressed by all panelists concerning the question “What would you like to say to leaders?” For the panelists, access to education is the most important thing and the lack of education is the starting point for many other problems, which members of the deaf community face, such as unemployment or exclusion. Education for members of the deaf community does not only consist of adequate schools, but also of deaf teachers who can teach sign language properly; the possibility to complete universities degrees in sign language; sufficient funding, Early Childhood Development (ECD) and education for parents of deaf children.

The role of schools and universities

The last question was addressed to Ms. Lyner-Cleophas regarding the role of schools and universities. Ms. Lyner-Cleophas emphasized that the Stellenbosch University has made a lot of progress in the last couple of years regarding integrating students with disabilities. For example, in the 1980s the university only provided text conversion for blind and vision impaired students but in 2000 the university made the decision to support all students with disabilities, including physical and psycho-logical conditions. The university started a formal process which allowed these students for example more time in exams. Eleven years ago the Disability Unit at the Stellenbosch University was founded and in 2016 the language policy budget was introduced, which made the employment of two professional sign language interpreters possible. But despite all these positive developments, Ms. Lyner-Cleophas also pointed out that the university still has a long way to go.

The Discourse Café ended with an informative discussion between the panelist and the audience. At the end of the discussion Ms. Njeyiyana highlighted that deaf people do not need to be fixed or to be told what is good for them since deafness is part of their identity. 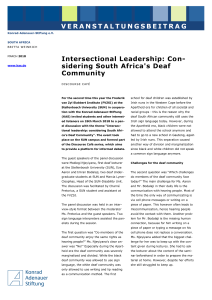