Voice and Accountability: What Councillors Say

On 31st July 2018 the Dullah Omar Institute in cooperation with the Konrad-Adenauer-Stiftung (KAS) and the South African Local Government Association (SALGA) hosted a seminar on the topic “Voice and Accountability: What Councillors Say”. The seminar aimed at providing an opportunity for councillors to present their own view on their role in society, but also to discuss questions regarding communication, citizen voice, influence, job satisfaction, honest government and many more.
August 7, 2018 Ordering Information 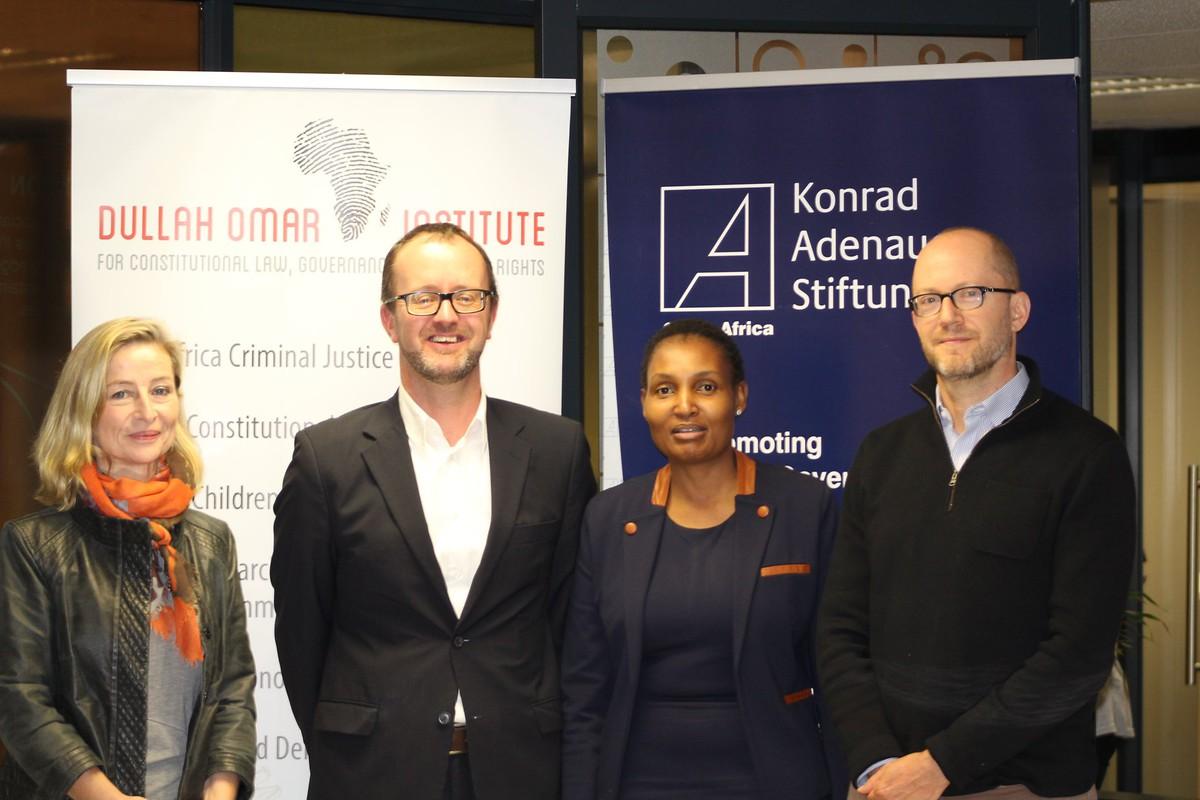 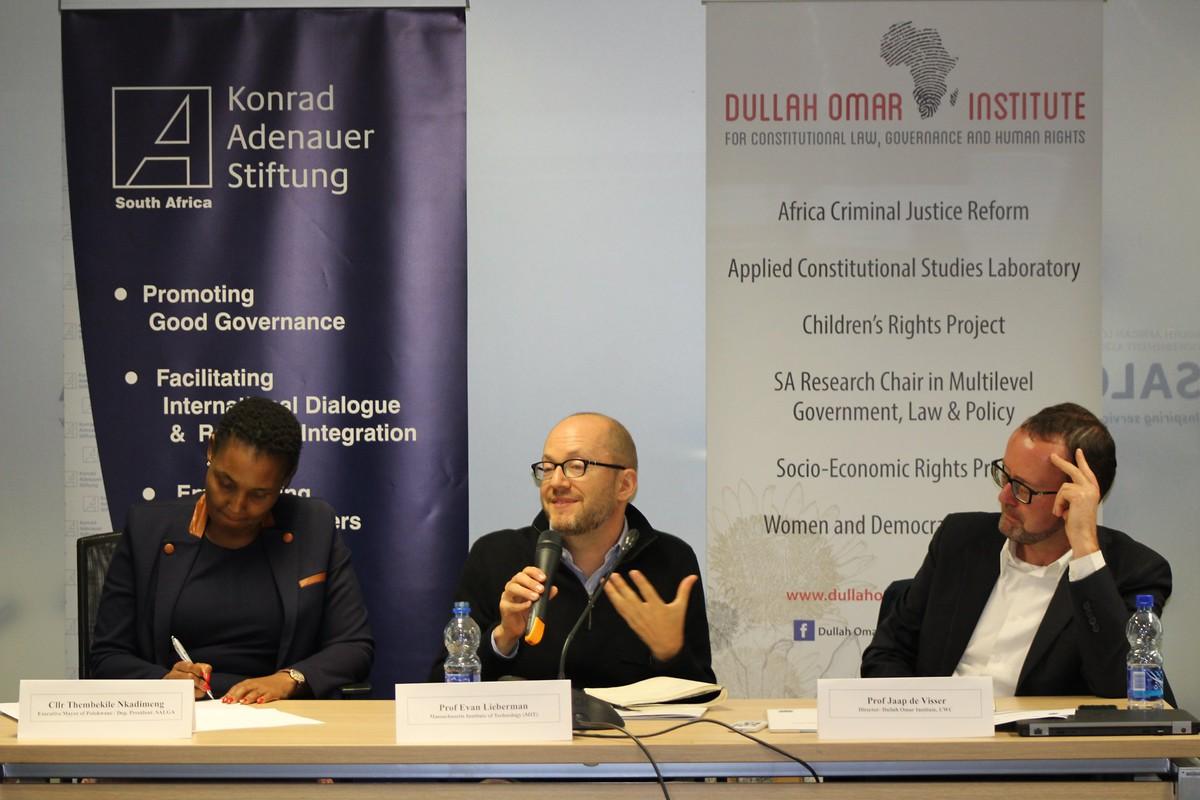 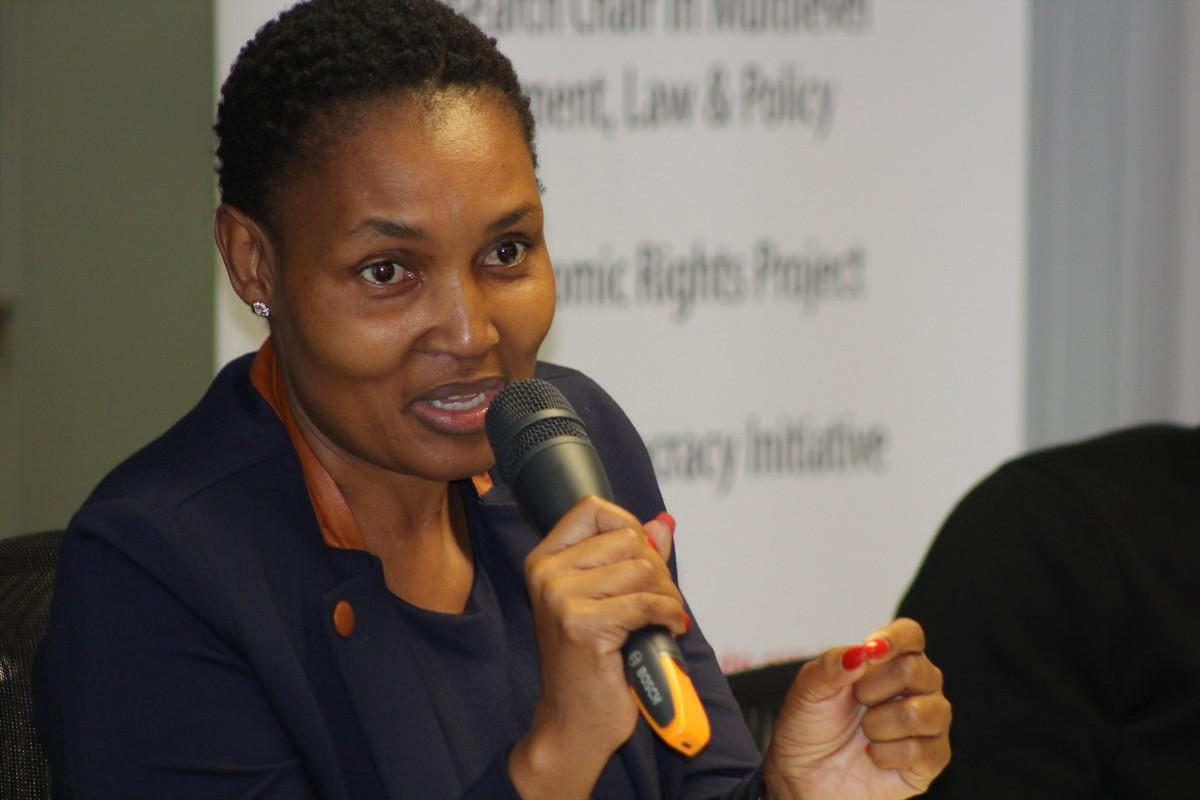 Councillor Thembisile Nkadimeng during her contribution 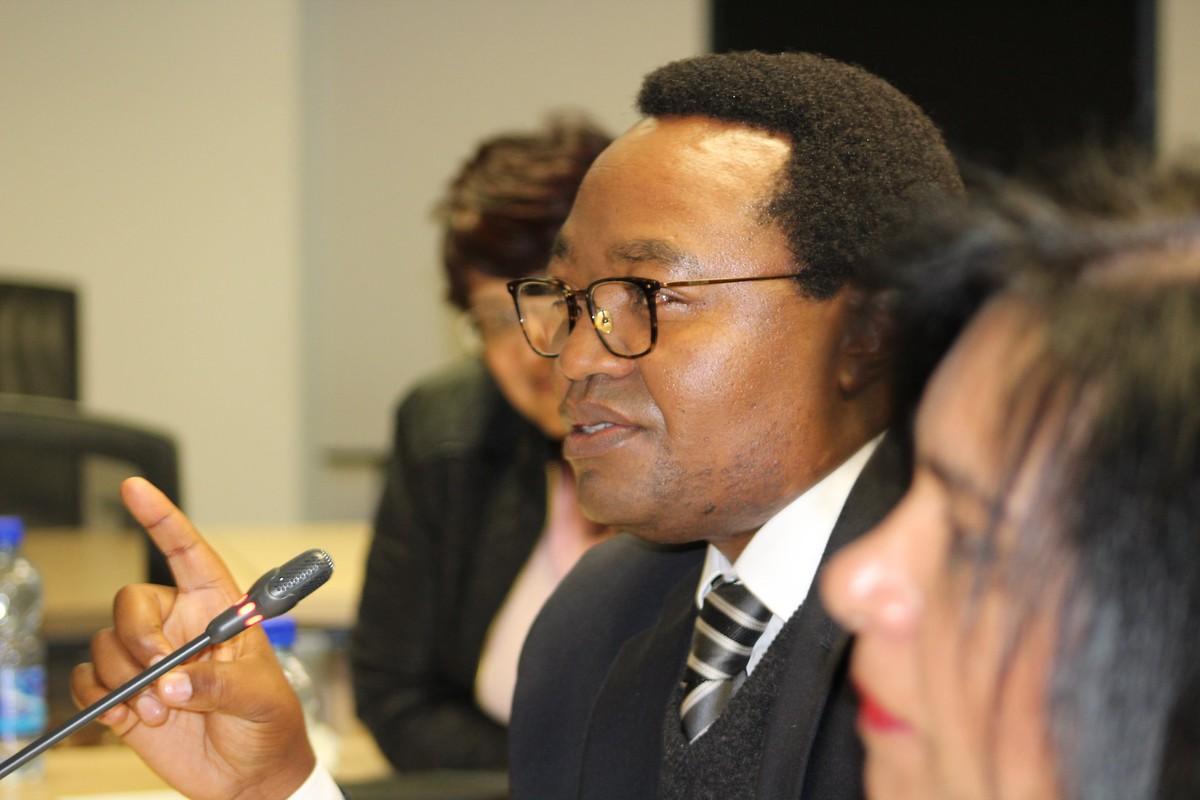 A participant during the discussion

The event took place at the SALGA House in Cape Town and was well attended by many councillors coming from various regions of the country as well as other participants from government, academia, business and civil society.


Khalil Mullagie, Provincial Executive Officer at SALGA Western Cape opened the event and welcomed the main speakers of the day. Christina Teichmann, Project Manager of the KAS Liaison Office in Cape Town, welcomed the participants on behalf of KAS and presented the Foundation’s mandate to promote Democracy, Good Governance and the Rule of Law in South Africa. Prof Jaap de Visser, Director of the Dullah Omar Institute at the University of the Western Cape (UWC), introduced the key speaker of the event, Prof Evan Lieberman from the Massachusetts Institute of Technology (MIT), who conducted a large-scale study on South African councillors’ perspectives on voice and accountability, shifting the focus from the standard negative narrative on councillors to an approach portraying councillors as human beings.


In order to provide an overview of the main findings from his research, Prof Lieberman expressed his motivation for investigating this particular topic, remarking that local government in South Africa, but also around the world, is to be considered crucial for the functioning of democracy and service delivery because it is the government sphere closest to the people.


While academic research has mostly focused on the perspective of voters in democracy, Prof Lieberman conducted a multi-staged and mixed-method study in collaboration with PhD students and South African postgraduate students to answer the question: “What makes responsive and accountable coun-cillors?” During the entire research process, which is still ongoing, the emphasis was thus essentially on grasping the councillors’ own understanding of their role in society through surveys on their perception of work efficiency, the importance of consultations, challenges and pressures in their job, their impact in society as well as access to information.

What makes responsive and accountable councillors?


To begin with, Prof Lieberman outlined that the study suggests that personal characteristics of councillors, i.e. their race, gender, age, socio-economic status, education, to a certain extent appear to have a major influence on the councillors’ attitudes and actions. In line with that, there is a general and widespread perception among councillors that they face immense pressure in their position from family, friends and others, but especially black councillors appear to face more pressure, according to the survey results. In addition, while there is general consensus that it is sometimes a dangerous position to be a councillor, especially women are more likely to fear intimidation and violence in this job.Regarding the question of efficacy, Prof Lieberman explained that overall more educated councillors feel less efficacious and black councillors feel more efficacious than white councillors. Apart from that, the study also indicated that female councillors are more optimistic in terms of what impact their work has on the community than male councillors. In the context of their role in society, councillors who participated in the survey express that they do not feel respected for their work by the public and that the media does not provide a fair portrait of their work.


While acknowledging the limitations of his research, which essentially depended on the willingness of councillors to participate and thus may not provide a representative picture, Prof Lieberman derived certain conclusions regarding the behavior of councillors from his survey results. Most importantly, he emphasized that according to his research, individual-level characteristics of councillors meaningfully predict attitudes and perceptions on a range of important questions regarding voice and accountability. Following from this insight, Prof Lieberman developed the recommendation that there needs to be more sensitivity towards individual politicians’ perspectives given their likeliness to act according to their own characteristics, as a first step towards achieving more social accountability.


In response to Prof Lieberman’s presentation, Councillor Thembisile Nkadimeng, Executive Mayor of Polokwane, shared her personal experiences with the audience. She strongly confirmed Prof Lieberman’s comments on pressure and intimidation in the work of a councillor, reporting that she feels pressured and threatened on a daily basis. In addition to the individual factors mentioned before, Councillor Nkadimeng highlighted the challenges that councillors in rural areas or areas including informal settlements face as compared to more urban municipalities. In that sense, she asserted that local government can be seen as a reflection of society in South Africa, with the gap between rich and poor, and in this particular case between urban and rural municipalities, widening even further.


The contributions by Prof Lieberman and Councillor Nkadimeng were followed by a discussion between the experts and the audience, encouraging many councillors to share their experiences from their own municipalities. Participants further agreed that the selection process of potential councillors by political parties should become more structured, more transparent and more focused on skills and education. Currently, many councillors in South Africa do not possess the adequate qualification to fulfill their oversight functions in terms of budgets or infrastructure planning.


The debate eventually culminated in the consensus that for accountability in local government to improve, there certainly needs to be enhanced training of councillors. However, in addition, national government and media need to inform the public more comprehensively about the role of councillors, enabling an environment of recognition and respect for councillors to safely work in. 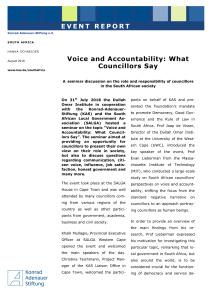 Voice and Accountability: What Councillors Say

Op-ed: The way forward for councillors and inept municipalities
More about this topic
Research paper: Making All Voices Count
Download