The State we are in: Discussion about the Venezuela's approach to the land question

On the 11th of October, the Konrad Adenauer Foundation South Africa and the University of Pretoria hosted a seminar with the topic “The state we are in: Discussing Venezuela’s approach to the land question”. The presentations were delivered by two Venezuelan Members of Parliament: Miguel Pizarro and Dr. José Manuel Olivares of Primero Justicia. Venezuela has been going through one of the biggest man-made economic crisis in Latin America since the misled socialist politics of President Hugo Chavez, which includes land expropriation without compensation. At the same time in South Africa the topic of land expropriation without compensation is highly debated. The seminar facilitated a conversation between the two Venezuelans politicians and the delegates, most of whom were students and lecturers.
November 1, 2018 Ordering Information 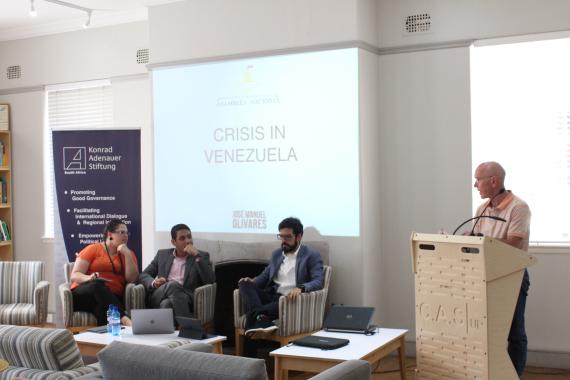 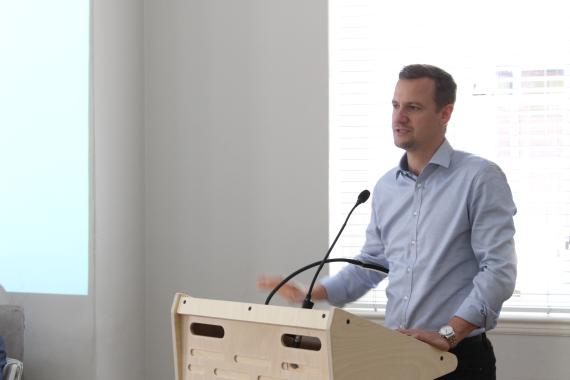 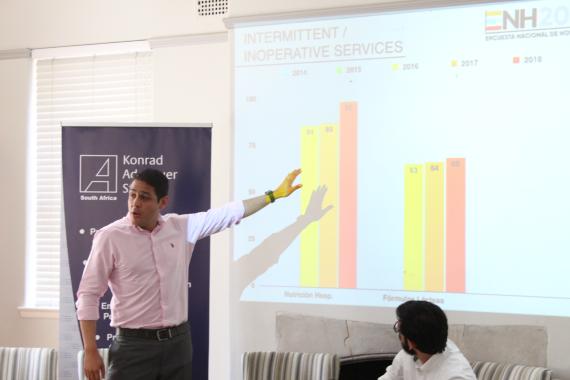 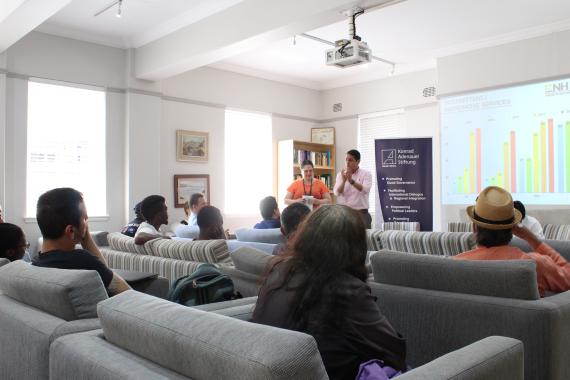 Dr Olivares: “Venezuela is going through a humanitarian crisis”. 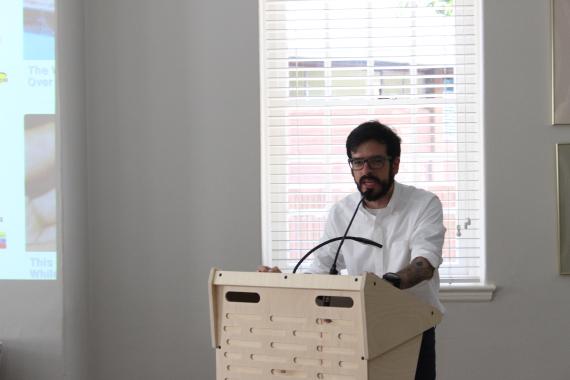 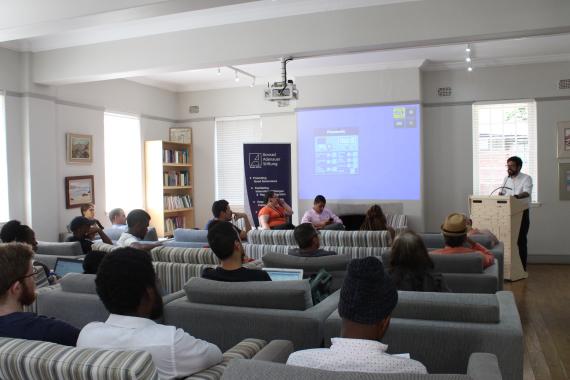 The crimes in politics and the misled radical socialist policies have led to a man-made crisis, says Miguel Pizarro. 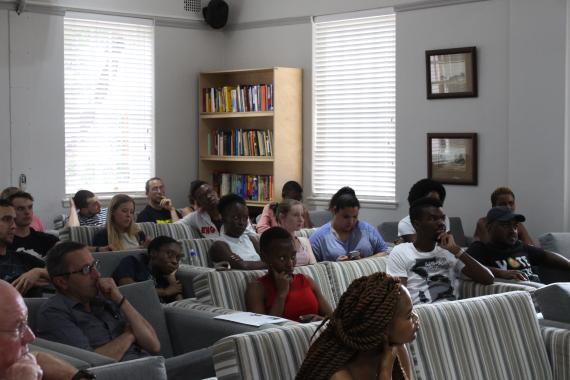 The partipants include many young students of the Unversity of Pretoria. 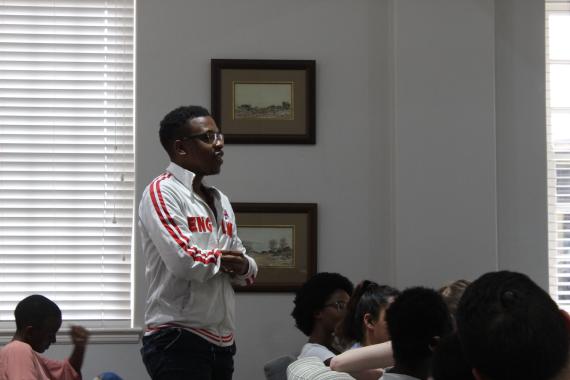 One student raises the question about race and land ownership during the Q&A session.

Col Robert Blake from the Department of Political Science (University of Pretoria), moderated the event, he gave the opening remarks followed by Henning Suhr (Country Representative, Konrad Adenauer Foundation South Africa). Mr Suhr welcomed the guests and the participants to the seminar. With his experience of many years working with the KAS in Venezuela, he mentioned that he noticed a profound connection between the situation in Venezuela and the debates in South Africa regarding the land question. He thus felt that it was necessary to have an exchange of experience between SA and Venezuela; opposition politicians from Venezuela were invited to share their stories and lessons. Miguel Pizarro is a 30-year-old Venezuelan. He is serving a second term as a Member of the Bolivarian Republic of Venezuela’s Parliament and a member of Primero Justicia party. He is also Head of Commission on Social Affairs and a former student activist. He came together with his colleague from Primero Justicia, José Manuel Olivares, a 33-year-old doctor and Member of Parliament. Dr. Olivares has played a key role in the proposal of the Humanitarian Aid for Venezuela and in the defense of Human Rights. Due to his activism, he is now living in exile in Bogotá.

According to Dr Olivares, “Venezuela is going through a humanitarian crisis”. As a medical doctor he provided delegates with first-hand experience of the terrible conditions of many public hospitals around the country, where there is an alarming scarcity of basic resources like water and medicines thus putting the lives of many Venezuelans in danger. He said 84% of the population does not have access to medication and most hospitals cannot provide food for patients. In some hospitals doctors perform medical procedures using light from their mobile phones because of lack of electricity.


The lack of treatment looms large for patients with chronic diseases, especially HIV/AIDS. Many Venezuelan children suffer from lack of proper nutrition. The situation in the medical field is, unfortunately, just a part of the whole crisis in Venezuela, which manifests itself in the economic crisis, the environmental crisis and the mass exodus of Venezuelans. Every day, almost 10 000 Venezuelans leave their country to look for a better life elsewhere.


When socialism is misled

The root of the crisis can be traced back to the radical “21st century socialism” of Hugo Chavez, in which land expropriation without compensation played the central role. Miguel Pizarro carried on with his presentation by pointing out the crimes in the Venezuelan politics. The socialist politics was misled completely by a government, which was not able to carry out the promises they made to its citizens. Nowadays, 80% of the land in Venezuela belongs to the government, which led to a drastic drop of agricultural production. The state took control of the land in the name of the people but the same people got nothing. The government took control of 70% of the industries but provides to only 2% of the population. There lies the ruthless problem of Venezuela: the majority is being governed and oppressed by a violent minority. New farmers were not given full title deeds to the land, despite the government’s promises that this would be done. Land was also allocated according to political criteria, with those who supported the government far more likely to receive it than those who were apolitical or supported the opposition. Under such circumstances, populism is also pushing democracy to the brink of collapse with lying rhetoric of country leaders. The message of the Venezuelan MPs was that South Africa must not copy the land expropriation model of Venezuela because it will lead to devastating consequences. However, South Africa must devise its own plan for land redistribution. They also ask South Africa to table their discontent at the UN Security Council.


The discussion was then opened up to the participants. Of all the opinions expressed by the audience, the argument about the historically inseparable relation between race and land ownership in South Africa, which distinguished its problems to the Venezuelan ones, raised much attention in the room. However, land expropriation requires dialogues of all the stakeholders and must unfold in a manner that will not undermine the dignity of South African citizens despite their racial background. On the other hand, the speakers warned of the risk of corruption when the government has too much power and wealth in its hands. “It is easier to maintain than to recover a democracy”, said Miguel Pizarro in his reply to the students. The two Venezuelan MPs warned South Africa about the risks that accompany populism.


Col Robert Blake closed the by emphasizing the importance of dialogue and unity in resolving conflicts, especially in the South African context. In conclusion, the seminar offered a platform for exchanging experiences and fruitful debates about the burning issues of the two countries. 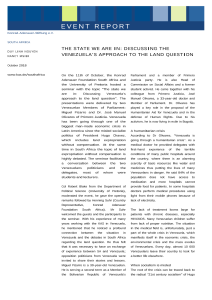 The State We Are In