“Unpacking the Implications of the National Health Insurance Bill” was the topic of a discussion jointly hosted by the Centre for Constitutional Rights (CFCR) and the Konrad Adenauer Foundation (KAS). The expert speakers were Mr Michael Settas, Member of the Free Market Foundation’s Health Policy Unit and Mr Russel Rensburg, Director of the Rural Health Advocacy Project.
December 10, 2019 Ordering Information 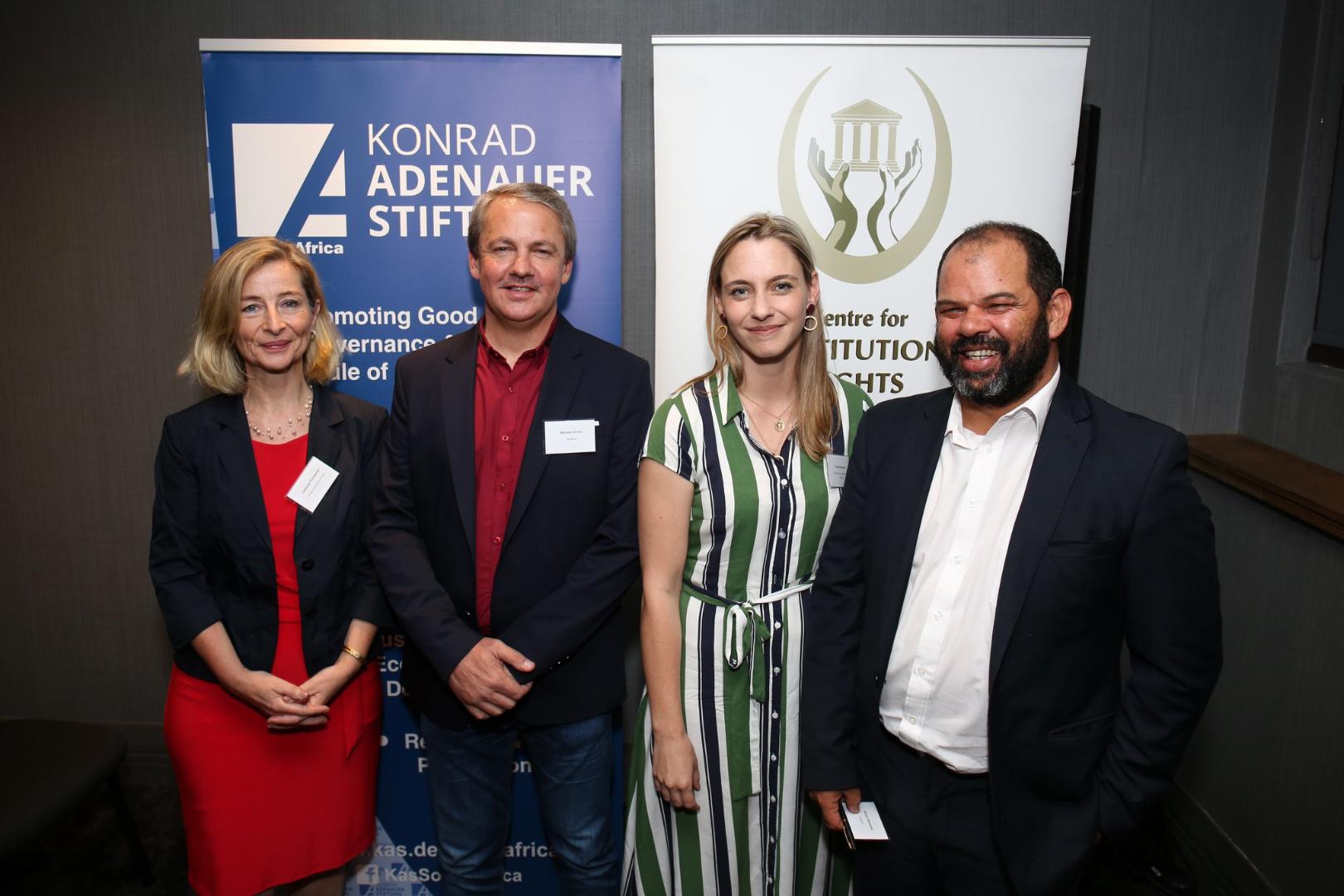 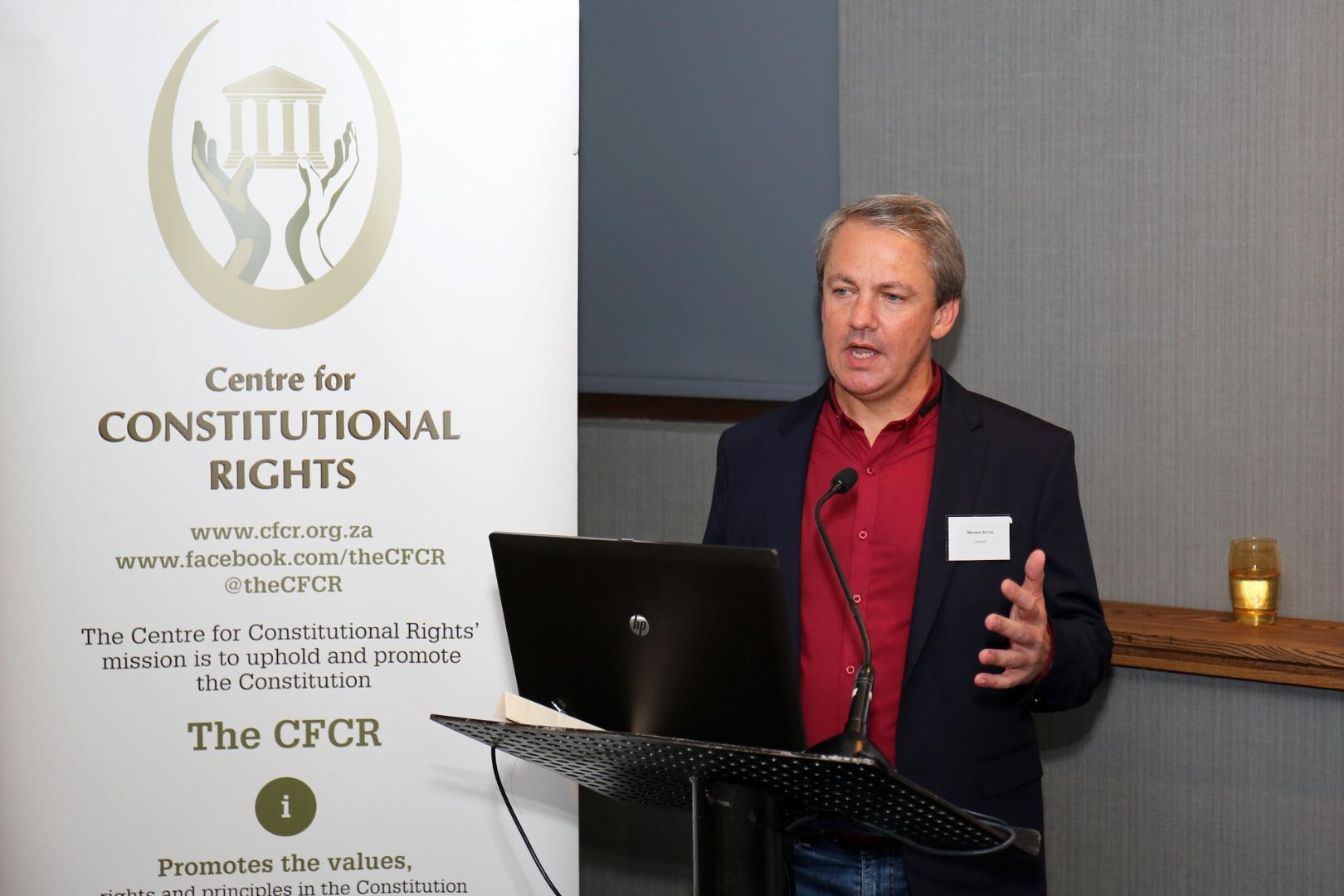 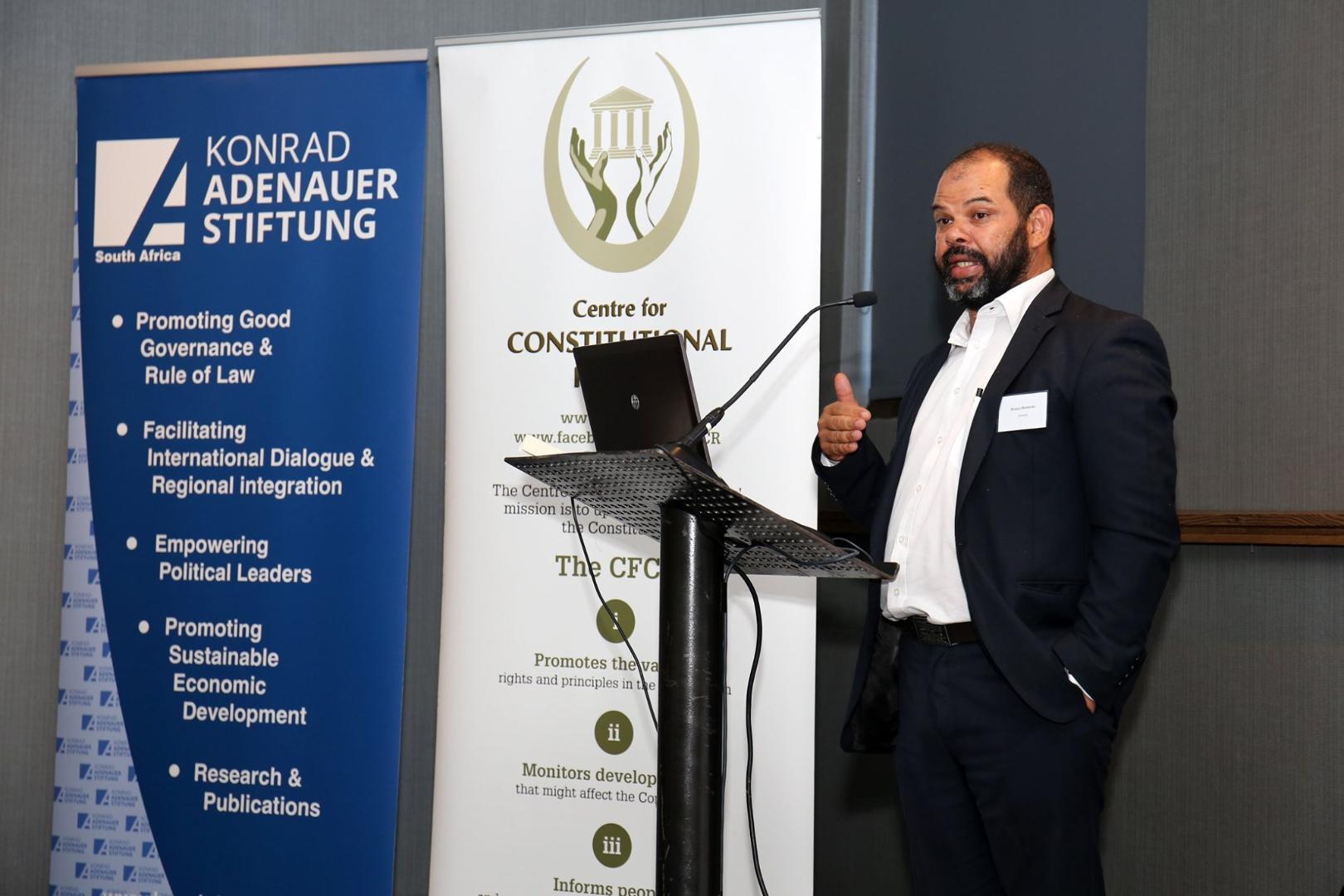 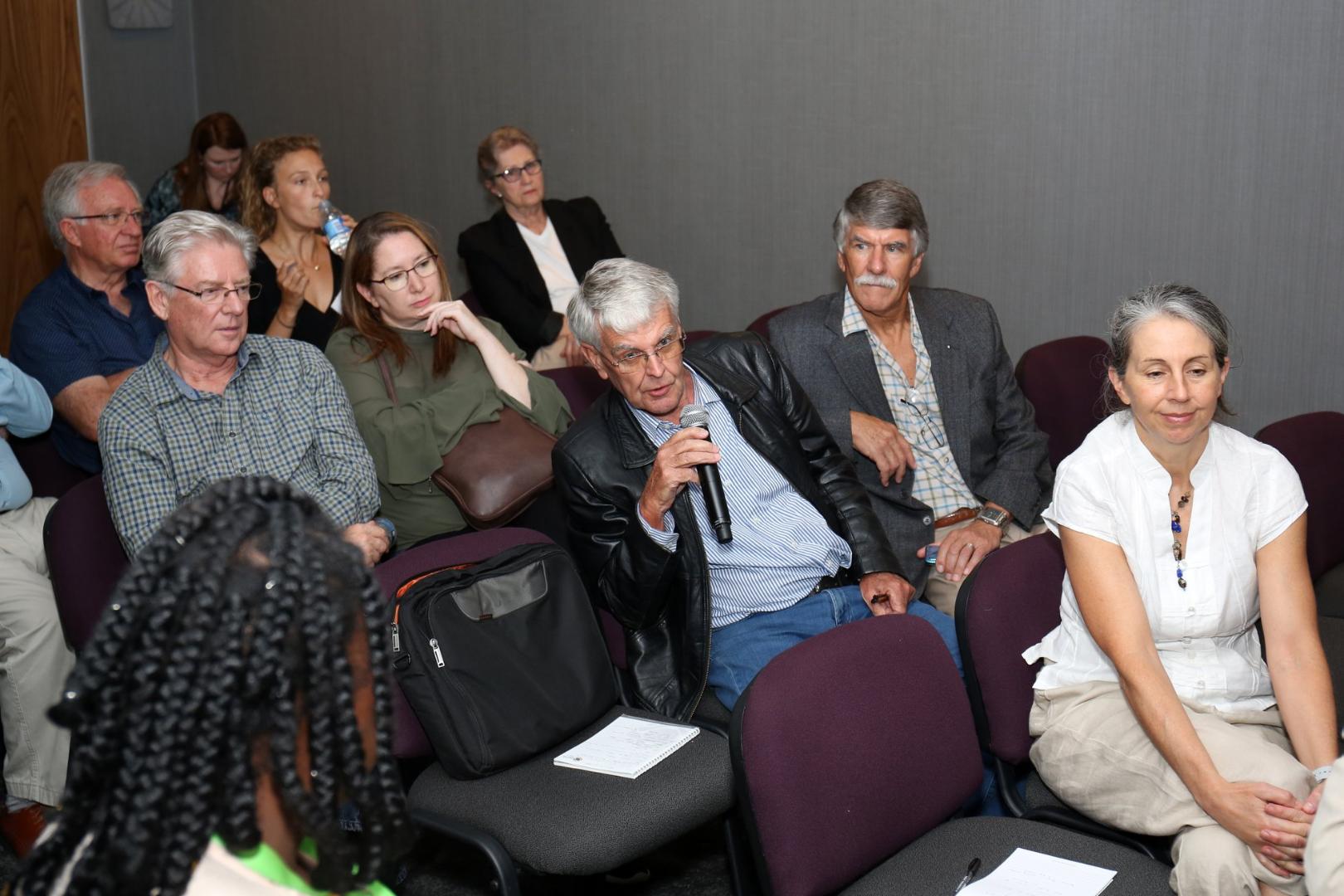 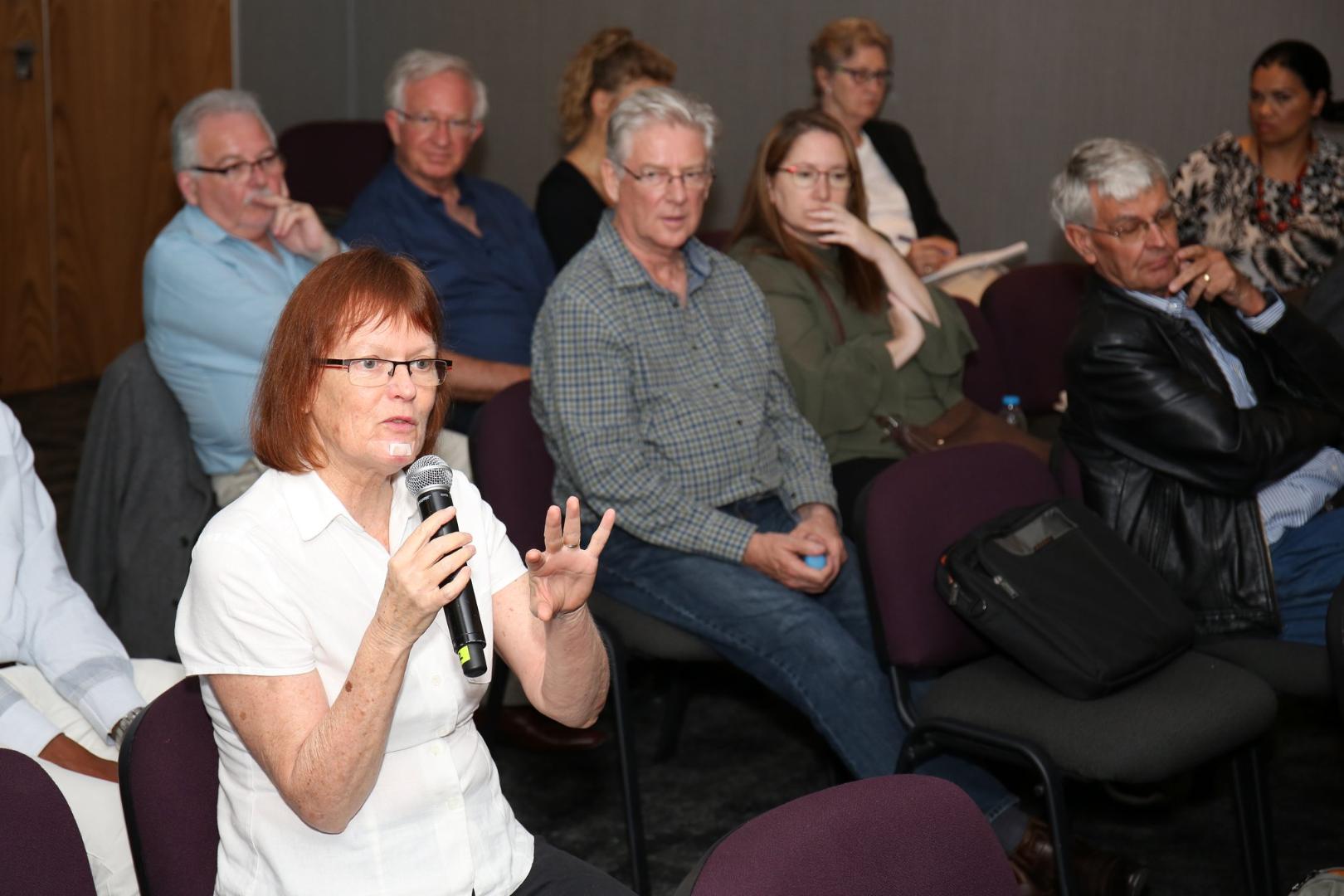 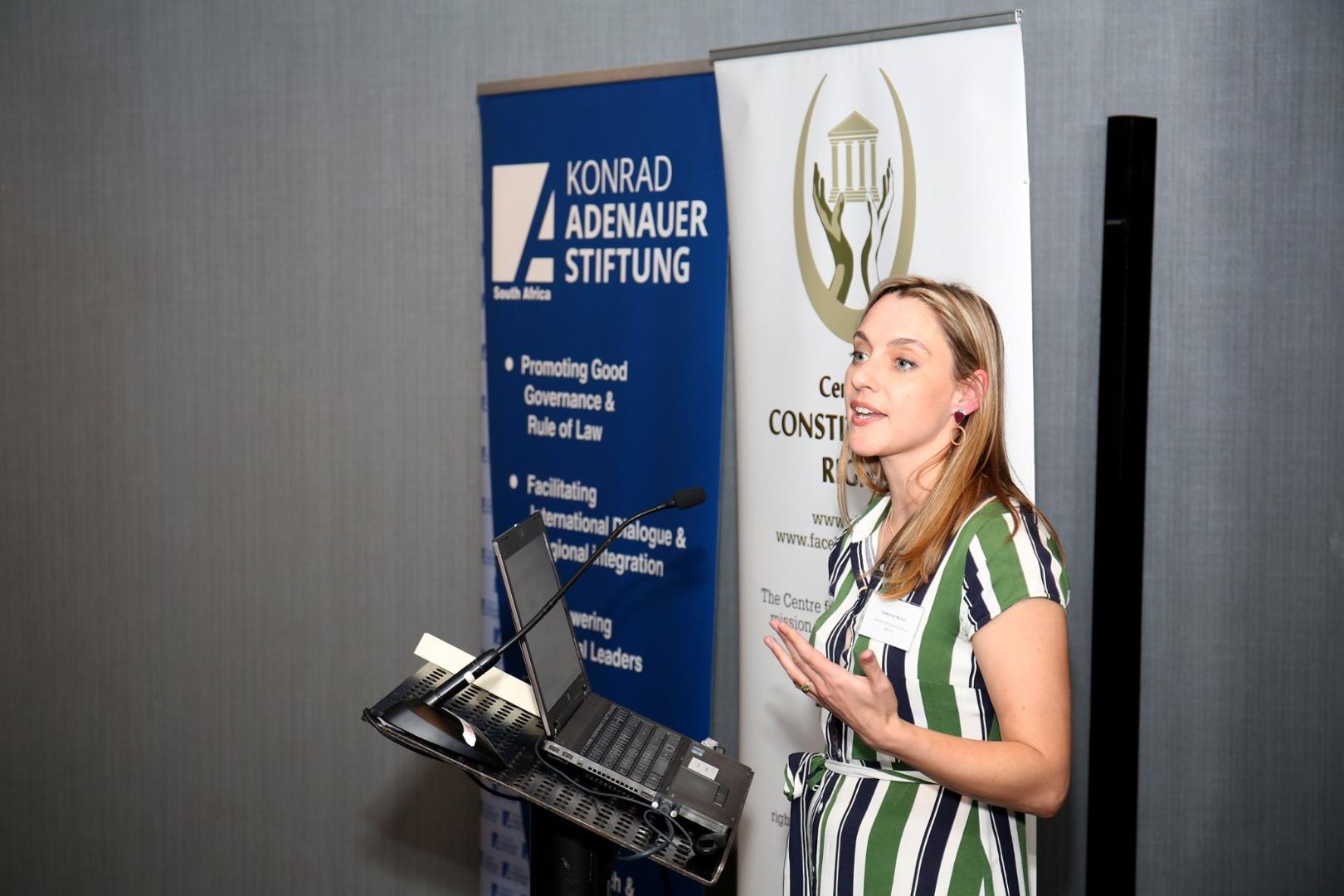 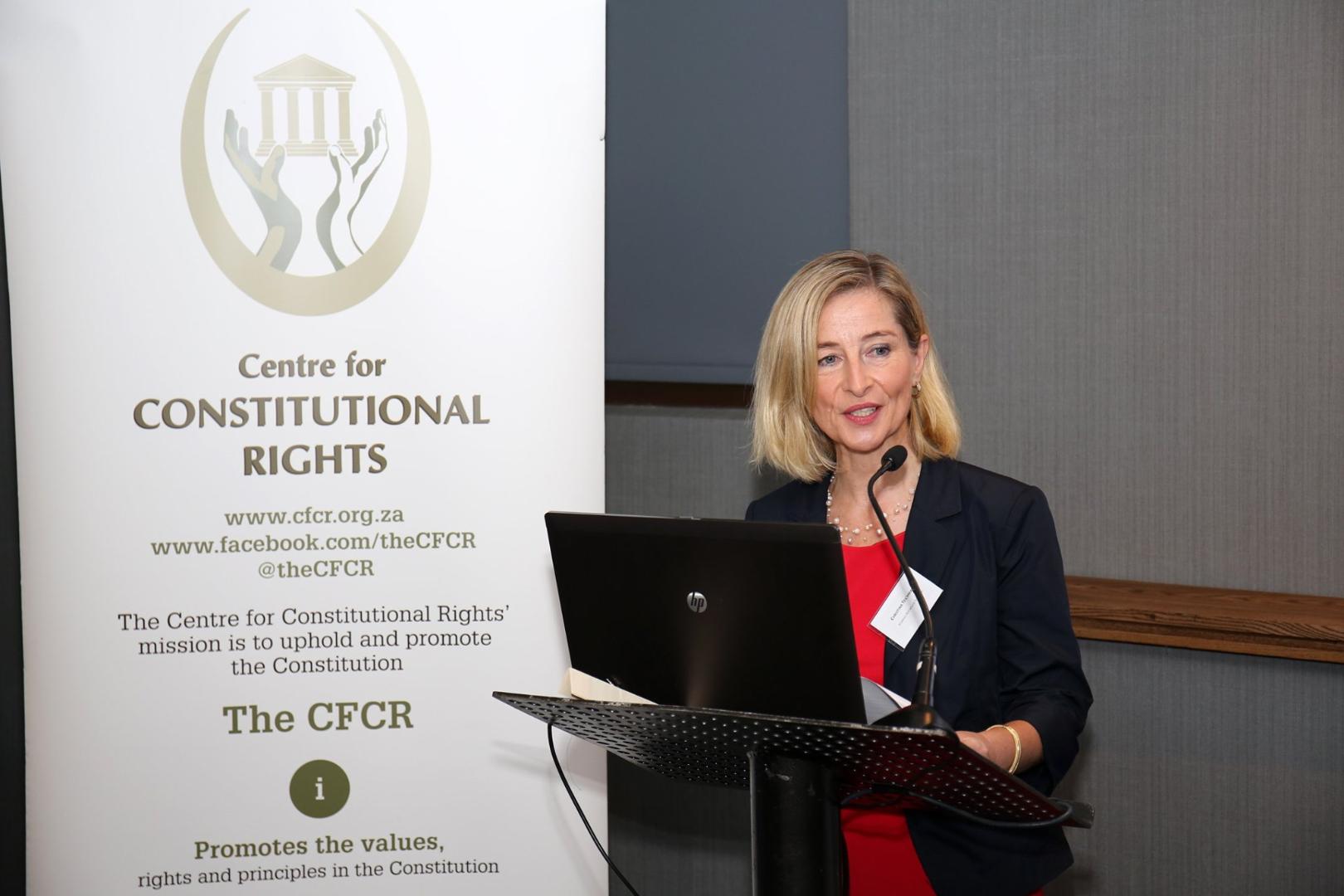 Universal Health Coverage means that all people have access to the health services they need, when and where they need them, without financial hardship (World Health Organization). South Africa’s National Health Insurance (NHI) is a financing system that aims to achieve universal healthcare in South Africa. The first phase of implementation was a pilot project running from 2012 – 2018, which received widespread criticism. The second phase prepares legislation, such as the NHI Bill. The NHI Bill outlines the financing of the NHI and the establishment of a centralized NHI Fund.

Michael Settas initiated the experts’ contribution to the event by presenting facts related the NHI Bill and sharing his concerns with the audience as to the negative effects the NHI Bill would have for residents of South Africa.

The NHI Bill’s policy objective should be to improve the quality of health services as universal healthcare is already in place.

Settas pointed out that as far as the World Health Organization is concerned, South Africa already has Universal Health Coverage. In principle, health services are available and structures are in place. It is the delivery of quality public health services to every South African that is problematic, not coverage.

Infant and maternal mortality rates are two figures which serve as useful proxies to understand how well a health system works. South Africa does not do well in comparison with its peer upper middle income countries. Settas also looks at the disease burden, a further quality indicator for a health system. In it, South Africa ranks 19th worst of 196 states. That trend very concerning and needs to be reversed.

The task of the Office of Health Standard Compliance, an office within the Department of Health, is to assess and measure the performance of South Africa’s clinics. In last year’s report, they assessed 696 facilities. The NHI Bill states that a facility can only contract with the NHI Fund if it scores 80% or above from the Office of Health Standard Compliance. In 2018, only 1% of the 696 facilities would qualify for NHI funding. Settas pointed out that the NHI Bill does nothing to fix this fundamental problem at the root of South Africa’s healthcare disaster. He asked rhetorically why the government does not focus on addressing existing problems, but rather proposes a bill where 99% of the existing facilities do not meet the requirements for healthcare funding.

The efficiency of South Africa’s state and its State-Owned Enterprises (SOEs) are a bad omen for the NHI Fund.

The NHI Fund will purchase services from accredited public and private sector providers on behalf of all eligible patients. It will be a SOE managing R450 billion per year for healthcare. In Settas’ opinion this should set alarm bells ringing, given the poor performance of other SOEs in South Africa.

Currently, the country’s private sector spends about 4,4% of GDP on health care, that being privately funded, and the public sector spends another 4,1% of GDP on health care, that being tax funded. The 4,4% private spend will now also be raised in taxes, allowing the state to spend 8,5% of GDP on the NHI Fund. The additional 4,4% of GDP raised in tax means more state control of taxpayer earnings, which Settas sees critically.

Questionable data used to argue for the NHI Bill.

South Africa spends more on healthcare than comparative peer countries. But Mr Zweli Mkhize, Minister of Health, says South Africa is experiencing a shortage of doctors and, since the budget has not increased in real terms in the past, the public health sector cannot appoint enough staff. Settas argues against this statement. His figures show that in the past ten years there has been a 42% increase in the number of medical personnel employed by the state. So where is Mr Mkhize getting his numbers from, if he is saying we have a shortage?, Settas asked.

The question Settas ends his presentation with is “Should the government really hold a monopoly on health care?”. The government promises a cost reduction through a single-payer (NHI Fund) with nationally centralized procurement, which is supposed to reduce costs. But, as Settas mentions, not all monopolies reduce costs. On the contrary, competition often improves the system and makes it work efficiently and effectively.

Instead, Settas suggests a decentralized public structure with regional authority and credibility instead of the centralized structure the NHI Bill is proposing. It is important to note that South Africa already has a decentralized health services structure and that it would make more sense to improve it than to scrap it and come up with something that might not work. Settas is critical about the complete absence of technical or policy analysis on the NHI Bill and considers the NHI Fund approach fiscally unrealistic.

Mr Russel Rensburg followed up on the presentation by Mr Michael Settas by focussing on inequality in South Africa and the urgent need for Universal Health Coverage in the country. The greater the inequality in a country, the larger the gap in health.

“What is the problem they are trying to fix with the NHI Bill?”, he asks. The private sector spends virtually the same as the public sector for healthcare, but the public sector serves far more people. The private sector only looks after 10-15% of the population, where, according to Rensburg, people only have lifestyle diseases. Meanwhile, the public sector has responsibility for the entire population and faces diseases like HIV or TB. On top of that, public sector health services vary by where you live in the country, with capacity concentrated in cities. He reminded the audience that not every province in the country is like the Western Cape. This inequality must be tackled by the society.

Rensburg shared his view that the NHI Bill is not about taking sides for the public sector or against the private sector, but seeks to provide Universal Health Coverage to the population. Public healthcare is free in South Africa, but Rensburg reminded the audience that people in rural areas must spend a lot of money to travel to health centres. He therefore urged the government to ensure that consistent health care is available to everybody, especially the people who need it most.

Rensburg argues that South Africans keep saying that health care is so important to everyone, but in the current system we exclude parts of the population from it. And the state has a responsibility to do so, which it fulfils with the NHI Bill, according to Rensburg.

Centralisation as an antidote to corruption.

The NHI Bill is positioned as a financing instrument and is not a delivery service. But as a funding instrument it can decide how the health service is delivered. It will become more centralized. Hence, provincial governments lose some power and in theory corruption should not be such a big problem anymore.

NHI is an opportunity to transform society, not just healthcare.

Rensburg pointed out that the NHI is not the perfect saviour for the problems we have in our health system, but it is an opportunity for the country to start reimagining the health system. Rensburg views the NHI Bill as a progressive bill that addresses many more issues than just health care. It speaks to the spirit of partnership, negotiation and dialogue that South Africa is built on. Rensburg pointed out that tax payers would pay for the NHI fund. Tax payers are the wealthiest people in the country and they need to contribute to society.

Why CFCR and KAS hosted this event.

Together with the Centre for Constitutional Rights, the Konrad Adenauer Foundation invites experts to discuss items of societal importance with audiences from different backgrounds. Differing views, well presented, foster a critical mindset in citizens. These mindsets in turn form the bedrock of accountability in a healthy democracy.

The NHI Bill is a politically sensitive topic in South Africa and many concerns are raised about it. The key lesson from the event was that the NHI Bill does not provide a credible answer on how to ensure access to quality health service to all South Africans. 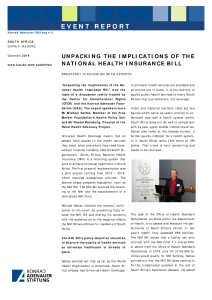 Unpacking the Implications of the National Health Insurance Bill
Download

Unpacking the implications of the National Health Insurance