“The first land to be confiscated by the Europeans in South Africa was part of what later became known as the Western Cape” (Final Report of the Presidential Advisory Panel on Land Reform and Agriculture, p.23). From that genesis, Land Reform is one of the most important topics in South African politics since the 1994 transition to democracy.
November 4, 2019 Ordering Information 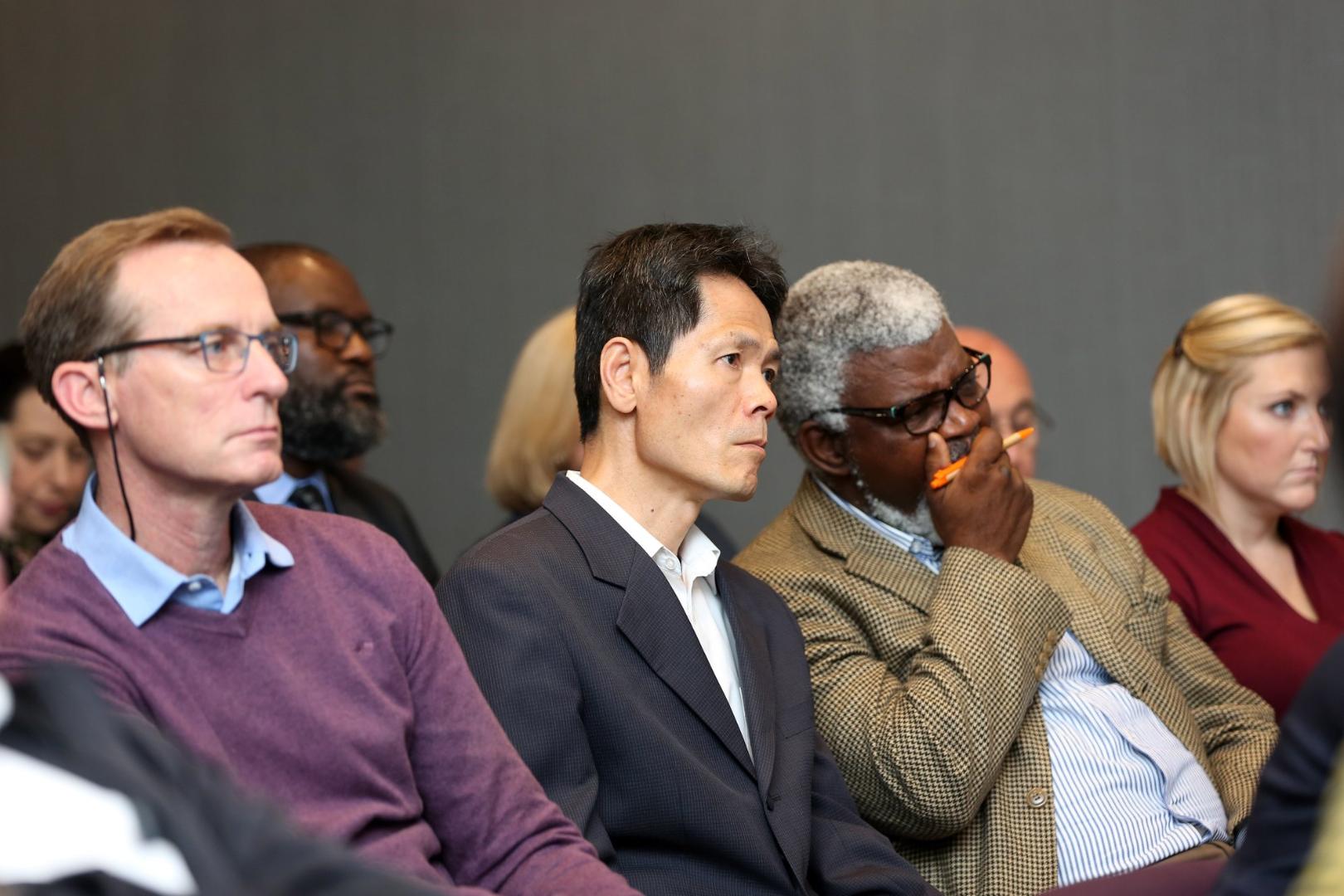 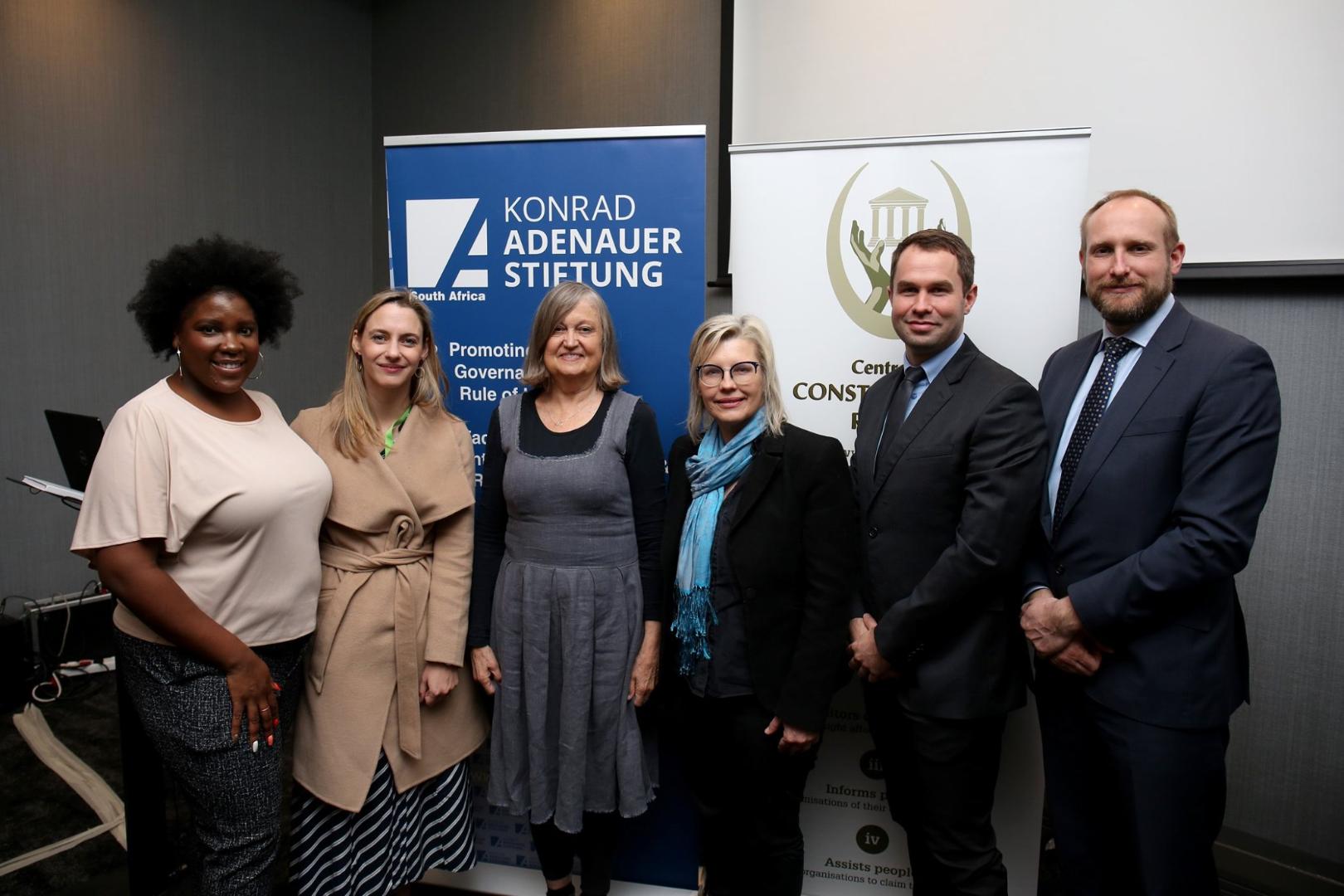 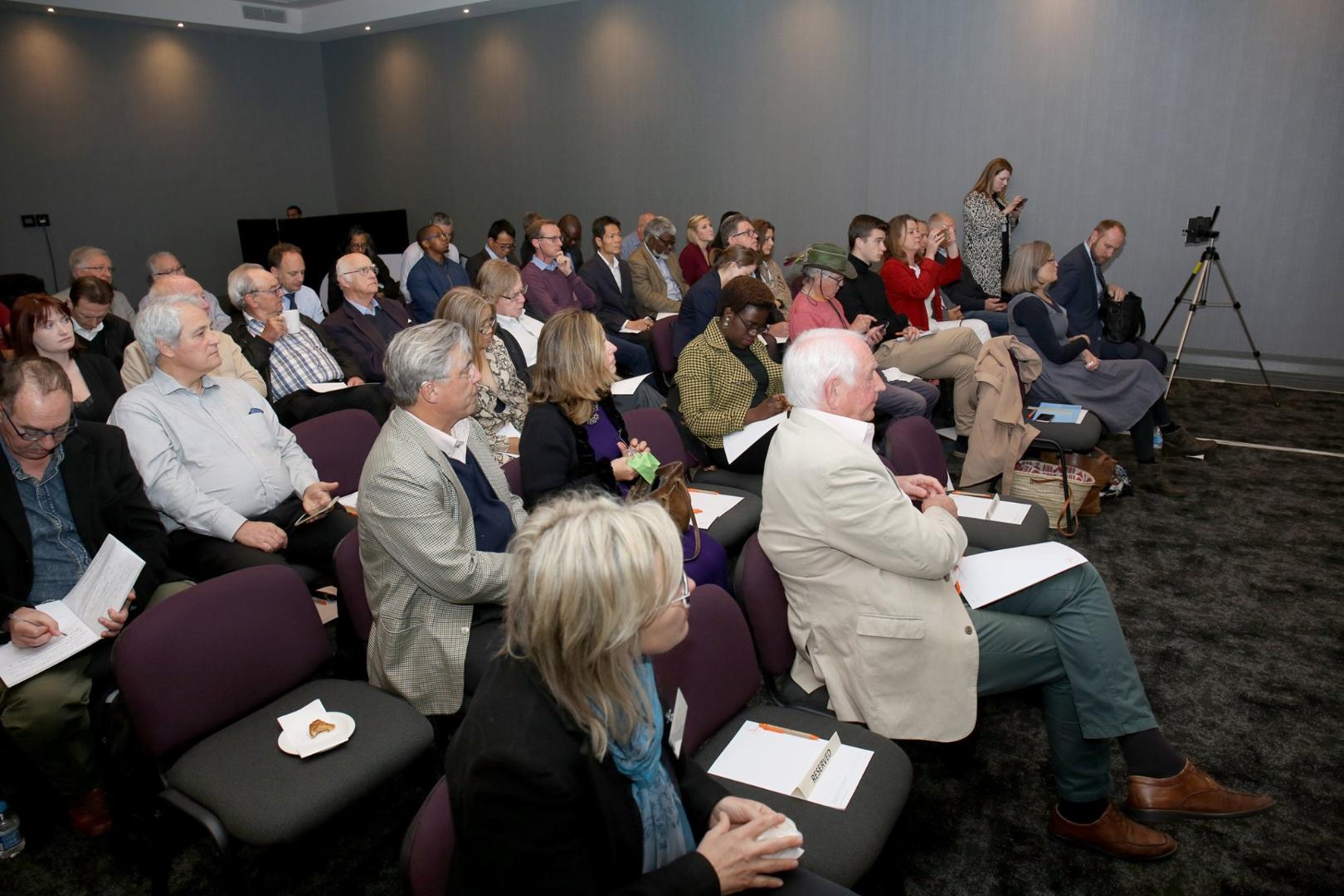 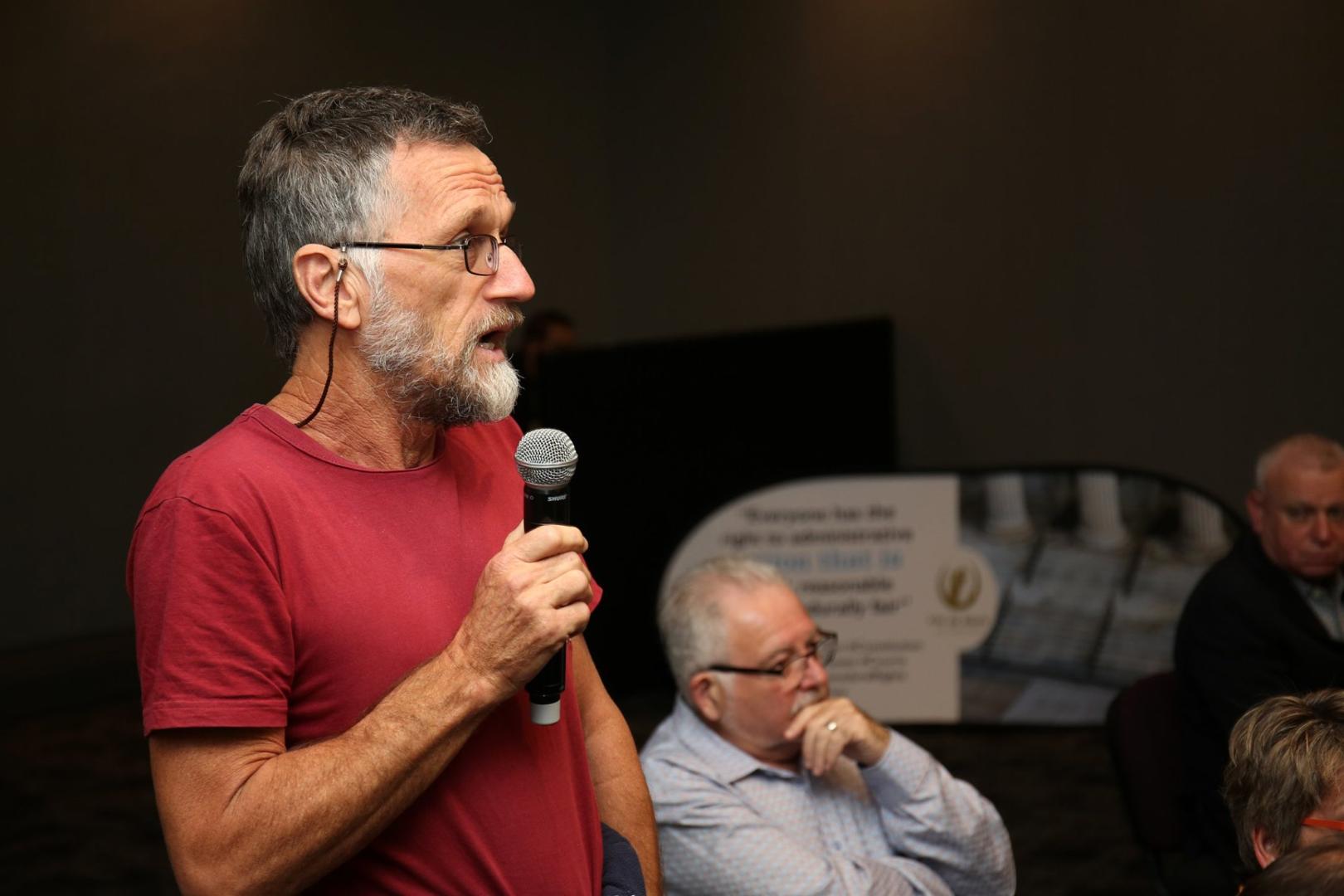 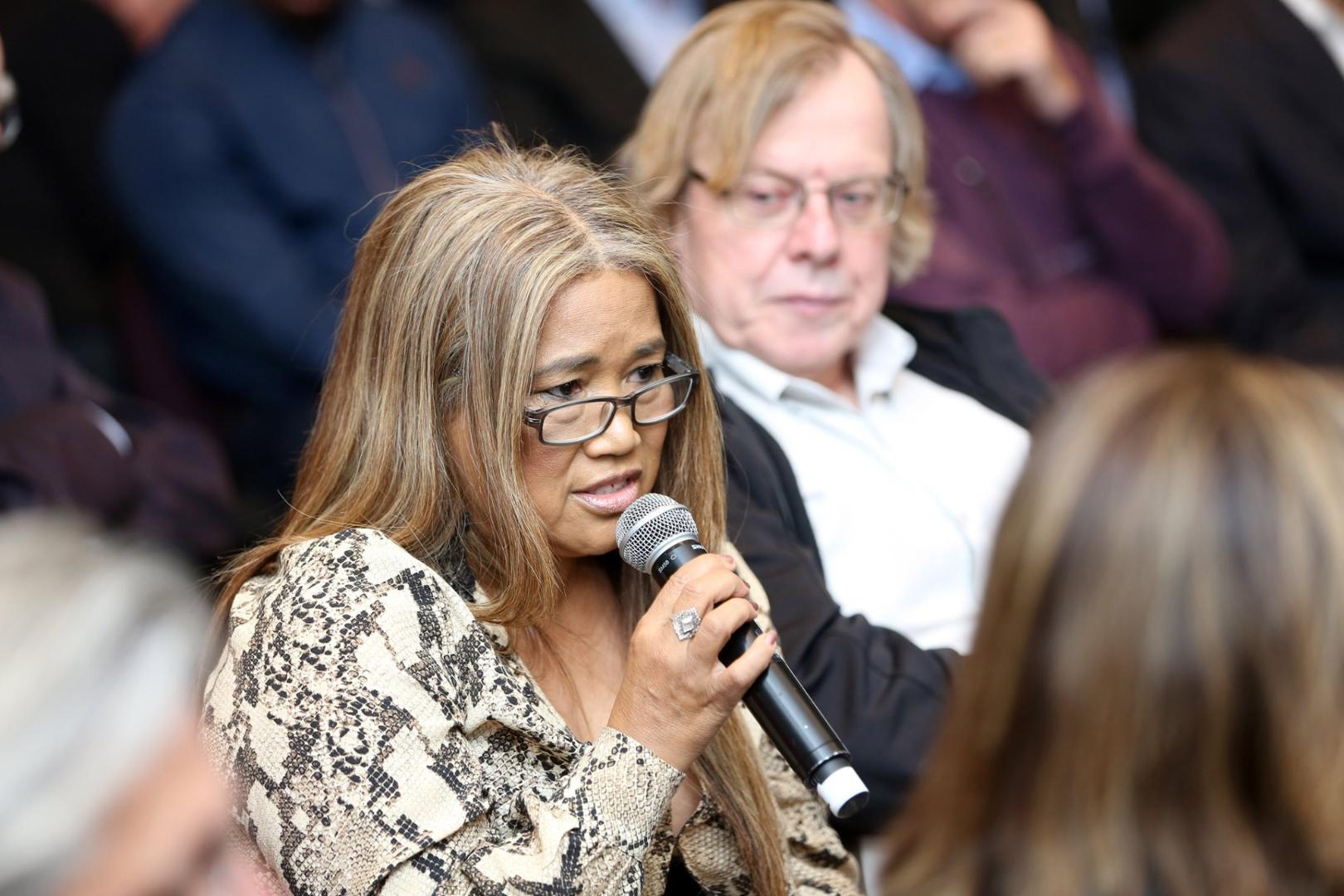 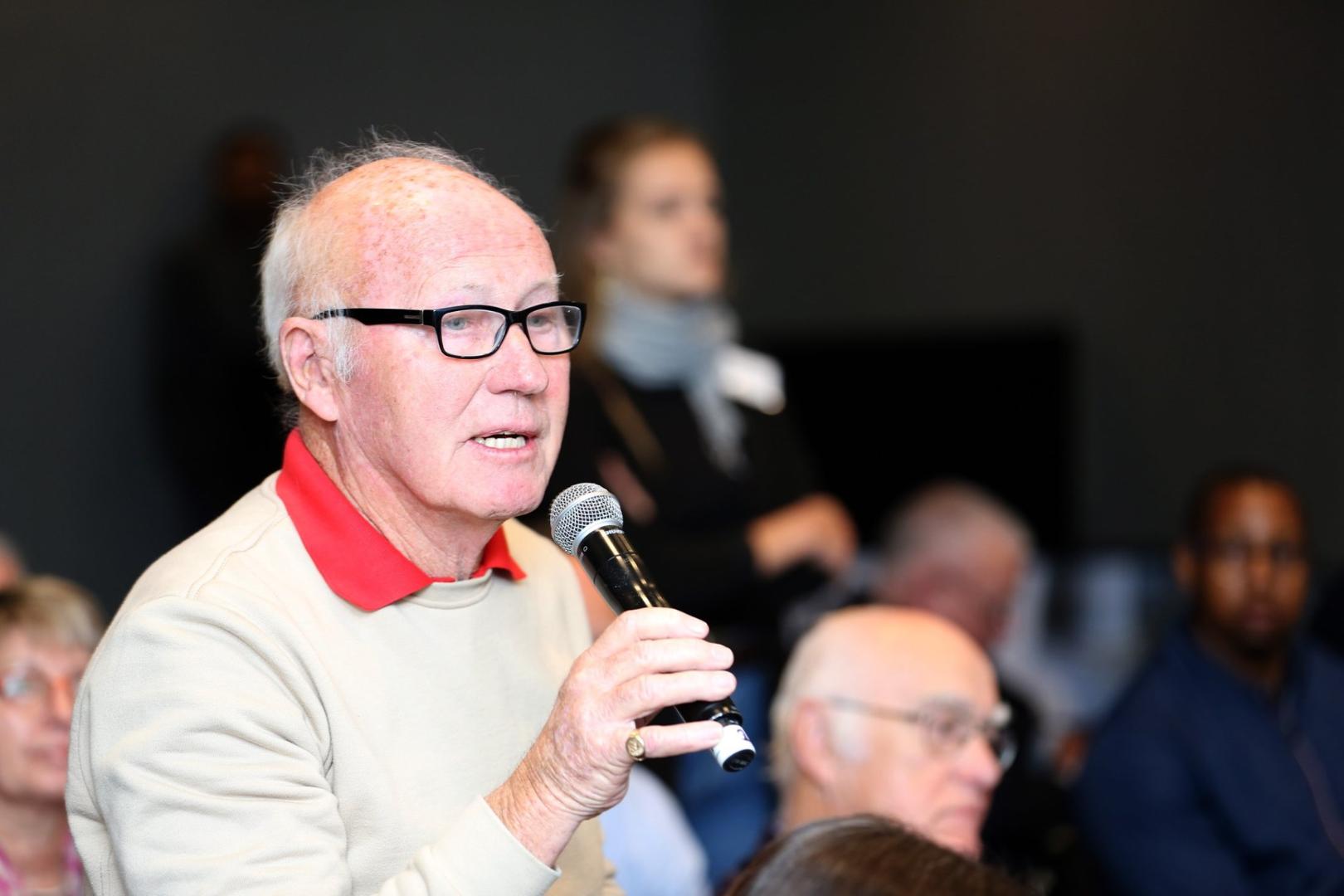 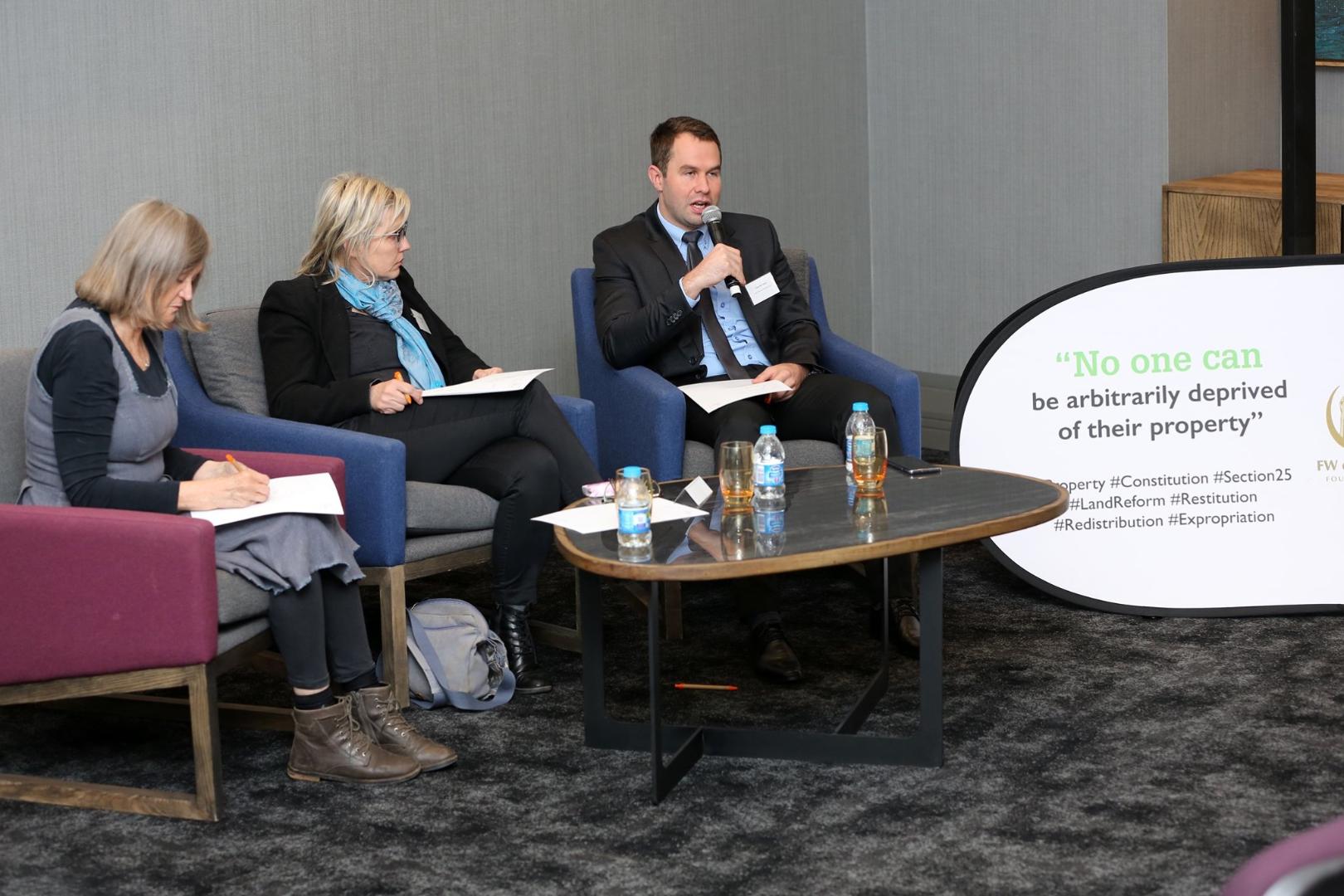 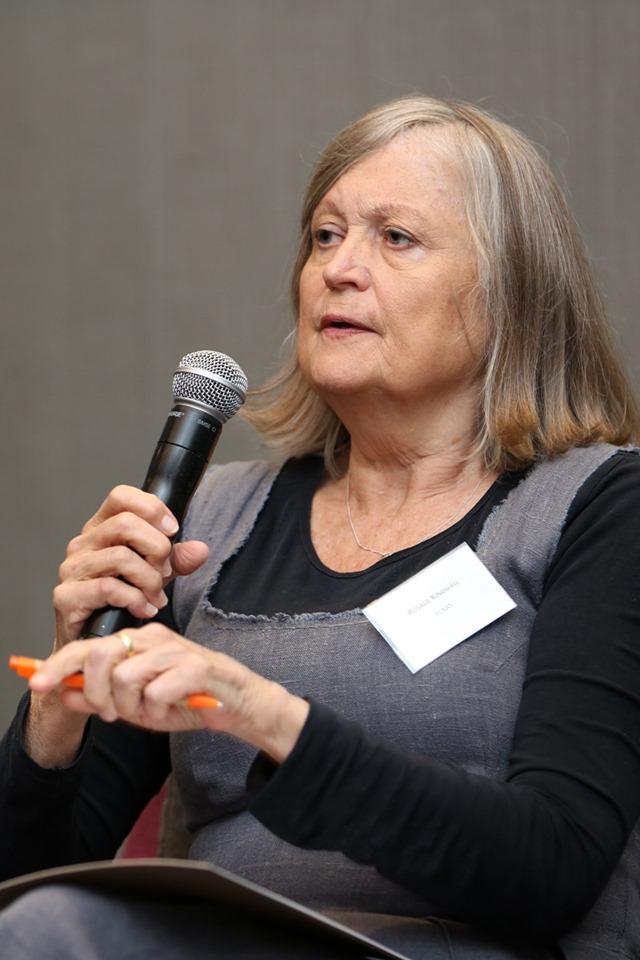 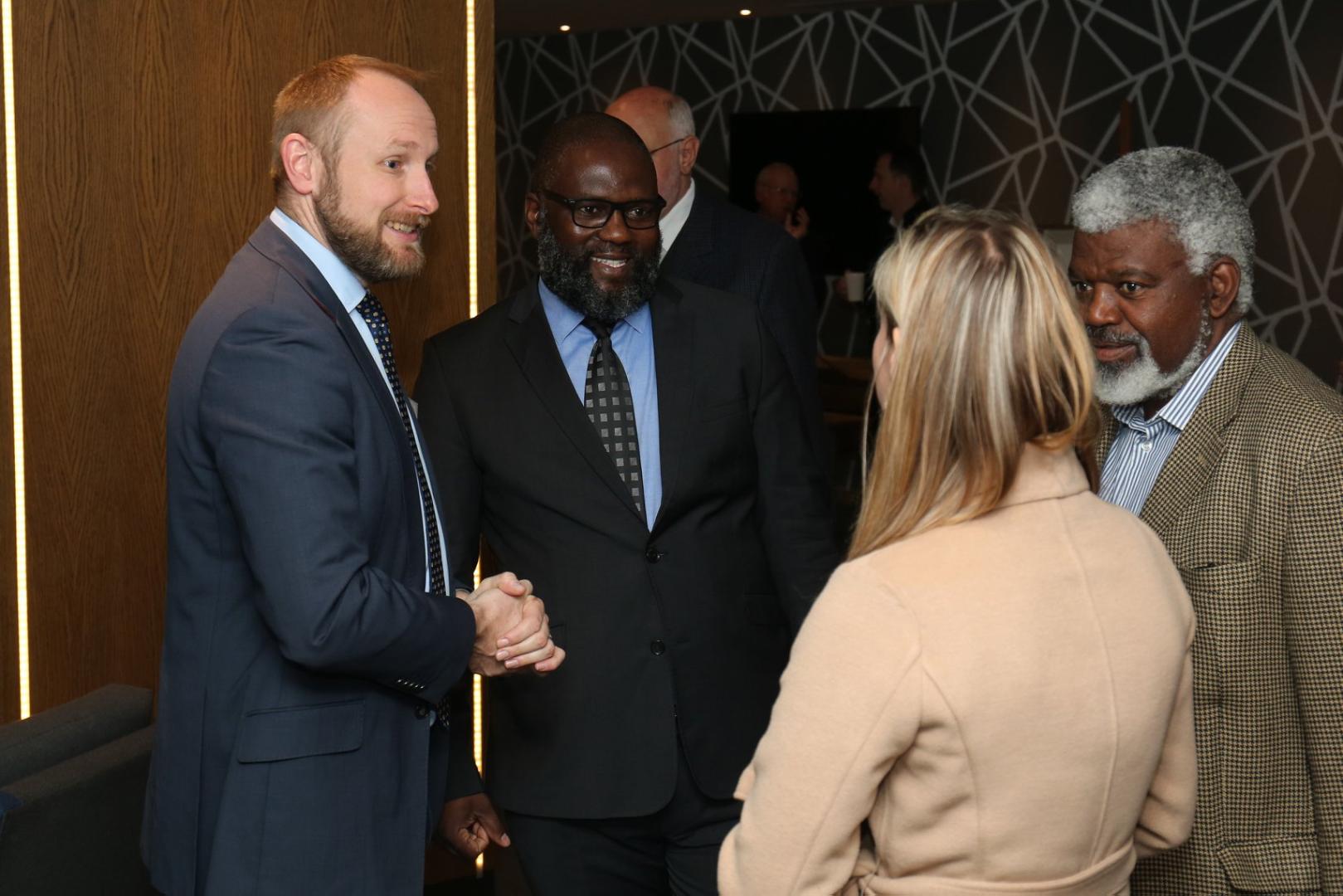 Greetings and disussions before the event 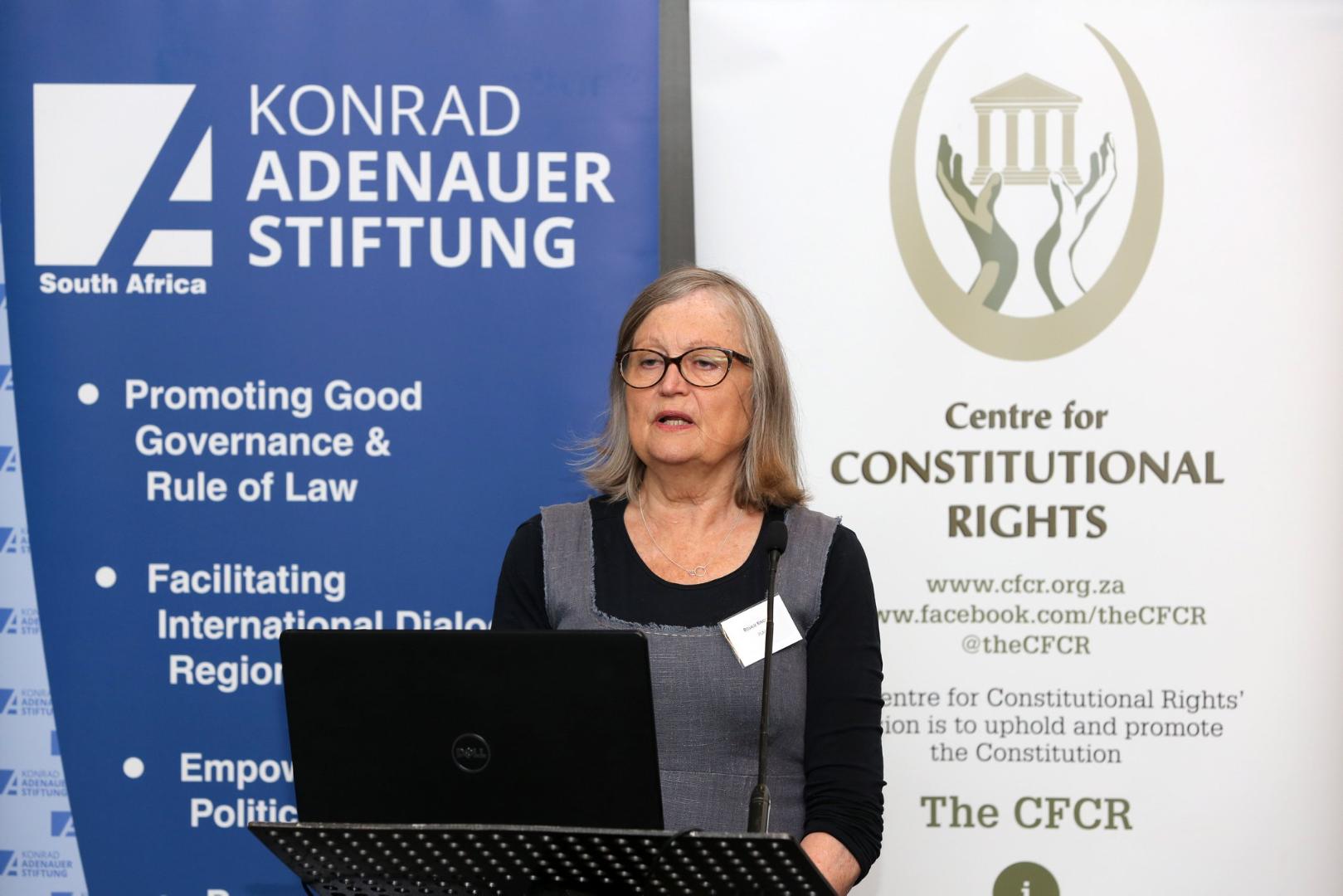 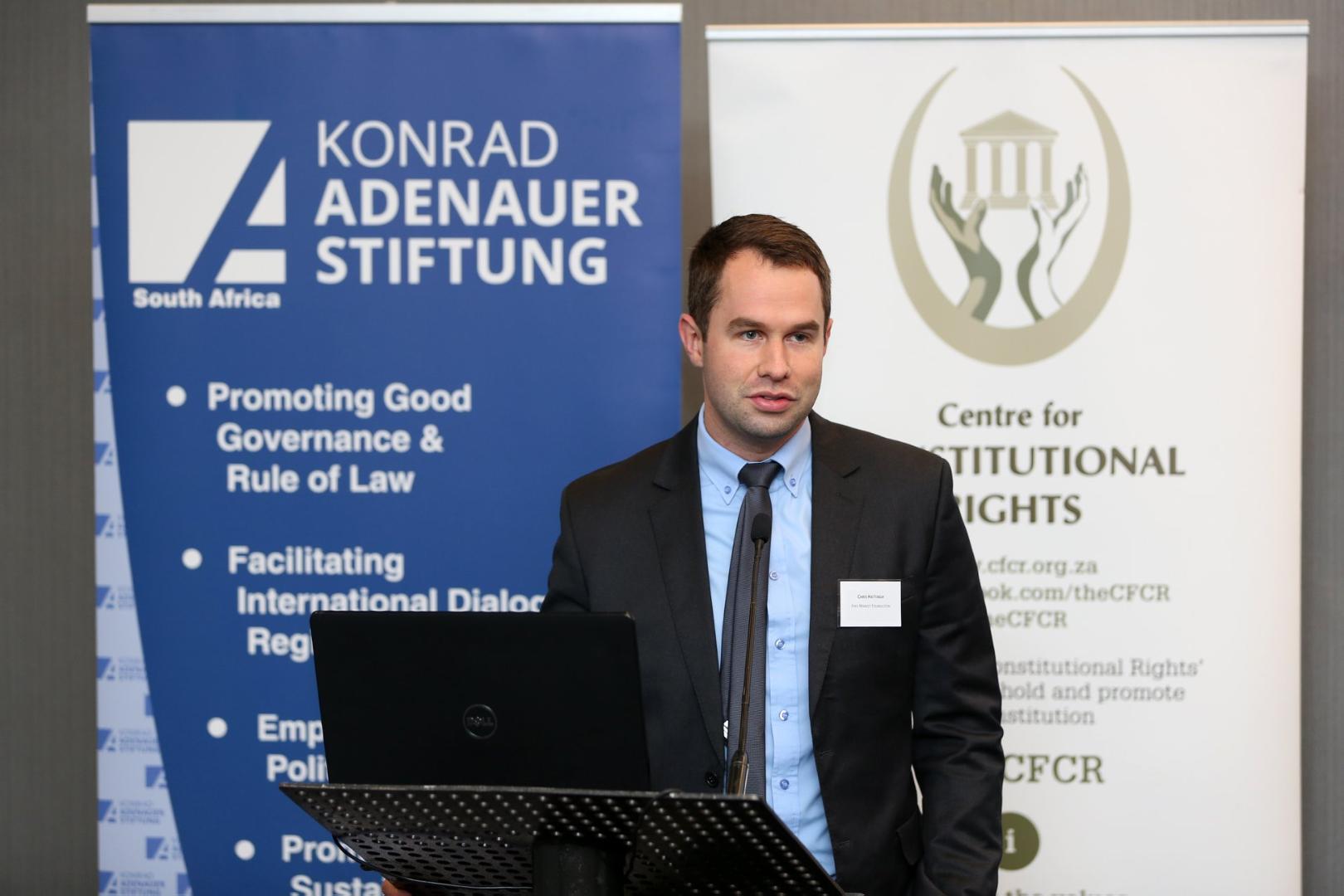 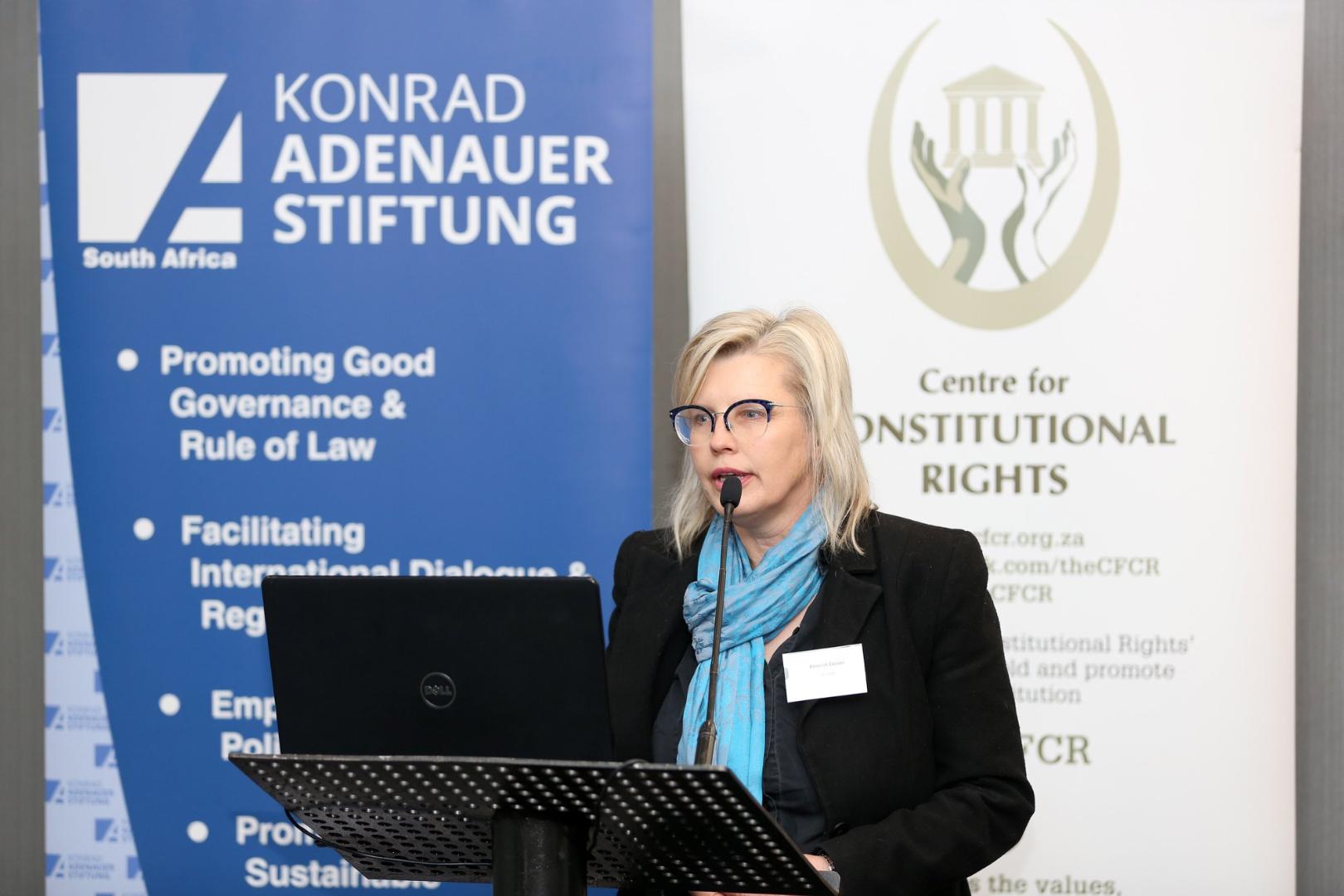 The breakfast discussion on 29 October 2019 focused on unpacking of the Report of the Presidential Advisory Panel on Land Reform and Agriculture by three invited experts, who shared their opinion and expertise with the audience. The event was jointly organized by the Konrad Adenauer Foundation and the Centre for Constitutional Rights (CFCR) and was the third in a series of breakfast discussions for 2019.

In September 2018, President Ramaphosa appointed an Advisory Panel composed of ten elected members to assist the inter-ministerial committee to come up with recommendations on land reform. The Advisory Panel was mandated to provide policy perspective on land reform regarding restitution, redistribution and tenure reform and to consider among others, the circumstances under which expropriation without compensation will be applied. The final Report of the Presidential Advisory Panel on Land Reform and Agriculture was submitted on 04 May 2019 and is a set of recommendations, not policy. A Supplementary Report was also submitted, which was drafted by two members of the panel because they could not associate themselves with some of the main findings in the main report.

To discuss the pros and the cons of the Report, the Konrad Adenauer Foundation and the Centre for Constitutional Rights (CFCR) invited Dr Rosalie Kingwill, Research Associate at the Institute for Poverty, Land and Agrarian Studies (PLAAS) at the University of the Western Cape as well as Ms Annelize Crosby, Policy Head at Agri SA and Mr Chris Hattingh, Project Manager at the Free Market Foundation.

Context is everything in South Africa

Dr Rosalie Kingwill, Research Associate at the Institute for Poverty, Land and Agrarian Studies (PLAAS) at the University of the Western Cape completed fieldwork in rural Eastern Cape and today works in informal settlements in the Western Cape. She underlined that her reflections are informed by empirical research. Her understanding reflects the importance of the historical context and is influenced by the values of social inclusion. She believes that a one-size-fits-all model will not lead to success, though there can be a unified model.

In her opinion the focus has to be on the Land Administration, a system that will link all the different types of tenure and creates a single land information portal. At the moment, the system is disjointed and fragmented, which leads to insufficient implementation on tenure and land rights.

She liked that the Panel came up with a new structure for new departments, which will help with the implementation.
She pointed out that the Report is very strong in vision and therefore can lead to renewed motivation and encourage further engagement between the government and civil society. In the process of drafting the Report, civil society played a major role as it provided expert research-based information to the Panel. Given this expertise, government should continue to include civil society in its deliberations.

Ms Annelize Crosby, Policy Head of Land Affairs at Agri SA, has been working in this field of studies for the past twenty years. In her reflections, she made reference to the Supplementary Report, drafted by Nick Serfontein and Dan Kriek. The Supplementary Report clearly states what recommendations Serfontein and Kriek support and where they differ. For those two members of the Advisory Panel the economic fundamentals were not considered enough in the Report. They take the position that expropriation will not be possible without compensation.

Agri SA believes, as Ms Annelize Crosby mentioned, that expropriation without compensation is being pursued for political reasons and reject the amendment of section 25 of the Constitution to enable expropriation without compensation. Her personal biggest concern in land reform is that currently there is no effective implementation, an insufficient budget and an epidemic of corruption.

Mr Chris Hattingh, Project Manager at the Free Market Foundation, acknowledged the impact and legacy of colonialism and apartheid in the land reform and property rights debate in South Africa. The spatial legacy hinders employment, especially when transport costs are constantly rising and many areas in South Africa cannot develop due to a lack of property rights. In his view, property rights apply not just to the land we own, but also to property we accumulate like books, cars, laptops, work we produce, etc. He questions whether a person can be secure if the property of the person is not secured.

What did we learn?

The speakers presented one common message: The Report of the Presidential Advisory Panel on Land Reform and Agriculture is an improvement on the existing debates in government. The Advisory Panel was open to new ideas and civil society played a major role in providing expert research, which was respected by the Advisory Panel.

The speakers were concerned about the effective implementation of the recommendations through the government and that there is no certainty on how the process will proceed. Most importantly, it is unclear whether the public will further be consulted or not.

The work of the Konrad Adenauer Foundation contributes to securing and increasing peace, freedom and prosperity. For the social market economy, to which the Konrad Adenauer Foundation is committed, property rights are of great importance to stabilize and grow the economy. Property Rights are protected in the South African Constitution and the decision to amend Section 25 of the Constitution to provide for expropriation without compensation must not be taken lightly. 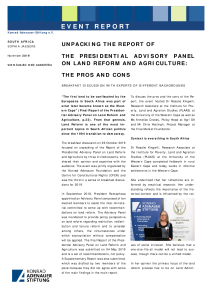