Working with Cyril and Madiba 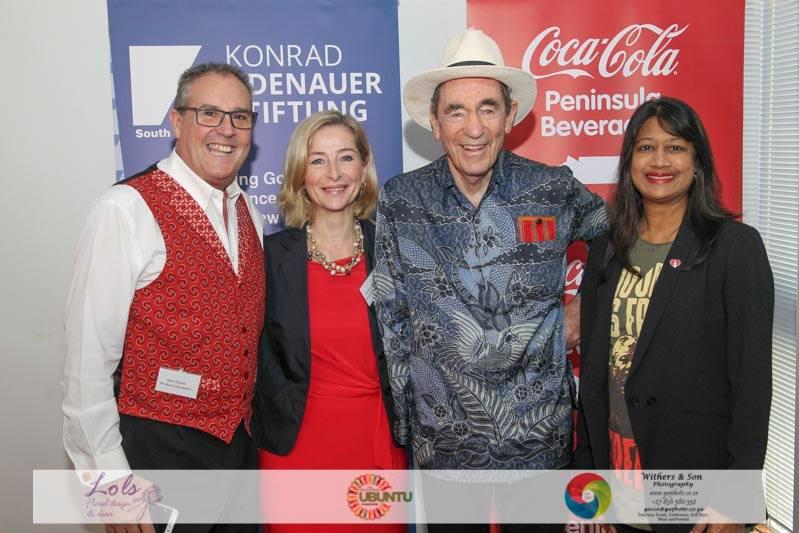 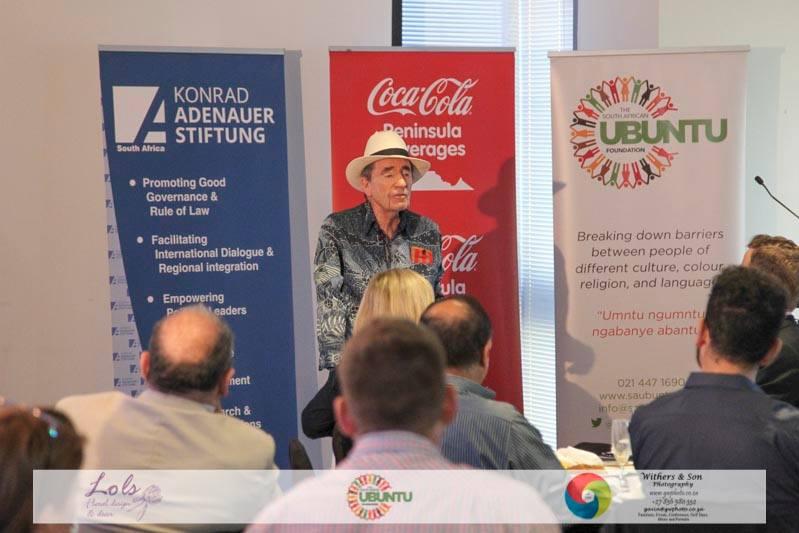 Albie Sachs during his speech 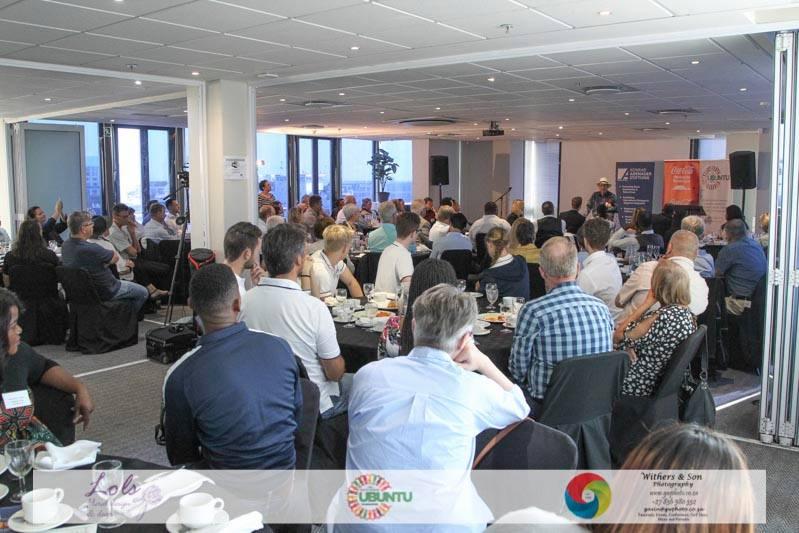 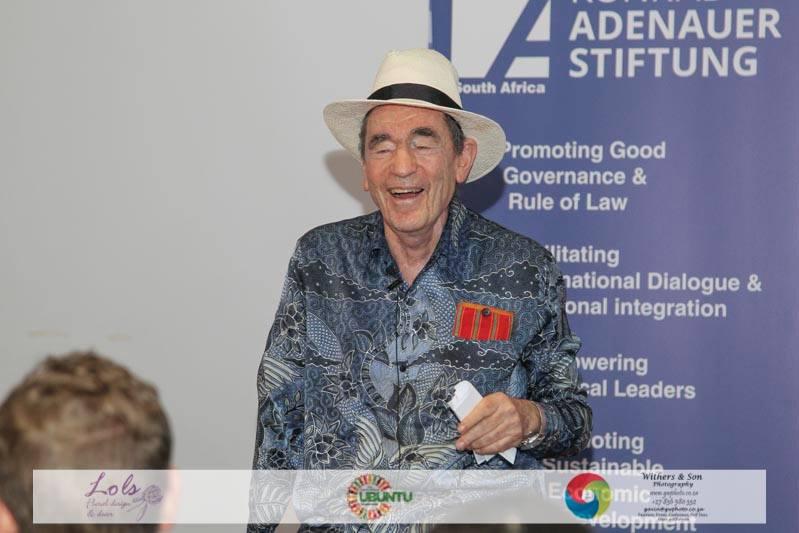 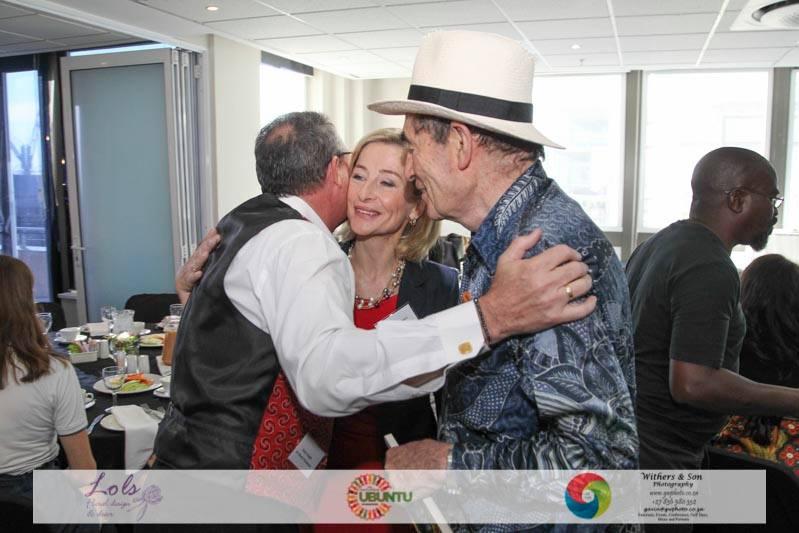 Albie Sachs, an activist and former judge on the Constitutional Court of South Africa, spoke about the topic "Working with Madiba and Cyril".
Sachs began practising as an advocate at the Cape Bar at the age of 21, defending people charged under the racial statutes and security laws of apartheid. After being arrested and placed in solitary confinement for over five months, Sachs went into exile in England, where he completed a PhD from Sussex University.
In 1988, he lost his right arm and his sight in one eye when a bomb was placed in his car in Maputo, Mozambique. After the bombing, he devoted himself to the preparations for a new democratic constitution for South Africa.
When he returned home from exile, he served as a member of the Constitutional Committee and the National Executive of the African National Congress. Sachs was instrumental in drafting the South African Constitution, often hailed as one of the most progressive Constitutions in the World.

A call for experiencing history
Mr Kevin Chaplin, managing director of the SA Ubuntu Foundation opened the event and was followed by Christina Teichmann, KAS project manager, who welcomed the audience on behalf of the Foundation.

In her speech, Teichmann highlighted the value to learn about history not only through books but through “Zeitzeugen” or contemporary witnesses, especially for the youth. According to Teichmann Justice Albie Sachs is one of those important and influential Zeitzeugen for the critical time period of 1990 until 1996 which saw the end of Apartheid, South Africa's first democratic elections and the adoption of a new constitution.
Albie Sachs played an instrumental role in the drafting of the South African Constitution and later as one of the first judges on the Constitutional court to apply these principles. Despite the important contribution towards South Africa's democratic transformation process of prominent individuals such as Nelson Mandela, FW de Klerk, Cyril Ramaphosa, Roelf Meyer and Albie Sachs, Teichmann pointed out the crucial role ordinary citizens’ play in shaping a country's future. For more than five decades KAS promotes active citizenship through political education and training not only in Germany but worldwide.
Moreover, Teichmann made the point that history is shaped by memory and opinion. As a result, history gets often distorted and told from different point of views. For this very reason, opportunities to speak to “Zeitzeugen” like Albie Sachs, who lived through this special time in history, are a unique opportunity and a special privilege.

Albie Sachs acknowledged the great influence the struggle against Apartheid had on his personal development and life. He mentioned important stepping stones in South Africa’s democratisation process and the challenges members of the ANC were facing during the CODESA process.

According to Sachs, the ability to draft a Bill of Rights cannot be learned from books. Instead one has to have intuition and life experience in order to know what a Bill of Rights needs to include. In Sachs’ words “it must scream from inside of you.”
Although all persons involved were highly intelligent and experienced individuals, Sachs perceived Cyril Ramaphosa as being ahead of them in the sense that Cyril had a strong sense for the right timing. He was the second man after Nelson Mandela. His role was to observe what is going on and to report to Madiba. Cyril liked to surround himself with other strong people and was able to work with others successfully, getting people on his side and overcoming opposing views.

A constitution made by and for all people
Two points were of special importance for Sachs during the process of developing and adopting the new constitution.
Firstly, the need for a new South African system that is based on equality instead of power-sharing with an entrenched white supremacy as well as one consistent with minority rule. In his view the negotiation process could be summarized as the battle about what kind of political system should be created: power sharing between different racial groups or a non-racial democracy for all.
Secondly, the new constitution would only be legitimate if drafted by a body and approved through sufficient consensus of the constitutive assembly, which had representatives from all the major political parties. Therefore, the idea of a 2/3 majority vote was rejected and the need for sufficient consensus established. The decision thereof was given to two judges, which in doing so laid the groundwork for South Africa’s Constitutional Court.

A strong sense of justice
Touching on his personal motivation on taking part in the anti-apartheid movement and the drafting of a new constitution, he explained that he grew up in a household where a strong sense for justice was present. As a consequence, he believes he was “born into it” and had no other choice than to join the liberation movement. Even more, he perceived being part of the struggle for freedom as a privilege. Particularly after the assassination attempt in 1988, he felt that there was no better medication for him than to work towards the building and creation of a new non-racial and democratic South Africa.

Looking into the present, Sachs recognizes the South Africa of today as a transformed country with a functioning constitution, meaningful elections, strong judiciary and an active media.
In reference to the prospective outcome of the various commissions on inquiries recently set up by president Ramaphosa, Sachs acknowledges the way of discovering the truth in an organized way and with the assistance of institutions that were created for that purpose in the first place. He appreciates Ramaphosa’s approach to deal with corruption according to the rule of law instead of taking the law into his own hands and using his presidential powers. In Sachs’ view, this strategic attempt will be more profound even though it might take longer.

Albie Sachs’ keynote address was followed by a Q&A Session, where the audience had the possibility to ask questions.

Watch a video of the dialogue here. 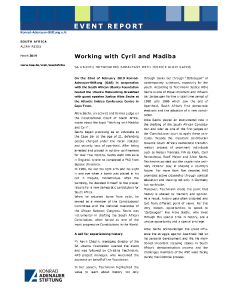