On June 30th 2015 KAS Uganda and South Sudan will host a one day conference on the role of the private sector in ensuring inclusive economic growth in Uganda. The conference is organized in conjunction with private sector associations.
June 30, 2015 8:00am Clock

The conference is based on two fundamental premises: First, an acknowledgement that a concerted effort is needed to address individual and systemic challenges posed by social and economic exclusion. Second, for change to occur; there is need for a genuine partnership between government and the private sector to build systems that can deliver sustainable and scalable solutions.

The general idea that the private sector is central to development is not a new one. Over a decade ago, the Commission on the Private Sector and Development issued its 2004 report to the United Nations Secretary-General, Unleashing Entrepreneurship: Making Business Work for the Poor, while the theme of the 2005 World Development Report was A Better Investment Climate for Everyone. However, it is only in recent years that the private sector has arguably come to be seen as central to development efforts, and that the full range of activities and actors associated with the “private sector” began to be fully considered as part of development strategies. Indeed, there is growing consensus internationally that reducing.

The inclusive growth debate introduces the idea that while efforts to tackle inequality, poverty and promote growth can be mutually reinforcing, this link is not automatic. For example, in a report on inclusive growth, the Organization for Economic Cooperation and Development (OECD) (2012) identifies three problems that even the record levels of growth of the 1990s and decade of 2000s failed to tackle: poverty, unemployment and inequality. These highlighted the need to address the quality of growth, in particular to improve its inclusiveness.

Despite the agreed urgency to achieve inclusive growth, there is surprising little clarity as to what it actually is, with important differences in approach among key institutions and governments: the World Bank, African Development Bank (ADB) and International Policy Centre for Inclusive Growth (IPC-IG) all have different definitions and understandings.

In per capita terms, Uganda’s income growth averaged 4.0 percent. This growth is well above the Sub-Saharan African average of 0.8 percent. More recently, toward the end of the 2000s, growth slowed down because of a number of shocks, both globally— including the global economic crisis—and domestically as a result of volatile weather that affects agriculture. In addition, there have been some effects on economic performance as the economic conditions start mapping the political cycle. However, the good performance on the growth front has been accompanied by a not-less-stellar performance in poverty reduction. Indeed, between 1992/93 and 2009/10, poverty (headcount, based on the national poverty line) declined from 56.4 percent to 24.5 percent, with both rural and urban poverty declining (the former from 60.2 percent to 29.1 percent and the latter from 28.8 percent to 9.1 percent). Further, according to the 2014 poverty status report, the national poverty rate fell to 19.7% in the 2012/2013 financial year from 24.5% in 2009/2010. Poverty in rural areas also fell by almost two-thirds to 22.3% in 2012/13 from 60.4% in 1992/93. The share of the vulnerable non-poor fell in urban areas but rose in rural areas. There was almost no change in urban poverty in those years.

In line with KAS efforts of promoting an idea of a social market economy, where the principles of capitalist free markets are in balance with social protections, private sector stakeholders are invited in a dialogue to consider “the role of the private sector in engendering inclusive growth”. Participants will be drawn from a wide spectrum of private and public sector stakeholders to discuss the challenges and opportunities Uganda faces in promoting inclusive growth. 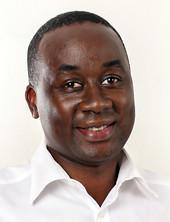