The way we treat our planet needs change. Uganda needs change. And this change needs the support of companies, NGOs and private actors. But even these actors often need financial support in order to advance climate protection goals. In cooperation with the African Centre for Trade and Development (ACTADE), the Konrad Adenauer Stiftung (KAS) therefore organised a workshop at which all those present were better informed about the means of financing climate programmes.
March 28, 2019 Ordering Information 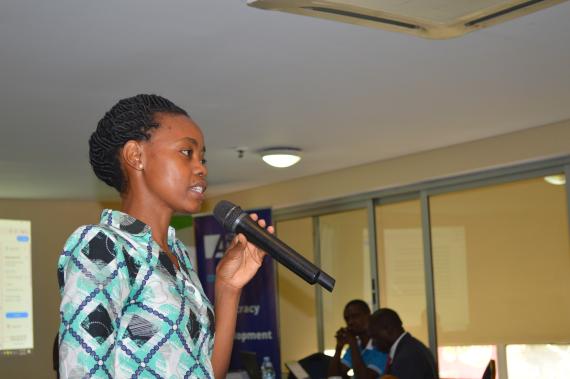 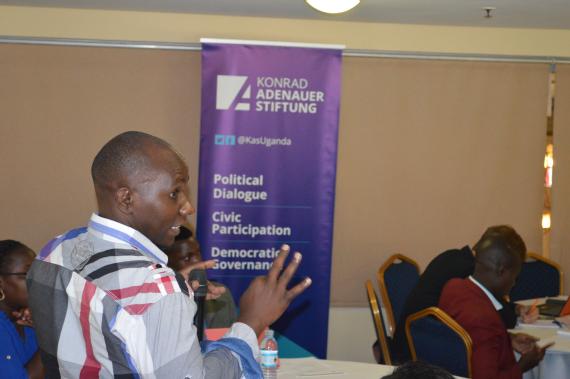 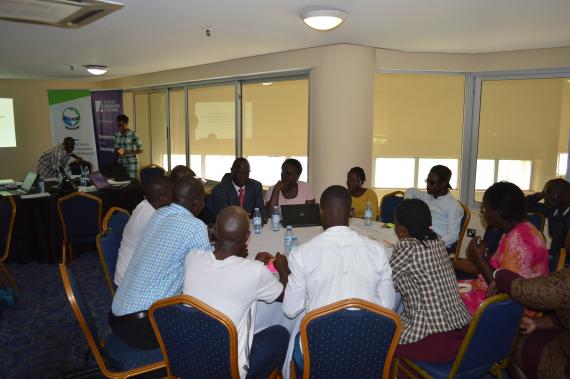 Various actors from the private sector, representatives of NGOs, farmers and various climate experts as well as a representative of the Ministry of Water and Environment accepted the invitation to the workshop. Together they faced the big question of how successful financing of climate protection programmes should look like and how it can be used. In view of the urgency of the issue, another question also stood in the foreground: Are non-state actors sufficiently prepared to make their contribution to climate protection programmes and to utilize corresponding funds effectively?

Some of the participants were already familiar with the basics of climate financing and had already participated in an earlier event in November. The workshop seamlessly followed up on the past workshop by focusing on access to these funds instead of projects that can be used for climate protection. The debate focused most of the time on the Green Climate Fund, in which the participants showed particular interest right from the start.

The aim of the support programme is to support companies and players with funds for projects and investments that either enable them to reduce their own emissions or achieve greater resilience to the effects of climate change. A higher ability to compensate for changes in the climate was of particular interest to the farmers present, who often lack the financial resources for corresponding projects without appropriate support.

However, the first speaker, Joseph Epitu, emphasised that such projects are of particular importance. With Kenya, Tanzania and Mali in mind, he pointed out that innovative and new approaches to dealing with climate change are both necessary for the group of least developed countries in the world, but also offer a perspective. Therefore, Epitu said, it is necessary to finally raise the awareness of the most important actors for climate protection and to be ready to think outside the box and find new approaches.

When more attention was given to the possibilities that would allow the participants to finance such projects, the audience showed that this part of the workshop was urgently needed. Several participants reported on their unsuccessful attempts to obtain funding, while others said that they had not known about this funding at all.

The subsequent instructions and tips on how to access Climate Funds were therefore received with corresponding enthusiasm. In this context, the requirements to be met by an organisation or company in order to apply for a claim were discussed in great detail. In addition, the participants were shown which bureaucratic hurdles and formalities must be observed when applying in order to enable the participants to deal with their own projects safely and to have the best prospects of demanding their own projects.

In the end, the innovative perspective was emphasized again and the will as well as the creativity of the participants was encouraged when discussing the criteria that projects have to fulfil in order to be supported. This gave the various guests the opportunity to contribute their approaches and discuss a wide range of projects and innovations. This was even extended in later group discussions, where the participants could actively exchange information about programmes and their own proposals.

In addition, the Ministry of Water and Environment surprised the participants with further positive news when it was announced that Uganda had recently gained access to further international funds, giving the programmes more scope for financial support. With this current success behind them and the improved preparation of the actors who participated in the workshop, the way should hopefully be clear for future projects and positive development.