Civil society organisations representing citizens in bargaining a social contract with the state.

The challenges facing young people in Uganda are enormous and the actors working to do something about them are diverse. But even with all these efforts, policy outcomes are yet to reflect and effect the interests of the youth. Therefore, without proper coordination, there are significant risks of duplication, limited prospects for sustainability and failure to impact on the public policy environment.
May 16, 2017 Ordering Information 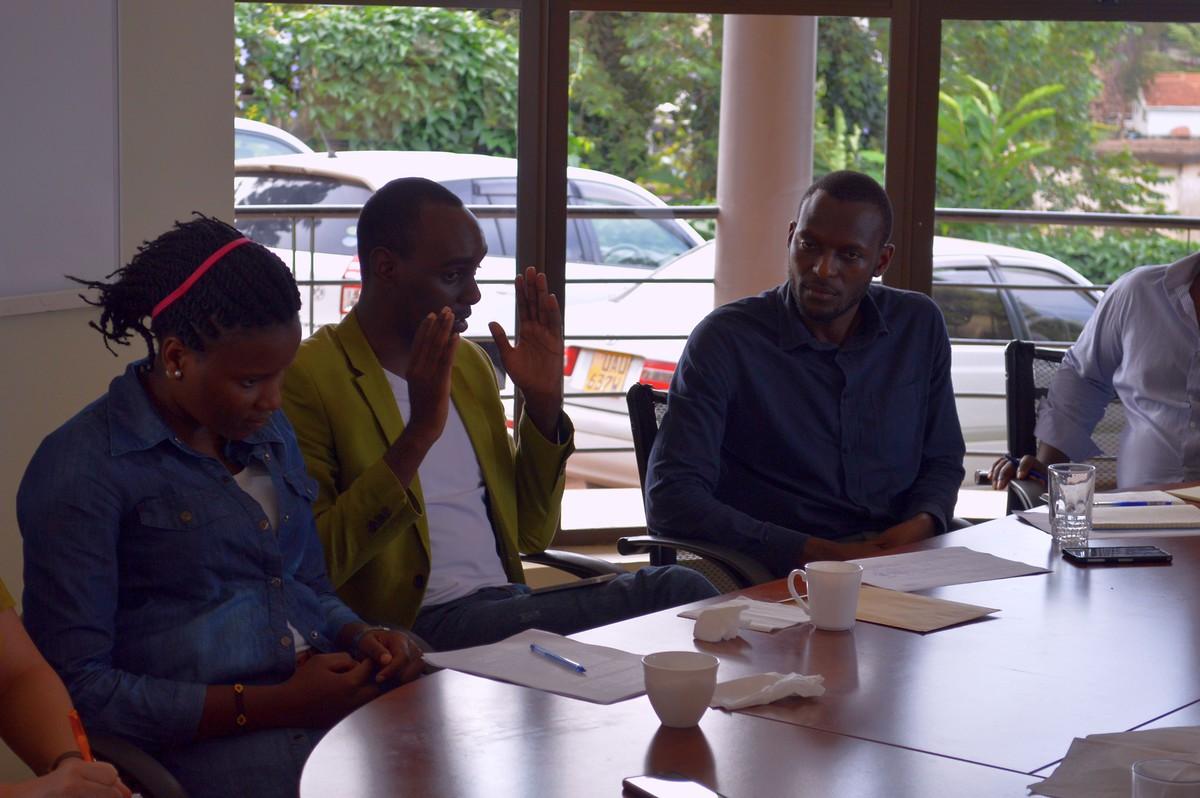 The Konrad Adenauer Stiftung on 04th of May 2017 organised a roundtable discussion with its partners working with the youth in Uganda. The discussion aimed at identifying opportunities for building synergies amongst the partner organisation and engaging the state for more effective and sustainable intervention.

During the discussion, the relationship between the state and the civil society as complementary actors in development was emphasised. Noting that the state has the primary duty to deliver public goods and services and provide a regulatory framework where all actors operate, civil societies on the other hand provide crucial information about existing gaps and the needs of citizens. Therefore, a rich network of groups and organizations (CSOs) are necessary to provide both checks on the activities of government and to create an environment in which individual values of tolerance, participation, and civic virtue can be nurtured. It was however, noticed that such organizations rely on third-party enforcement of agreements and relationships between the organization’s members, or agreements between the organization and outside actors. Thus, the need to build synergies and cooperation with the state.

It was also realised that synergising and cooperation with the state comes with challenges including issues of trust and relationship building with powerful actors and the challenge of civic actors to maintain their independence as organisations that operate in the public sphere. Besides, the interests of the parties involved and the nature of the civil society organisations complicates bargaining a social contract. As of the interests, it was noted that political elites who represent the state are mainly interested in protecting their interests (assets) at the expense of serving the citizens. Equally noted was that, the interests of some CSOs are not aligned to the interests of the people they represent. Whereas the nature of the CSOs, it was noted that most NGOs which have dominated the CSO space are socially rootless organisation with no connection to the people they claim to represent. Furthermore, the discussion pointed that CSOs in Uganda are under some kind of self-censorship, not willing to confront the state. Yet meaningful bargaining requires relatively equal partners.

It was however, noted that CSO can start constructive engagement with the state at the local government levels which can gradually go up the political ladders to the central government. Indeed, decentralisation was observed to have an incomparable importance as a political strategy of distributing power within the state system as well as a way of linking social and political groups to the political decision-making processes. The other opportunity was for national CSOs to build synergies and coordination with grass-root organisations which have the trust and connections with the local population. This cooperation was viewed to develop the grass-root civil society organisations but also will win trust and membership of the local citizenry to the national CSOs which would fundamentally rise their bargaining position with the state.