“Debate is the foundation for the progress of the world”

Final National University Debate Competition for students from all over Uganda

Together with our partner Action for Development (ACFODE), we held the National University Debate in Kampala from the 6th to the 7th of March. More than 40 students coming from ten different universities in Uganda discussed about various controversial issues such as political representation, feminism, women emancipation, gender neutral language and “women only” spaces.
March 13, 2019 Ordering Information 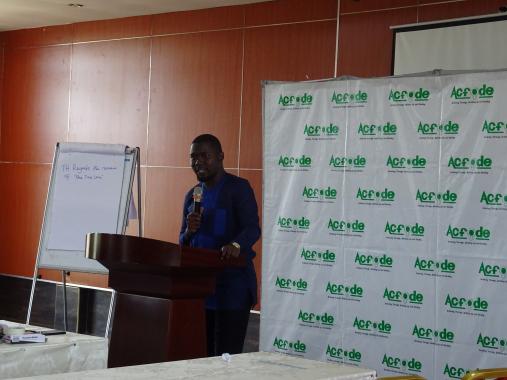 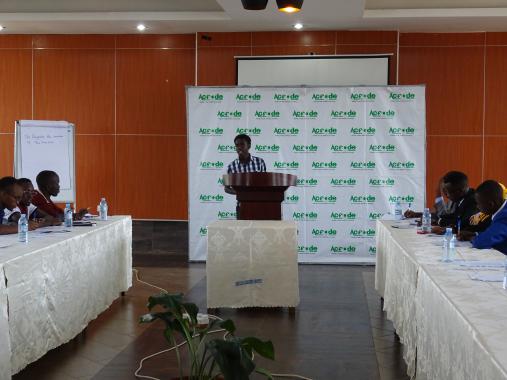 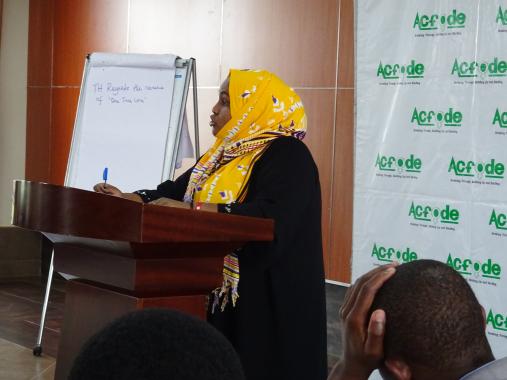 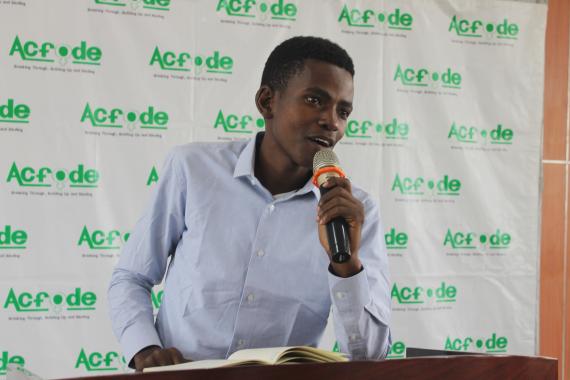 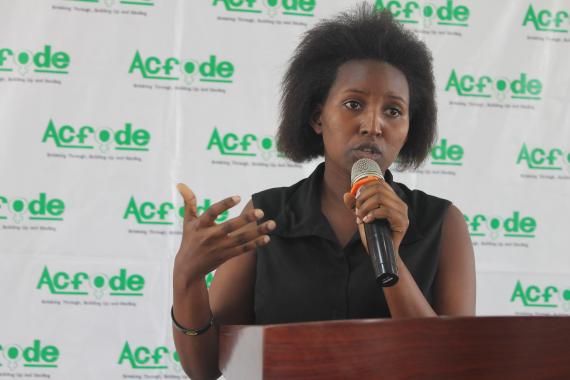 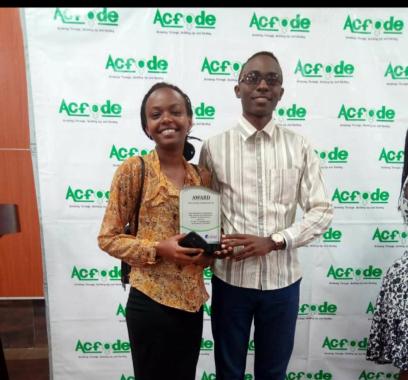 The champions of the National University Debate Competitions: Ebise Emiru and Ainomugisha Barry

“By nature debate is a contrast of ideas. It helps society to proceed and is therefore the foundation for the progress of the world” – Jacob Eyeru from Debate Society Uganda emphasized before the debates started. In his impressive keynote, he answered the question of how debate can serve as a vehicle for enhancing good governance and youth participation. Particularly, young people must be trained in debating because it enhances their knowledge, understanding and development of ideas for a better society. As many young people “cocoon in their fears and forget what contribution they could make with their participation”, the debate competitions are necessary to empower the young generation.

The two days competition entailed four debate rounds concluding with the semi-finals and the finals. The 16 teams who qualified in the previous regional competitions debated in the British parliamentary format, the most common format used in university competition. In application, it means that in each debate four students represent the government side, two other teams take the stand for the opposition.

A great starting debate about ‘Choice Feminism’ – a form of feminism which claims that feminism should promote the choice of women – gave all participants the chance to express and underpin their arguments. In contrary to the government side which stated that “some of the choices could bring the women back to patriarchal structures”, the opposition stressed that “it must be the woman’s choice as she has the right to choose according to the constitution.”

Much disagreement arose about the relevance of affirmative action in political representation, the topic of the second debate. In particular, the opposition emphasized that the problem of unequal political representation is still a real problem many people in Uganda are facing. The government side stated that there are already many women who are in higher positions and that there is no necessity that women have to be represented by women.

The first round of the second day started with the question of implementing a monthly wage for stay at home parents. “It supports the parents to raise the children in the best way they can which contributes to the future development of Uganda” stood against “the majority of the Ugandans do not have the various life skills which are necessary to raise children like teaching the national curriculum”.

Entering the last debate round before the finals, the 8 best teams discussed if gender-neutral language can contribute to gender equality. “Speech has no value when a women is not able to be elected in our parliament”, the government side proposed to focus on the root of the problems by addressing the primary stages to achieve gender equality such as basic education. The teams representing the opposition countered that “language can change attitudes to lead us to the right directions in our rapidly evolving society”.

The finals of the Debate Competition brought the best four teams together to discuss if ‘women only’ spaces enhance gender equality. The government side focused on the fact that these spaces isolate women and that the “knowledge and voices of women and men must be brought together to change the mindset of society”. The opposition considered isolation as a benefit as it “creates a safer and fair ground for women to enhance their skills to engage in the same activities as man”.

The winners of the National University Debate Competitions are Ebise Emiru and Ainomugisha Barry from the Makerere University. At the end of the debates, Bernard Mukhone, Programme Officer of Konrad-Adenauer-Stiftung (KAS), reminded the students that they “all have something to offer, something important to say that people should listen to”.

Combining personal experiences, hard facts and an individual sense of humour, the 40 students dived deeply into high-level debates about social, political and economic questions. In a respectful, fair and disciplined atmosphere, they gained knowledge, advanced their critical thinking and developed new ideas for challenges Uganda is facing today. The competition showed once more the great potential laying in Uganda’s youth discussing professionally about crucial topics for Uganda’s future such as women empowerment and political participation.