THE AGENDA 2063 AND DEVELOPMENT IN UGANDA

In 2013, African heads of government agreed to form an agenda that would guide national development frameworks of the member states in achieving certain development aspirations that the continent is aiming to attain over the next 50 years.
May 14, 2016 Ordering Information

The following aspirations form the basis of agenda 2063.

1.A prosperous Africa based on inclusive and sustainable development

2.An integrated continent, politically united based on ideals of pan Africanism and the vision of Africa’s Renaissance

3.An Africa of good governance, democracy, respect for human rights, justice and the rule of law

4.A peaceful and secure Africa

5.An Africa with a strong cultural identity, common heritage, values and ethics

6.An Africa where development is people-driven, unleashing the potential of its women and youth

7.Africa as a strong, united and influential global player and partner

One by one, the members of the think tank painted a visual picture of where they would desire to see Africa in the next 50 years while pointing out the challenges that might stand in the way of realizing the set aspirations. Seven different groups were assigned each to one aspiration with the task of creatively visualizing it and present to the bigger group. In an interesting but intellectually stimulating twist, the visual impressions created a framework for understanding the Agenda 2063 within the African context. With visuals depicting various components of the Agenda like culture and identity, infrastructural development, trade and commerce, human rights and social justice, among others members of the think-tank simplified the Agenda 2063, an exercise which laid a firm foundation for the afternoon session by experts from the National Planning Authority (NPA), the government entity that handles the design and implementation of development frameworks.

The NPA officials contextualized the Agenda 2063 within the context of national and international development frameworks like the SDGs, the Vision 2040 and the newly launched NDPII. During the discussion, there was a clear indication that NPA has achieved incredible milestones in aligning the Vision 2040 to international frameworks like the SDGs. In fact, Uganda has achieved a 76% SDGs to NDPII alignment rate. The alignment rate between Agenda 2063 and Uganda’s national development plans still remains a subject of debate as neither the government nor the AU have undertaken deliberate studies to establish it. The NPA officials also indicated that in spite of the weak mechanisms of monitoring progress indicators; some key milestones had been reached. The biggest challenge to achieving development progress in Uganda still remains a situation economically termed as Jobless growth. According to the presenter, every 1% GDP growth increase in Uganda generates only 400 jobs which is far much below the international standard of 10,000 jobs which should be created with a corresponding 1% GDP growth rate.

The final day was dedicated to the critical appraisal of the agenda 2063 highlighting the institutional, financial and other challenges that are likely to slow the rate of realizing the agenda. One key challenge that was pointed out was the lack of commitment on the part of member states to self-regulate and implement the proposals that are central to the sustainability of the framework. Member states are reluctant to fund the agenda due to the different priorities of the members but also that means that majority of the funding will be external. This in itself implies that the agenda will not be African but rather the interests of those who fund it will be given priority. It was highly recommended that African member states take responsibility to fund what the continent considers its agenda as one of the biggest steps towards an independent Africa. 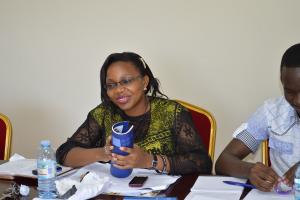 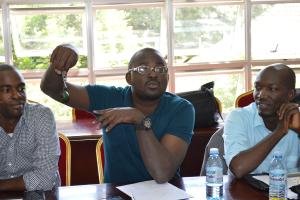 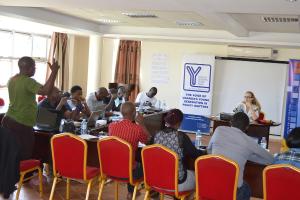 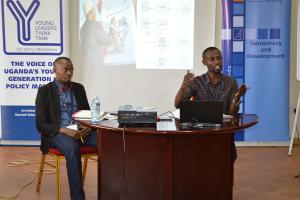 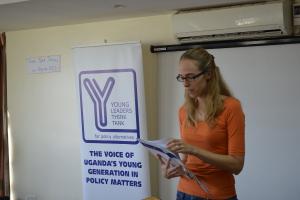