Women and youth participation is not a favour but a fundamental right guaranteed by both, national and international law. - Foundation Office Uganda and South Sudan

Women and youth participation is not a favour but a fundamental right guaranteed by both, national and international law.

Between 16th and 18th April the Konrad-Adenauer-Stiftung (KAS) organized in cooperation with its partner National Youth Council (NYC) a National Youth Council Training of Secretaries for Female Youth Affairs. 38 participants were trained in promoting their skills and capacity to participate actively in democratic processes.
April 24, 2019 Ordering Information 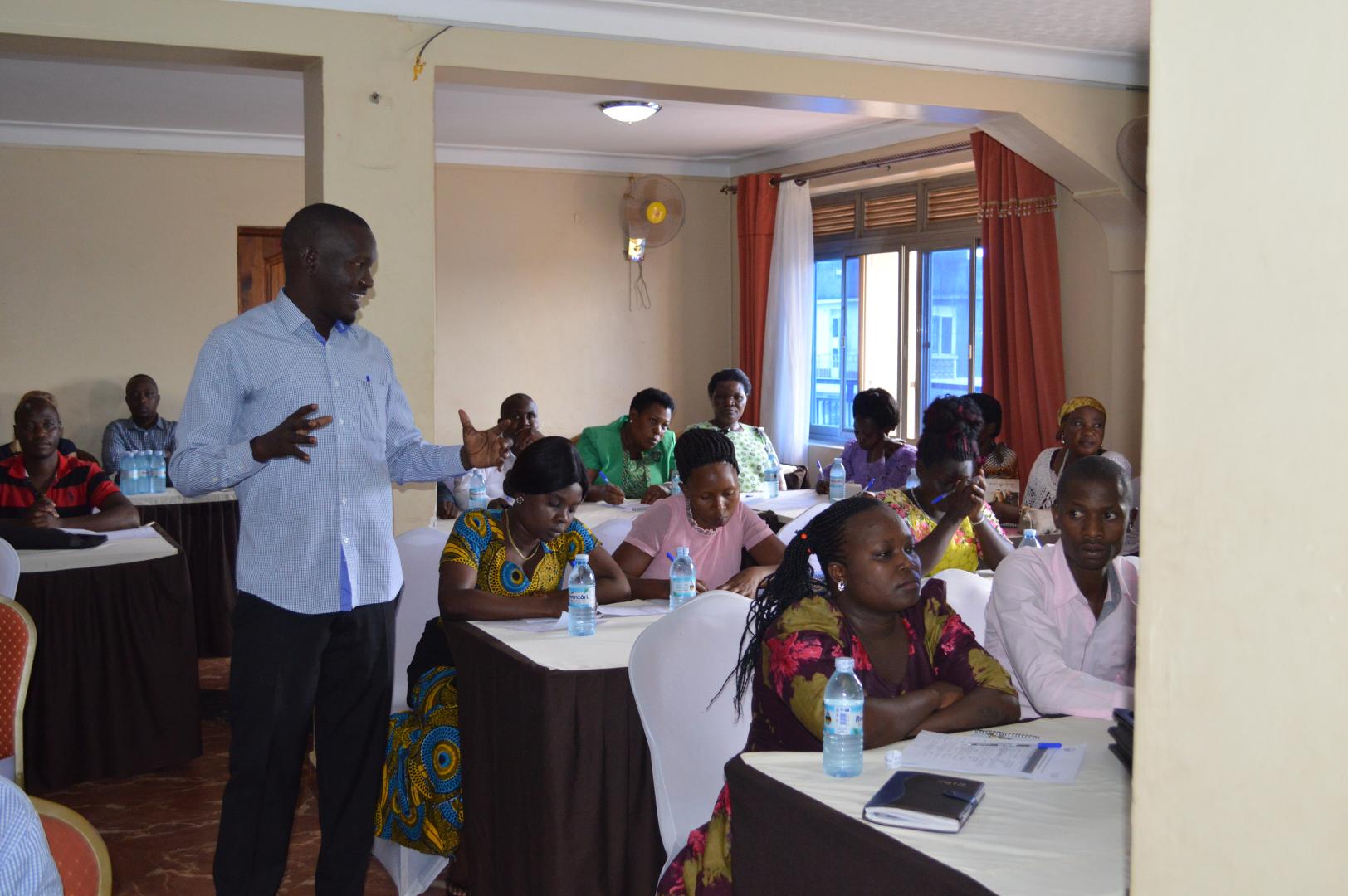 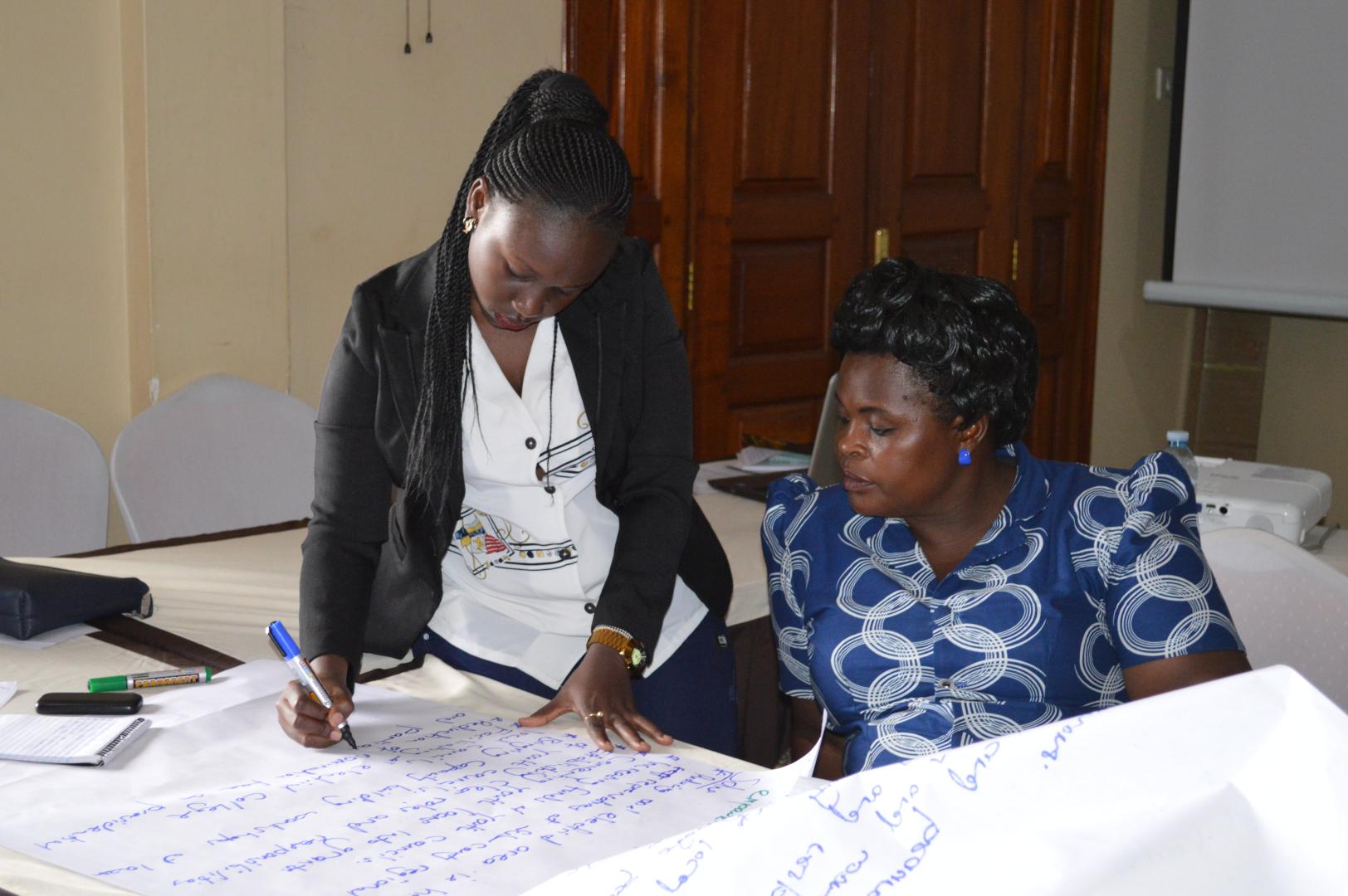 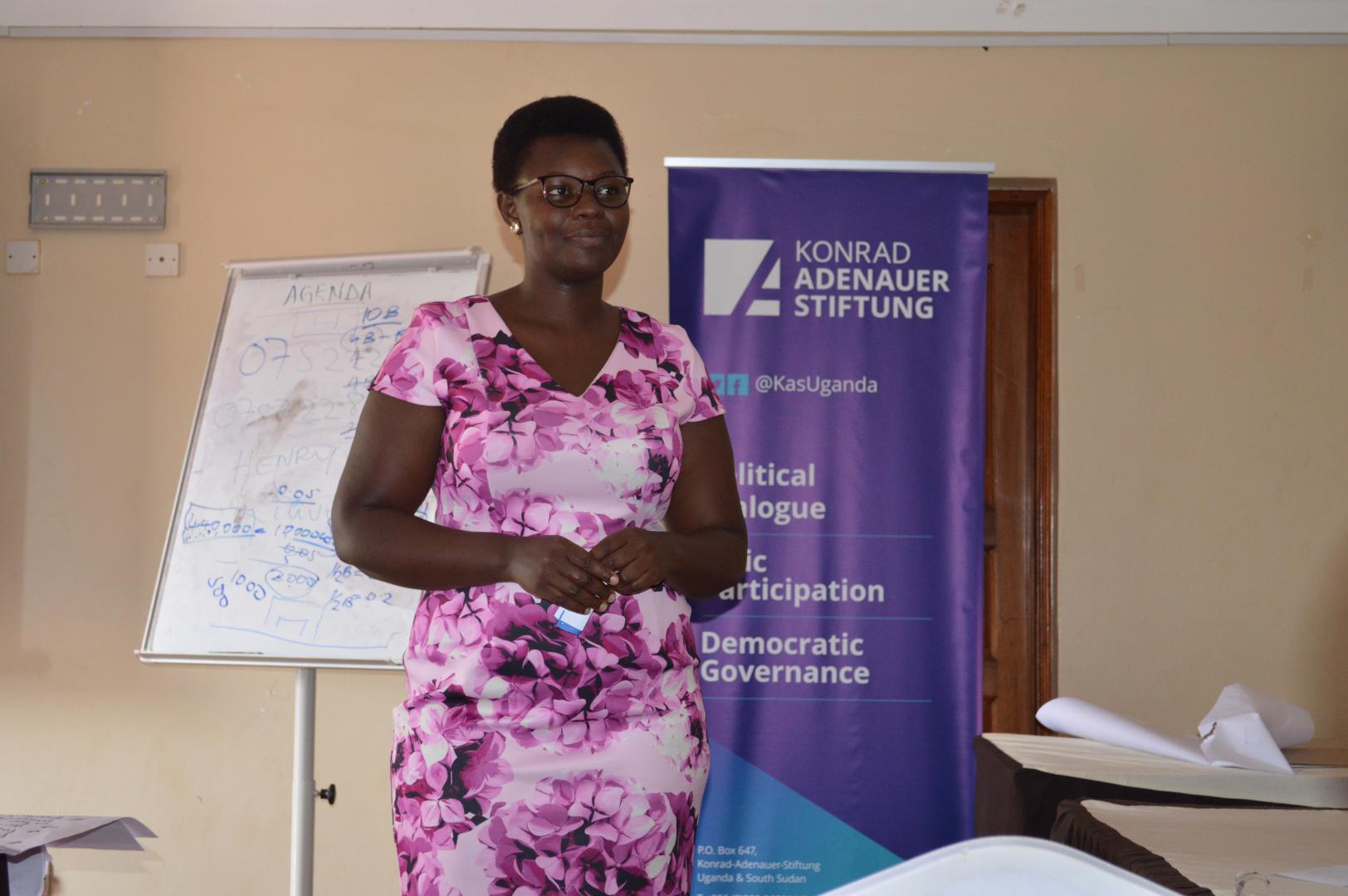 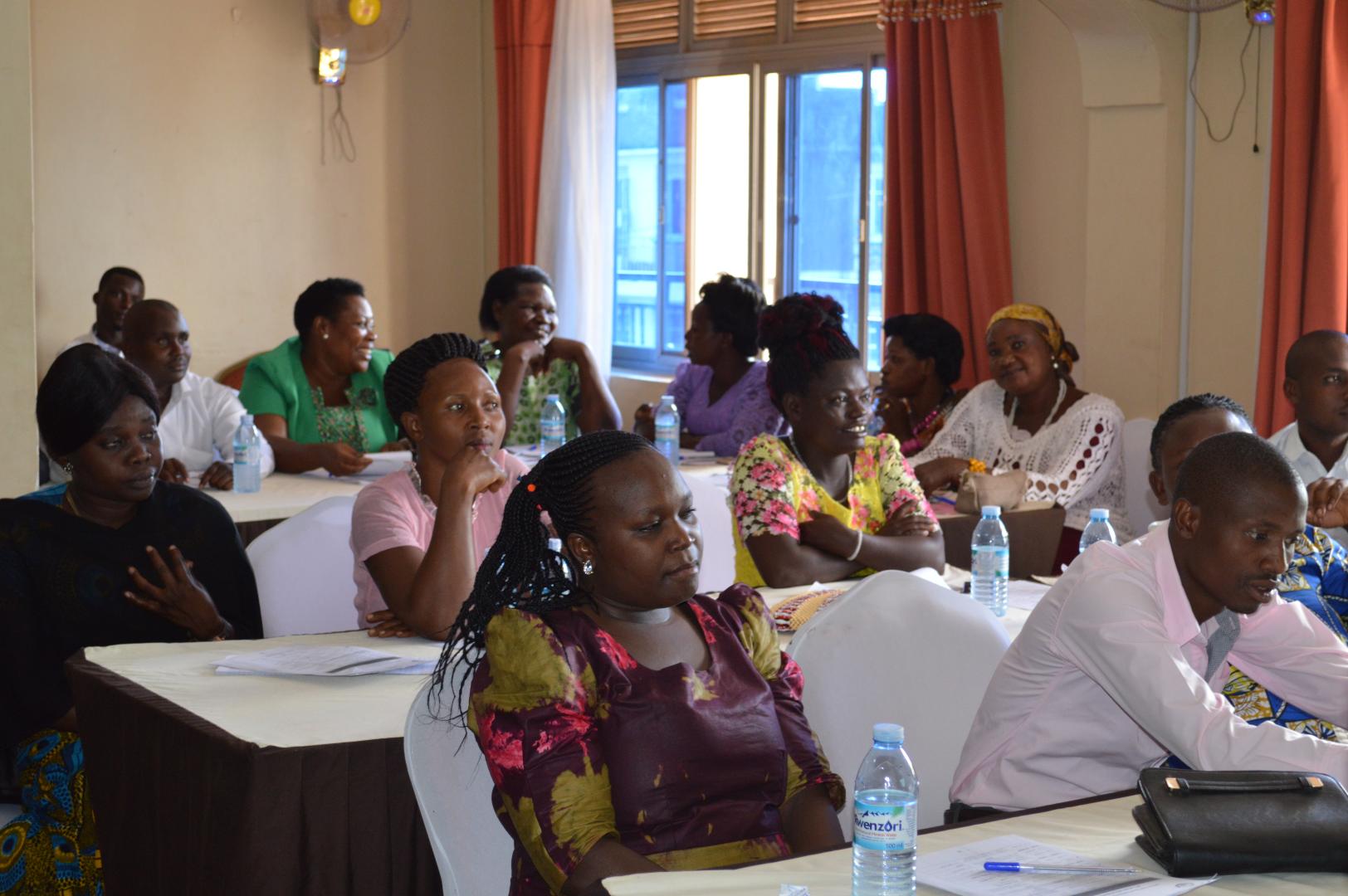 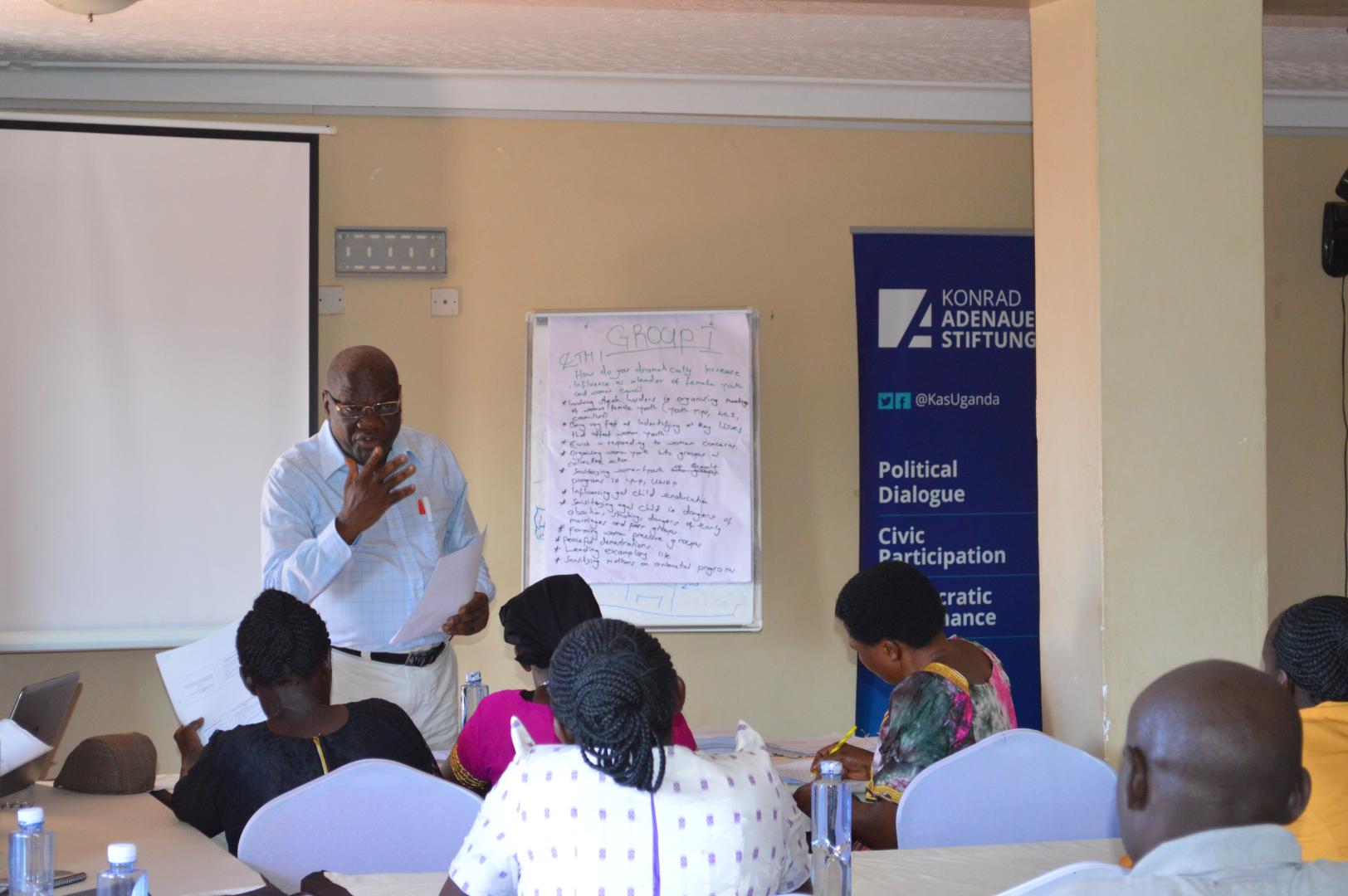 In the 2016 election, the youth constituted almost half of Uganda's voting population, many of whom actively participated in campaigns and voting. Despite the existence of legal frameworks, women participation in these general elections still remained low and, when elected into office, female leaders oftentimes are unaware of their duties and responsibilities. Together with NYC we facilitate a workshop in Mbale to tackle this problem. Mainly young female leaders form Bugisu sub-region came together to attend the training on issues such as women in political processes, accountability, civic responsibility and empowerment.

To enhance the female youth's understanding of the dynamics of being accountable and leading young people, and to enhance a shared understanding of professional ethics and civic responsibility of being a female youth leader, Dr. Yasin Olum opened the next session by instructing the participants to build groups to discuss these issues. Topics such as accountability and ethics, empowerment, civic responsibility and challenges in the election process were dealt with in the different groups. The participants came up with possible solutions on how to increase youth leader’s accountability and ethics as well as on possibilities to strengthen participation in elections. Strengthening the involvement of young leaders in the political decision-making processes or ensuring the proper delivery of voting material were just two out of many innovative ideas declaimed by the participants.

In his motivational remarks, Bernard Mukhone, programme manager of the Konrad-Adenauer-Stiftung, pointed at the great importance of the youth not only as the leaders of tomorrow but already of today. Subsequently, Lillian Aber, chairperson of the National Youth Council started facilitating the next session. She explained the objectives of the NYC and urged all participants to work together closely: “Youth leaders do not live in isolation, they have to work together as a team, and their representative roles ought to be interested in issues of the common good of the communities." Protecting youth of any kind of manipulation was just one out of many tasks of youth leaders she named.

By the end of the third day, Lillian Aber encouraged the participants to put what they had learnt into practice and to share their knowledge with other people. She emphasised the need to contribute to build a better Uganda.

Overall, the participants were highly enthusiastic about the knowledge and inspirational ideas they gained throughout this training. They were grateful using this workshop to build a platform for networking between the different youth leaders.