RECOUNTING THE IMPACT OF THE SOUTH SUDAN REFUGEE CRISIS

South Sudan is at the brink of an international humanitarian crisis. The violence that erupted in July 2016, the same week of the country’s fifth independence anniversary has ushered in avalanche of violent contestations with no end in sight. The country has turned into a hotbed of conflict among the various warring factions divided along ethnic lines. While the running conflict between SPLM in Government and that in Opposition keeps gaining fresh momentum, new and different militia groups keep forming and sprouting at an alarming rate.
June 19, 2017 Ordering Information 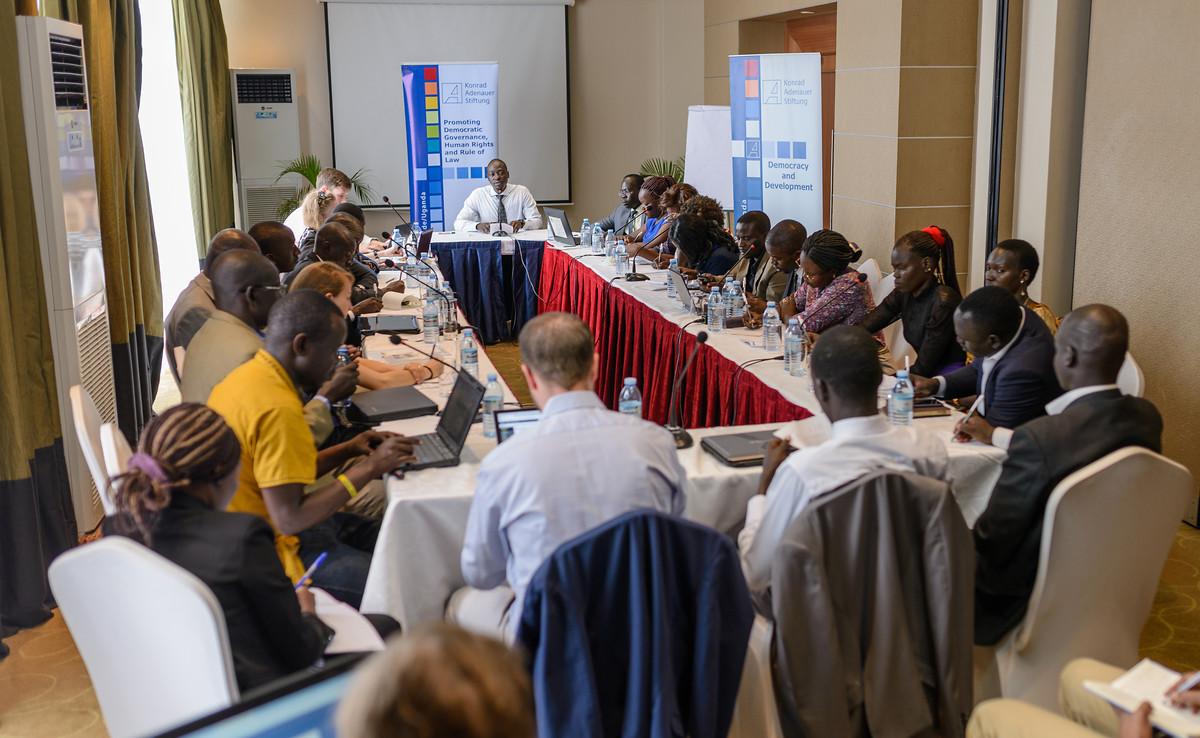 Several calls by IGAD and the UN for a ceasefire has fallen to deaf hears as both the government and opposing forces disrespectfully disregard pleas for peaceful resolution of conflict. This doesn't only represent the callousness of the South Sudanese leaders from both sides of the political spectrum but it is also a signal of their complacency and disinterest to end this atrocious conflict.

Due to the ongoing fights in South Sudan and the unwillingness of the warring factions to prioritize civilians’ lives, the need for outside help – both humanitarian and political is dire. As a result, one of the most unprecedented exoduses of people from one country to another in contemporary history is happening between South Sudan and Uganda where the later has been placed on the receiving end. To date, South Sudan is the third most fled country in the world after Syria and Afghanistan. More than 4.7 Million South Sudanese have fled their homes. The challenge of this mass exodus is further exacerbated by the fact that over 2 Million of the victims are children who are particularly prone to infectious diseases, heightening the country’s child mortality rate which is one of the highest in the world.

With just one week left to the commencement of the Refugees Solidarity Summit in Kampala where the new Secretary General of the UN, Antonio Guterres will be the chief guest, the Uganda and South Sudan Programme of the Konrad-Adenauer-Stiftung held a roundtable discussion with government of Uganda refugees department, South Sudanese refugees and other civil society representatives to discuss the current South Sudan refugees crisis and its impacts on South Sudanese civilians and the government of Uganda.

Speaking on behalf of the government, Innocent Ndahiriwe who is the Senior Refugee Integration Officer at the OPM’s Department of Refugees provided detailed accounts of the various approaches and initiatives the department is undertaking to manage the crisis, challenges faced and the existing opportunities. He noted that whilst the influx is indeed overwhelming considering the inflow of refugees which currently stands at about 3,000 refugees being registered on a daily basis, Uganda is trying everything to be the best host for the refugees. “Your home is always your home, but we are trying our best to provide a situation for the refugees that isn’t very different from home” Ndahiriwe re-echoed.

Another significant insight of the roundtable discussion was about Uganda’s progressive refugee approach was has internationally been lauded as one of the best and in 2016 informed the design of the New York Declaration on Refugees and Migration which expresses and reaffirms the political will of world leaders to save lives, protect rights and share responsibility on a global scale . This generous approach welcomes refugees with open arms and not only offers them plots of land for home construction and farming, but also enables them to find a job, start up a business and freely travel around the country. Perhaps, the facet of Uganda’s refugee approach which warrants a deep exploration is that of the integration of refugees with the host communities. Unlike in other countries where refugees are camped in isolated locations, refugees in Uganda are integrated with host communities which Ndahiriwe expressed that it allows ‘refugees and host communities to live like brothers and sisters”. In June 2017, the Parliament of Uganda approved a $50M World Bank to enforce the implementation of the Refugee and Host Population Empowerment (ReHOPE) programme. ReHoPE is a self-reliance and resilience strategic framework targeting refugees and host communities. Through this initiative, host communities and refugees have been able to build strong social ties and create economic and create a better environment for economic engagement. Similarly the surrounding districts where camps are located have witnessed great improvements in public service delivery like health and education for both the host communities and the refugees.

Despite its great achievements however, Uganda’s generous refugee management approach is also registering some negative setbacks. On many occasions, local/host communities have raised concerns about the futility of the promises made to them by government officials. “They told us that if we gave our land and be good host to the refugees, we would get good roads, hospitals and schools but this isn’t coming so soon” lamented a resident from the host community. Responding to this query, Ndahiriwe rightly argued that sometimes, local people do not understand the intricacies and the pace of project management. “They expect you to start something there and then, which isn’t realistic” he reiterated. The other challenge concerns the incoherence of refugee management projects by the various local and international organizations working in the camps. This has sometimes led to many initiatives focusing on some problems to the detriment of the plethora of challenges being faced by the refugees. To address this, the Department of Refugees is now working very closely with the various humanitarian agencies through the sectoral working group approach. In this way, organizations addressing specific challenges on health, education, and infrastructure, etc. come together and draft project strategies to avoid overlapping and duplication.

The work of the Ugandan government to make life much better for the refugees must never be underestimated. “This is an emergency and whilst we can’t do everything to perfection, we are trying whatever is within our means to make the refugees experiences here more livable” Ndahiriwe said.

At the meeting, the compelling, heartbreaking and inspiring stories of South Sudanese refugees in Uganda gained significant prominence. Definitely, a recap of Malual Bol Kiir’s story of inspiration mirrored the hope that lies ahead of South Sudan’s future. Malual is a South Sudanese human rights activists who has used his voiced the champion the cause of building peace in South Sudan. For his relentless pursuit of peace and social justice for the South Sudanese civilians, he was awarded the Voice of Courage Award in New York in April 2017. Re-echoing his commitment, Malual stressed that through his organization, the African Youth Action Network (AYAN), he will continue to work with the South Sudanese youth the light the torch of peace regardless of the cost it comes with. “At the end of the day, what matters is peace and stability in South Sudan. It so painful to be a refugee because you can never enjoy all your inherent rights and dignity. It is for this reason that I will never relent in my efforts to make South Sudan peaceful” He emphasized. To the hosting governments, Malual advised that they should view refugees more as opportunities and not as threats because, ‘their contribution to development efforts is immense”.