Last week, Irene Dawa explored together with the Cross Border Network (CBN) and 20 participants from the West Nile Region the techniques and tricks of conflict sensitive journalism.
July 17, 2018 Ordering Information 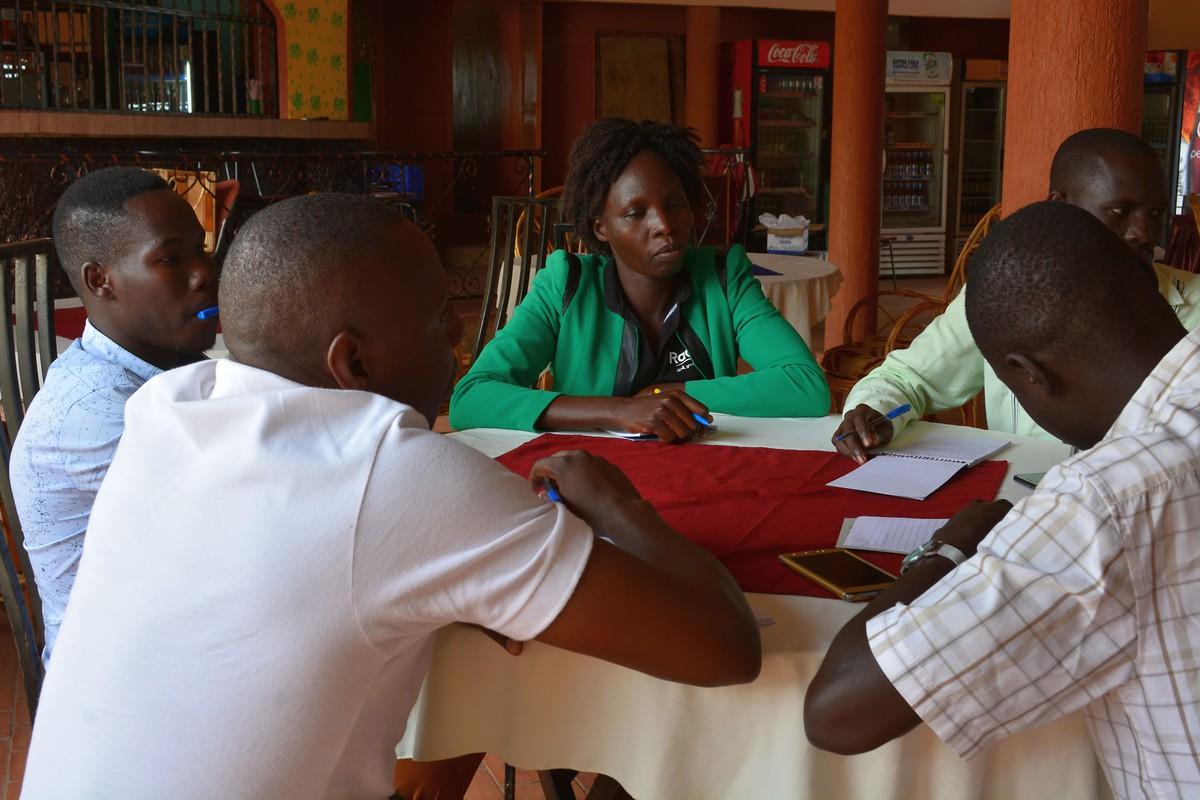 The CBN is a newly established network of Ugandan and South Sudanese journalists which produces and shares media content with a focus on refugees, host communities, humanitarian agencies and internally displaced persons (IDP). The cooperation with CBN is one of our many engagements to actively promoting constructive civil society engagements among the South Sudanese diaspora in Uganda. With the training, CBN fulfilled their aim of widening their network and building the reporting skills of journalists and media houses in the region, they conducted together with the Konrad Adenauer Stiftung (KAS) a training from the 11th to the 14th of July in Arua. Furthermore the training promotes access of information and facilitates the process of dialogue, mutual understanding and eventually reconciliation and peace in South Sudan.

Hannington Ochan, a well-known South-Sudanese-Ugandan journalist, opened the training by introducing CBN to the participants and setting the ground rules. He was followed by Donnas Ojok, KAS program manager, who highlighted the importance of free and unbiased reporting to develop an informed citizenry.

Then, the main part of the training began with an interactive presentation by Irene Dawa, Peace and Conflict Advisor who previously worked with communities in South Sudan and later with refugees in Uganda. She depicted important characteristics of a conflict sensitive journalists: being always up to date by constantly reading and following the news, striving to get as much information as possible, being objective and trying not to take sides as well as being investigative and asking the right questions at the right time. During her session participants could raise question and share their own knowledge. After that, Irene Dawa gave an overview of main actors and their possible interests in the regional conflict. The group related her theoretical input to their own experience.

In small groups they discussed possible conflicts between refugees and the host communities, named key actors and provided suggestions on how to solve the occurred conflicts in a non-violent manner. Often disputes arise around the distribution and usage of scarce resources such as water, firewood and land. These clashes are further fueled by different cultural values and backgrounds as well as language barriers. In the afternoon, the groups presented their findings which focused on the challenges of the cohabitation between host community and refugees.

At the same time Donnas Ojok strengthened KAS’s ties to the Youth Social Advocacy Team (YSAT), a group of young refugees and host community members who provide a platform for constructive dialogue on peace and national identity in South Sudan, and thereby prepared the upcoming visit of a refugee settlement for the next day.

This field trip to the Rhino Camp Refugee Settlement filled the whole second training day and gave journalists the possibility to interact with refugees and to get first hand experiences and stories of the current situation in the refugee campsite. The trip was made possible due to the constant endeavours of Jane Angom Mujoma, main coordinator of CBN. After an introduction by the commander, the group visited the first touch point for newly arrived refugees in the region, the reception area. Here, people gave insights on their journeys and clearly communicated their expectations.

After this, the trip continued with visits of permanent settlements. The journalists had the possibility to talk to different community members and to learn more about their daily lives and needs. Especially the ones for food had increased dramatically, as it did not rain in most places for more than two months, thereby endangering the harvest. Furthermore, low job prospects and little higher education possibilities were limiting factors pointed out by the refugees. These difficult circumstances were worsened by arising conflicts between the refugees and the host communities but also only within the refugee groups. A recent clash between members of the antagonized South Sudanese Dinka and Nuer tribes which resulted in displacements illustrated this. After visiting this last conflict side, the journalists returned to Arua with their pockets full of touching stories and insightful reports.

In the morning of the last training day, participants shared their practice stories with a specific angle on conflict sensitive reporting and received valuable feedback from their peers and Irene Dawa. Providing evidence for claims, using the “right” and unambiguous language as well as presenting various viewpoints to remain neutral were highlighted possibilities for improvement. In the afternoon, Hannington Ochan gave a short training on mobile reporting. He shared the application he uses with the participants and explained it to them. The training was closed with a feedback round. Participants’ impressions and comments were collected and will be used when drafting the second training in cooperation with CBN.

We believe that reporters need to understand more about what causes conflict in the cross-border region and how these conflicts develop. By providing this information, journalism informs the public with more insights beneath the violence about the conflict and can assist in resolving it. Reporters need to be aware of this crucial role that journalism can play in a time of conflict –we are already looking forward to our next event with CBS! 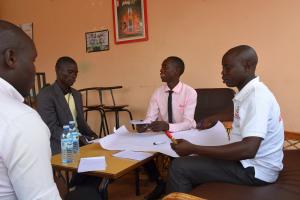 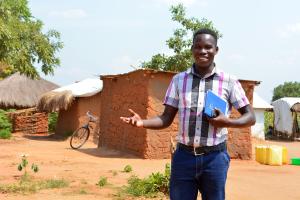 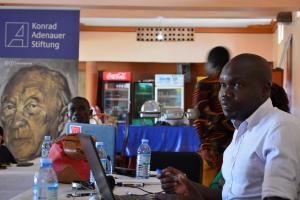