Unity in Diversity – Intercultural Dialogue for Peace in South Sudan

In South Sudan 64 different ethnic groups exist, each with its own cultural heritage, traditions and values. How can this rich diversity be used to promote the national identity and unity in South Sudan, the youngest state in the world? At our intercultural dialogue organized together with the Network of South Sudanese Civil Society Organizations in Uganda (NoSSCOU) and DHORAN foundation we brought together different stakeholders to discuss how intercultural dialogue can work as a bridge for effective peace-building in South Sudan.
February 14, 2019 Ordering Information 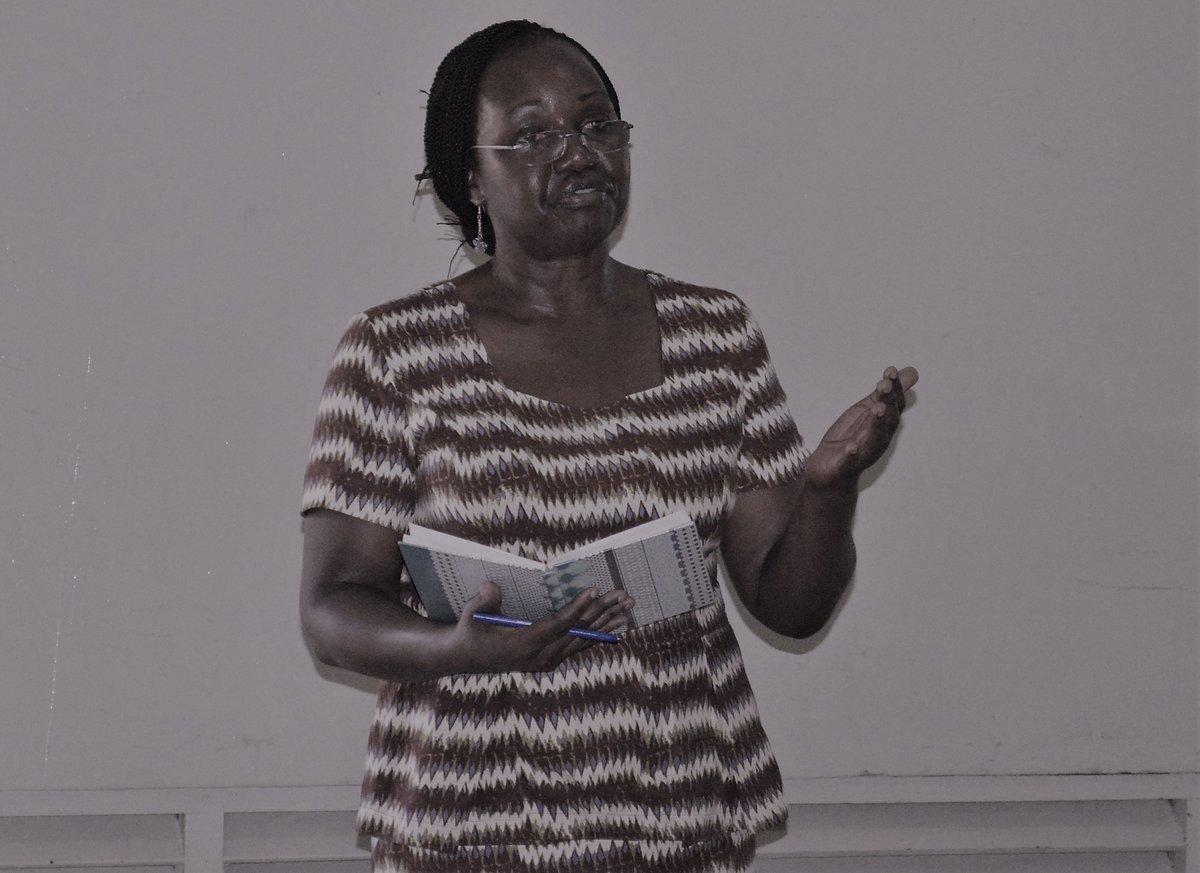 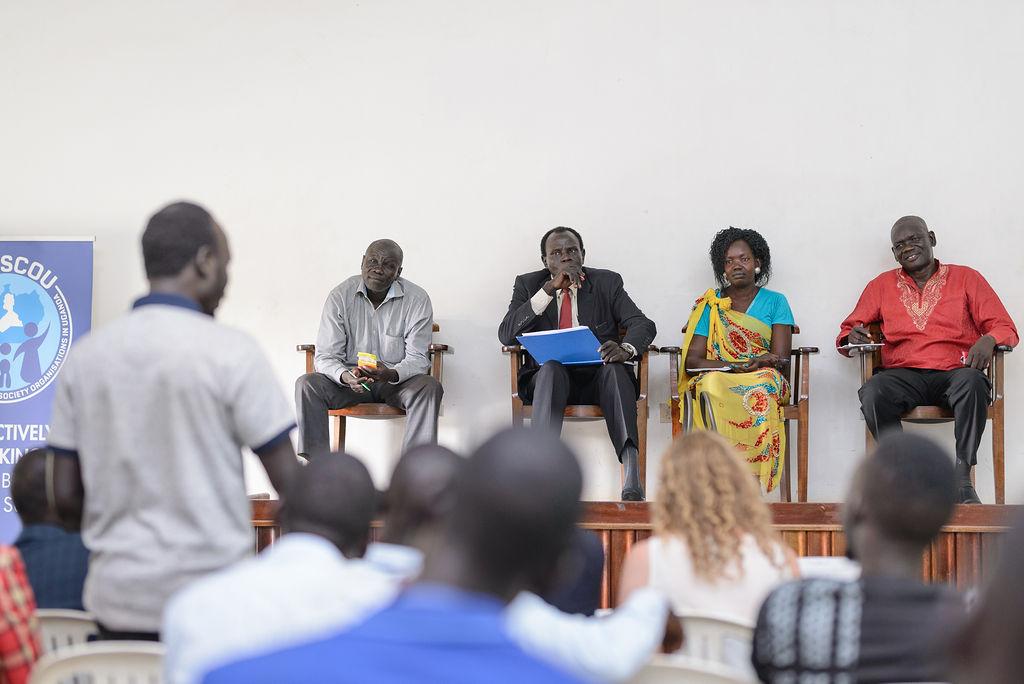 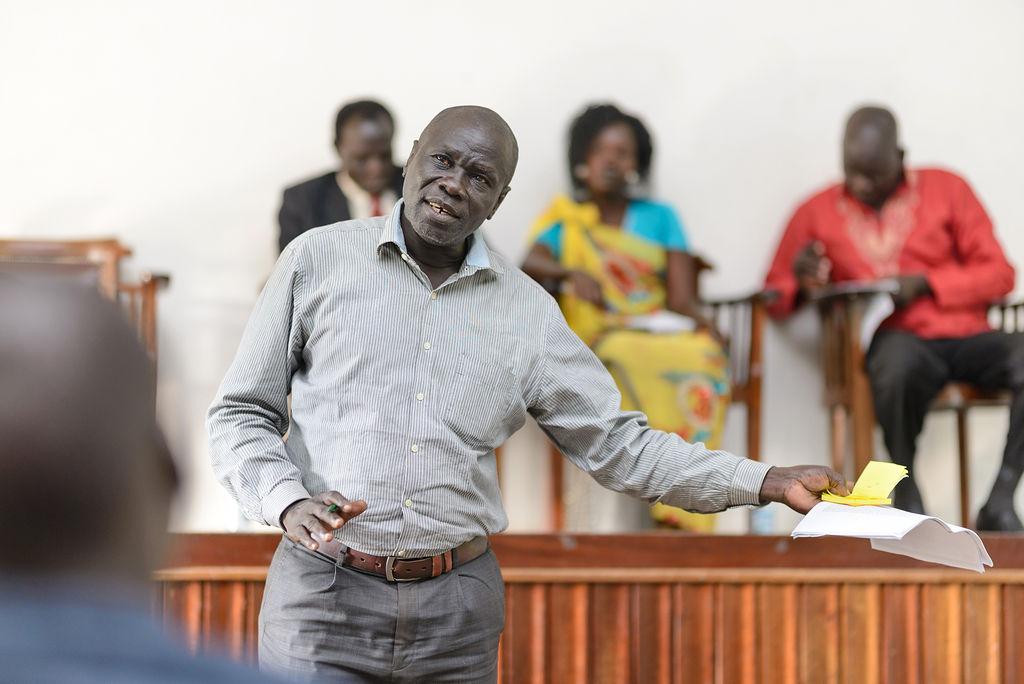 Michael Ariamba: "Traditional leaders can bring the knowledge of the government to the local level." 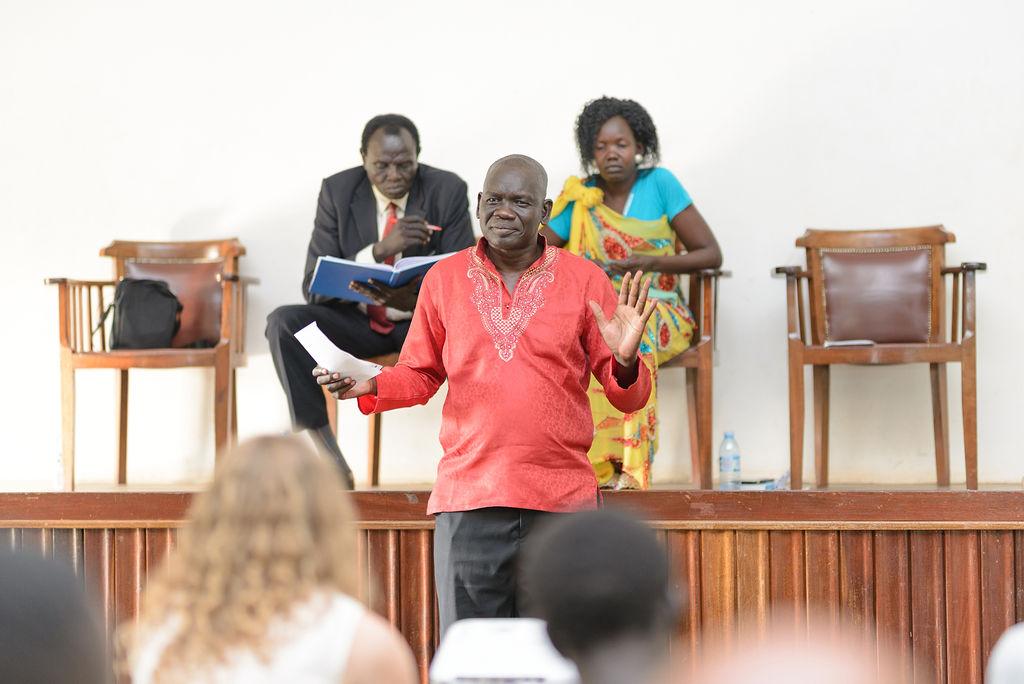 "We have to differentiate between politics and culture." - Clement Maring Samuel 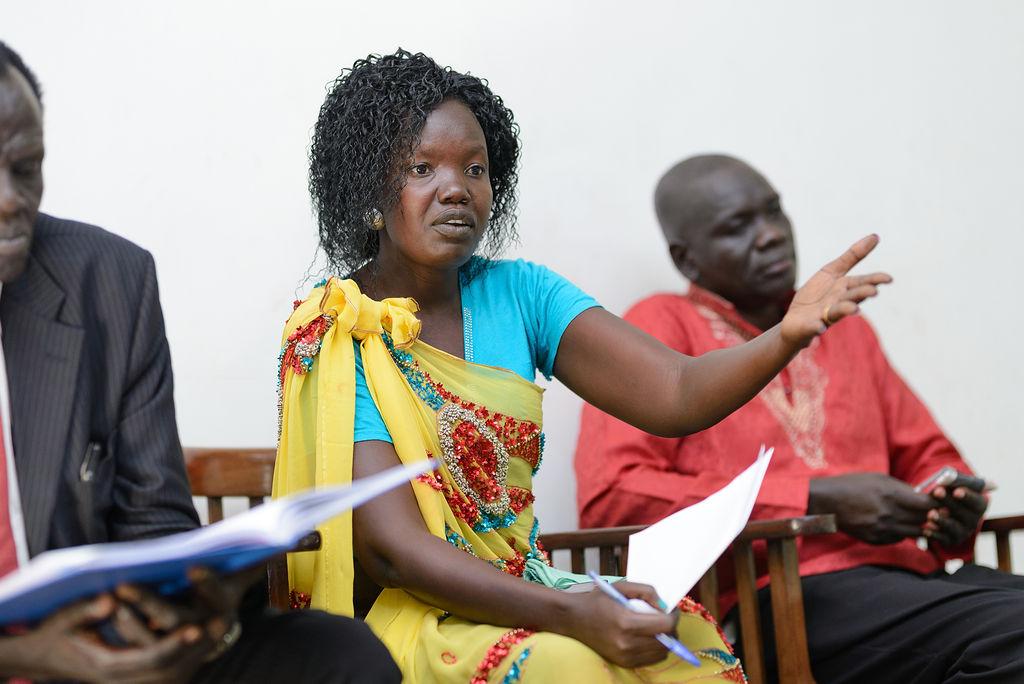 Monika Kiir: "We have to teach our children the culture of South Sudan." 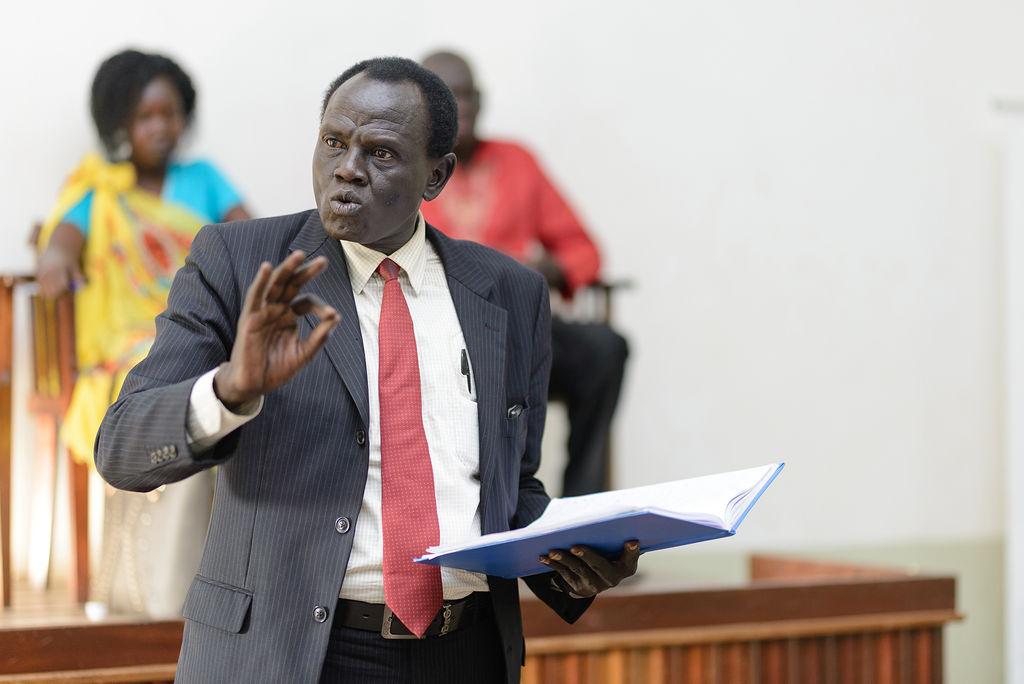 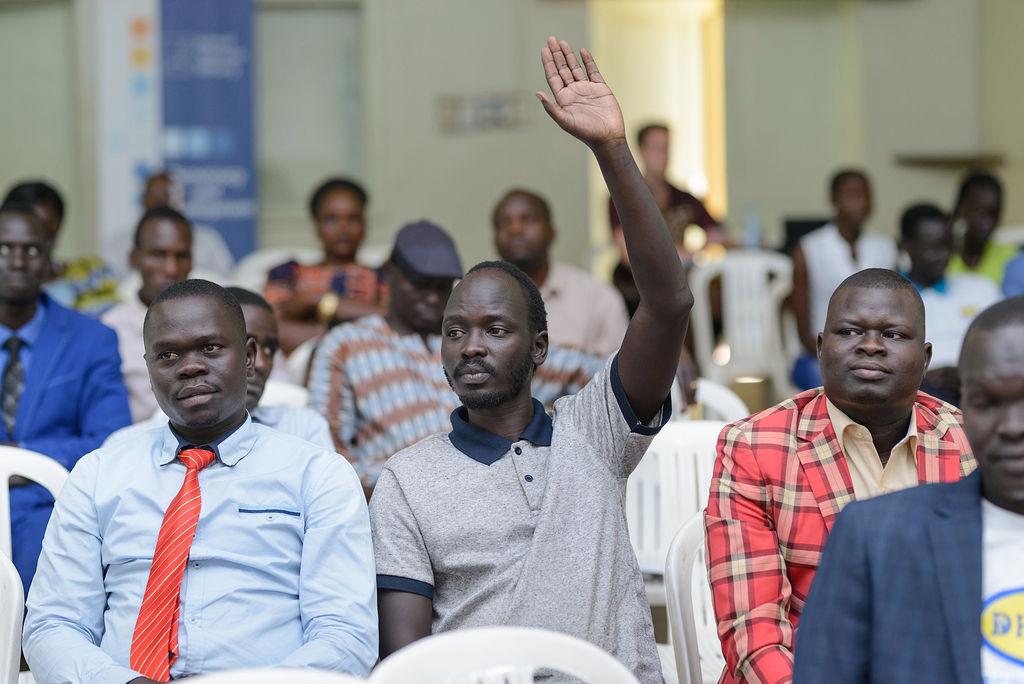 Discussions with the audience about the integration of South Sudanese refugees 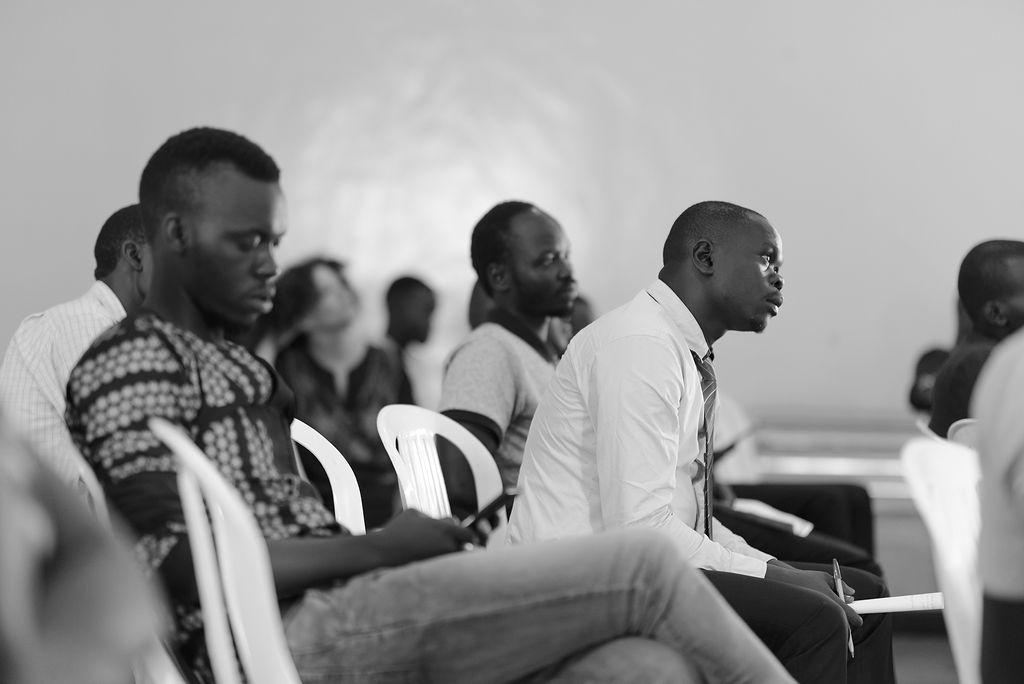 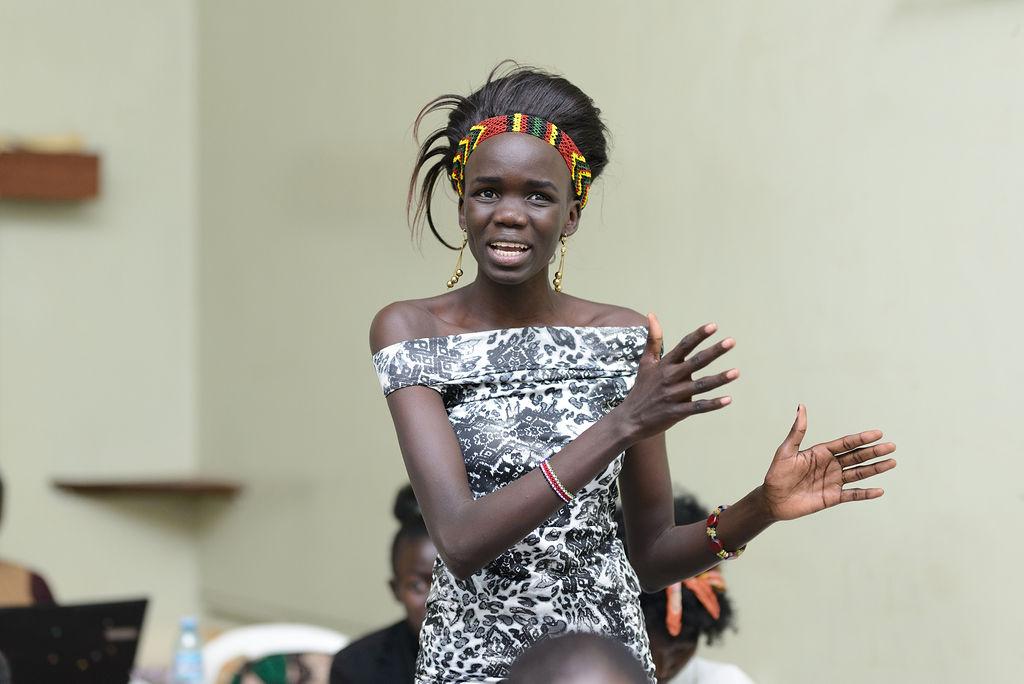 On the 13th of February 2019, the Network of South Sudanese Civil Society Organizations in Uganda (NoSSCOU) in partnership with DHORAN foundation and the Konrad-Adenauer-Stiftung (KAS) organized an intercultural dialogue about the promotion of “Unity in Diversity” and national identity in South Sudan at the Uganda Museum in Kampala.

Jackie Betamuliza, a peacebuilding activist and the moderator of the dialogue pointed out that this event should provide a platform to educate and understand each other and to share how to use culture as a tool for peace in South Sudan. This platform was deeply appreciated by Tesloach Thon from DHORAN foundation in his welcome remarks as the vision of DHORAN is to “use their ability to save their home and to come together as a bigger group for collective action to promote the peace process in South Sudan”.

A very enlightening keynote address was given by Emily Drani, the Executive Director of the Cross-Cultural Foundation in Uganda. She emphasized the importance of acknowledging that “everybody’s culture matters. No culture is more superior than another.” As 64 tribes exist in South Sudan, the youngest country of the world “can’t run away from diversity” and should consider diversity as a strength. To manage diversity intercultural dialogue is necessary: “we have to learn to listen and to respect each other to work on our common agenda which is peace for South Sudan”, Ms. Drani stressed.  Commonalities like a similar colonial history, the civil strife and the desire to preserve the own cultural heritage bring the various ethnicities in South Sudan together to a national identity, to a “common ground”. To effectively use intercultural dialogue as a tool for peace, Ms. Drani highlighted the importance of strong cultural and religious institutions, non-governmental organizations (NGOs), media to create a space for dialogue and to hold leaders accountable, civic education, and the necessity of including youth.

Subsequently, four panelists, specialists in different sectors, explored the fundamental questions of how culture became a tool for violence and how culture can be used as a tool for peace so that the various ethnicities in South Sudan can come together as one united citizens.

Firstly, the panelists emphasized that there is no basic ethnic problem between different tribes in South Sudan as inter-marriage and peaceful co-existence demonstrate. Rather, one of the key problems why culture has become a tool for violence is the “militarization of almost everything in South Sudan” which has had a very negative impact on cultural regeneration and development, James Lony Ngundeng, a specialist of South Sudanese cultures stated. Further, Michael Ariamba, a traditional leader in South Sudan, explained that culture was used as a tool by individual politicians to support their own ideologies. Clement Maring Samuel, an independent researcher, stressed that the colonial history of the country has diminished and silenced its culture. He also highlighted the problem of cultural arrogance, pride and superiority and the necessity to not be blind to negative cultural practices.

As “South Sudanese are culturally oriented people” according to Mr. Ngundeng, culture should be used as a tool for peace, as an intercultural dialogue to promote the national identity and unity of South Sudan. Therefore, Monika Kiir, Executive Director of the South Sudan Women Building Association stressed the importance of civic education and the power of explaining culture in tools like art, dancing and music. It helps to teach the children about the positive values of their cultures and inculcate in them the relevance of appreciating the other diverse cultural practices in the country. Further, Mr. Ariambe pointed out that traditional leaders have to “find ways to teach a culture that people remain in unity & peace” and to use their platforms at the local level. Especially NGOs and the grassroot youth are important stakeholders to be reached and included in the dialogue. Mr. Samuel underlined, that “we have to educate that we have to differentiate between politics and culture”. He also stressed that political willingness and different methods to sensitize people such as the use of Social Media are requisites for intercultural dialogue and peace in South Sudan.

In a concluding fruitful discussion with the audience, the participants also pointed out the relevance of economic empowerment, so that people who suffer under poverty are not easily manipulated. Further, the role of religious leaders and the integration of South Sudanese refugees, who “come back with a different culture” as one participant mentioned, were actively discussed.