For the third time, the Governance Accountability Civil society network of Uganda (GAIN Uganda)organized a civic education training for its members in 13 districts in four regions. One of the trainings took place in Bukomero, Kiboga, where representatives of different communities came together to talk about democracy.
August 6, 2018 Ordering Information 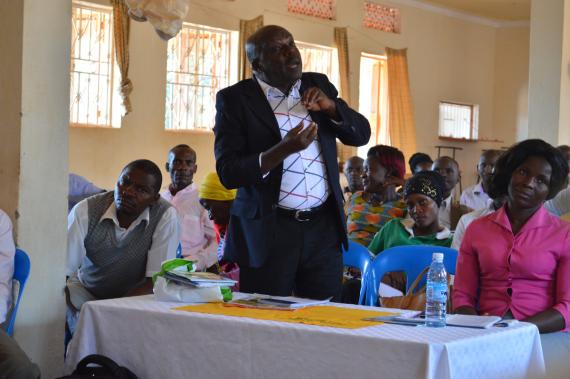 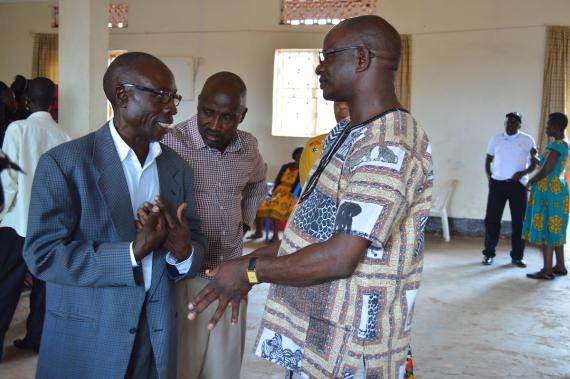 Kiboga local leaders participate in a two day civic education training in Bukomero
For the third time, the Governance Accountability Civil society network of Uganda (GAIN Uganda)organized a civic education training for its members in 13 districts in four regions. One of the trainings took place in Bukomero, Kiboga, where representatives of the local council, the mayor of Bukomero and members of different communities came together to

talk about the role of the citizens and the state at their local levels.

The two day training was guided by the democracy workbook, that encouraged the participants to talk about key concepts of democracy and how to apply them in their daily life. The workshop met a great interest, as more than 40 members from two communities participated in the training.

The first day of the Training started with an overview of civic education and the importance of it for a democratic and accountable society. Quickly, the training shifted its focus to civic action on the local level, mainly focusing participation, citizenship and accountability. The participants shared their personal understanding of citizenship and democracy, describing scenarios in everyday life that relate to their citizens role and their participation in public

issues. The group came to a consensus, that democratic principles have to start within the family, so that they can be spread to the community level up into the local government structures.

In a lively exchange with their local representatives, GAIN members talked about their roles and duties towards their country and came to know how to engage more effectively in decision making processes at their local levels. Each of the participants was eager to contribute. In an active dialogue, community members were able to address concerns of their communities and state their expectations regarding the way of how the state should manage problems like the negative effects of volatile food price situation in the region. Meanwhile, state representatives were able to clarify processes behind the local decision making, underline the duties of the state but also the citizens, and show opportunities for

leadership skills. Furthermore, the participants discussed how they could act in a responsible way in their families and how local representatives should act in the same way in their positions to ensure a good representation. Together, community members identified core principles such as showing presence in the community, approaching problems and working on ones own failures, that individuals as well as state representatives have to consider to act in a responsible way. Finally, the importance of access to information and the civil duty of each citizen to control its local representation through the access of information was emphasized. In the end of the training, the Gain members developed a local action plan, which pointed out necessary steps that have to be taken in order to achieve a more democratic and accountable community.

In summary it can be said, that the civic action training in Bukomero empowered members of the communities to actively engage in a more democratic society. The course helped to clarify expectations, rights and duties of the citizens and encouraged a dialogue between GAIN members and their local representatives. The workshop was generally a success. 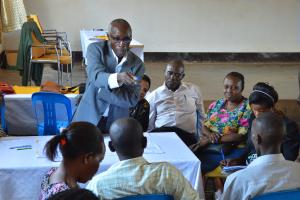 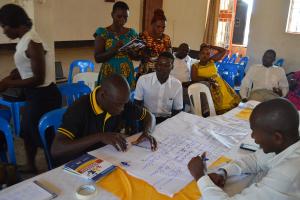