On 15th February the Konrad-Adenauer Stiftung (KAS) and the University Forum on Governance (UNiFOG) hosted the International Law Fellowship 2019 at Makerere University in Kampala. The event brought law students and experts from Uganda, South Sudan and Sierra Leone together. They were involved in panel discussions on current issues of international law and rule of law in the context of Uganda and Africa.
February 20, 2019 Ordering Information 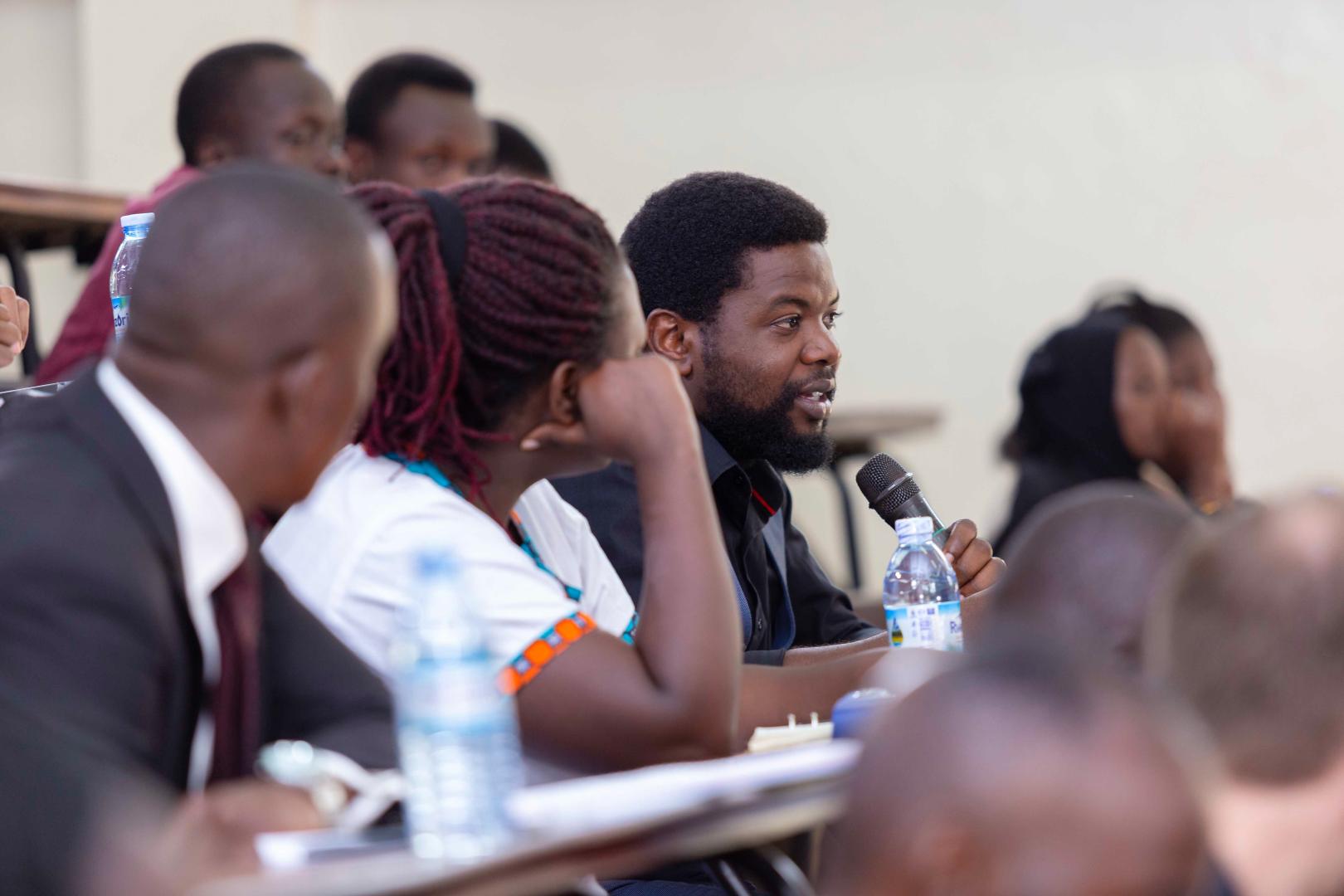 Participants had the possibility to ask questions 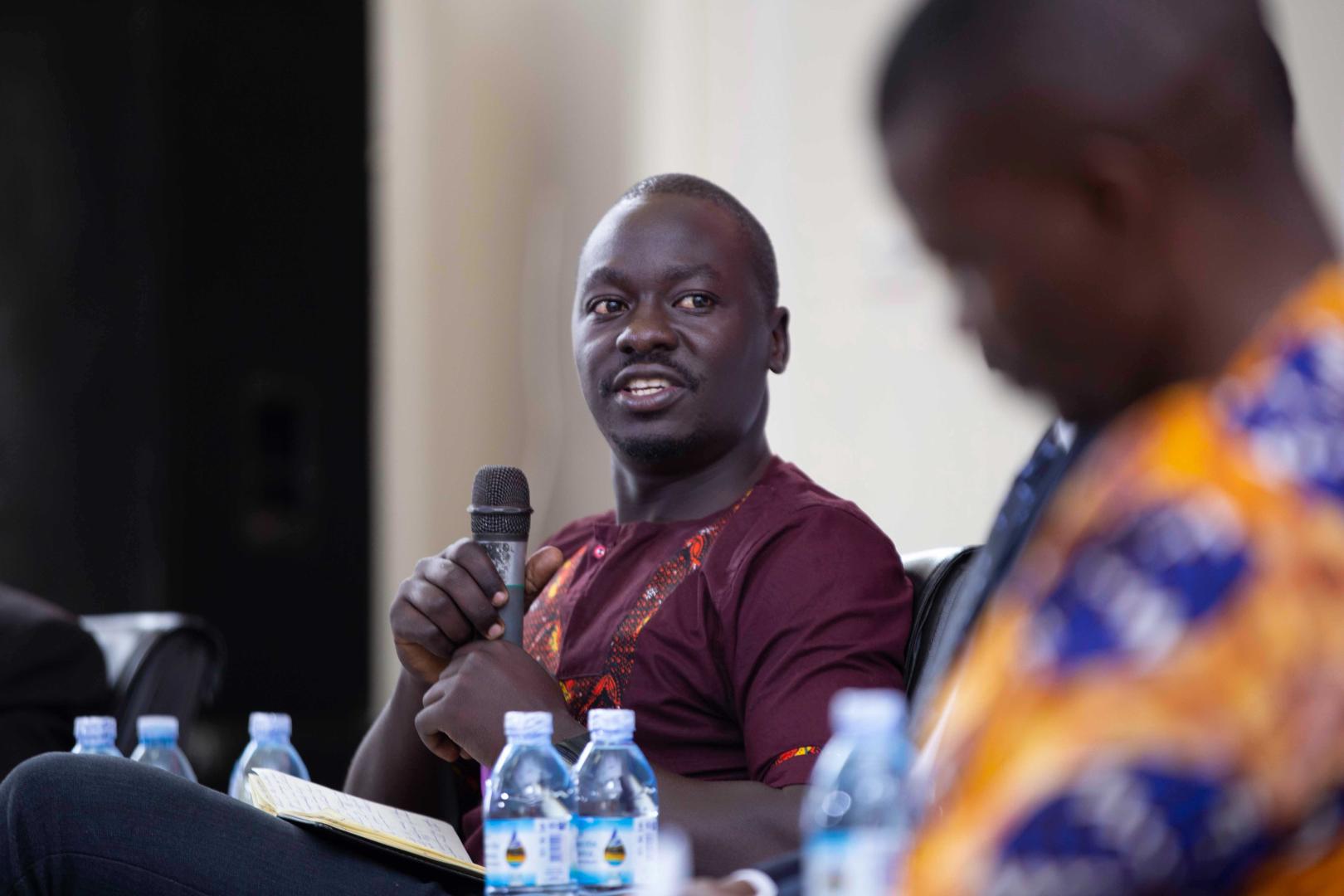 Donnas Ojok moderated the discussion about the Global Compact on Refugees 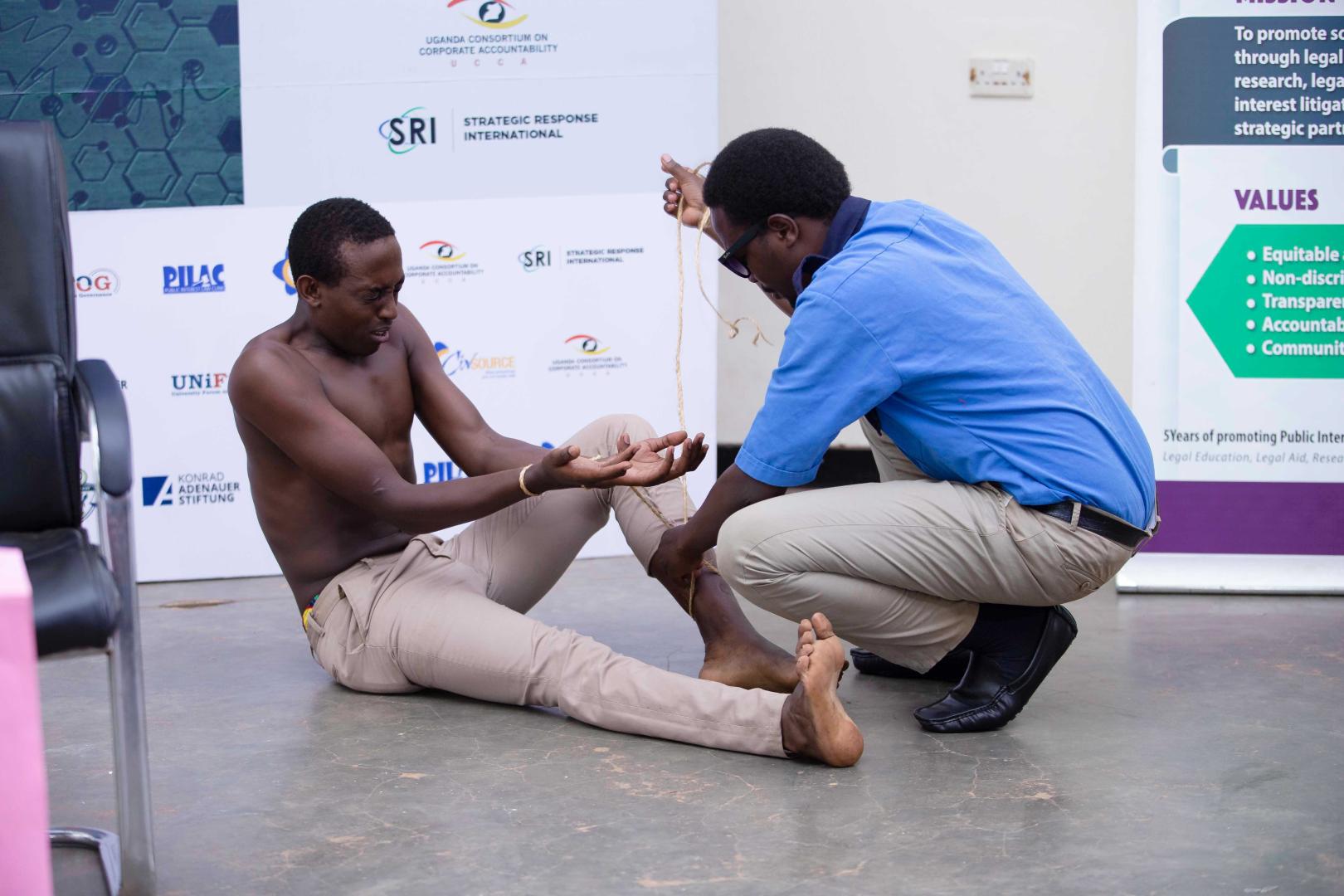 Short drama about abuse of power

The International Law Fellowship, which is an international programme, organized by the International Law Students Association, was held in Kampala for the very first time. Since the main goal of the programme is to support law students, by enhancing their critical engagement and by providing a wide range of insights to them, groups of law students from Uganda, as well as South Sudan and Sierra Leone were welcomed to the event. During the introduction speeches the students were kindly reminded of the value of their work, the importance of their education and encouraged to actively participate through critical engagement at the event.

Various panel discussions and short presentations introduced the students to different issues, while supplying them with information and critical insights. All of these panel discussions were debated under the main topic of rule of law and international law in the context of Africa and Uganda, always including underlying topics like democracy and human rights as well. During these, the students had the possibility to raise their own questions and follow the exchange of arguments between the experts.

The role of law was scrutinized during the event, mentioning that law must not always be legitimate, and emphasizing its importance for fair political systems. Such censorious thinking was also demanded from the students as they were reminded that “you have to earn the right to speak, by thinking before you speak.”  A broad range of topics was covered by the panelists. While the first debate was intended to cover African approaches on international law, the second debate confronted the participants with controversial issues on  Africa’s development possibilities and the importance of soft law.

Another panel discussion, moderated by KAS representative Donnas Ojok, dealt with the consequences of the Global Compact on Refugees. Here, experts like Gard Benda, from World Voices Uganda, covered an incredibly broad array of aspects in an intense debate. Not only, was Uganda’s progressive refugee law examined from different perspectives, but also potential improvements and challenges arising from the Compact on Refugees. Further, the experts agreed on the importance of an often missing distinction between refugees and economic migration in the discourse about the 68.5 million displaced people around the world.

The law students witnessed a fruitful discussion, which called for the students’ commitment as experts agreed that an improvement of international law is necessary. However, there was also a clash of positions as the passionate discussion came to the approaches of focusing on support for refugees in a hosting country or rather in the country of origin. Despite the different positions and arguments, which were exchanged between the experts, a broad consensus was always visible.

In addition to panel discussions, the participants were also confronted with issues of rule of law through creative inputs, including a drama play about the exploitation of power and poems - both received high appreciation from the audience. A final debate about human rights abuses by international cooperations in Uganda again displayed, that the experts did not hesitate to question the correctness of an existing status-quo.

The participating law students did not hesitate, to confront the experts with their own questions either and showed high curiosity and strong opinions. Their active engagement, combined with the passionate debates of the experts, shaped an optimistic picture of the students’ potential and their future involvement.