As the third largest refugee-hosting country in the world, Uganda has a much-praised 'open door' policy for those fleeing conflict and persecution. The implications of this policy and the economic impact of refugees in the country was at the center of the #OpenDoorsUG public dialogue, which included a panel discussion and a variety of Ubuntu Talks.
November 23, 2017 Ordering Information 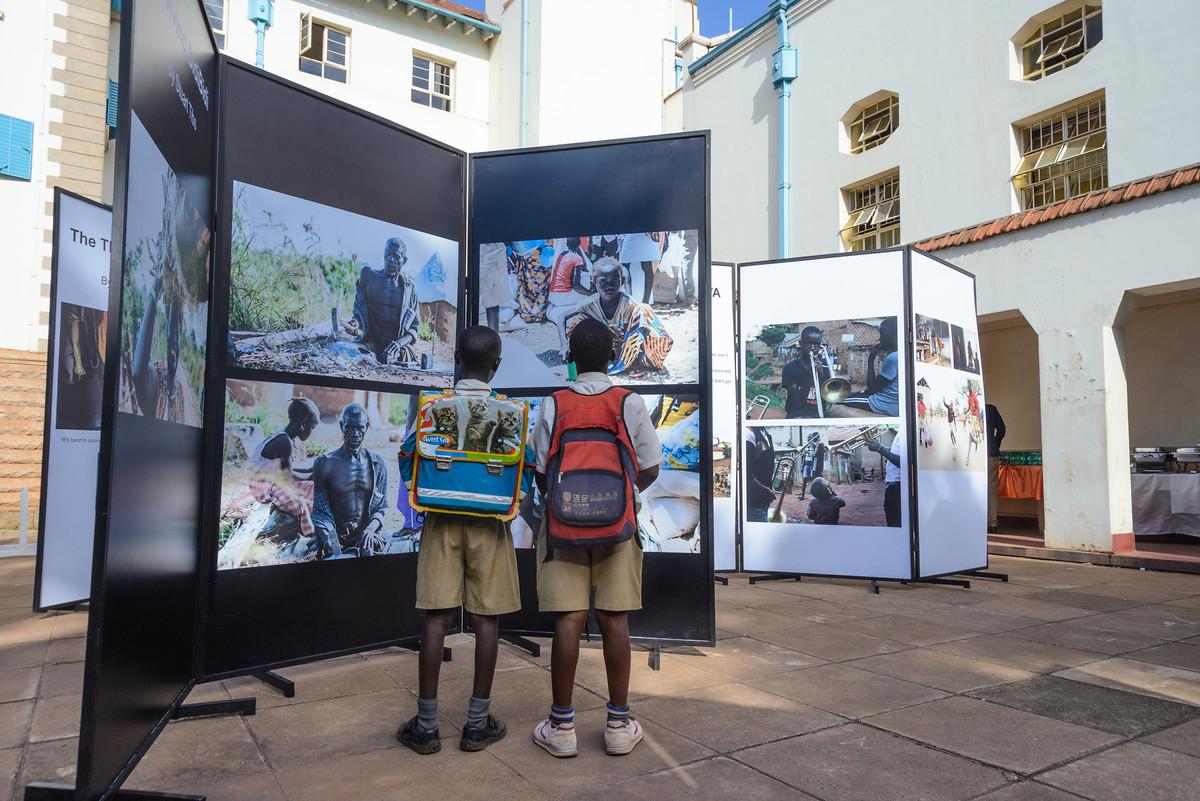 The 21st of November 2017 saw an informative and research backed discussion on the economic impact of refugees on host countries, one of the most pertinent topics in the world today. Organised by the Konrad Adenauer Stiftung (KAS), in partnership with Alliance Française, Goethe Institute and Uganda German Cultural Society, this interactive event unleashed new and interesting insights about refugees and their economic lives. Despite the usually homogenised view of refugees as an economic burden, the discussion revealed the need to change this narrative, for which stories from refugees themselves and refugee representatives were in confirmation. Uganda, being one of the few countries that have an ‘open door’ policy for refugees, and currently hosting 1.2 million refugees, this discussion was especially appropriate. The timing of this dialogue was right, as current ways of dealing and managing refugees is creating social, economic and political differences and tension, a situation that requires attention. The dialogue explored Germany, France and Ugandan perspectives regarding refugees’ economic impact on host economies.

The opening remarks given by Donnas Ojok, programme manager at KAS, created an environment for an unrestricted platform for thinking openly through the topic. Donnas shared his own childhood story of growing up in ‘Camp-Swahili’ in Lira district where he experienced refugee integration in society. However, two of his refugee friends took different paths-one starting a mechanics shop that employed many youths, and another one ending up as a serial thief and a burden to the community. The question posed to the audience was; ‘how do we reconcile these two different personalities?’. This directly related to the debate of whether refugees are economic actors or a cost to their hosts.

Petra Kochendoerfer, Chargé d’affaires from the German embassy (Uganda) noted in her speech that the extent to which refugees contribute to the economic development of host countries depends largely on how well they are integrated into these economies. She also highlighted refugees as an opportunity for Germany’s much needed young professionals due to an aging population. In the same spirit, H.E Stephanie Rivoal, the ambassador of France to Uganda expressed hope for refugees to contribute to the wealth of host societies and that such societies can count on them.

Professor Deborah Mulumba’s keynote address gave an overview of the history, legal framework, challenges and opportunities of refugees in Uganda. She contextualised refugees as per the UN 1951 Convention, the 1967 UN Protocol and the 1969 OAU convention governing the specific aspects of refugee problems in Africa. She observed that refugee influx has majorly been political and ethnic in nature. The historical overview Deborah gave, as backed by statistical evidence was a wonderful way to conceptualise the refugee phenomenon in Uganda. Observing that by the end of May 2017, Uganda had the third largest refugee population to Turkey and Pakistan, Deborah applauded Uganda for the political good will towards refugees especially through its provisions in the constitution (Reference made to chapter 4). With reference to the legal frameworks for Uganda, she expressed that refugees have the right to engage in economic activities just as the locals of the host communities do, which indicates their potential to economically contribute to respective areas they are hosted.

Deborah contended that although there have been few studies on refugees’ economic contribution to Uganda, it is possible that there could be other examples as the Rwandese refugees who settled in Nakivale, with many herds of cattle and later intermarried with Hima, while others settled in cattle corridors of Nakasongola, Ngoma and Nakaseke, which up to date remain major sources of milk, ghee, beef and hides. She also observed the major contribution refugees in Kiryandongo have made in producing maize for the country. Citing several real examples of businesses owned by refugees, and drawing from research by Alexander Betts (2013), Deborah emphasised the great economic contribution refugees continue to make, including creating employment for Ugandans.

Professor Deborah, however warned against the tendency to over romanticise the refugees and their economic contribution. She observed the unavailability of disaggregated data regarding the categories of refugees that actually engage in such productive activities. She also posed a question of land redistribution and the lack of clarity on how much land is distributed to these refugees. Additionally, the lack of evidence of whether these refugees possess modern farming skills remains a question. Deborah also hinted on the possible tension that arises when hosts do not get employed by refugee organisations, like the case has been in Moyo and Lamwo districts. In her concluding remarks, she highlighted the limited level of empowerment to most refugees to undertake economic activities, despite the favourable policy framework. She contended that entrepreneurship skills training would be ideal to equip refugees, while taking into consideration the gender dimensions.

Relating to the keynote address, Professor Gernot Wolfram of the Moving Network in Germany observed in his input presentation that being refugee is not a characteristic of a person and can happen to anyone at any time. Like the rest of the speakers, Gernot emphasised the need for integrating refugees into host communities and applauded Uganda for open doors as a big sign of humanity. Gernot’s further emphasis was on the need to have a refugee-centred intervention where refugees are asked to say what they want because they have their own aspirations and interests. "We are working with and through them…" said Prof. Gernot, adding: "identifying multipliers among the refugees help them to integrate faster as well as become economic actors."

From the perspective of a refugee representative, however, an observation was made regarding factors that might hinder refugee economic contribution. On being asked whether refugee aspirations and interests are being put into consideration while designing programs, Tito Anthony, (Executive Director, Centre for Peace and Justice, South Sudan) asserted that organisations are doing less in this regard, because they come with their own predetermined agendas, therefore do not consider refugees’ aspirations. ‘’The good refugee policies that Uganda has are less implemented, which is the problem’’ said Anthony.

In his concluding remarks, Prof. Gernot made an observation that for real integration to happen, and for refugees to contribute more to the economies of host countries, there is need to consider the labour market dynamics especially the changing technological requirements. In addition, there was an observation that the capabilities that exist among the refugees need to be leveraged. However, the question remained if Uganda has the capacity to do so.

The photo exhibition and Ubuntu Talks also provided more insights to the discussion through an edutainment approach. 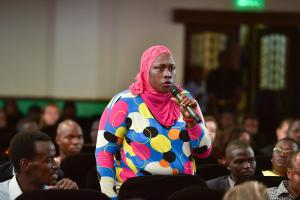 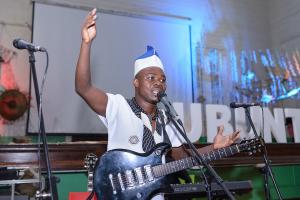 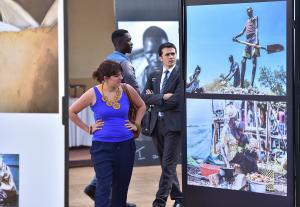 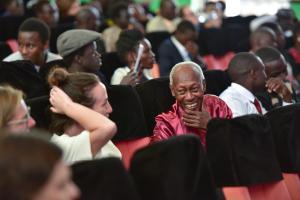