From 7th-8th February, Konrad-Adenauer-Stiftung together with the Directorate for National Guidance (DNG) conducted a training for district leaders in Kaberamaido, in order to promote political pluralism and stronger collaboration among the appointed and elected leaders at the local government level.
February 11, 2019 Ordering Information 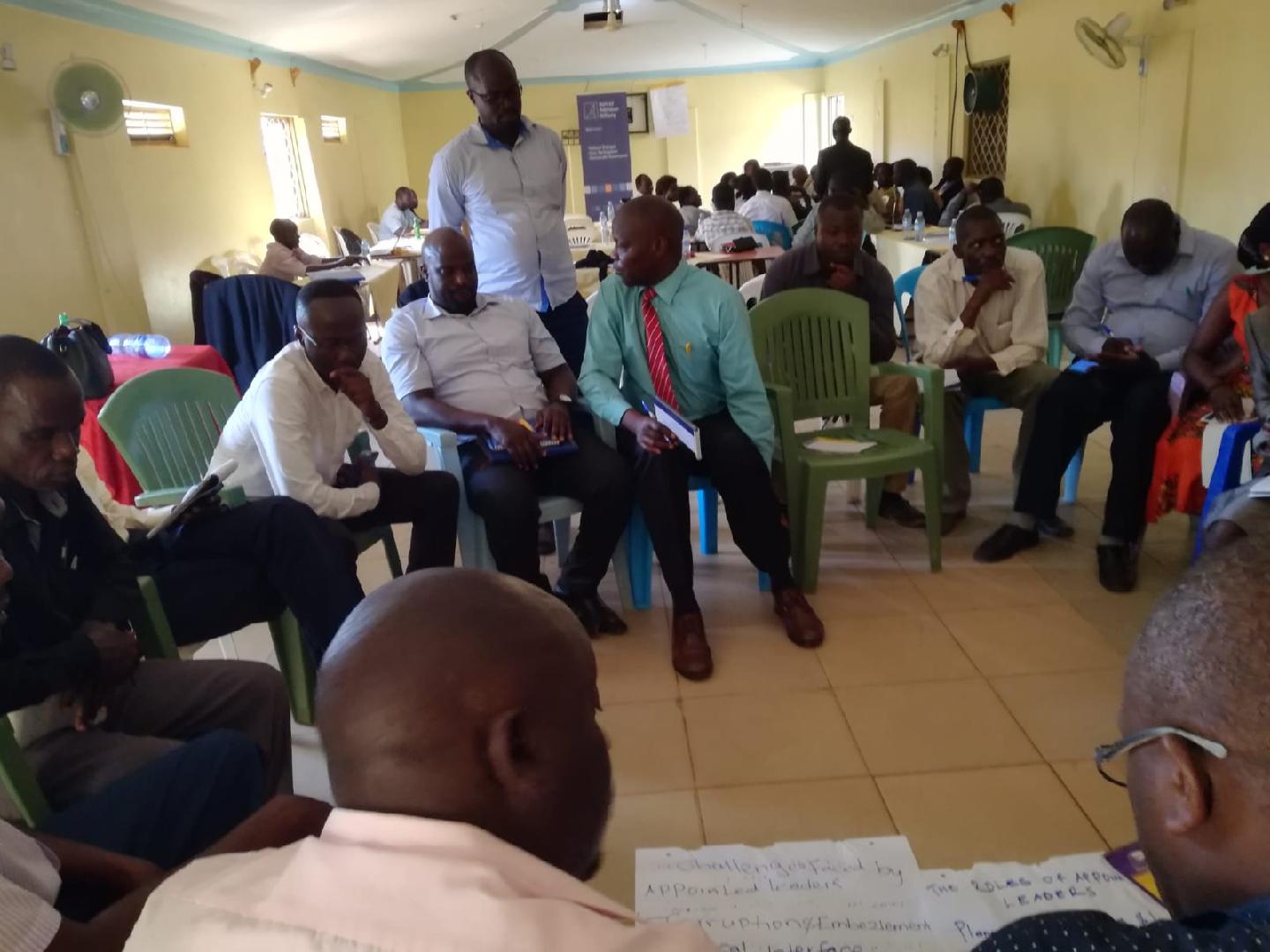 The leaders discussing their roles and challenges. 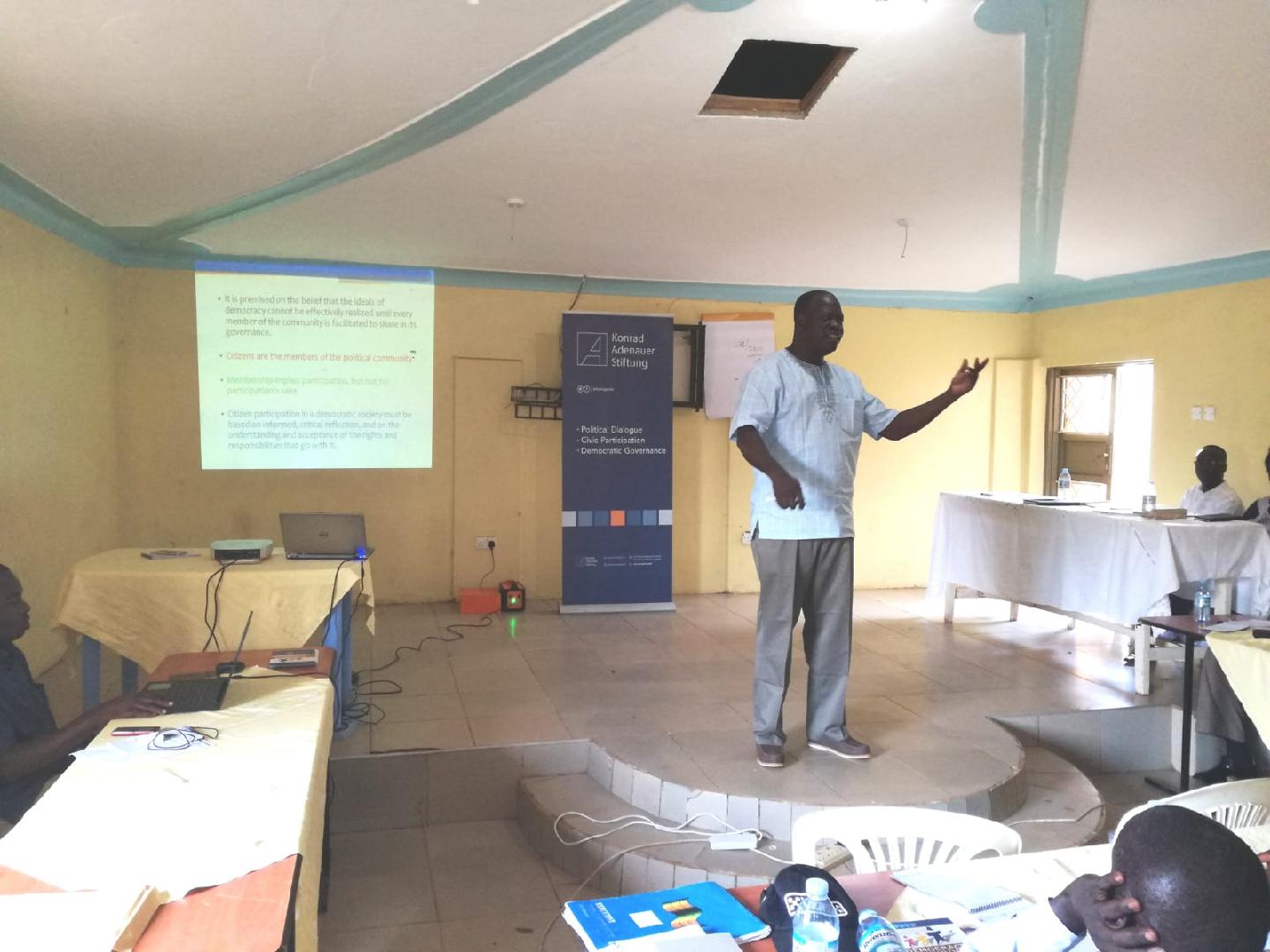 "Civic participation is essential for a democracy" - Dr. Milton Mutto

Since the introduction of the multi-party-system in 2005 the number of elected and appointed leaders of opposition parties increased in the past years. Nonetheless, leaders from different parties are often not able to work together effectively to ensure priority-orientated policy-making and the delivery of services for the local communities. Therefore, KAS and the DNG have conducted continuous trainings for elected and appointed district leaders to sustainably strengthen democratic participation and to ensure the functioning of the different district departments in Uganda.

55 appointed and elected leaders of Kaberamaido and surrounding districts attended the first workshop of 2019. During the introduction John Oyambi (DNG) already stated that the main objective of the workshop was to enhance the understanding of the importance of working together in a pluralistic environment. Therefore, differing views and discussions were explicitly welcomed.

First Dr. Milton Mutto, who mainly facilitated the training, gave a lecture on the importance of civic education for citizen’s participation. Dr. Mutto emphasized that a democratic society does not need citizens who just passively accept all decisions but rather citizens who engage actively in discussions about local issues. Citizens who view themselves as members of a political community would help leaders to tackle the most pressing problems.

During an interactive session the leaders split up in two groups and discussed their roles and the solutions to the challenges they are facing. Both groups identified corruption, inadequate funding, limited participation and lack of accountability as their main challenge and local mobilization through dialogues, capacity building and better funding as the solutions. The presentations of the groups were followed by fruitful discussions between the participants.  Finally, they agreed that their main role is to act as accountable leaders who should always put the interest and needs of their citizens in the first place.

On the second day Dr. Mutto made clear that citizen-orientated policy-making is only effective if political pluralism – the diversity of opinions  – is welcomed. Hence, the inclusion of views and needs of all groups and especially of women, youths and disabled persons should be considered in decision-making. Mr. Oyambi concluded the workshop with interesting insights on conflict management, to educate the leaders about the use of conflicts for effective policy making.

The feedback of the participants was exceedingly positive. “Trainings like this is what we need to improve Good Governance” stated one of the leaders. Everybody highlighted the open and productive discussions.