Responsible citizenship, pluralism and cooperation across the political divide

In the second round of “the DNG signature” workshops for local leaders, KAS continues to promote measures aimed at strengthening local leaders in partnership with the Ministry of information, ICT and National Guidance to promote good governance. The workshop series are aimed at breaking the barriers between the elected and appointed leaders at the local level in a bid to smoothen service delivery.
March 3, 2017 Ordering Information 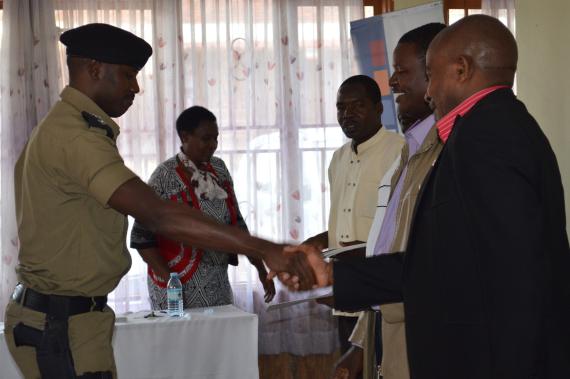 In the second round of what has come to be known as “the DNG signature” workshop for local leaders, KAS is happy to continue with engaging the local leaders in partnership with the Ministry of information, ICT and National Guidance to promote good governance and constitutionalism. The workshop series are aimed at breaking the barriers between the elected and appointed leaders at the local level in a bid to smoothen service delivery.

With the mandate to carry out civic education and promote constitutionalism on behalf of the government of Uganda across the country, the Directorate of National Guidance (DNG) believes that once the lower level leadership has better understanding and appreciation of pluralism, then it would be easier to build strong teams which in turn would work for the betterment of the people at the local level. Despite the fact that political parties were in abeyance until the promulgation of the constitution in 1995, both new and reelected leaders belonging to both opposition and the ruling party are still lacking in their appreciation of working in a pluralistic environment.

During their maiden training for 2017, DNG and KAS engaged leaders from the districts of Bushenyi, Mitooma and Sheema between 27th and 28th February. The participants who included the 3 Resident District Commissioners (RDCs) of Bushenyi, Mitooma and Sheema, LCV and LC 3 chairpersons, Sub county Chiefs, Community Development Officers, Chief Administrative Officers, Women and Youth Leaders, the District Police Commander among others were in attendance.

Participants from the three districts were very enthusiastic about the training because they have challenges working together arising from their different party affiliations and hoped that they would be better informed about pluralism by the end of the training. Dr. Milton Mutto used the opportunity to talk about the importance of civic education and its role in the process of nation-building. During this session, he emphasized what for him was the essence of this workshop: to learn how to reflect on one’s own actions and thoughts critically. He emphasized the importance of nation-building as a continuous process created through deliberate actions by responsible citizens subsequently leading to discussions about democracy, its basic principles, conditions and benefits for the society. Participants were very active as seen in the way they engaged the facilitators throughout the training by engaging the facilitator on district specific questions which were related to their work. For example one participant asked the facilitator to explain to them the procedures of censuring their district speaker over non-performance and frustrating council business.

The Resident District Commissioners (RDCs) of Sheema and Mitooma highlighted that their districts had gone through challenges relating to leaders not being able to work together because of their differences in ideology and political affiliation. They both agreed that the training was very timely and would immensely benefit the three districts. KAS was recognised for its role in contributing to constructive dialogue and a major player in promoting good governance at the local level.

The district leaders of the three districts crowned the workshop with a joint council session presided over by one leader from each of the participating. The extra ordinary session was intended to demonstrate to the leaders that they could actually talk about the different issues that are important for their electorate in different formats representing their ideologies. The debate was also testament that participants had a better appreciation of their roles in the current multiparty system.

GOOD GOVERNANCE IN A MULTIPARTY SYSTEM AT THE LOCAL LEVEL 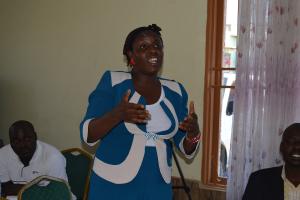 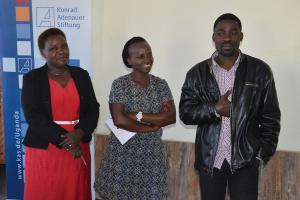 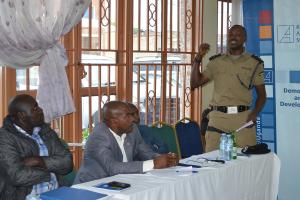 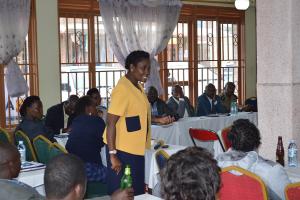 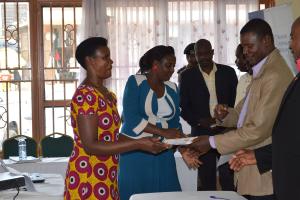 KAS
What a great way to end the workshop