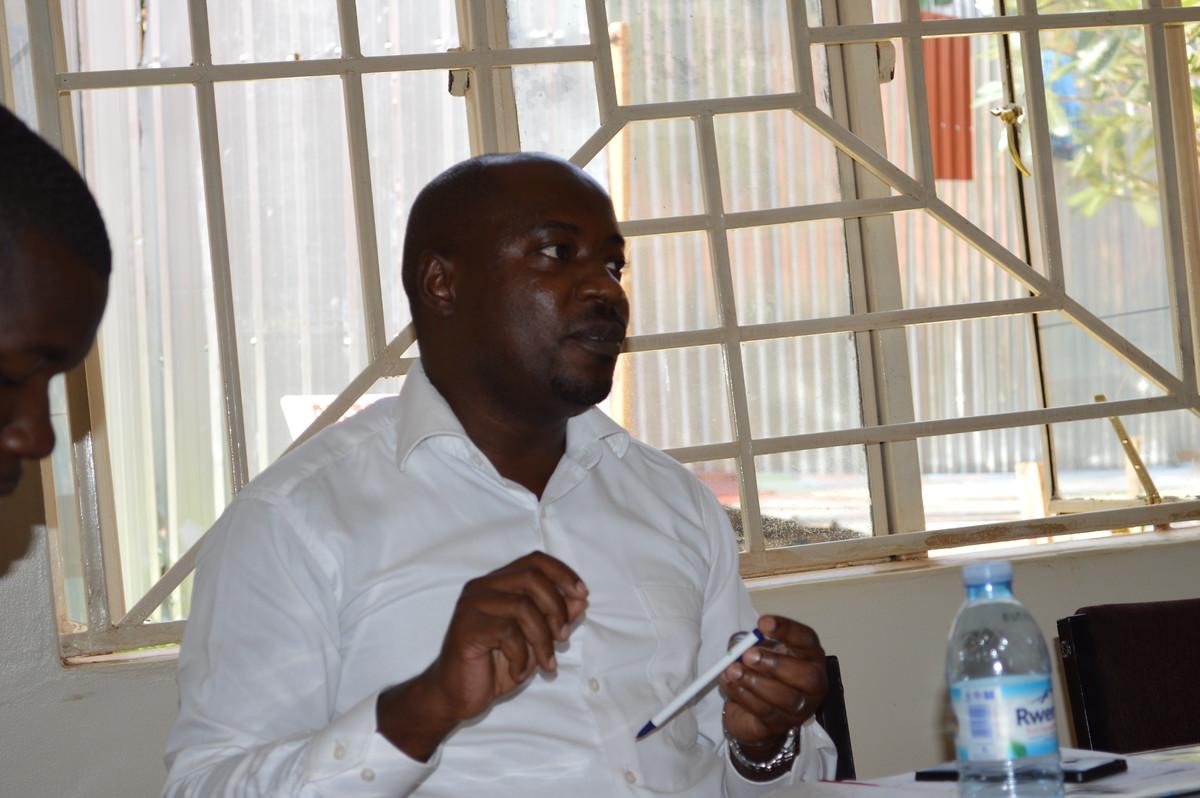 The roundtable conversation held at the Makerere University Institute of Social Research was aimed at examining Uganda’s response to climate change with a focus on mitigation, adaption and resilience. It was part of efforts by the University Forum on Governance (UNIFOG) and the Konrad-Adenauer-Stiftung (KAS) to connect academics to Uganda’s development policy discourse.

Dr Revocatus Twinomuhangi, coordinator of the Makerere University Centre for Climate Change Research and Innovations gave a background presentation. He highlighted that Uganda’s contribution to global greenhouse gas emissions—the underlying cause of global warming—is around 0.1 per cent. The dismal contribution, however, does not exempt Uganda from the catastrophic effects of climate change. The impacts of climate change are real to Uganda and will continue to increase in the near future, he emphasised.

At the time of hosting the roundtable, Uganda was still nursing the catastrophic effects of extreme weather events that are linked to climate change. In Rubanda district in the South-Western region, 15 people had died from flooding and landslides attributed to unusual heavy rains. Hardly six months ago, over 10 million Ugandans suffered severe food shortage as a result of a longer than usual dry season. Other examples in the past few years include the Teso region floods in 2007 and the Kasese floods in May 2013 and 2015. The 2010 Bududa landslides which left scores dead and properties destroyed.

The economy in Uganda has also been adversely hit by the effects of climate change. A video shown by Dr Twinomuhangi at the start of the discussions carried voices of coffee farmers who were concerned with consistent declines in crop yields which they linked to changes in weather patterns. Agricultural exports have continued to fluctuate with changes in weather patterns resulting in a direct impact on the country’s forex earnings. In 2006, Uganda’s electricity generation sector was hard hit, when reduced waters in Lake Victoria meant that the hydropower plant on the Nile River could not run at full capacity. There are big and growing challenges in cities, especially the capital Kampala that often suffers floods and resulting waterborne diseases such as cholera, dysentery, and typhoid.

Institutionally, Dr. Twinomuhangi noted that the while the Ministry of Water and Environment has the overall mandate on climate change interventions; a department of Climate Change has been created as a focal point. Likewise, focal points in Ministries and Agencies and at the district levels are being considered to spread climate change interventions across all ministries and district. The Department of Meteorology has been elevated to an authority.

Governance challenges, however, were highlighted as a major limitation to the success of existing climate change strategies. It was observed that poor coordination, corruption and competition for mandate are failing climate change interventions. The inability of the concern departments to recruit competent people, the mismanagement of funds meant for climate change adaptation and mitigation as well as incidences of green grabbing were noted as examples of corruption which has infested the country. Declining and low funding for concerned departments such as the Uganda National Meteorological Authority and the department of environment in the Ministry of Water and Environment were also observed as major challenges to climate change mitigation, adaptation and resilience efforts.

Participants emphasised that Uganda need to handle climate change adaptation hand in hand with mitigation efforts. According to Dr Twinomuhangi, this has the potential to create “triple wins.” For example, investing in renewable energy systems like Solar PVs can help reduce Uganda’s energy challenges whilst creating jobs and mitigate the impacts and risks of relying on hydropower dams. 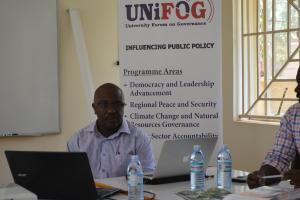 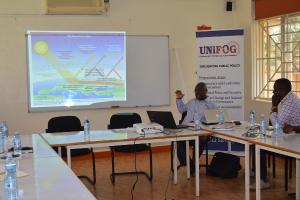 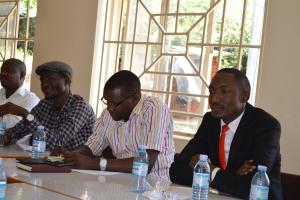 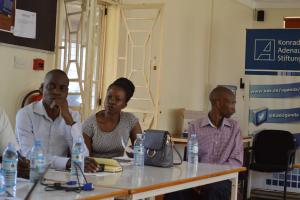