On 19th February 2019, the Konrad-Adenauer-Stiftung (KAS) and the Youth Social Advocacy Team (YSAT,) under the Network of South Sudanese Civil Society Organizations in Uganda (NoSSCOU), hosted an intercultural dialogue at the Rhino Refugee Resettlement in Arua. More than 100 South Sudanese refugee representatives and leaders from all 7 zones of the resettlement actively participated and discussed in the public debate. They reflected their roles and the essential component of culture and national identity in the peace process in South Sudan.
February 27, 2019 Ordering Information 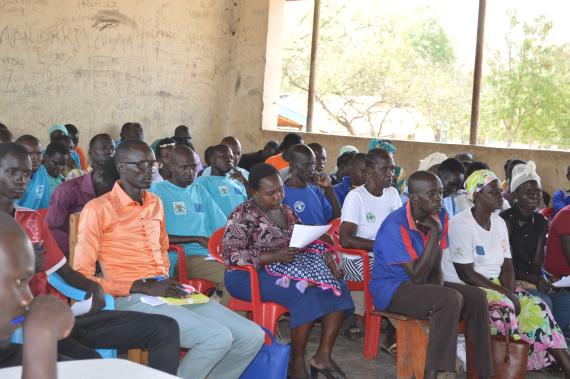 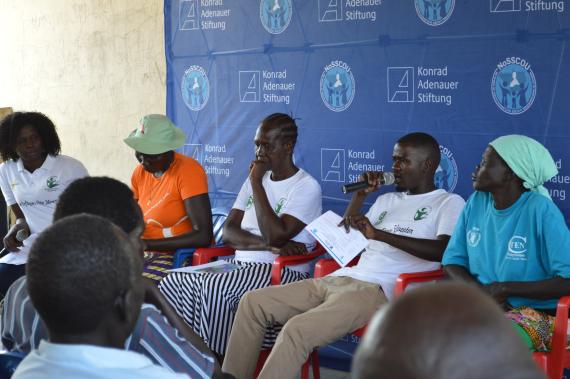 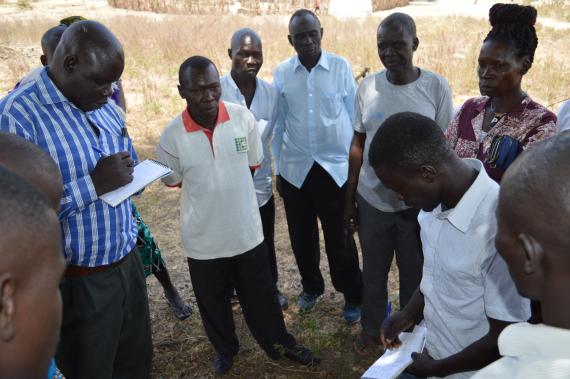 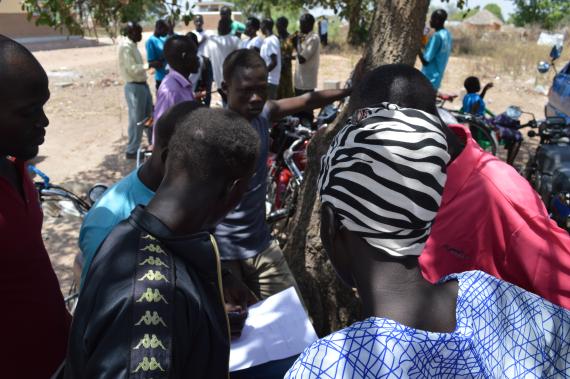 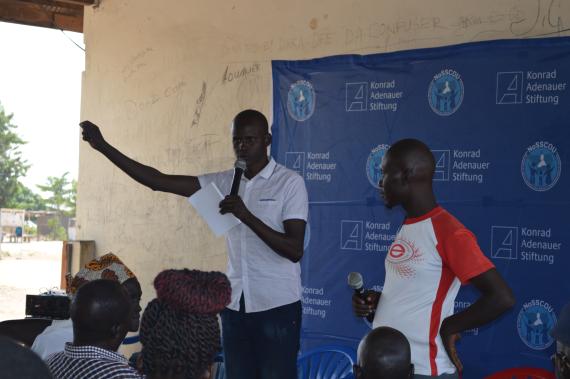 John Peng explaining the key highlights of the peace agreement. 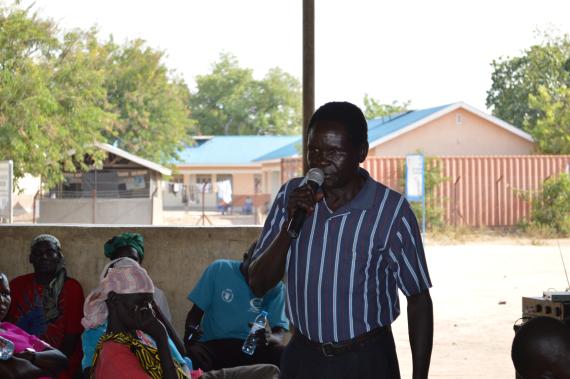 "It is up to me and up to you to take action. We have to understand ourselves, appreciate and respect others and to become one and stay as one people.” – Koboji Simon, founder of the Elders Emergency Rehabilitation Action at the second panel session. 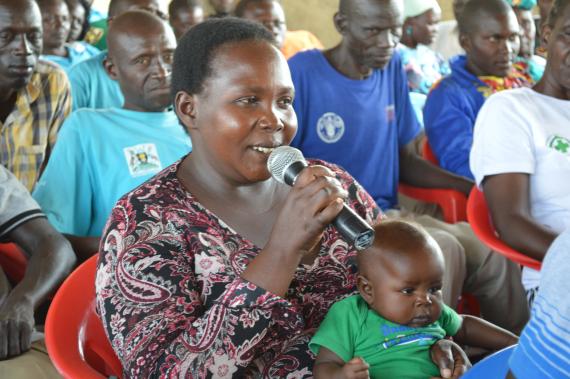 Saida, a deputy leader at the Rhino Refugee Resettlement, challenged the audience to prove the viability of peace in South Sudan. 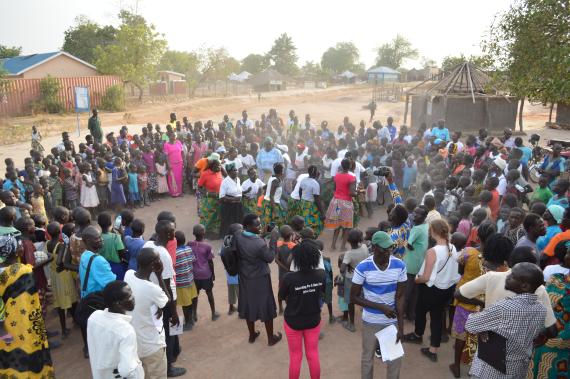 With their dances and songs, Kakwa Traditional Dancers express their wishes, fears and stories. 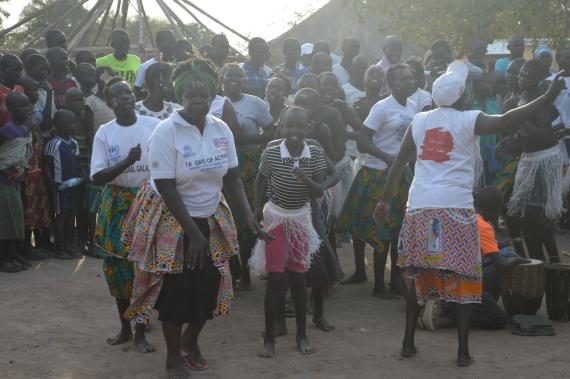 “We women are ready to go back to our home” – a message conveyed by the song performed by the women and girls.

As 64 different ethnic groups, each having their own values, norms and traditions exist in South Sudan, culture is a crucial factor that needs to be considered in the peace process in South Sudan. Therefore, the KAS promotes dialogue between the various South Sudanese communities through supporting NoSSCOU and its sub-organizations to hold intercultural dialogues in several areas in Uganda. This dialogue took place in the Rhino Refugee Resettlement in Arua to enhance South Sudanese refugees’ understanding of the peace agreement and to support a dialogue on cultural coexistence and harmony.

A keynote address, given by the recently elected Refugee Welfare Council (RWC) III Chairperson Amani Joseph, introduced the leaders to the concept of tribal stereotypes. He stressed that they have to be disrupted to bridge the broken fabrics of intercommunal relationships which can be achieved through intercultural dialogue.

The first panel session brought activists for peace, women, youth and refugees in the Rhino Camp together to discuss how a shared South Sudan identity can be built. Followed by several group discussions, the participants reflected what their role in this process is and developed ideas to promote a shared national identity in their country. These ideas ranged from civil engagement up to the necessity of dialogue and education.

The following heated and enlightening talk and discussion guided by Jon Peng de Ngong from NoSSCOU, who explained the key highlights of the Revitalized Agreement on the Resolution of the Conflict in South Sudan (R-ARCSS), helped the participants to gain deeper knowledge of the peace agreement. In the subsequent debate, the refugee community leaders raised up serious doubts about the commitment of the South Sudanese leaders to the peace agreement. Saida, a deputy RWC leader, mentioned previous violations and the ongoing fighting in her village and challenged the audience to prove the viability of peace: “How sincere are you people to preach about a beautiful peace in this document while the actual war is going on in my village? Are you luring us back to the death trap?”

In the second panel discussion, representatives of the refugees at the resettlement, the Office of the Prime Minister and Oxfam debated about the R-ARCSS. They emphasized several times that it is necessary for the leaders to understand the peace agreement and its chapters to hold leaders accountable and to educate the South Sudanese diaspora.

“We women are ready to go back to our home” – a message conveyed by the song performed by women and girls from Kakwa Traditional Dancers at the end of the day. With their dances and songs they express their wishes, fears and stories. The group posted a character in military uniform who keeps pulling young girls out of the line and descending on them with a long knife, symbolizing throat-slitting and the threat of raping, killing and violence.