On the 22nd October 2016, eight political parties that constitute the Interparty Youth Platform (IYOP) decided to play soccer in a bid to promote peace and tolerance. It was the first time these youth from across the political divide took such a bold step to engage each other based on fair play and fair rules.
October 27, 2016 Ordering Information 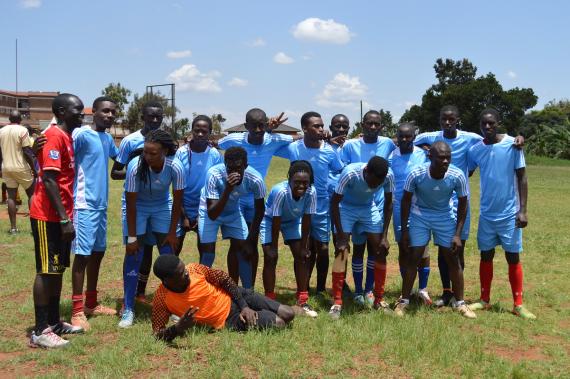 The tournament was played on a knock out basis with the National Resistance Movement (NRM) and People’s progressive party playing the first match where the ruling was beaten in the penalty shoot out. This set a good pace for the rest of the parties to play given that NRM conceded defeat and congratulated the team that had won.

The Democratic Party (DP) too was beaten by Uganda People Congress (UPC) while Justice Forum (JEEMA) beat the Conservative Party (CP). Uganda Federal Alliance (UFA) attempted to beat the Forum for Democratic (FDC) in vain. The FDC, PPP, UPC and JEEMA qualified for the semifinals where UPC and JEEMA stood out as the best teams.

In what was dubbed fair play, JEEMA emerged the winner of the soccer challenge 2016. The other teams conceded and agreed there was fair play and agreed rules of the game. At some point FDC challenged JEEMA’s victory at the semifinals on the basis that JEEMA had no female players on pitch by the end of the match, however it was agreed that the victory be forfeited and a replay undertaken in order to determine who goes to the finals. JEEMA still won and qualified for the finals.

One of the goals of the soccer challenge was to encourage women participation in the political parties. This meant that each team had to consist of at least 3 female players. Many of the teams could barely raise 3 players some which had only nine players as a result of not being able to attract female participation. It still remains a challenge getting women to actively participate in party activities. The best player of the day notwithstanding was Rashida Juma, a female youth from JEEMA.

Senior party leaders including Gen. Mugisha Muntu, Hon. Asuman Basalirwa, and Hon. Mukasa Mbidde among others showed their commitment and support for interparty youth dialogue and cooperation. The KAS Country Representative, Mathias Kamp reaffirmed KAS’s commitment to promoting dialogue and encouraging youth participation in active roles of the political parties. He committed to supporting the soccer challenge and making it an annual event. The soccer challenge 2016 was organized by IYOP and University Forum on Governance (UNIFOG). 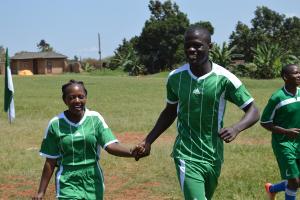 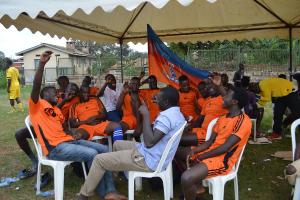 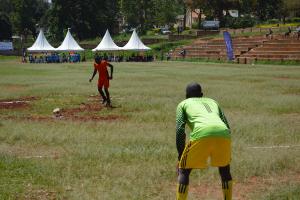 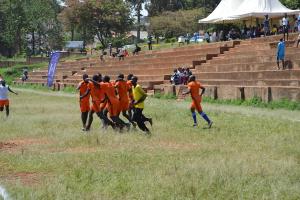