The Lira debate was a second in the 2016 debating series which seeks to evaluate youth engagement in the 2016 polls as well as identify and document strategies for a more constructive and sustained youth political engagement beyond elections. The debate is also build-up into the 2016 annual youth conference portended for May 2016, which will also address the same topic from a national perspective.
April 28, 2016 Ordering Information 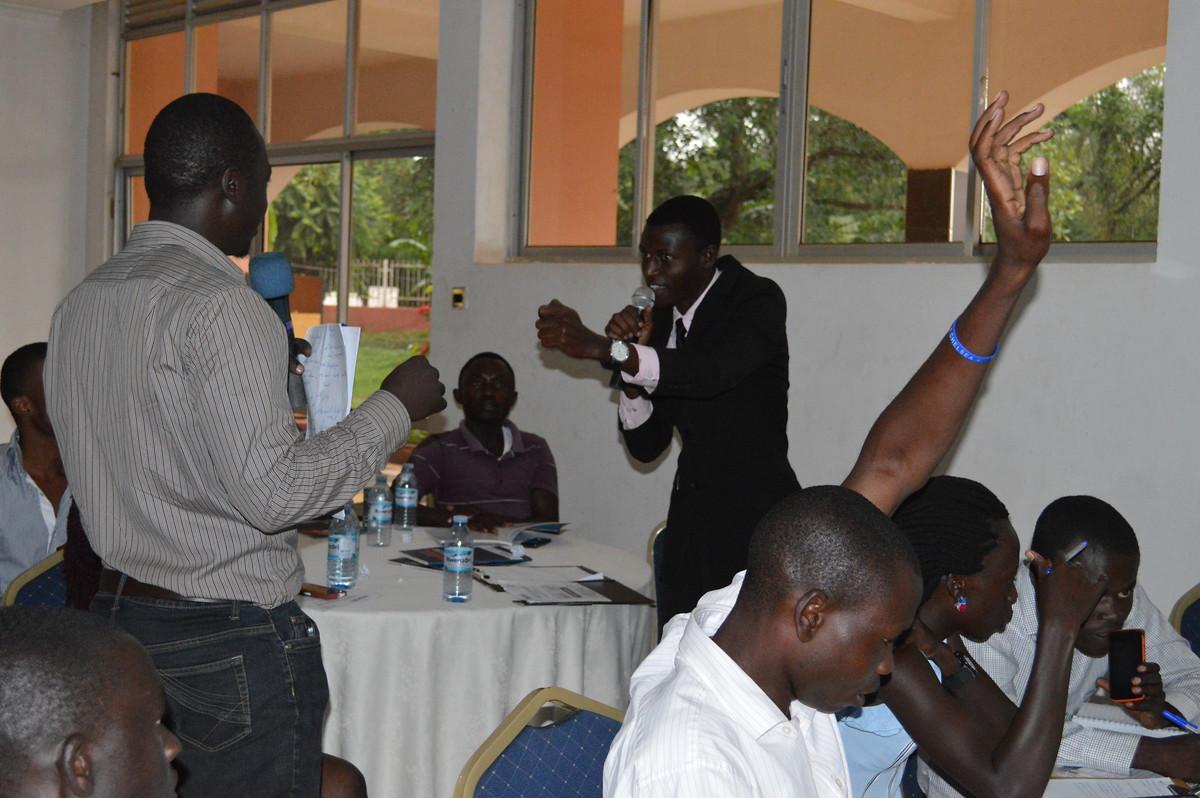 In the second series of our 2016 University Debate Series, we held an intellectually stimulating and vibrant conversation with the students and young leaders of Lango Sub-region at Lira Hotel on the 28th April 2016. Together with our partner the University Forum on Governance (UNIFOG), we brought together 160 students from all major institutions of higher learning within Lira Town to debate the subject of youth youth participation in political processes. Dubbed: Beyond Elections: Fostering and Sustaining Constructive Youth Political Engagement the debate which offered an exciting learning and contestation platform on topical issues related to the challenges that continue to riddle youth’s active engagement in political processes and the opportunities which can be exploited to advance the youth agenda in both the social, economic and political arena.

The welcoming remarks by Donnas Ojok, the Programme Officer at KAS echoed the significance of bringing engagement platforms closure to the youth especially that at the grass roots to not only build their capacity but also continue reminding them to be actively involved in political processes. The recently concluded elections shouldn't be the end of our political engagement. Instead, the outcome should stir in us an unwavering spirit to continue striving to improve our political landscape and create a level playing grounds that gives us the platform to make our voices be heard” He stressed.

Bruce Kabassa, the Associate Director at UNIFOG presented a synthesis paper which gave a synopsis of youth participation in political processes. The paper explored youth’s participation in politics through structures like the National Youth Council and Uganda National Students’ Association and gave perspectives whether such structures are relevant in promoting youth development. He also gave an in-depth insight of youth participation in the recently concluded elections sighting instances and scenarios where youth were either wrongly or rightly used, for instance, the Power 10 structure of FDC and the so called Crime Preventers by NRM. The presentation aided the framework for guiding the panel session which was being moderated by Ivan Rugambwa, a renowned young journalist and radio political pundit in Uganda.

The panel session which was composed of four young leaders and university students took the topic of youth participation broadened it to incorporate key issues effecting and affecting youth political engagement such as: How should the youth overcome the current dilemmas that limit their political participation; how should the youth be incentivized to be fully engaged in agricultural sector; how do we keep our leaders accountable and responsive to the demands of the young people; are youth organizations like UNSA, NYC relevant in addressing the challenges that riddle young people? How should the youth unite and cooperate to project their voices as a single homogeneous unity amidst their heterogeneity? How should social media be harnessed to tackle the challenges young people face?

Eton Rashid, a young political activist and a renowned commentator on political issues in Northern Uganda started by making a clarion call to young people to be motivated by the need to do something for their disadvantaged people. Everything he noted starts with passion and unless young people start falling in love with constructive political participation, the status-quo is not going to change to favor them. Apart from that, Eton also advocated for youth’s economic independence as the yardstick for political empowerment. “There is no way a jobless and economically disempowered youth can meaningful influence politics and crucial decision making process” Eton lamented.

Erach Daniel, a youth leader and student at Lango University also reiterated the need for continuous self-empowerment through reading and interacting with politically active members of the society as an opportunity for young people to become politically engaged. By doing this, he noted, “young people will get mentorship opportunities and learn the art of political engagement”. Daniel also called upon the youth to have a mindset change towards agriculture because it is a goldmine of opportunities since it forms the back born of Uganda’s economy. Similarly, the government should design an agricultural system and policy which is suitable for the 21st century and filled with a plethora of opportunities which can attract young people.

Donna Keirungi another student from Makerere University and an intern at UNIFOG also lamented that the concept of youth participation in political processes will still continue to be elusive if youth are not aware of the ensuing incentives associated with it. “Many times, young people become politically active only to be used as ladders by those who are already parts of the existing political establishment” She noted. This continuous series of disappointments will continue preventing young people to become fully engaged in political activism” She re-echoed.

Oula David, another student leader made a clarion call to the youth in Lango sub-region to tap the opportunities presented by the government and NGOs and use it as a yardstick to meaningfully participate in political processes.

Conclusively, the debate urged the youth to engage actively in political processes and to embrace the existing opportunities rather than lamenting and doing so little to forge a better destiny for their futures. 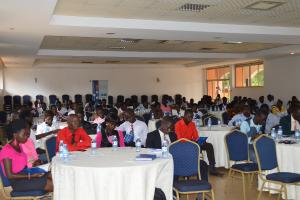 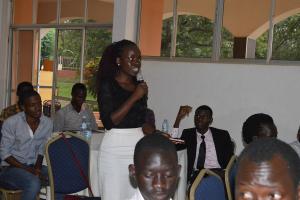 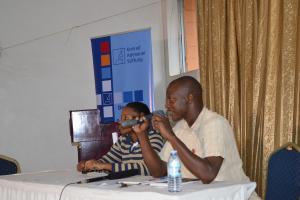 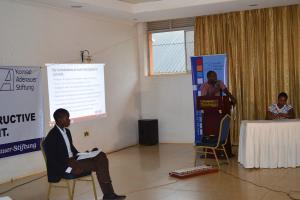 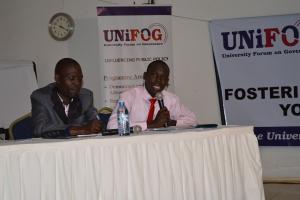