Empowering Young Women to Make Their Voices Heard in Politics

A two-day training for Secretaries for Female Affairs from eastern Uganda was held in cooperation with the National Youth Council in Soroti. It was aimed at influencing and informing the opinions of newly-elected female youth leaders to champion the women’s youth agenda in Uganda and to enhance their understanding of the professional ethics of being a youth leader.
October 31, 2017 Ordering Information 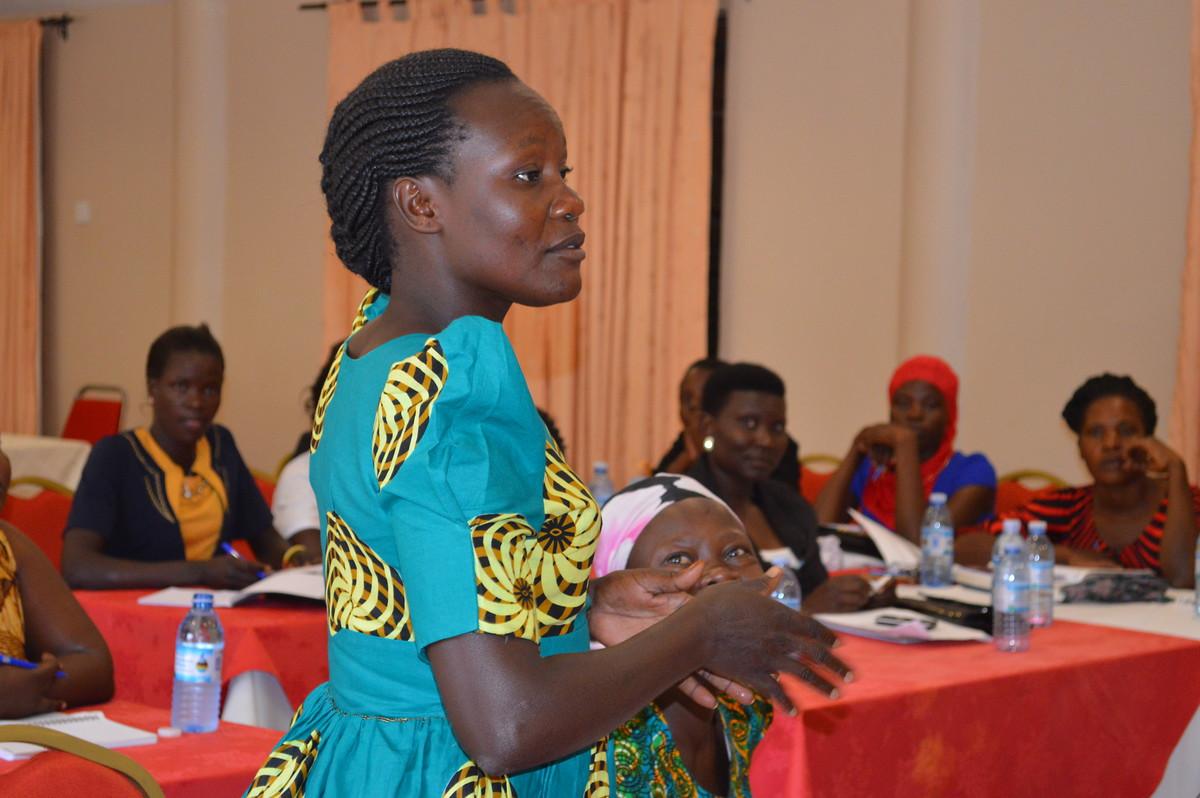 Unequal distribution of resources, religious and cultural traditions, domestic violence and sexual harassment are all still barriers to the political participation of women in Uganda. With only 6.8% of the candidates in the parliamentary race being women in the 2016 general elections, their participation remains low despite the existence of legal frameworks aimed at empowering women to get involved. The two-day workshop for 28 Secretaries for Female Affairs from 20 selected districts in eastern Uganda held in Soroti was therefore aimed at providing female youth leaders with the skills for effective political participation.

In his official opening remarks, Soroti LC5 Chairman George William Egunyu encouraged the participants to embrace the future and to improve the situation of the country.

The current political instability caused by the elections in Kenya exemplifies the importance of accountable leaders that understand the legal frameworks of their electoral system. Professor Yasin Olum from Makerere University therefore focused on the Ugandan electoral system as it is enshrined in the constitution as well as a number of electoral laws. In the subsquent discussions, participants reflected on the state of multiparty politics in Uganda and came to the conclusion that there is still room for improvement until all parties enjoy equal rights. Another contentious issue that was raised is corruption in day-to-day politics, which makes accountable and ethical future leaders even more important.

In an engaging group exercise, the young women leaders discussed and then presented their findings on the ways in which they are empowered, the challenges they still face as well as the strategies that can be employed to overcome these challenges.

The participants agreed that a number of national and international legal policies empower them. At the national level, constitutional amendments, National Women’s Act, the Parliamentary Election Act, the Presidential Election Act as well as affirmative action policies all enable women to equally participate in politics without discrimination. At the international level, the UN CEDAW framework is a strong instrument empowering women globally.

Despite formal legal empowerment, women must still overcome a number of challenges to truly enjoy equal rights and participation: the traditional subordination of women, suppression during decision-making processes, financial inequality as well as sexual harassment are just a few of the issues which were discussed.

Strategies to overcome these barriers must be implemented at all levels. At the societal level, more sensitization on the issues of women must take place in order to increase awareness. Additionally, the government should increase its efforts at addressing gender related barriers. At the local and regional levels, more consultations and trainings could be implemented to create networks for women to exchange their strategies and experiences.

On the second day of training, Simon Opoka highlighted the statistical underrepresentation of women in Ugandan politics with only 1.9% of candidates for LC5 chairperson in the previous election being women. Over 600.000 elected positions in the National Youth Council pose the opportunity to young women to increase their engagement. Elections offer the chance to influence the political conversation, so if more women stood for election, they could also increasingly make their voices heard.

The rest of the training then focused on the civic responsibility that comes with being an elected leader. Responsible leaders produce responsible governments; accountability and ethical behavior are the keys to a viable and functioning public sector. However, a number of challenges such as weak political leadership, the lack of resources to enforce laws as well as lackluster support by the international community make accountability difficult in Uganda. Youth leaders can counter this by taking responsibility and leading by example for their community members.

During the two days of training it became clear that the young women are ready to take responsibility and enhance their participation in politics. Prof. Olum closed the meeting with words to remember: “you all have the potential to become the first female President of Uganda”. 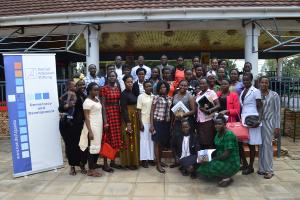 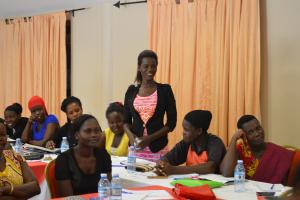 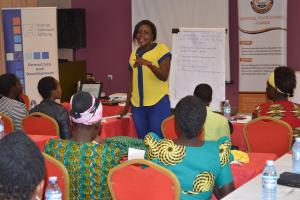 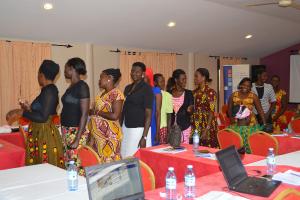