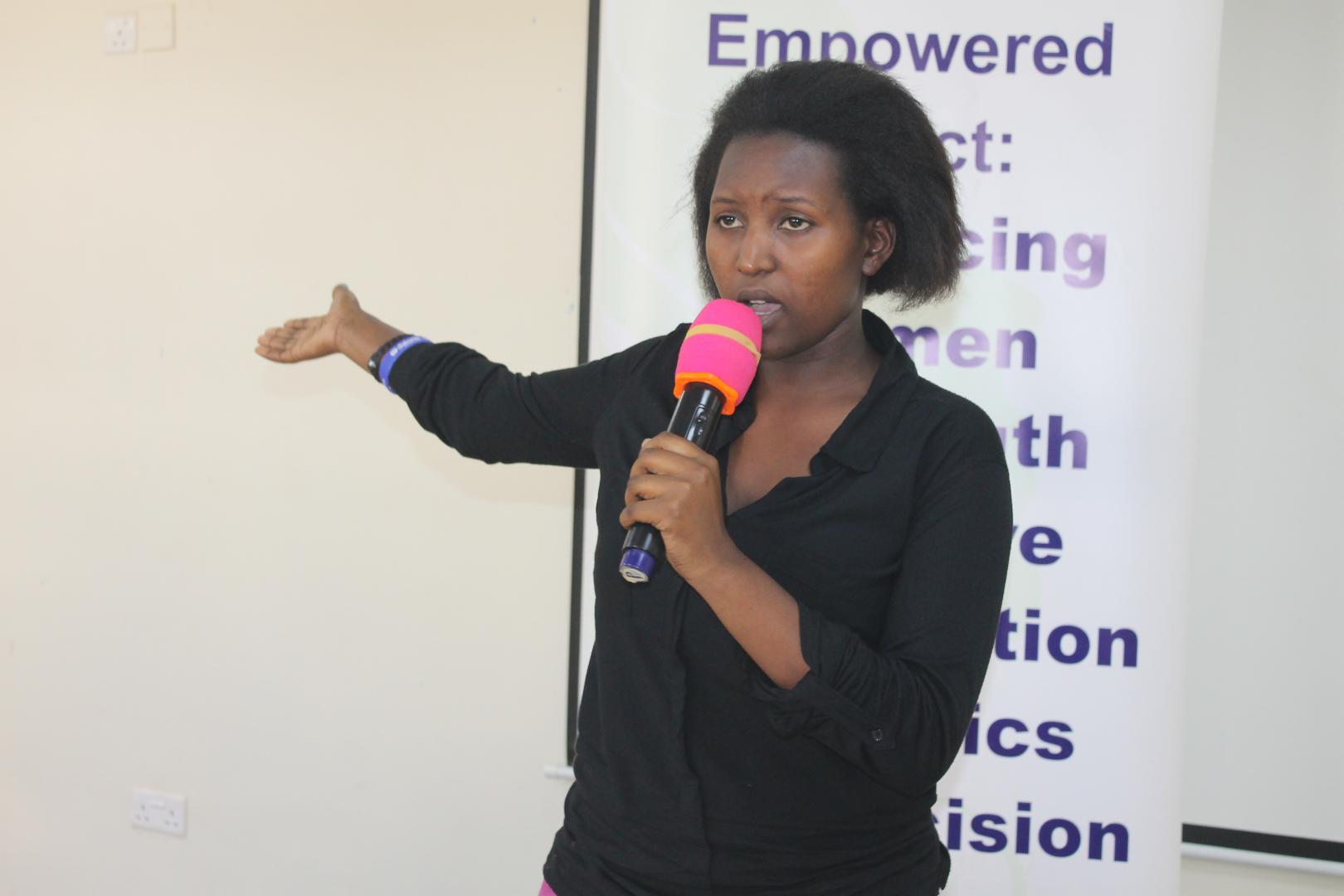 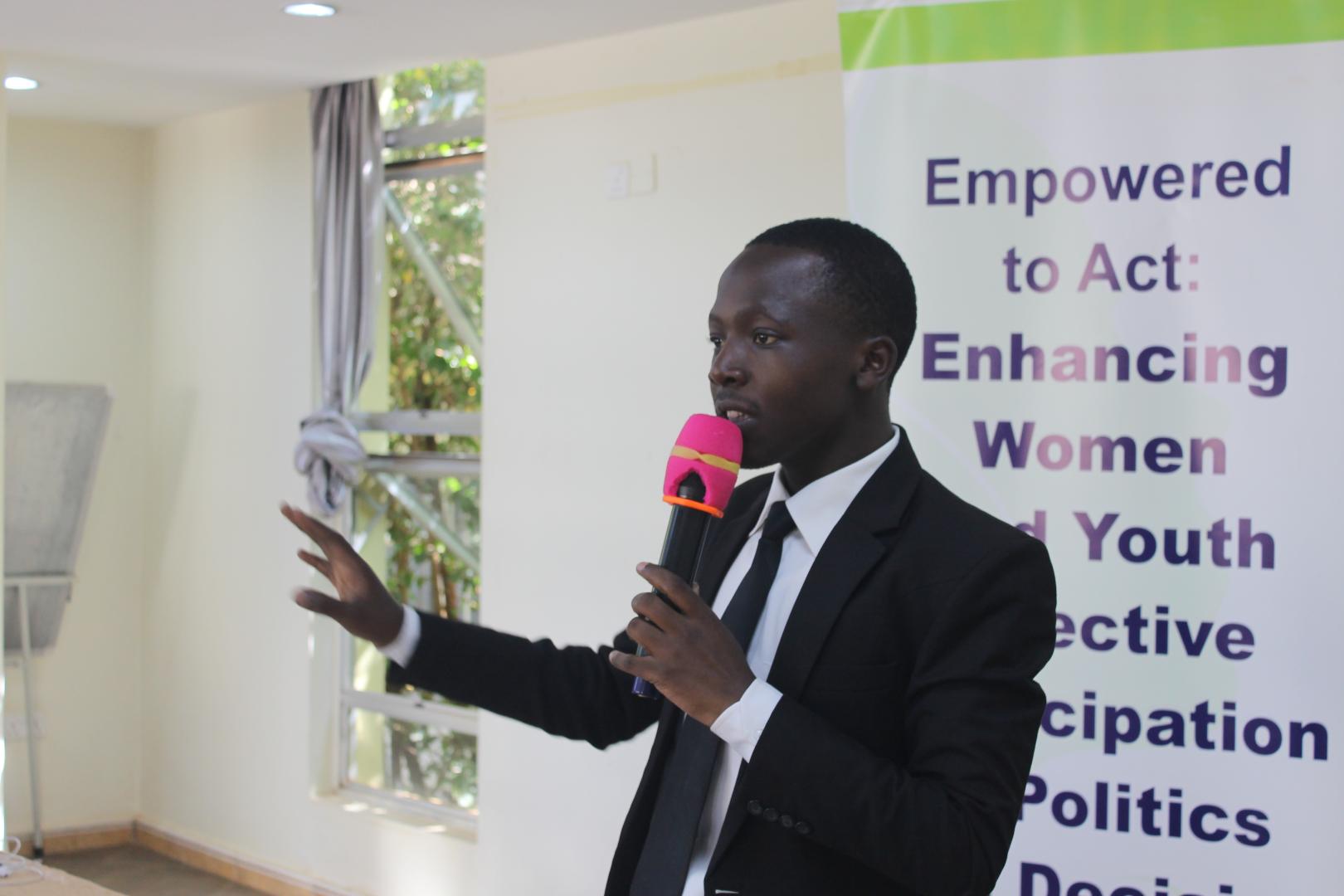 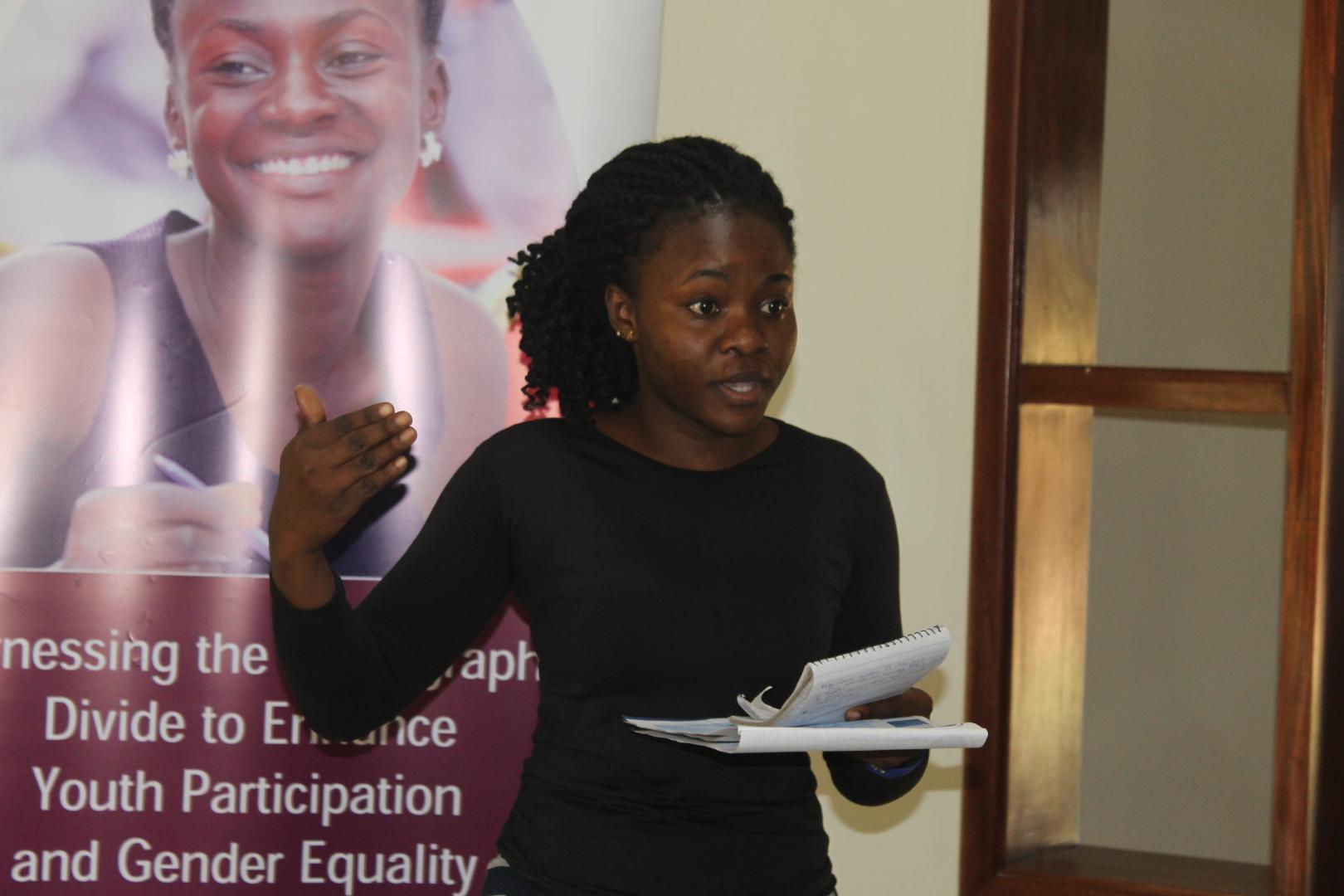 Before the actual competition started Isabella Akiteng, an Ugandan mentor and feminist, hold a speech about the necessity of gender and youth empowerment to tackle the issue of sexual harassment: “People should have the freedom to live the way they want to. As long as their way of living does not affect the way you sleep at night”. The special thing about her speech was its interactive nature – Mrs. Akiteng motivated the students to ask questions and to express their thoughts. This resulted in a quite intensive but always fair discussion in a very cheerful and positive atmosphere. Mrs. Akiteng also encouraged the students to engage in politics on the lower levels: “The world will change because you did the small things”.

Afterwards the participants learned and directly applied the debate style of the British Parliament, which is characterized by thoughtful, tough, but also humoristic arguments. Equipped with this new knowledge the students entered the first round of the competition that was about dealing with sexual harassment by professors. Everybody showed their awareness, but suggested different strategies on how to best prevent future harassments. In each debate four students took the perspective of the government and four the stand of the opposition.

The first debate of the next day focused on the question if populist movements are dangerous for a multi-party-democracy.  The argument of the government, that the change these movements were promising would not be sustainable and that political parties already ensure a fair representation was countered by the opposition side. They argued that the extra-parliamentary movements are an additional tool to political parties and that these movements “give a voice to the otherwise voiceless”.  The students brought in historic examples like the movements of Gandhi and Mandela as well as current ones such as the Yellow Wests in France and People Powe r in Uganda.

Much disagreement came up during the debate about the question how many political parties are appropriate for a well-functioning democracy. The opinions differed from “There should be two parties, so that the people have a clear choice.”, to “There should be as many parties as opinions.” After each debate the judges gave not only a well-argued feedback, but also deeper and detailed insights on the issues.

Regarding the debate question whether the government should concentrate first on gender empowerment or on income equality one of the participants stated: “Establishing gender equality is the most powerful tool to increase overall welfare in a society”. This  was similar to the concluding speech by Regina Bafaki, Executive Director of ACFODE as she emphasized: “Women and men will equally profit from gender empowerment”. Furthermore she spoke about the first debate competition eight years ago and reported that the former participants are now pursuing successful careers. Mrs. Bafaki’s words were highly motivating as she clarified that all attending students are winners.

The Competition showed what a great potential lies in Uganda’s youth. The debates were peppered with humoristic elements, elaborated arguments and stylistic devices. Participants as well as judges mentioned the open and kind atmosphere of the event. It successfully enhanced the students’ ability of critical thinking on issues such as youth and women empowerment, which are crucial for a sustainable democratic development.