On 10 November 2015, Action for Development (ACFODE) and the Konrad-Adenauer-Stiftung (KAS) held a Youth Democracy Forum which did not only address civil society and party youth, but also alumni from different universities who participated in the KAS and ACFODE inter-university debating competitions in 2013.
November 12, 2015 Ordering Information 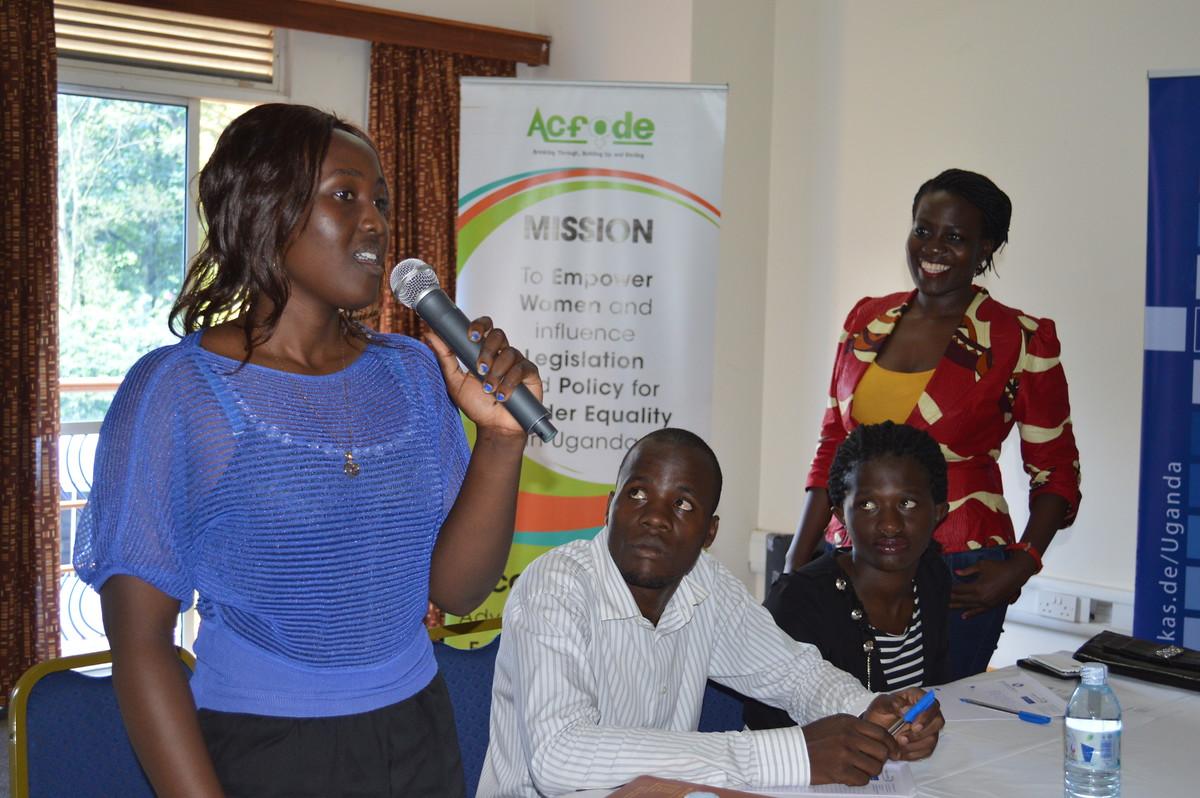 Hellena Okiring asks participants who are going to run for elective office about their experience so far. 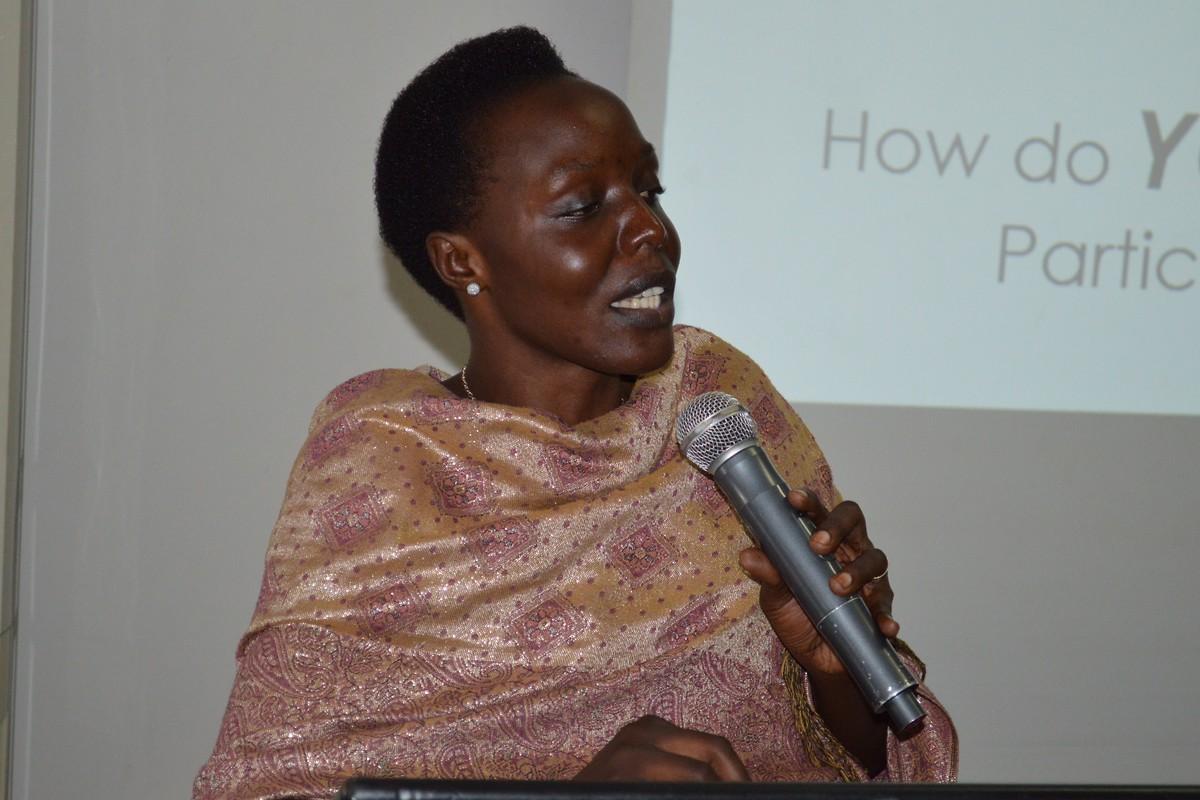 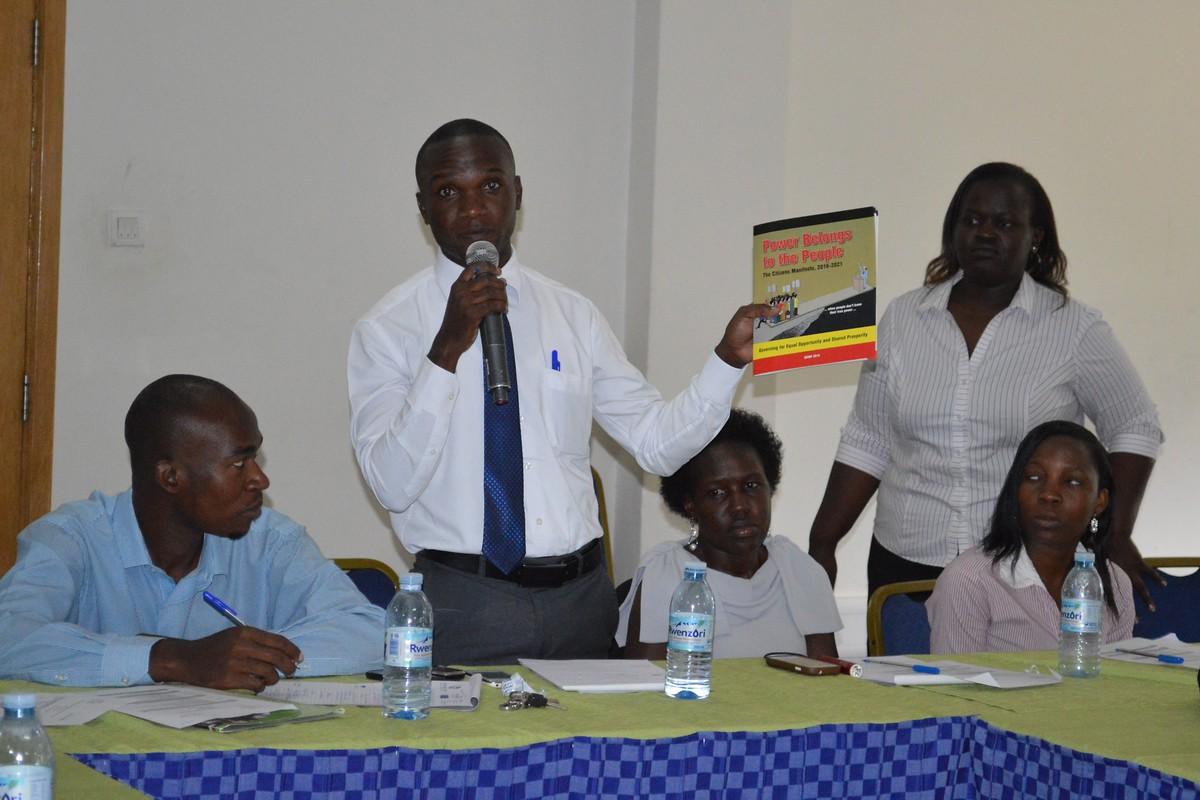 One of the participants engages in the discussion and refers to the Citizens' Manifesto 2016 to 2021. 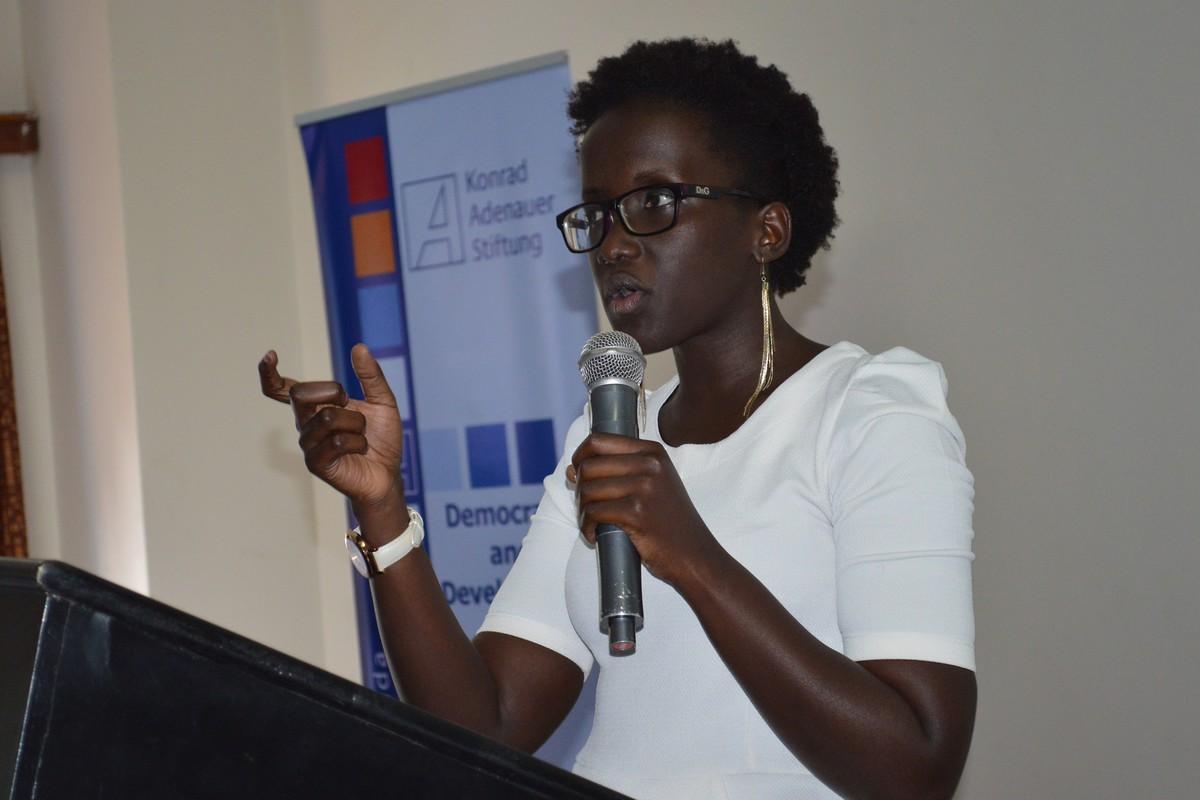 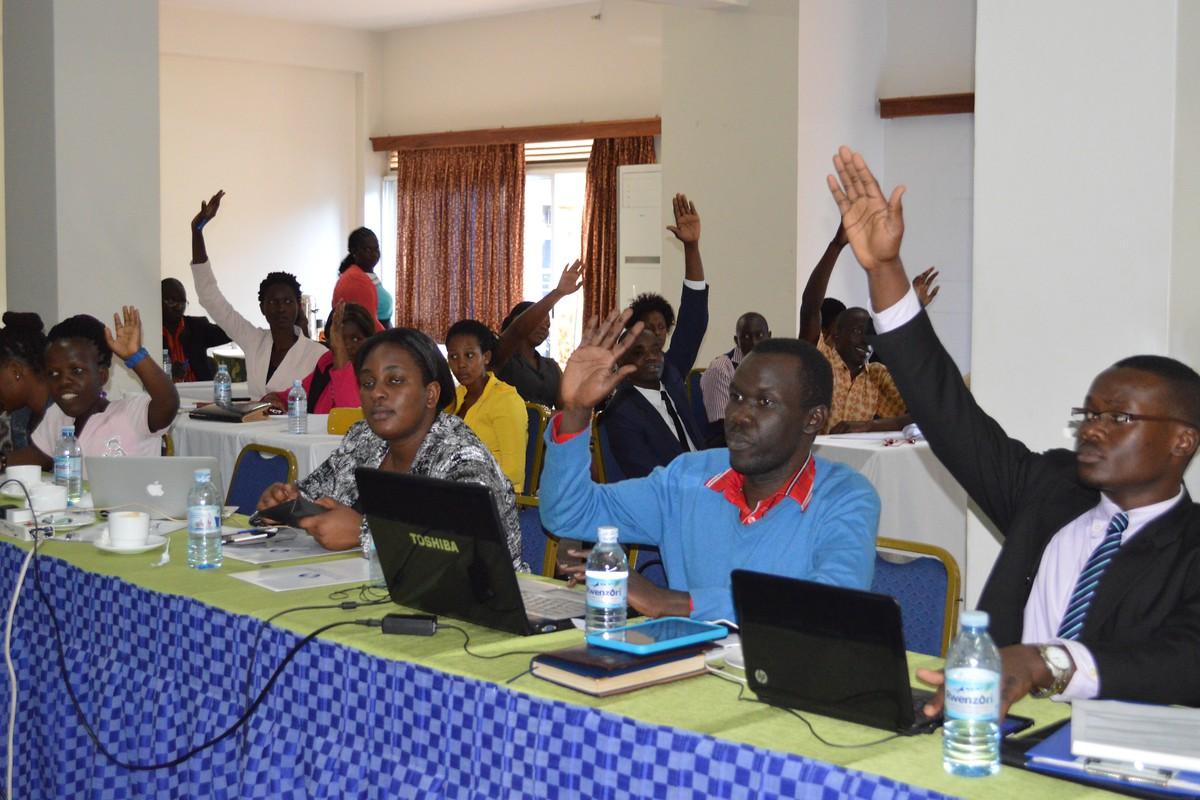 ... is trying to establish the degree of political participation of the participants. 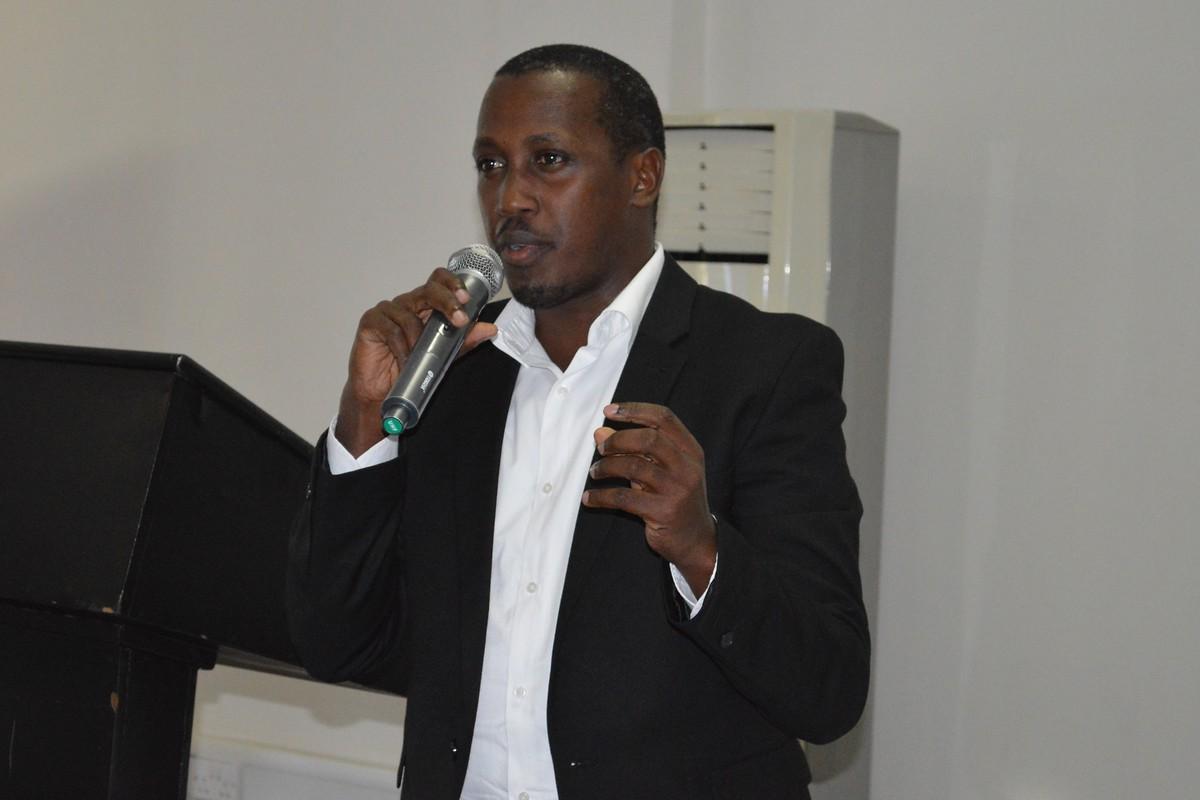 Hon. Gerald Karuhanga admits that he did not achieve all his goals for the youth of Uganda. 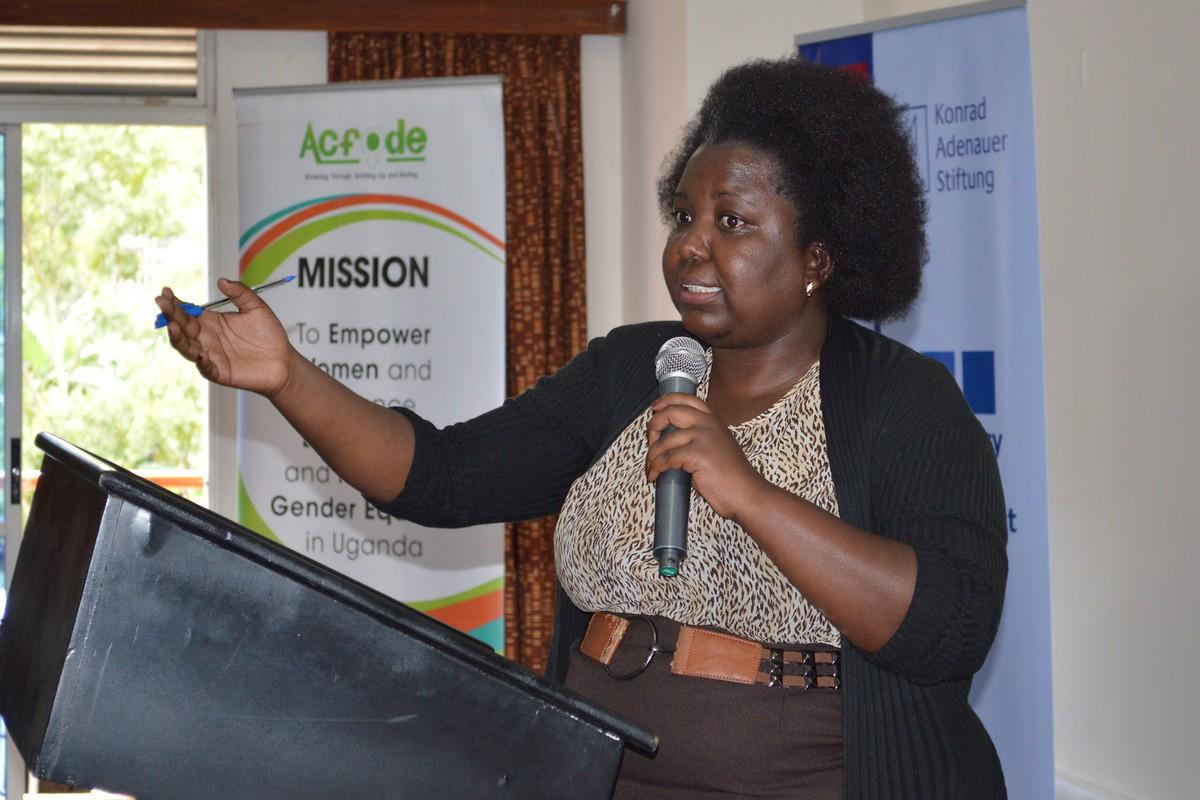 Isabella Akiteng, moderator of the Forum,... 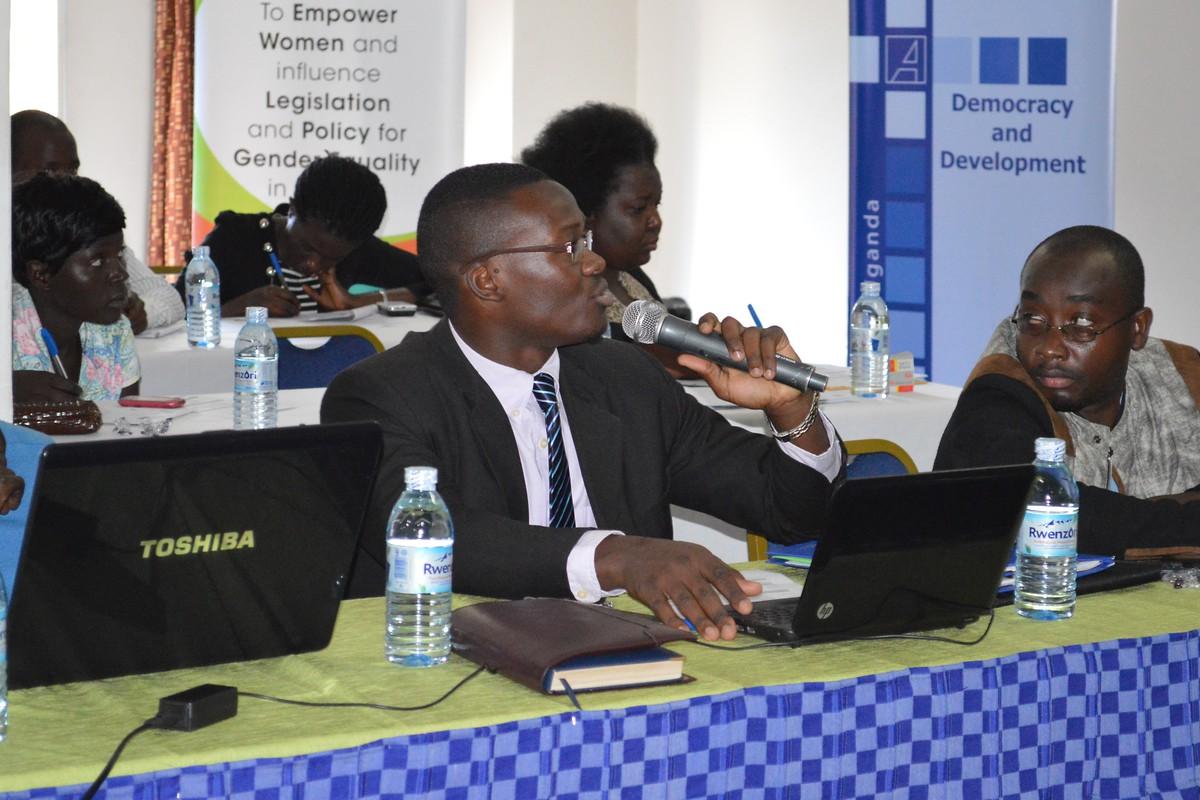 ... asks the participants for ways forward to improve youth participation in governance.

Even though there are numerous avenues for youth participation in the Ugandan constitution and other legal frameworks and a plethora of NGOs, CSOs, and government institutions whose main purpose it is to include the youth in political decision making and advocate for their interests, the Ugandan youth fail to make their voices heard effectively. There are a number of reasons which account for that, such as for example a lack of political and civic education, cultural practices which advantage elders over the youth, and political party structures which are based on financial capacities and therefore often disenfranchise the youth who might either not generate any income at all or are just at the beginning of their professional careers.

In order to address these issues, which gain even more importance ahead of the 2016 general elections, ACFODE and KAS have decided to tap into the network of students who participated in inter-university debating competitions which had been organized in 2013. Students and young professionals from many different universities all over the country came together at Metropole Hotel in order to discuss the challenges their generation faces as well as possible solutions. In 2013, the debates focused on motions of gender equality, women’s rights, and cultural practices that establish gender relations in Uganda. The goal was then to tap into the energies of the youth to make them advocates for gender equality and create a pool of multipliers who would, after they finished university, share their knowledge about gender issues in Uganda in their workplace.

The forum was opened representatives of KAS and ACFODE, who emphasized that it was a great honour to welcome the alumni to Kampala after all the time that had passed. They made a strong point in encouraging all the participants to be active and engaged – not only in the course of the Forum, but also beyond in their everyday lives.

Following that was a presentation by Hellena Okiring, Team Leader of the Dream Initiative, who gave an outlook on the status of, avenues for, and challenges to youth participation in political processes in Uganda at the moment. She called on the participants to double check if they were actually participating of they “were being participated” and – through that – kept quiet. For that purpose, she introduced indicators that would make it possible for the participants to analyse their own participation and find out if they are being an active part of the system. She closed her presentation by asking the question “How do YOU want to participate?”

Following that, Isabella Akiteng, Project Coordinator with UYONET and moderator of the Forum, invited Irene Ikomu, Coordinator of Parliament Watch Uganda, to share her presentation on how to influence political party structures for effective youth engagement. She assessed the degree of political party work of the participants by asking several questions, starting with who of them was registered to vote in 2016, who would actually go and vote, and – if the latter was answered negatively – why they wouldn’t go and vote. It turned out that a large part of the participants was already certain that the elections were going to be rigged and therefore they did not want any part in them. However, Ms. Ikomu made it a strong point that participating in elections is crucial in order to be able to claim ownership in the political process.

Two youth Members of Parliament joined the Forum: Hon. Monica Amoding and Hon. Gerald Karuhanga, who both used the opportunity to address the participants. Especially Hon. Karuhanga took the chance to look back on his legislature period and on the things he achieved for the youth in Uganda. He admitted that, seeing the trust that was given to him by the youth by voting for him, he had not achieved as much as he should have.

Before collecting ways forward for improving youth participation, one of the debate alumni was asked to share his experience after participating in the debating competitions. He not only demonstrated great passion for governance issues and political activism, but also thanked ACFODE for giving him the exposure and knowledge that made it possible for him to become the activist he was today. 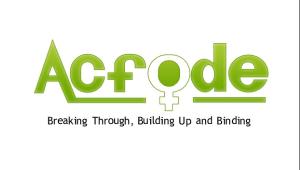 The Youth Democracy Forum was part of the ACFODE@30 celebrations.