Achieving Peace in South Sudan: What Role for Civil Society?

Since the outbreak of violence in South Sudan in 2013, attempts at achieving lasting peace have been unsuccessful and criticized for not including all relevant stakeholders. KAS hosted a roundtable with representatives of South Sudanese women, youth, artists and religious leaders to explore how CSOs can contribute to achieving sustainable peace in the country.
December 12, 2017 Ordering Information 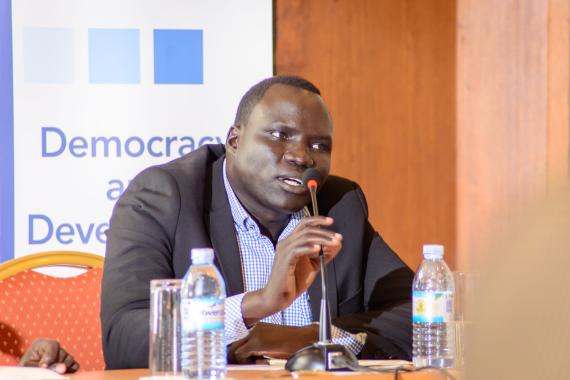 After the outbreak of violence in South Sudan in 2013, a number of internationally mediated talks in Addis Ababa, Nairobi and Entebbe have failed to establish peace in the country. In October this year, 14 South Sudanese civil society organizations published an open letter criticizing their exclusion from the IGAD Consultation for Peace Revitalization Forum, displaying the need for an inclusive peace process. Previous peace negotiations in South Sudan have shown that sustainable peace can only be achieved through an inclusive approach involving local and national actors. Civil society has the potential to bridge divisions among armed parties and local communities. Justice and reconciliation can only be sustainable through efforts at both the elite as well as grassroots level.

Therefore, the Konrad Adenauer Stiftung (KAS) hosted a roundtable for South Sudanese civil society representatives working from Kampala to explore the question of how civil society can contribute to lasting peace in the country. Special focus was placed on representatives of youth, women, religions as well as artists, as these stakeholders have been underrepresented in past peace efforts.

In her opening remarks, Juliane Bing from KAS underlined the valuable contributions CSOs can make to peace negotiations: they can provide crucial knowledge about the realities on the ground: their work gives them and understanding of the local culture and traditions as well as the positions, needs and interests of local communities. They can play a role in rebuilding trust within society and give a peace agreement broad ownership within society.

Although the term “civil society” is broadly used, there is often no clear cut consensus or understanding of what defines this actor. Therefore, Donnas Ojok, KAS Programme Manager, went on to interactively discuss the participant’s definitions of what makes CSOs unique. The discussants underlined that CSOs have to inform, influence and agitate citizens and are independent of the government.

Opening the remarks from the participants, Jacob Bol from the South Sudanese artist’s collective #AnaTaban (Arabic for I am tired) expressed his views on how art can contribute to reconciliation in a war torn society. #AnaTaban brings together all forms of comedy, drama and visual art to create opportunities of expression for South Sudanese citizens. The artists’ aim is to ask citizens which South Sudan they want and how the country can move away from violence and destruction. Through art, people begin to express their testimonies and engage their emotions.

“Governments led by men have failed – give women a chance now”, said Amani Roselyn from Eve Organisation highlighting the need to include women in the peace process. Eve Organisation is a CSO established in 2006 in Khartoum, focusing on women’s rights in South Sudan. Women make up 60% of the population in the country and form the group suffering the most from the violence. Effective representation goes beyond mere quotas in peace negotiations: there need to be powerful voices at the table, raising women’s issues.

Malual Bol Kiir, founder of the African Youth Action Network and youth peace activist, highlighted the fact that the young generation in South Sudan is fighting in a war started by the older generation. Although young people make up the majority of the population in South Sudan, they are not given a voice at the decision making level. Rather, they are divided and instrumentalized by the political elite. Malual called for investments into youth to enable them to strengthen their platforms and become independent.

Further crucial stakeholders in South Sudan are religious groups, which have been able to successfully broker peace agreements between local communities. Bishop Mullah underlined that religious groups are not just comprised of Christians, but also include Muslim groups and other confessions. The advantage religious groups have are that they work among the people and therefore have high levels of trust among the population. What is needed is collaboration among leaders of different faiths to bridge divides and unify people under the umbrella of religion. Trust can then be rebuilt step-by-step.

One core issue raised was the ineffective coordination and cooperation among South Sudanese CSOs in Uganda. An existing consortium of organizations has thus far not been successful in speaking with one voice. Aside from a lack of resources, one of the underlying causes of this issue is the polarization and divisions among the organizations, which need to be overcome. 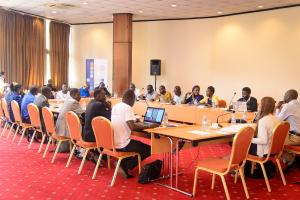 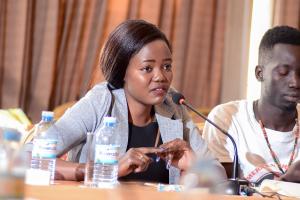 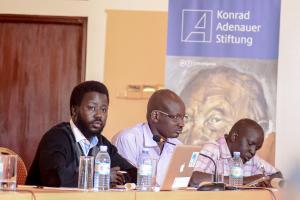