Through the project “Promoting Good governance, Accountability and Civic engagement at the local government level through Media” CEMCOD in partnership with KAS engaged and trained 16 local government leaders in the Ankole region (Mbarara, Ibanda, Kiruhura and Isingiro) in the effective use of media, with special emphasis on social media platforms in improving good governance, transparency and accountability in the management of public affairs, citizen engagement and delivery of social services.
May 30, 2016 Ordering Information 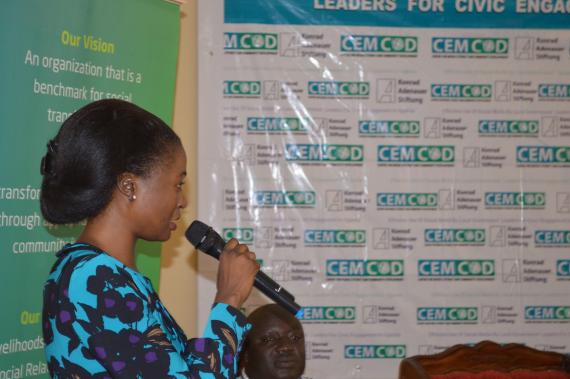 The Training was aimed at enhancing their use of new media platforms for communication and hence promotes accountability of duty bearers to local community concerns. The training workshop was based upon some lessons learned from the social media conference organized by KAS in collaboration with CEMCOD in July 2015 with the theme “Assessing the impact of social media in political communication and civic engagement in Uganda.”

Maureen Agena, a social media consultant and lead facilitator of the training started by giving participants the general concepts behind web 2.0. Crucially significant was the fact the Web 2.0 has ushered in a new communication pattern which puts the user at the center-stage. She used the analogy of the two hands to demonstrate the significance and role of social media in communication. The right hand represents five tools each represented by a finger, namely: Blogs, collaborative working, tagging, feeds, and mash-ups. The other left hand represents the human components of social media, namely: people centered, access, participatory, self content generation and the potential socio-economic change that social media promotes. The rest of the workshop focused on practical training sessions like how to create and use social media platforms like Twitter, LinkedIn, Google Plus, Facebook and Blogging.

The workshop was summed up with a public dialogue that brought on board other stakeholders and provided a platform for free speech and in essence created a connection between Local Governments, Civil Society and Media for citizen engagement and flow of information. The public dialogue also provided a platform to pilot test the trainees on civic engagement with the public using social media platforms as some of them using the hash-tag #socialmedia4LG sent out their maiden tweets and started getting tweeps (followers) from the social networking community.

In his own words, the Assistant Chief Administrative Officer of Mbarara District, Mr. Godfrey Tumusiime said that, “We should not dwell on the negativity associated with social media but focus on tapping into the enormous opportunities that social media presents for effective communication and engagement for transparency and good governance at the local level.” 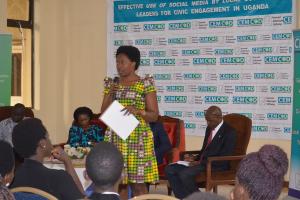 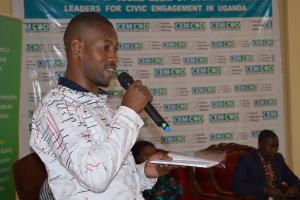 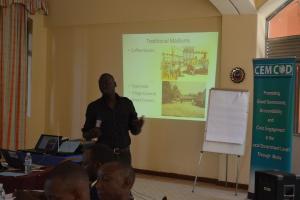 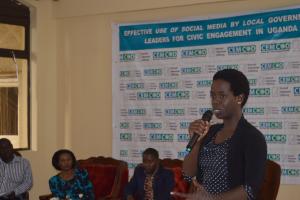 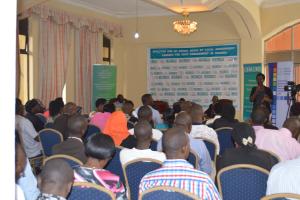