Civic education remains an important issue often neglected in Ugandan politics, despite the importance of political literacy and the engagement of all citizens in order for democracy to function properly. The goal, therefore, of the Governance Accountability Civil Society Network (GAIN) is to empower individuals and communities across the country to fully understand and practice their duties as citizens. Together with KAS, GAIN Uganda launched the Democracy Workbook in June 2017.
August 9, 2017 Ordering Information 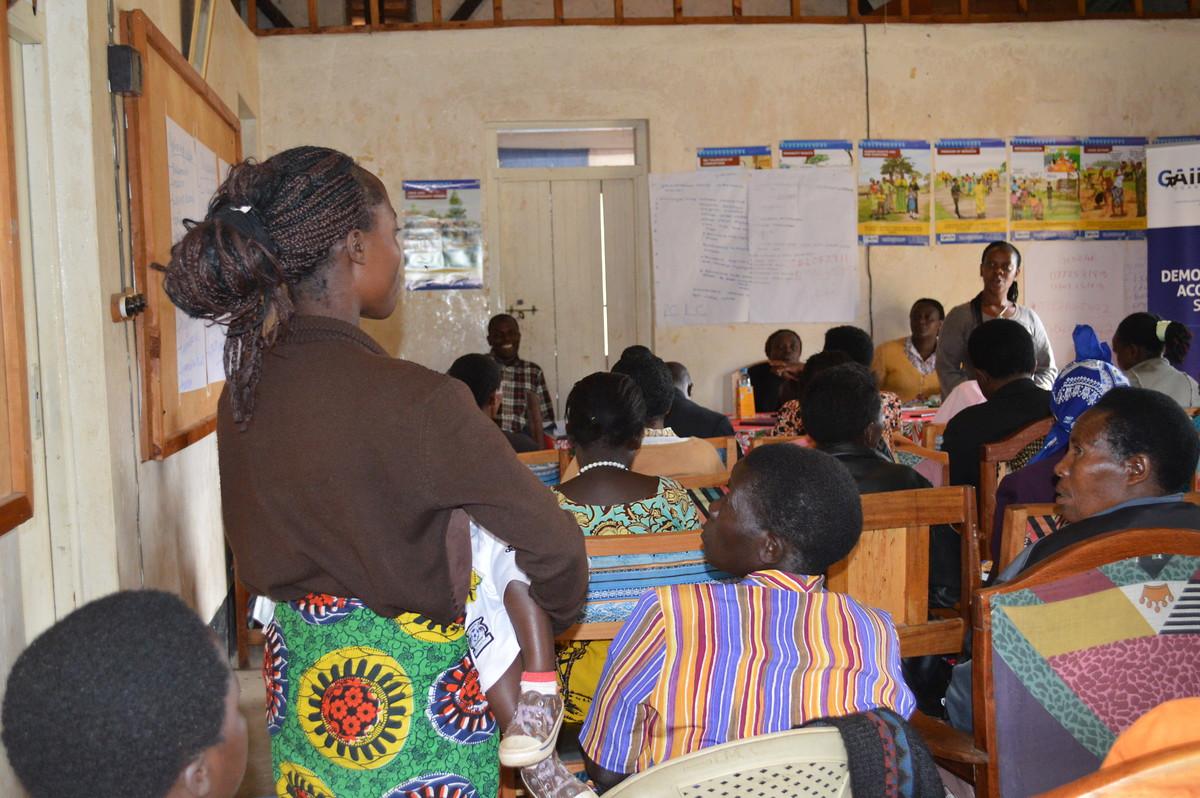 The book, among other materials, serves as a tool with which communities and individual citizens can better understand the functions of a democracy, and their position within it.

The Workbook is the foundation for the several civic education workshops which have taken place across Uganda over the last one month. One of these grassroots trainings took place on the 3rd and 4th of August 2017 in Arua district in the north-west of Uganda, a region with poverty numbers well above the national average. On two separate days, two sub-counties, Adumi and Pajulu, conducted day-long workshops with the councilmembers of the respective sub-counties. Facilitators of both workshops were Isaiah Bayo and Rita Popo, who were assisted by Aliya Pamela and Susan Adim. The participants of both workshops comprised of both female and male councilmembers, and the presence of young councilmembers was especially encouraging.

Both workshops actively engaged the participants in formulating the objectives and expectations of the civic training. The partakers of both groups were eager to learn more about their rights as citizens, and their duties as representatives of their sub-counties. It became evident that this knowledge was often lacking, further highlighting the need for communities to receive training on the workings of democracy and their responsibilities as voters, and as citizens more generally.

Since the Workbook served as guiding material for the workshops, the pictorial descriptions ensured that the concepts discussed could be easily understood by all participants. Issues such as conflict resolution, corruption, and accountability, were discussed in great detail with the participants. The participants were especially interested in discussing representation and participation in the local and national governments, as there was still considerable unfamiliarity with what they can and cannot do as representatives of their parishes. One participant of the Pajulu workshop praised the initiative to provide civic education, and voiced her concern about the challenges communities face when attempting to mobilise citizens, especially women and the youth. She suggested tackling this issue by undertaking even more capacity-building workshops and empowering women and the youth to take part.

All in all, most concerns raised by the participants circled around empowering the youth and involving women more in the decision-making process both on a local and national level. The issues raised made for lively discussions with inputs coming from both men and women. Participants were eager to pass on the information they learnt to the people of their parishes, signalling a first accomplishment in spreading civic education across Uganda.

The other districts that have successfully implemented the grassroots trainings include: Pallisa, Jinja, Mbale, Soroti, Pader, Lira, Masaka, Mbarara and Kabale.

The trainings have raised so much interest among the grassroots communities and the local leaders at the lowest levels around the country. 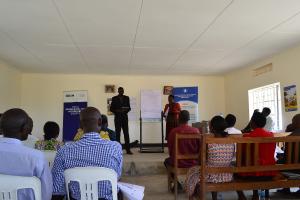 KAS
Participants at the Mbabara workshop

KAS
Facilitator at the Mbarara workshop 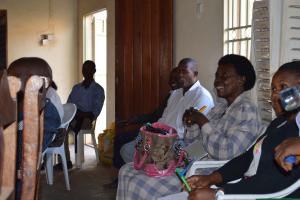 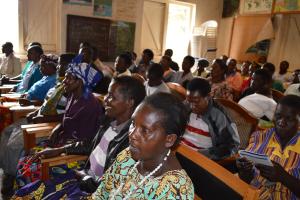 KAS
Participants at the workshop in Kabale