On Wednesday 26th June students from the Catholic University of South Sudan and Juba University held a public debate on the role of South Sudan youth as active citizens. The dialogue was meant to expand and foster a better understanding of active citizenship among the students and encourage the youth to actively and constructively participate in governance activities by working together to influence the quest for national unity and development.
June 28, 2019 Ordering Information 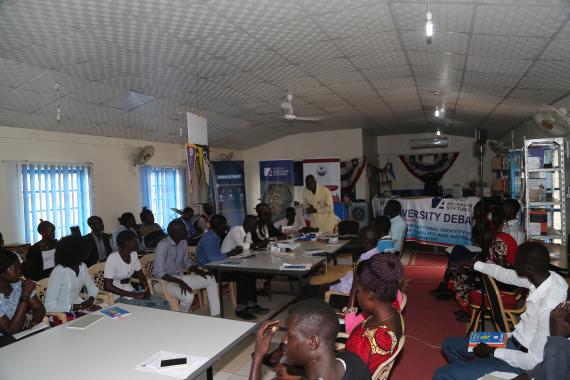 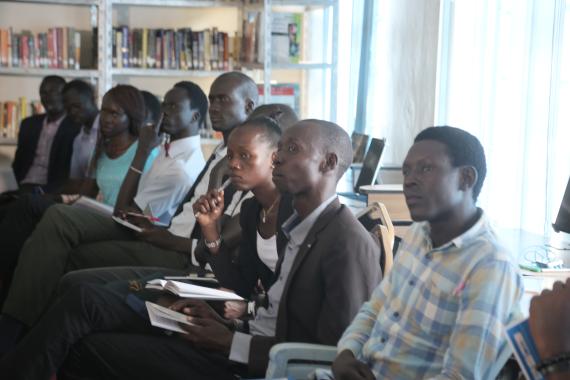 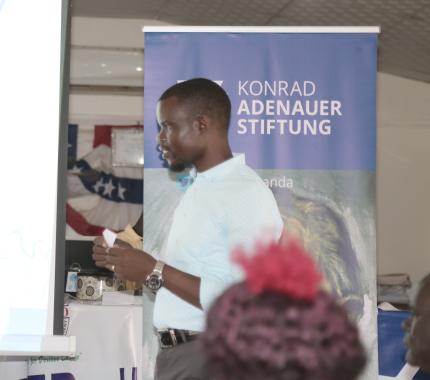 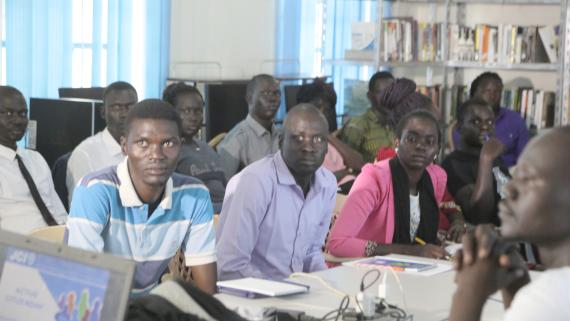 The debate and seminar which was organized in partnership with Community Empowerment for Rehabilitation and Development (CEFoRD) is meant to equip the young people with skills on good governance, peace and development and how students can actively participate in the decision making processes in the various institutions of learning and how to endorse democratic principles by allowing students to exercise their political rights at the university levels. The debate also highlighted roles played by institutions of high learning in encouraging national identity as a tool for effective governance and democratic practices in South Sudan.

During the debate, one of the participants Auer Deng a student of Juba University defines an active citizen as an individual who belongs to a state or a country and has every right accorded to him by the constitution to respect the rule of law, participate in democratic governance and voices out the weaknesses, challenges and opportunities in the country and also takes responsibility to address a particular obstacle without waiting for government’s intervention. Meanwhile Igga Godfrey representing of Catholic University of South Sudan said active citizenship concerns everyone. “We all have rights and duties to participate in economic, social and political activities” he said.

In addition that, a workshop was also conducted for 30 students’ leaders and its focus was on active citizenship and its relevance to South Sudan as well as understanding basic principles of democracy and good governance and their application in South Sudan.

This part of the training very interactive the student leaders shared their personal efforts towards social development initiatives they have undertaken as active citizens. One of the group leaders Mr. Francis Aguek said in his quest to become an active citizen and student, he started a small scale business that sells bottled water and now he has now employed three people to work with him as he continues with studies. Jane Auta, a medical student at the University of Juba also organizes trauma healing seasons to reduce the emotional and psychological impact of war among the youth in Juba.

In playing their roles as active citizens, the student’s leaders however encountered challenges ranging from intercommunal fighting, Ignorance, censorship among others such issues could not allow them mix freely with youth from others communities other than theirs owns this has reduced their efforts in contributing to community growth.

During the debate, the students made commitments to start volunteering in teaching at different schools, start up business to create employment opportunities, advocate and create awareness on national matters.

In his concluding remarks, the dean of students at the Catholic University Mr. Mathew Okot remarked that “nobody is too poor that he cannot contribute and nobody is rich that he cannot receive” meaning that every person has a moral responsibility to transform the country. He encourages the youth to be active citizens by advocating for social justice, respect for humans rights.

Meanwhile on his part Mr. Akech, the deputy dean of students Juba University pointed out that, the debate was enlightening and such engagements should be done on regular basis because “it’s the high time we built confidence in the youth and encourage them to come out their ethnic and tribal boxes to embrace national values as active citizen and change our mindsets”. “If we need to go far, we must organize because organization is the single most important power to develop our country” Mr. Akech concluded.