Student Leadership as a Breeding Ground

On Sunday, 26, March, 2017, 10 students contending for the echelon of student leadership at Makerere University where given a platform to share their manifestos and debate their agenda for the students and the University. The Guild Presidential Debate, part of our Leadership Advancement Programme with UNIFOG is now in its fifth year.
March 31, 2017 Ordering Information

For the past five years, we have been partnering with the University Forum on Governance (UNIFOG) to support guild presidential campaigns at Makerere University and other universities within the country.

This support has been through organizing intellectual debates for the candidates which previously was missing in the guild electoral process across universities in Uganda. This intervention aims to motivate aspiring young leaders to seek more knowledge and gain better understanding of major development issues and especially understand their role not only as student leaders but also as national youth leaders.

It further, offers aspiring future leaders the opportunity to improve their skills across a range of facets, including self-presentation and communication, critical thinking, networking and confidence building. At the same time, promotes democratic values of dialogue and tolerance of divergent views. The intervention is further designed to enhance the capacity of the student electoral commissions to effectively carry out their functions.

Whilst the guild electoral process offers candidates space to speak to their electorates, in most cases these platforms have been characterised by the loudly audience denying candidates the opportunity to have their massages conveyed to their electorates. Besides, candidates have mostly aimed at giving exiting speeches to the audience at these rallies with less attention to the content of their speech. KAS and UNIFOG have since changed this by organizing guild presidential candidates’ debate to create the missing platform for the candidates to speak before an organized audience.

The Sunday 26th March 2017 debate was one of the two debates supported under this initiative for 2017 at Makerere University. It mainly focused on student welfare and university leadership. The debates gave the candidates an opportunity to speak before an organised audience which they hardly get during their usual rallies.

During the introductory remarks, each candidate used five minutes to explain their leadership goals and aspirations to the audience clearly detailing their motivation to run for the guild office. This on one hand gave the candidates a chance to explain their manifestos to their electorates. On the other hand, it provided an opportunity to the electorates/ students to assess the candidates’ manifestos in determining the right candidate for the office.

The candidates then answered to questions that were posed by the moderator. These were well though questions relating to the politics and management of Makerere University and other institutions of higher learning as well as the relationship between the state and these institutions in the country. This was aimed at assessing the candidates’ understanding of the politics that shape the policies in their institution, student welfare as well as the influence of the state in the management of Universities.

In a bid to gauge the level of tolerance in competitive politics, each of the candidates was given an opportunity to ask a question to a fellow candidate of their choice. As the electorates, students were provided space to ask questions to the candidates about what they felt the candidates need to address when elected into office. These were mostly questions regarding student welfare.

The second debate will be on Sunday, 2nd April 2017. This will mainly focus on youth leadership at national level picking the opinions of the candidates on youth in national politics and development. 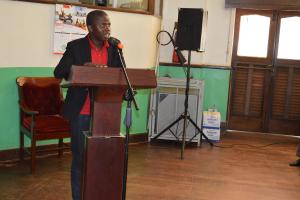 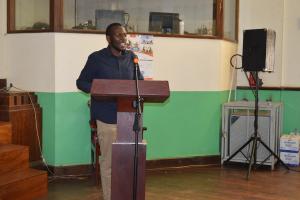 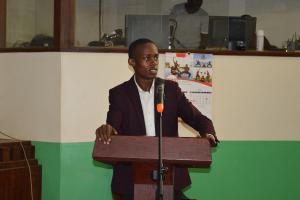 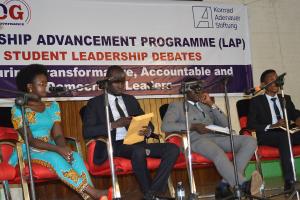 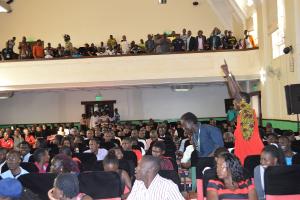