On 29th March the Konrad-Adenauer-Stiftung (KAS) hosted a workshop together with its partner Network of South Sudanese Civil Society Organisations in Uganda (NoSSCOU) on the concept of transitional justice. Transitional justice is a system of judicial and non-judicial measures to address human right violations and promote a smooth transition towards peace. 22 civil society actors participated actively during the three presentations.
April 3, 2019 Ordering Information 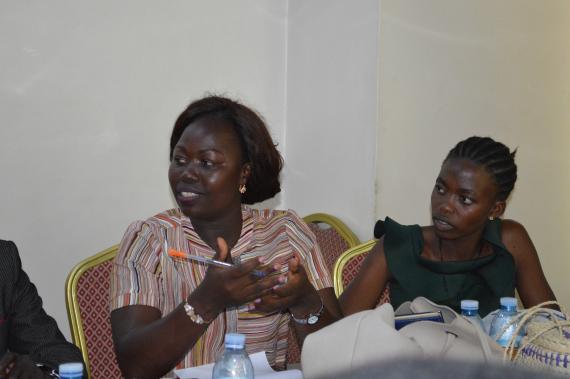 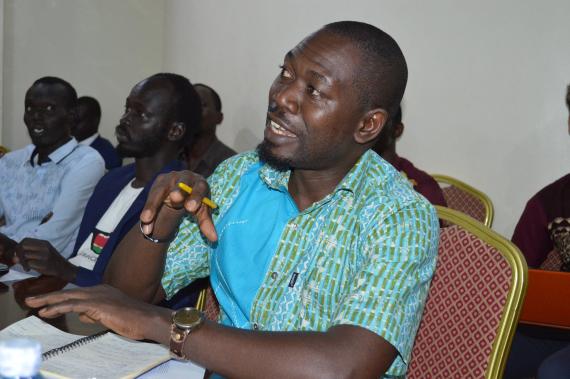 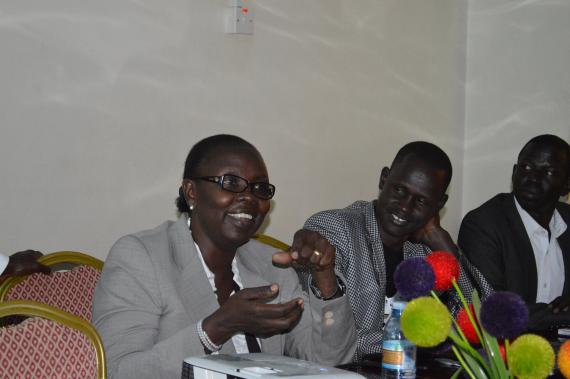 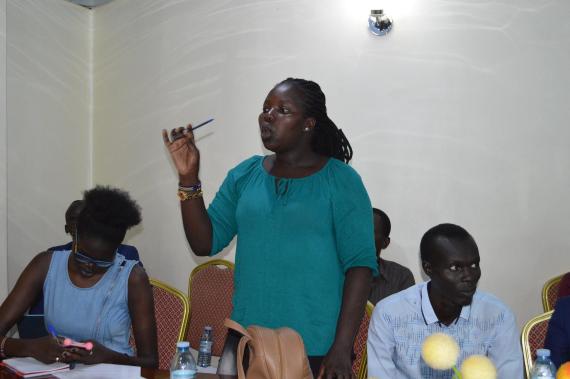 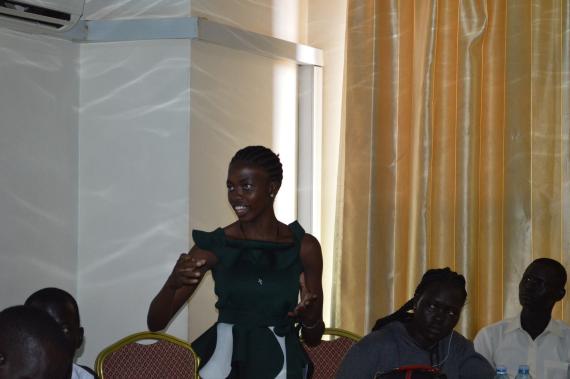 After South Sudan’s independence in 2011, ethnic conflicts resulted in a civil war in the multi-ethnic country. Millions of South Sudanese flew to neighbouring countries, most of them to Uganda.  KAS supports NoSSCOU since 2018 to organize events in Kampala or in refugee settlements to spread the knowledge about the current peace treaty and transitional justice mechanism.

Joseph Modi, a lawyer from the African Centre for Transitional Justice opened the workshop with a presentation about the role of the national judicial system as an accountability mechanism in South Sudan. He highlighted the importance of an independent, well-funded and educated judiciary for the rule of law and the peace process. Currently, the status of the South Sudanese judiciary would poor, because the links to the executive would be to strong and a system of law reports is missing.

Furthermore, Mr. Modi differentiated between statutory courts and customary courts. Because of the insufficient condition of the former ones and the rural structure of South Sudan, customary courts with traditional leaders as judges are still very common and often the only existing judiciary.  Customary courts are the source of inconsistency, as Mr. Modi stated: “That we have 64 ethnics means that we also have 64 customary courts with different traditions and values”. During the intense discussion one participant noted that it would be important to accept different values – but only to a certain point. Another participant clarified that the South Sudanese civil society needs to urge for a reform of the customary courts because they are not sufficient to create justice: “We need to act. A lot of things have been enabled by the power of civil society.”

The chairman of NoSSCOU, Ter Manyang, gave a presentation on the concept of hybrid courts and their role to create transitional justice in South Sudan. A hybrid court is a court which is superior and independent of the South Sudan judiciary. It is a court with a temporary jurisdiction to address massive human right violations in national systems which are incapable of doing this.  Mr. Manyang noted that a hybrid court for South Sudan can only succeed, if South Sudan nationals are excluded from the staff. Therefore, the role of the African Union in planning and implementing the hybrid court is very important.

Daniel Juol Nhomngek, Executive Director from the Joth Mayardit Centre, concluded the workshop with a lecture on the general concept of transitional justice as tool for accountability, healing, and reconciliation in South Sudan. His key message was that transitional justice presents the only instrument capable of creating long-term peace and a smooth transition of the society and the political sphere.

At the end of the day, the present civil society actors gained a better understanding of the different tools of transitional justice and its general significance. They all agreed that is now also their duty to spread this message among their fellow citizens in Kampala, Juba and the different refugee settlements in Uganda. One participant emphasized: “The desire for peace and justice is what unites the civil society of South Sudan – it is time that political elites realize this.”