The Konrad-Adenauer-Stiftung held a meeting in South Sudan for KAS-Uganda Martyrs University Scholarship Holders. The meeting was aimed at strengthening the network of scholarship holders and alumni of South Sudan and building a stronger relationship to KAS. The event took place in Juba, south Sudan on Thursday 6 of August 2015.
August 21, 2015 Ordering Information 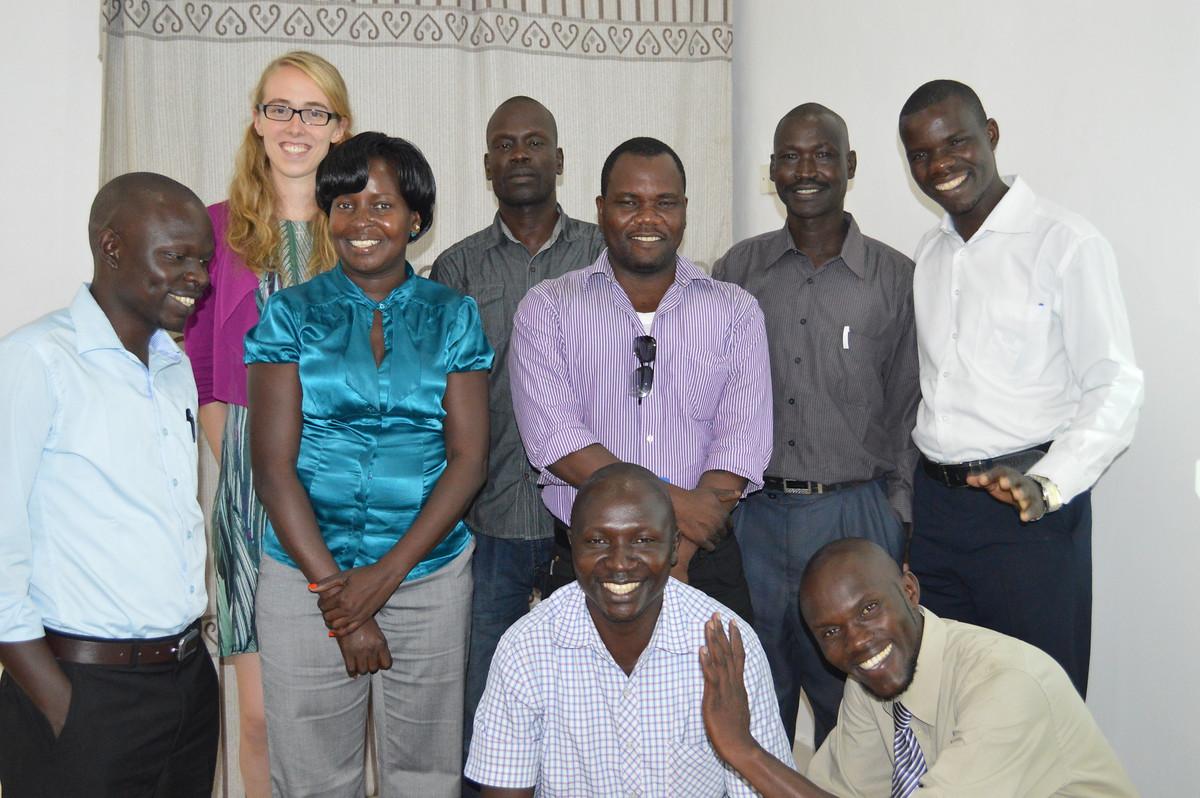 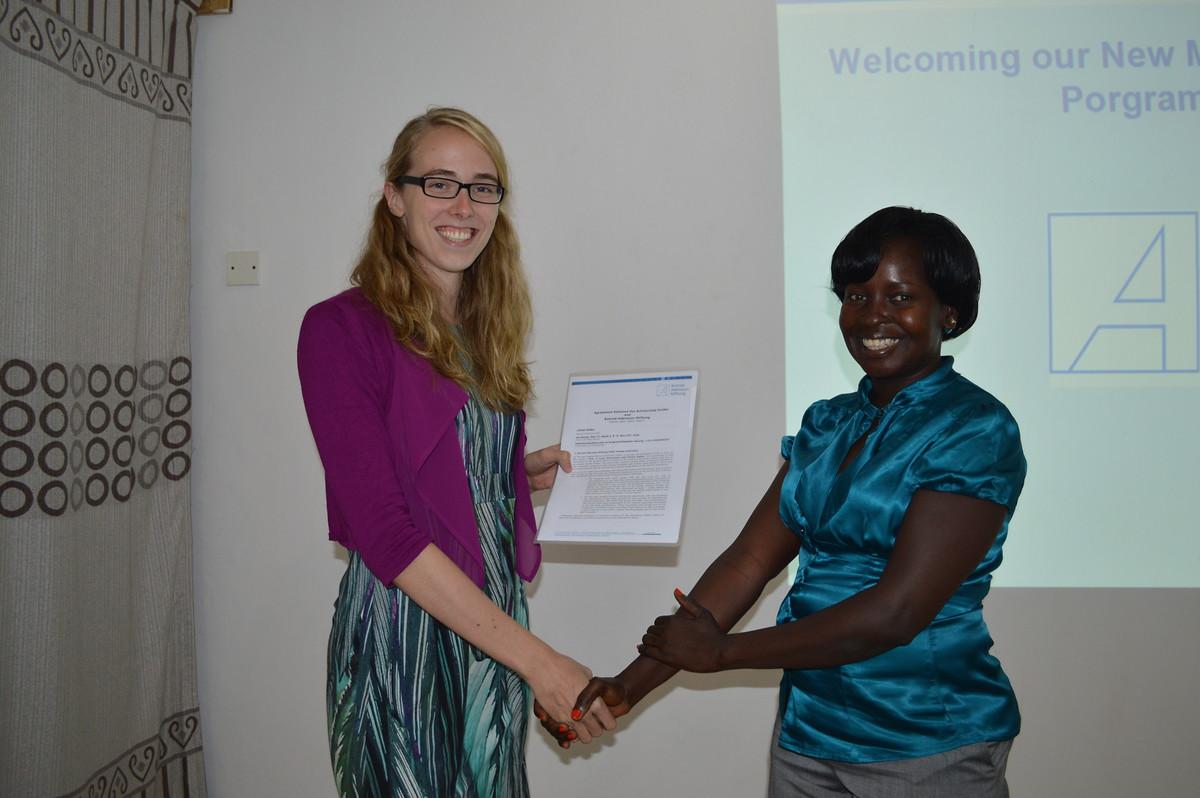 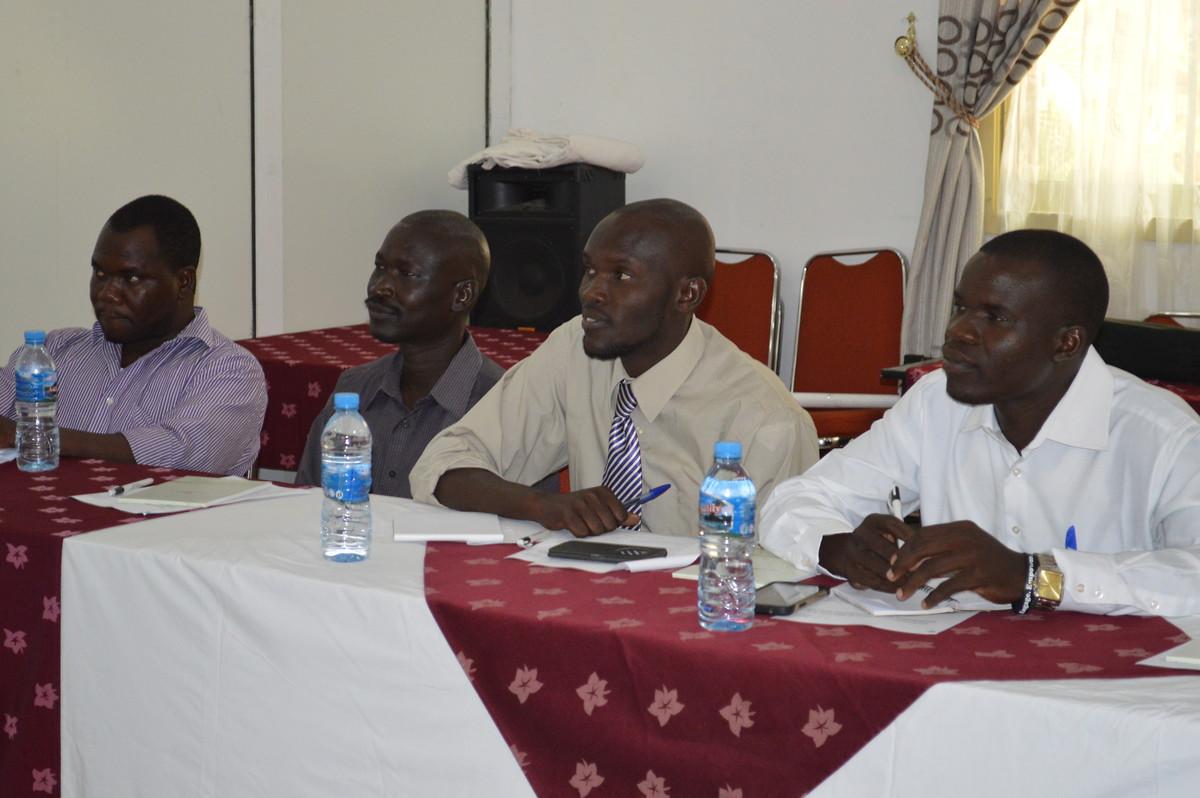 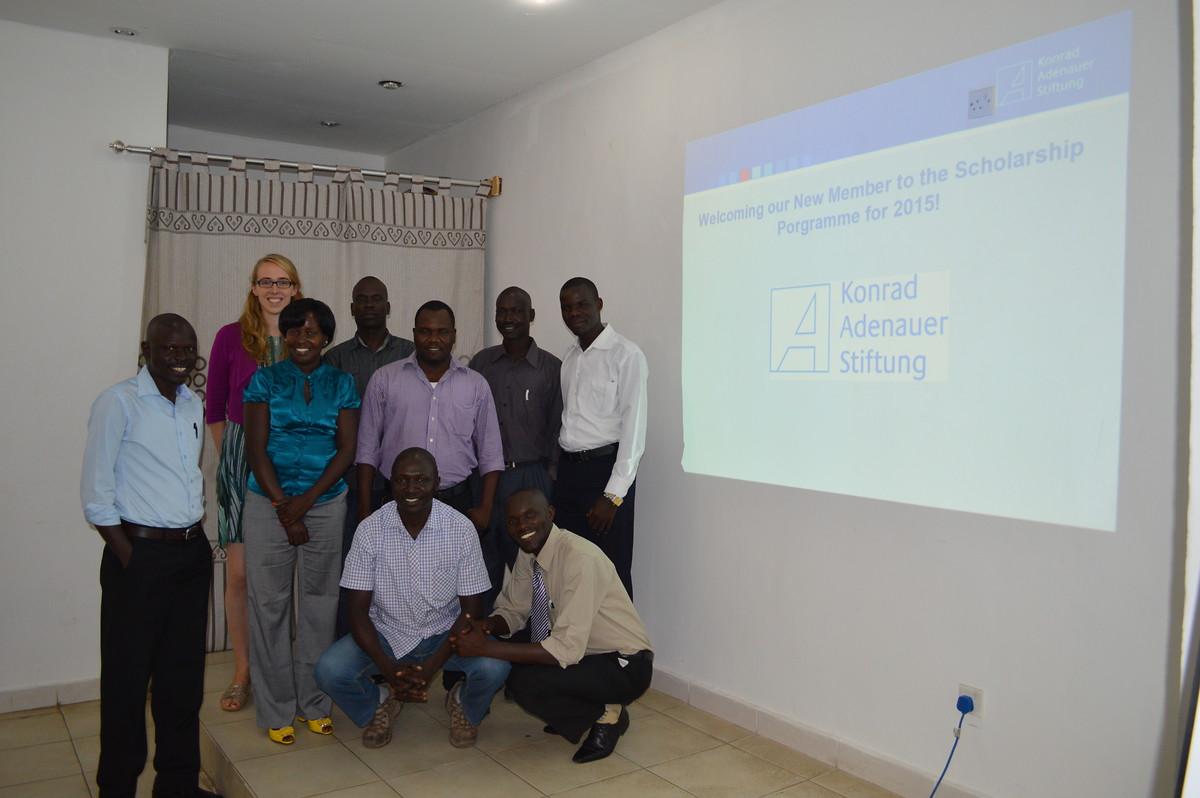 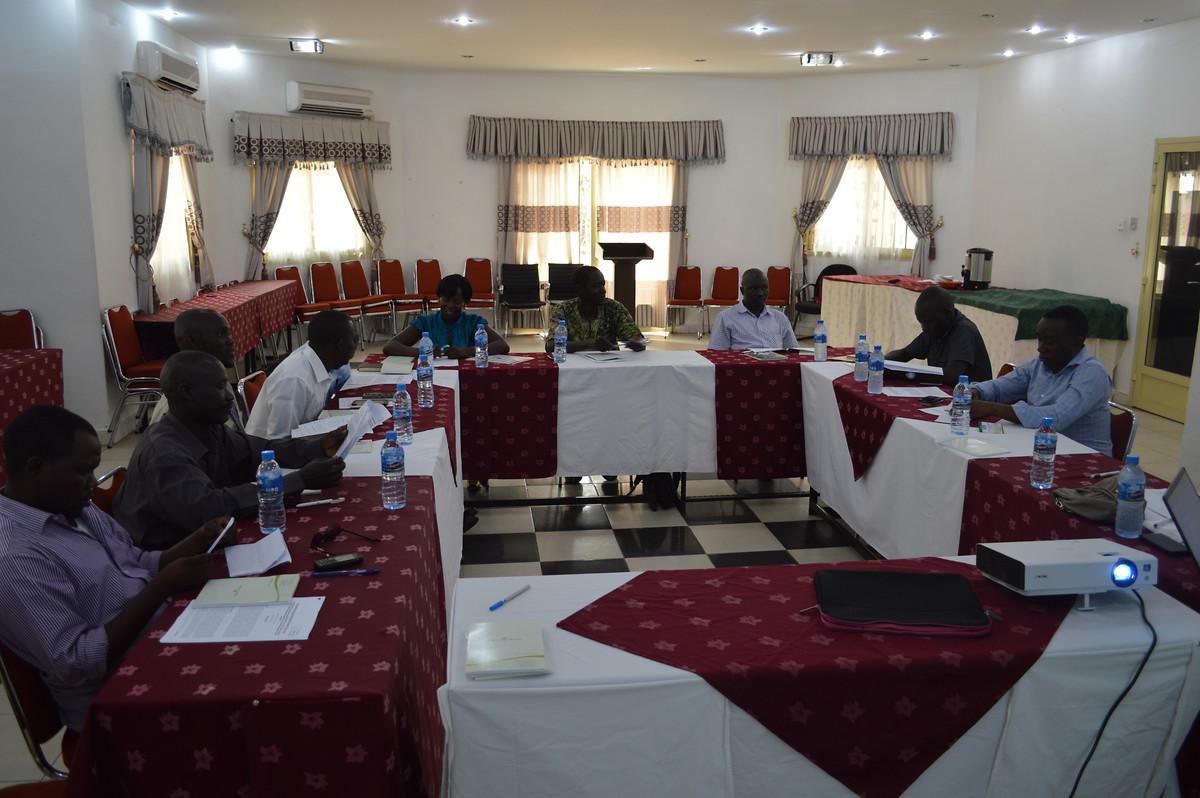 The meeting was opened by Ms. Hoffmann, who began by welcoming all participants who came from within Juba and those from as far as Yei, South Sudan. The participants introduced themselves and their work in South Sudan from across a wide spectrum of civil society: journalists, NGO workers representing and working for women, democracy and development, government inspectors (Anti-Corruption Commission).

Ms. Hoffman gave the floor to Mr. Uwihanganye, who presented and gave a presentation for discussion on the current challenges and opportunities for Civic Engagement and Democracy in South Sudan. The discussion was meant to shed light on the perspectives of the young generation in South Sudan and possibilities for meaningful engagement of a political foundation in the current political climate. It was a chance for South Sudanese KAS scholarship holders to share their experience on the ground and highlight the relationship between citizen and state, the levels of civic engagement, key players in and outside of government as well as the media perspective in South Sudan.

The lack of KAS’s physical presence in the country was noted. The last time KAS was present in South Sudan was in 2013. KAS, in conjunction with the Union of Journalists of South Sudan (UJOSS), hosted a four-day training on ‘Analyzing and Reporting Conflicts and Human Rights Abuses’, held in Juba from 28-31 May 2013. This latest meeting was therefore a way forward to find new alleyways of engagement. Three components in South Sudan were highlighted as important for KAS: (1) governance, (2) social market economy, and (3) media. Mr. Uwihanganye insisted on the need to maneuver the limits on civic engagement in the country by, for example, holding more capacity building trainings for journalists and bringing the key players around the same table.

Many aspects of South Sudan’s civil society spectrum were heard during the discussion. The overarching consensus between participants was that every political issue in the country is sensitive and must therefore be approached by external organizations and foundations with caution. The need for the protection of women’s rights was brought to attention by more than one participant, as well as the need for a comprehensive family law and gender policy. The problem of security was another major issue. One participant noted the problem can be traced back to the source, the police. Moreover, the myriad of NGO’s in South Sudan and the lack of engagement between government and civil society were brought up, with solutions including the greater need for dialogue, through an NGO forum for example, and a clear set of rules and guidelines governing NGO’s in order to gage standards and meet policy goals within the rules. Only in this fashion is it possible to overcome the hostility with which government looks upon civil society, and vice versa. In conclusion, the unanimous recommendation on the part of scholarship holders was that KAS should not just work on the high level, but also on the grassroots level – only by balancing between both levels is it possible to overcome the caveat of national security.

The debate was followed by a discussion on the programme and alumni network in South Sudan. Lastly, the newest member of the KAS-UMU scholarship programme for 2015 - Ms. Lilian Kiden - signed her contract and formally joined the network.