The fourth Uganda Social Media Conference by Konrad Adenauer Stiftung presented an opportunity for the community initiative #defyhatenow to shed light on the growing internet problem of hate speech and to present solutions on how to mitigate it.
July 17, 2018 Ordering Information 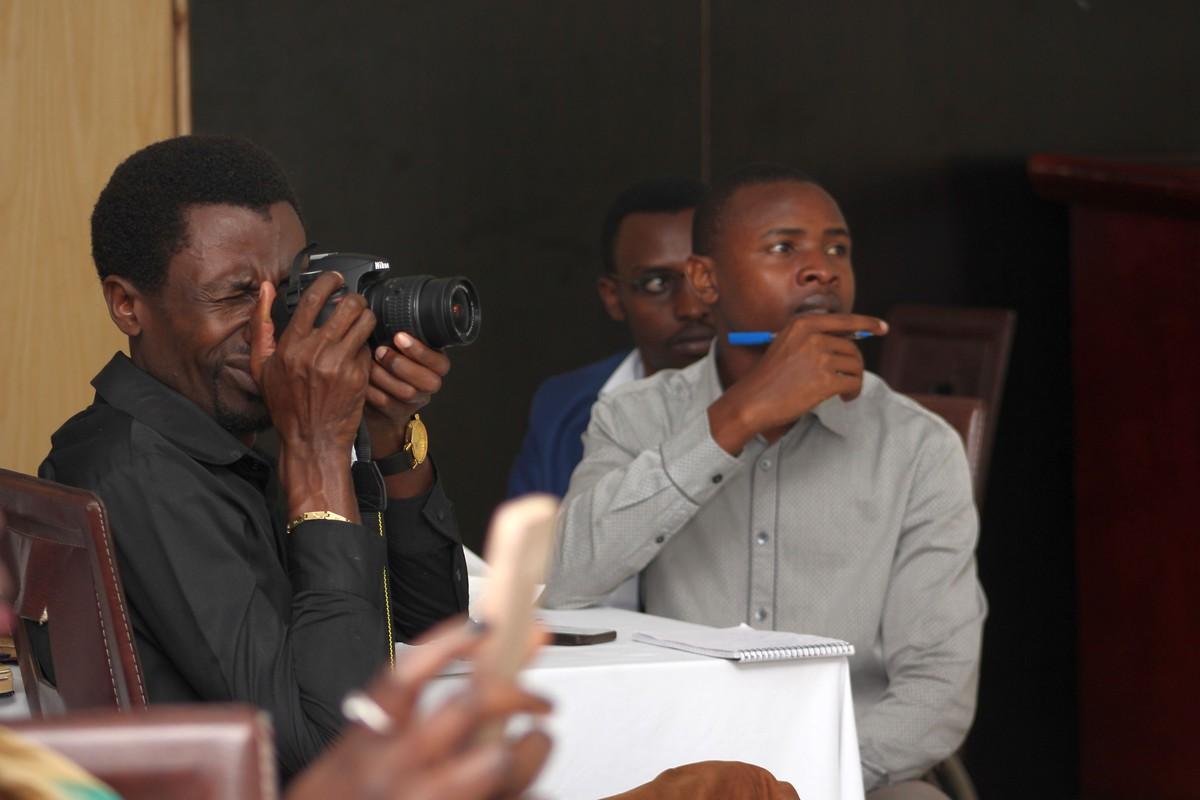 It’s 8.30am. In a dimly-lit room at Makinnon Suites Kampala, a suit-clad gentleman is engrossed in reading something on his phone. White headphones conspicuously sit on his head – sending a message of ‘do not disturb’. For several minutes, his concentration is uninterrupted until participants start walking in to occupy the 31 empty seats in the room.

When the clock strikes 9am, he calmly unplugs his ears and looks to the opposite end of the room where John Jal Dak is introducing the session on Understanding and Countering Social Media Hate Speech.

Dak is a correspondent for #defyhatenow, a German government –funded community initiative, birthed in 2015 to combat online hate speech and mitigate incitement to offline violence that characterized the 2013 and 2016 armed conflicts in South Sudan. The #defyhatenow team members work with South Sudanese communities in their country, the diaspora, and those in refugee situations in Uganda, Kenya, Sudan, Egypt and Germany.

While the team mainly imparts knowledge against online hate speech through trainings, workshops, sports events and music concerts, the fourth Uganda Social Media Conference by Konrad Adenauer Stiftung (KAS), presented an opportunity for them to shed light on this growing internet cancer to a larger audience.

“Hate speech is any communication that attacks and degrades an individual or group on the basis of origin, nationality, race, etc. It can be through a picture, verbally or through a video,” says Dak.

Earlier, Joseph Nsamba, a participant on the ‘other side’ of the discussion, opined that while he is against hate speech, it is not worse than physical confrontations.

“If somebody can post hate speech online, it’s better than picking a gun to shoot somebody,” he argues, drawing murmurs from the house.

Another participant, Alison, agrees with Nsamba, arguing that pointing out that a section of society is dominating employment in the public service is not a bad thing. “How is it hate speech when I’m just pointing out unfairness in society?” he challenges.

However, Dak reiterates that hate speech should not be mistaken for harmless opinions. “Let’s differentiate between communicating a message and inciting violence.”

Dak’s point introduces the #ThinkB4UClick campaign by #defyhatenow which seeks to create awareness about the dangers of misinformation, fake news and hate speech in South Sudan.

Charlotte Kigezo Ainebyoona, a psychologist with #defyhatenow explains that hate speech can only be mitigated once people begin to accept each other’s differences.

“Think before you click. Before you make conclusions about people, know them. How do you reconcile your differences with those of others without hate speech,” she asks.

She adds: “Before you post a hate speech on Facebook, put yourself in that person’s shoes; what if it was you in their place?”

While participants listed several ways to counter hate speech online such as; speaking out, consistency in anti-hate speech messages, creating anti-hate speech hash tags, training and reporting those who disseminate hate speech, an unlikely solution of silence was mentioned as the discussion drew to a close.

Like the suit-clad gentleman at the beginning of this narrative, the participants agreed that sometimes all it takes is placing the headphones on to block away the hate – especially if no inroads are being made to change the minds of perpetrators.

When the clock ticked towards the end of the session at 12.30pm, the voices in the room receded to low toned dialogues, as participants mulled over the different forms of hate speech and the pyramid of hate that William Vuga, the Social Media Advocacy Team member of #defyhatenow, presented earlier.

Some wondered at which of the five stages of the pyramid Uganda is at; is it at the stage of bias; individual acts of prejudice, discrimination or bias-motivated violence? And, how do we avoid reaching the fifth stage of genocide? That question will most likely require another social media conference to get answers. 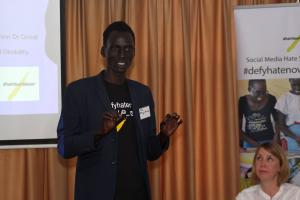 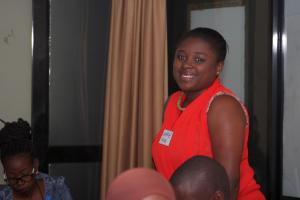