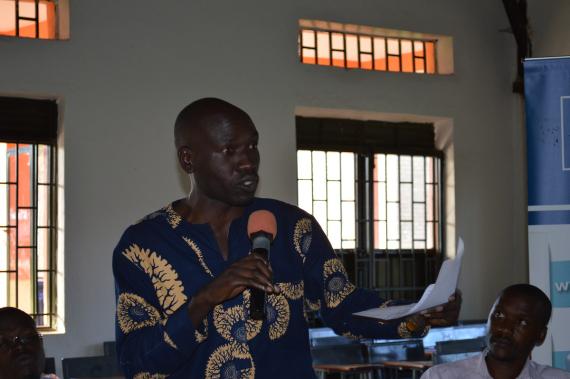 On 21st April 2017, the western region youth debate was organised by the University Forum on Governance in partnership with Konrad Adenauer Stiftung to interrogated youth participation within the political parties in Uganda. The debate was held at Kabale University with participants consisting of young leaders and students from universities as well as political and civil society organisations within the western region. The debate aimed at constructively contributing towards structural change where the voices of young women and men count in governance and decision-making processes. The debate also meant to analyse the binding constraints to youth political participation and to build awareness among the youth on how their political parties can engage them more constructively, the debate took a moderated panel structure with dedicated audience engagement.

Exponents of this argument cited the youth wings in almost all political parties in the country to be an avenue for youth participation within the parties. Thus, the youth have just failed to effectively utilise these spaces to influence the agenda within the political parties. They also noted that the limited skills have subsequently made the youth vulnerable to political manipulation by political elites in the country. Especially, in the highly commercialised Ugandan politics, youth demographic dominance has been used to promote the interests of dominant elites with no or little concern to youth interests.

On the other hand, limited youth participation within the party structure was noted to be a function of the weak internal party institutions as well as the broader multiparty institutional framework in the country. These have allowed many informal arrangements within the political parties that override the formal procedures which would otherwise provide for a balanced participation of all stakeholders including the youth. These manipulations within the parties have favoured the interests of the senior party leaders and at the same time make the youth to support initiatives designed to advance the interests of the senior party leaders. The informal rules have, for example, designated some positions in the political parties for the senior leaders leaving the youth partaking in the youth wings with limited influence in the parties.

Other noted concerns by the youth were the weak party structures at the grass root levels while for other parties, these do not exist at all. This was noted to have limited the political market for the youth in the countryside where they do not agree with the few parties which have their structures at the grassroots. The parties have also given less support to the youth who come up to contest for the different position of leadership. Also noted was that the youth party wings are not well facilitated to coordinate the youth at the grassroots for recruitment and explaining of the party ideologies. They also noted the need for more civic empowerment, and collaboration among the youth across party line if they must overcome the political magnification in the country.