How can climate-smart technologies be implemented in agriculture?

On 27th February the African Centre for Trade and Development (ACTADE) and the Konrad-Adenauer-Stiftung (KAS) hosted a panel discussion on climate-smart technologies for Uganda’s agricultural sector. Representatives from governmental institutions, the private sector and farmers as well as scientists attended the event and debated intensively on how solutions can be implemented and how new technologies can be accessible and affordable for smallholder farmers.
February 28, 2019 Ordering Information 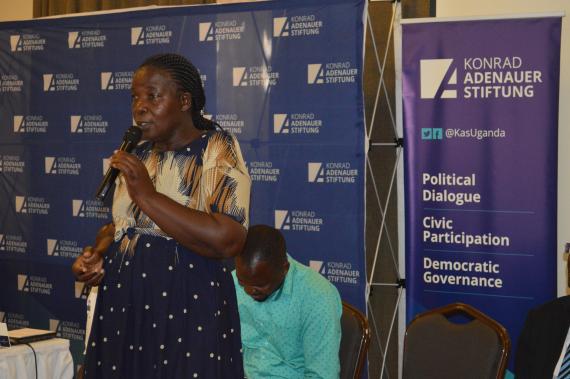 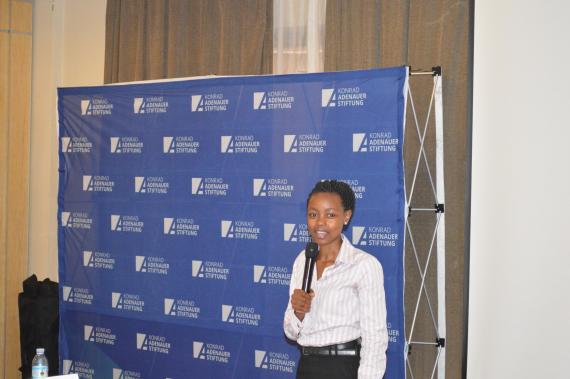 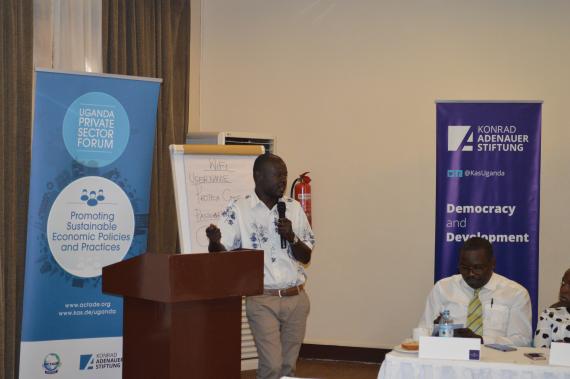 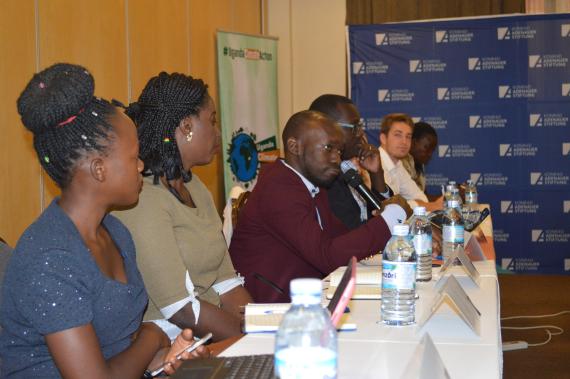 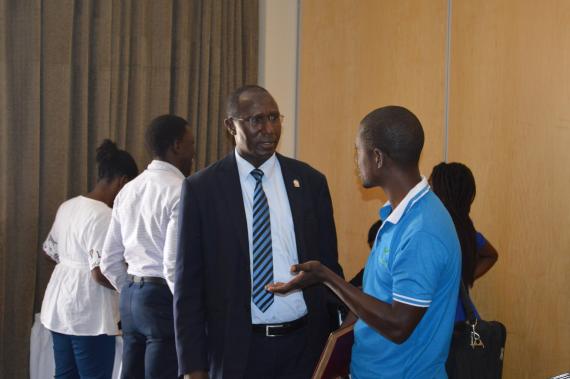 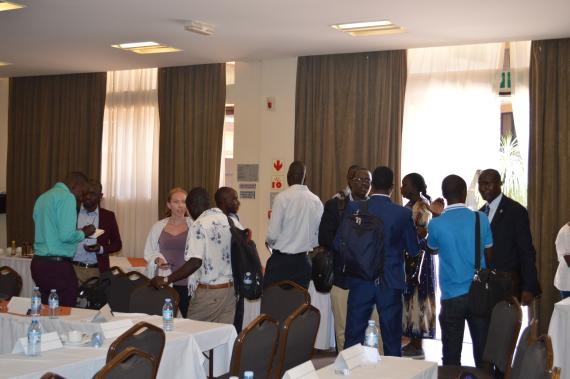 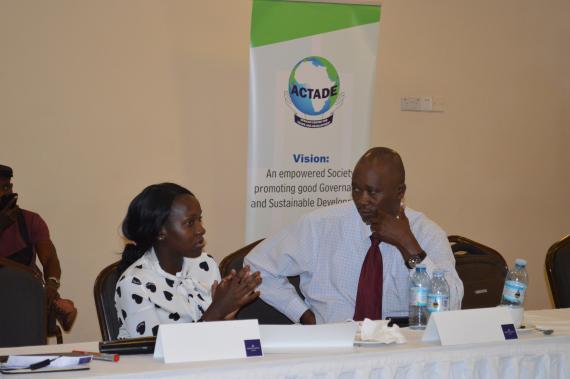 The Executive Director of ACFODE, Susan Nanduddu, opened the event and highlighted that climate change is already affecting the agricultural sector, which is very significant for many Ugandans. Almost 75 Percent of the whole population is employed in agricultural work, as Mrs. Nanduddu stated: “Every one of you has a relative, who fully depends on agriculture.” Furthermore, she emphasized the need to implement new technologies as fast as possible.

Before the discussion started, Muhammad Semambo of the Climate Change Department (CCD), presented the National Adaptation Programme of the Ugandan government. He mentioned the promotion of climate resilience trough using innovative, drought resistant crops and sustainable resource management, as two of the main objectives. Especially, the need to improve irrigation and water storage methods were identified as very urging.

Constance Okollet, a peasant farmer from Tororo, gave an honest hands-on report on the situation of farmers in rural areas. She told that a few years ago she grew food for her family and sold the surplus – now the weather would be so bad, so that crops are dying because of droughts or floods: “The effects of climate change are already visible. We sleep hungry.” Mrs. Okollet further described the water supply: “My well dried completely. I have to go long ways to fetch water.”

Paul Isabriye, Director at the Uganda National Metrology Authority (UNMA), reacted to these local insights by promoting the enhancement of existing information channels for farmers. The UNMA provides a daily weather forecast and translates it into 45 local languages. But Mr. Isabryie also acknowledged that the accessibility of these information has to be improved, since most farmers do not have internet access. Musa Mutyaba of the National Union of Coffee Agribusinesses and Farm Enterprises (NUCAFE) proposed that UNMA should use the existing structures of farmer associations to bring the information to the farmers.

Moreover, Mr. Mutyaba pointed out that farmers often lack basic knowledge about sustainable agriculture, land and water management and efficient energy use. Therefore, he proposed that farmers have to be educated to enable the efficient and right use of new technologies. One of these new technologies are drones, which can be used to capture information about the soil and its water requirements.

During the following discussion different stakeholders gave enlightening insights into their personal expertise. For example, a water engineer clarified the necessity to improve irrigation through careful planning before planting any plants. Many participants highlighted that new innovations are great, but that those must be accessible and affordable for smallholder farmers.

Everyone agreed that heavy investments, political will and a huge increase of stakeholder collaboration is needed to overcome the existing constraints of poverty. The fruitful discussion and the intense networking afterwards served as a great kickoff to fill the gap between vision and reality.