The 11th of November was an activity packed day at KCCA FC grounds as youth from eight political parties participated in an interparty youth league football tournament. The tournament started with a public dialogue on the theme “Youth as key stakeholders in peace building and development”. The annual tournament aims at promoting a spirit of peaceful co-existence and reducing violent political participation which is common among the youth. It was organised in partnership with Interparty Youth Platform and the International Republican Institute (IRI).
November 15, 2017 Ordering Information 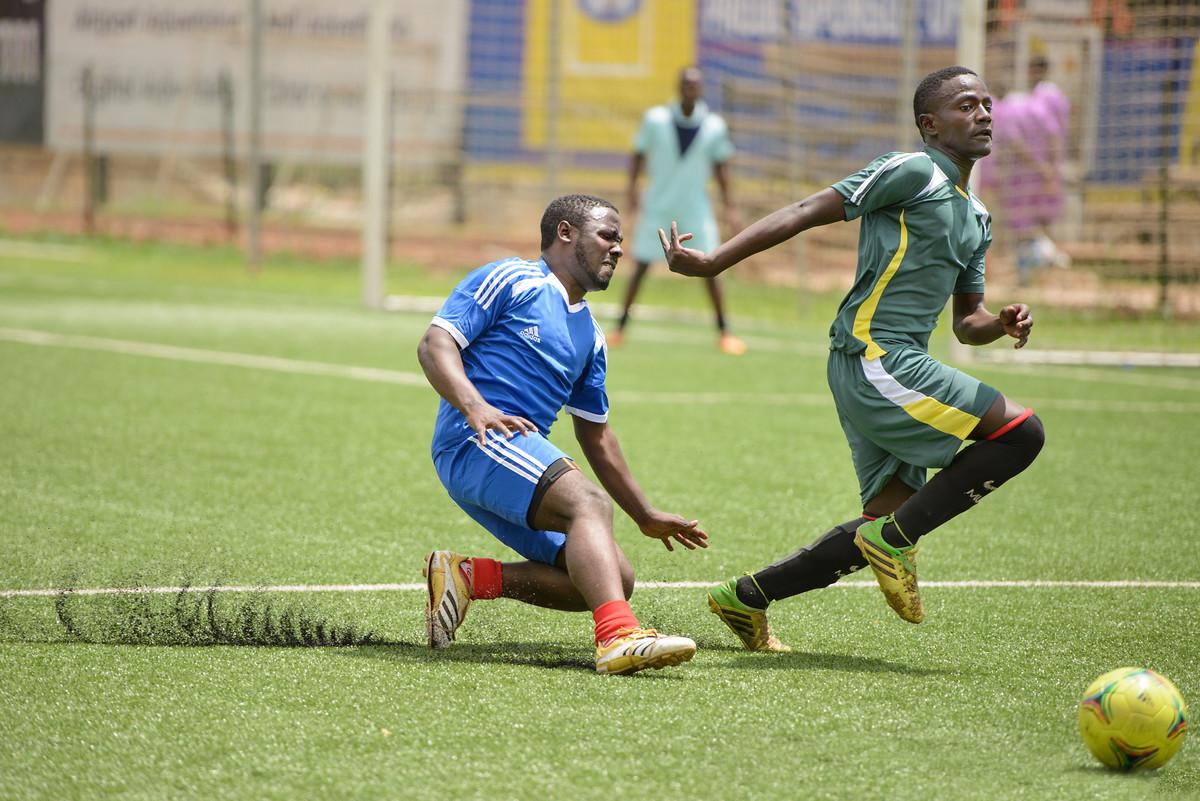 In his remarks as a key note speaker during the public dialogue, Mr. Kasacca Hennery, the Executive Director at Dialogue and Democracy Training Centre, argued youth to embrace dialogue in resolving their political differences. Mr. Kasacca noted that youth though belong to different political parties, have a lot in common for which they need each other. With the on-going political debates of constitutional amendment which have sharply divided the political players, youth were argued to resist being lured into violent actions by the senior politicians. He called upon youth to learn to agree or disagree peacefully and present their views on the amendments through peaceful means. While as it has been argued Uganda’s youthful population presents potential for violence, Mr. Kasacca argued that the youth can actually become peace builders by choosing not to participate in violence. He argued that if youth can resist from violent actions – where actually they do not benefit, then peace, tranquillity and development will prevail. This will then promote economic growth by building confidence among investors and having un interrupted economic activities which in turn will lead to enterprise growth and employment opportunities.

After the dialogue, matches between the political parties started. Each team was required to have at least four female players and these could not be substituted with male. Each game was played for 30 minutes on a knock out basis. One by one party was knocked out with big parties like the ruling NRM, FDC and DP being knocked out by PPP, UPC and UFA respectively. The final march was played between Uganda People’s Congress (UPC) and Justice Forum (JEEMA) in which JEEMA emerged as the champion for the second year running. The trophy was handed over to JEEMA by representatives from the organizing organisations that is, Mr. Mukhone Bernard the Programme Manager at KAS, Mr. Egunyu Moses the programme Manager at IRI, together with the Chairperson of IYOP.

Youth maintained a peaceful engagement throughout the games with losing sides easily accepting the results and continuing to cheer for other sides. Such incidences are not very common to Uganda where youth from different political parties agree to solve their issues peacefully. This perhaps indicates that with continued non-political engagement among these youth, they are getting to know the value of working together and discovering the factors that bound them together. 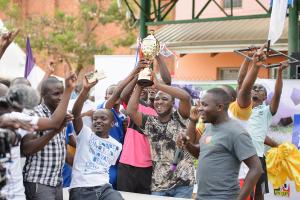 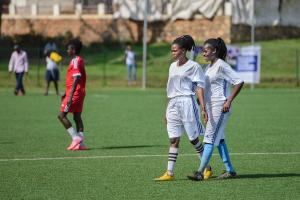 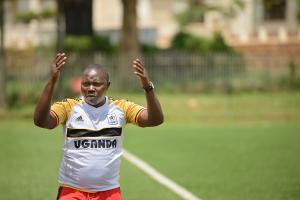 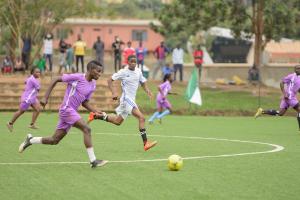 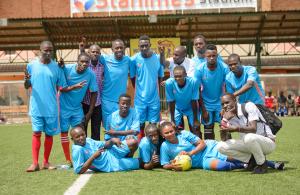