by Donnas Ojok
Access to information is a fundamental human right recognized by international human rights instruments including article 19 of the Universal Declaration of Human Rights, which provides that, “Everyone has the right to freedom of opinion and expression; this right includes freedom to hold opinions without interference and to seek, receive and impart information and ideas through any media and regardless of frontiers”
February 13, 2018 Ordering Information 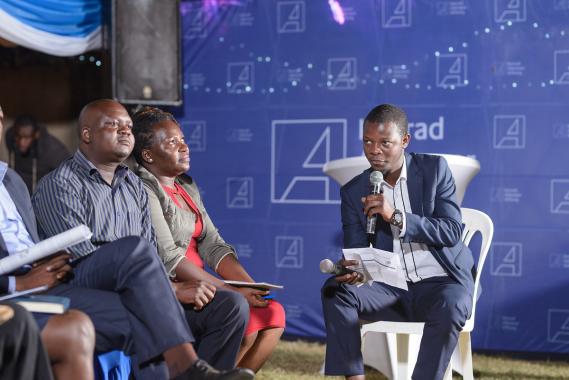 Uganda was among the first African countries to enact a right to information law, the Access to Information Act (ATIA) in 2005 and later the Access to Information Regulations in 2011. The Act was enacted to promote the right to access to information, promote an efficient, effective, transparent and accountable Government and to enable the public to effectively access and participate in decisions that affect them as citizens of the country.

Though the laws that empower media to promote good governance and accountability are in place, they have not been fully harnessed to create a positive impact in society. Similarly, this important law has not been put into vigorous use by the media that is the biggest player in ensuring that the public remains informed about what goes on in government, as the eyes and ears of the public. And yet this is the only instrument available to the media to ensure that the government remains accountable to the public through disclosing information that is held by the state, apart from some exemptions as stipulated in the law.

To create more room for a constructive discourse on access to information in Uganda, we collaborated with the Hub for Investigative Media (HIM), an organization that champions the promotion of access to information as a fundamental human right. This project is meant to create more awareness and sensitize the various sections of the Ugandan public, media and local governments about access to information in general and putting in to practice the provisions of Access to Information (ATI) Act 2005 in particular. The objective of the initiative is to ensure that government ministries, agencies, authorities, commissions and other public bodies do abide by this law by providing information relating to these organizations and their operations to the public. The Access to Information Act was enacted to give effect to Article 41 of the Constitution of Uganda by providing the right to access information held by organs of the state with the aim of promoting an efficient, effective, transparent and accountable government.

As part of promoting a constructive discourse on this subject, we organized a public dialogue on the 9th Feb 2018 to reflect about the current state and future of access to information in Uganda. In his welcome address, Mr. Mathias Kamp, our country director made a strong case to all responsible stakeholders not just to recognize that access to information is a fundamental human right, but actually to practice it. He is also noted that the concept of democracy would be a fallacy without a functional system of access to and usage of information. To conclude his remarks, Mr. Kamp note that, “people who are not informed cannot make informed political decisions - that is why access to information is such an important pillar of democracy"

While accessing information from government is still a gigantic challenge, Maureen Agena noted that government efforts to embrace new media to inform the public on various issues are a sign in the right direction. She highlighted examples such as the Government Information Centre and some ministers using social media as a tool of constructive engagement as some examples.

However, in her plenary submission, the veteran MP, Alice Alaso reiterated that access to information is not just about information the public about what is happening. “I was in Parliament when Act was passed by the august house. Our main objective as MPs who advocated for the law was to make sure that anyone who wants authentic data on government and its operations accesses them on time with as less red-tape as possible” she recollected. The point was further re-echoed by the city lawyer, Silver Kayondo who decried the persistent refusal by government authorities to grant his request for oil contracts in Uganda. On that note, Alice Alaso, challenged the audience never to give up when accessing information from the government departments and authorities become a daunting task.

On her part, Mrs. Diana Namanda, one of the panelists still believes that government improve in ensuring that it fulfills its constitutional mandate of promoting access to information. This is because she believes that the cost of gagging freedom of speech, expression and limiting access to information is higher and builds a wall between the governments and the citizens.

The evening public dialogue also acted as a New Year’s reception for the friends, partners and extended family of the Konrad-Adenauer-Stiftung in Uganda. 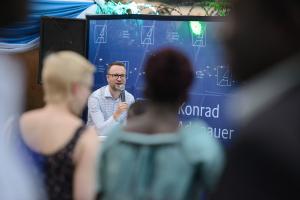 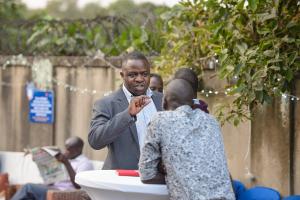 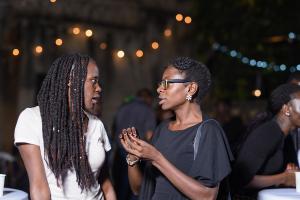 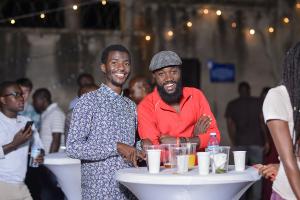 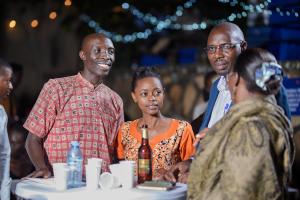