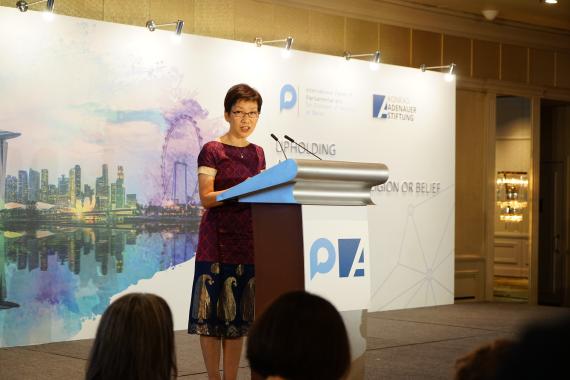 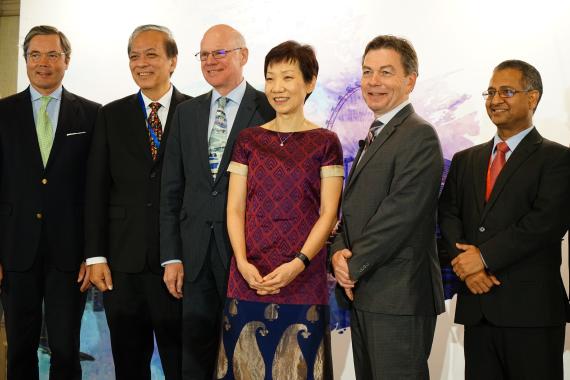 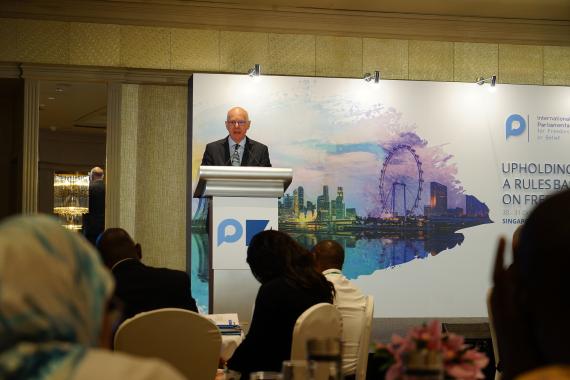 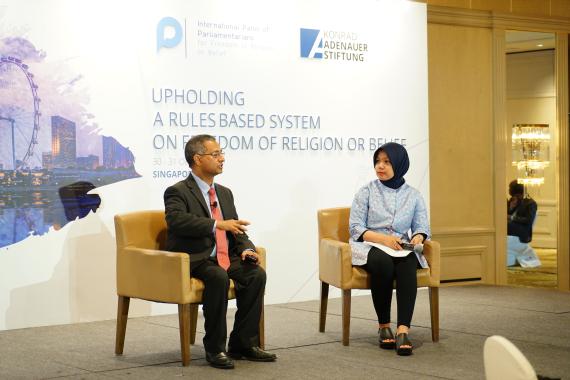 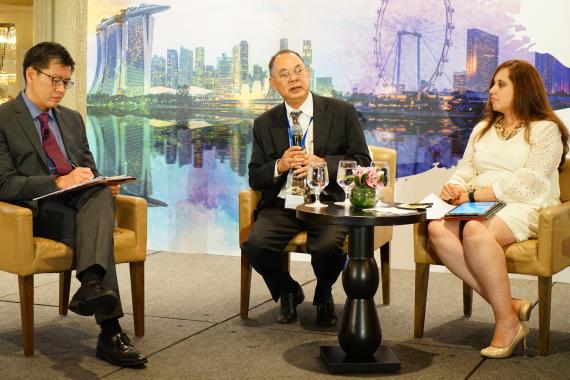 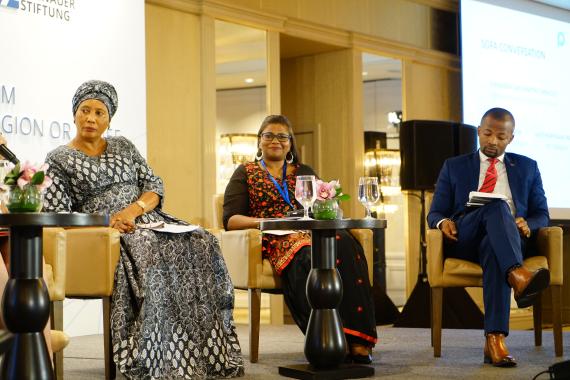 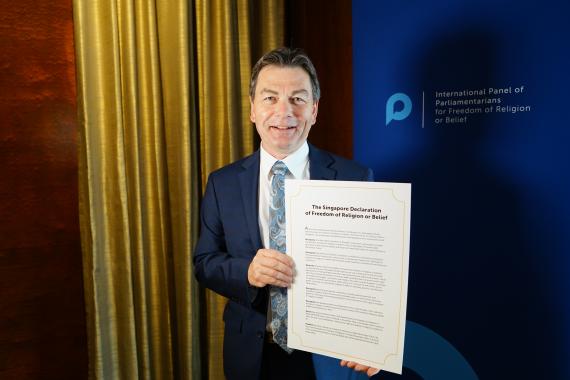 David Anderson, Vorsitzender des IPPFoRB Steering Committee, mit der Singapore Declaration on Freedom of Religion or Belief
Since 2014, the international network of parliamentarians, IPPFoRB has been committed to promoting the freedom of religion and belief for all faiths with reference to Article 18 of the UN Universal Declaration of Human Rights: "Everyone has the right to freedom of thought, conscience and religion; this right includes freedom to change his religion or belief, and freedom, either alone or in community with others and in public or private, to manifest his religion or belief in teaching, practice, worship and observance."

Prof. Dr. Norbert Lammert, Chairman of KAS and former President of the German Bundestag, had travelled to Singapore and so had about 70 parliamentarians from 40 countries around the world, among them the members of the Bundestag Mr. Markus Grübel MdB (also Commissioner of the Federal Government for Worldwide Religious Freedom), Prof. Dr. Heribert Hirte MdB and Mr. Volker Kauder MdB.

The Singaporean Minister Grace Fu (Minister of Culture, Community and Youth) opened the conference and presented Singapore's efforts since its independence for a peaceful co-existence of the numerous religions and cultures represented in the city-state, where everyone could choose and practice their beliefs as long as the same freedoms were granted to others and where questions of faith and politics were deliberately separated. Singapore is one of the countries with the greatest religious diversity in the world.

In his speech, Lammert clarified that, in addition to Article 18 of the Universal Declaration of Human Rights, there are now also regional human rights protection instruments for Africa, Asia, Europe, Latin America and the Arab world that protect the right to freedom of religion or belief, and that therefore, this right could no longer be seen as a purely Western concept. However, in many cases it had remained with a promise that had not yet been fulfilled.

He stressed the importance of the relationship between state and religion and pointed out to the audience that freedom of religion or belief is more than just mutual tolerance in the sense of the recognition of mutual existence, but rather about mutual acceptance and the discussion of the challenges that other religions can bring with them for one's own faith, which is indispensable in a democratic society. According to the former President of the Bundestag, parliamentarians have a special responsibility in this respect, but also special opportunities for influence, which must be used. To discuss both - the specific responsibility of parliamentarians as well as possible approaches in the different regions of the world for a commitment to freedom of religion or belief - was a concern of the conference.

The event was also attended by several high-level experts, including Dr Ahmed Shaheed, United Nations Special Rapporteur on Freedom of Religion or Belief, Mr. David Anderson, Chairman of the IPPFoRB Steering Committee, and Prof Nazila Ghanea of the University of Oxford.

David Anderson had presented the "Singapore Declaration on Freedom of Religion or Belief" to the participants in his opening statement. 60 MPs signed a two-page declaration emphasizing the importance of ‘strengthening and promoting freedom of religion or belief as a universal and non-derogable human right’. In the face of growing threats to freedom of religion or belief, the Declaration calls for priorities to be set in advocating for this human right, including the abolition of blasphemy laws, ensure prohibition of racial or religious hatred, as well as promote respect for non-discrimination and non-coercion. The signed declaration will also be sent to UN Secretary-General António Guterres. Parliamentarians support this declaration in their personal capacity and not as representatives of their government, political party or any other body.

In addition to the opening speeches and plenary sessions, the Conference also consisted of breakout sessions focusing on regional discussions on FoRB issues and two working group discussions on FoRB and Women’s rights as well as FoRB in Multi-Religious Societies respectively.

After similar conferences in New York (2015) and Berlin (2016), this was the third cooperation between KAS and IPPFoRB and the first such conference in the global South.

Head of the Department Asia and Pacific