Bank depositors in Lebanon continue to bear practically alone the financial burden of the banking collapse. The aim of this paper is to assist depositors in their struggle to regain their lawful rights.
16 septembre 2022 Informations de commande

During this wasted time, as all major economic indicators have been deteriorating, the actual burden of adjustment has been fully borne by bank depositors alone, and practically none by the central bank, Banque du Liban (BDL), commercial banks or Government.

To regain their rights and effectively confront banks, BDL and Government, the depositors need first to understand what happened, determine degrees of responsibility, particularly for the banking collapse, identify a course of action, then act.

To that end, the outline of the paper is as follows. The first section explains what happened, namely the nature and causes of the two collapses, of the Lira and, separately, of the banking sector. The second section allocates the responsibilities for the two collapses to specific institutions and policies. The last section proposes a strategy for action by bank depositors. An appendix explains what BDL has done with the large amounts of US Dollars ($) it has borrowed from banks. 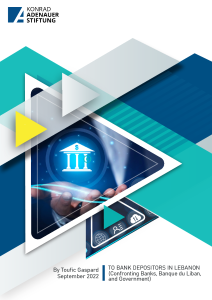 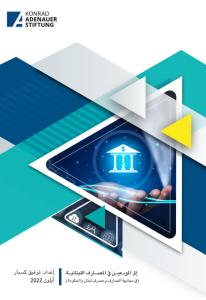