Beirut Debates - Waiving subsidies... Where are we heading to?

A Panel discussion covering the topic of subsidies from all its angles.

Lebanon's financial crisis is fueling hunger and unrest. Lebanon is facing the worst crisis since the civil war of 1975-1990. The subsidies have been reduced to ration remaining foreign currency reserves as Lebanon's economy collapses. Till date, politicians haven’t agreed on a rescue plan and the discussion of a cash card programme to throw a desperately needed financial lifeline to half a million vulnerable families are still ongoing. Beirut Debate is a panel discussion format where selected guests discuss issues and topics generating a significant amount of coverage in both the media and the Lebanese society. This panel is discussing the topic of subsidies from all its angles.
30 novembre 2021 Informations de commande

Waiving subsidies... Where are we heading to?

Today, the government claims that most of the subsidies have been lifted, yet it still regulates many of the prices. Many importers claim that at least minor subsidies continue to exist and that there is a discrepancy between the prices imposed by the government and the real costs. At the same time, many people worry that they will not be able to afford the previously subsidies goods anymore. Hence, the question of how to dismantle a long-standing, extensive system of subsidies in a socially acceptable way arises. This video was shot prior to the formation of the new government in September 20121, yet the issues it discusses are more relevant than ever. Our guests, Diana Menhem - Managing Director of Kuluna Irada, The economist Jean Tawile and Dr. Layal Mansour - Economist and the moderator Fadi Chehwane discussed the topic of subsidies from all its angles. 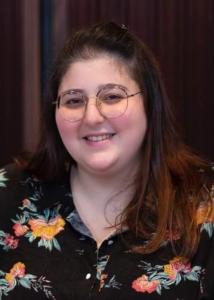