The year 2021 marks the 100th anniversary of the first Albanian Parliament, within which the Albanian Diaspora was represented by the highly esteemed public figure Fan S. Noli.

On the eve of this jubilee, in the absence of absentee voting and with no representation in the Albanian Parliament as a Diaspora, our ability to be involved and empowered in domestic politics as well as the democratic development of the Albanian society, is limited. We are unable to contribute in a significant way to our country of origin. This is even more concerning when we think about the diaspora in numbers and how widely it has expanded geographically, and about the history of immigration, especially in comparison to the number of people living within Albania at present.

In the year 2020, according to Instat (Information Technology Audit in Statistics Institute), the number of Albanian citizens living abroad totaled approaximately 1.7 milion, which comprises 37% of the total population. Although the members of the diaspora have a close emotional relationship with the country, this human resource remains untapped and undervalued by the Albanian Government.

Meanwhile, in the countries of the region, thanks to the absentee voting process and the direct involvement of the diaspora and its democratic infusion of ideas, one can observe the changes in the overall political and cultural landscape of these countries.

Considering those facts, it is essential to discuss the importance of the professional capabilities and human ressources possessed by the diaspora which could be contributed to the development of the country. It is necessary to increase the diaspora’s long-term in enhancing the democratic development of Albanian society and to allow the involvement of Diaspora in the political, economic, educational and cultural processes of Albania. 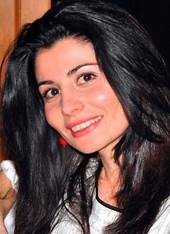