'Periscope' is the Occasional Analysis Paper/Brief series of the Konrad Adenauer Foundation's Regional Programme Australia and the Pacific. Just like the real-world sighting instrument, Periscope is meant as a lens to broaden our insights - taking in views from different angles. This way, it seeks to bring together perspectives from Germany, Europe, Australia, New Zealand and the Pacific region to augment our understanding of contemporary issues and help address the pressing problems of our time. The Periscope Series covers topics from the area of foreign and security policy, cybersecurity, terrorism/counter-terrorism, energy policy, rule of law, socio-economic matters and development policy. It comprises both longer Analysis Papers– in the form of single-author (and co-authored) contributions or edited volumes with multiple authors - and shorter Analysis Briefs.
29. November 2021 Bestellinformationen

This brief looks at the evolution and diversification of the Australian extreme right, including successful and ongoing prosecutions, proscriptions of organisations, and the broader political and operational landscape. In doing so, it focuses on the increasingly transnational character of the threat, and the increased body of counter terrorism activity by Australia’s allies and partners in response to this specific threat manifestation.

Sgt Kristy Milligan VA (Ret) was a member of the New South Wales Police Force for 16 years until 2021. Kristy completed her Masters of Terrorism and Security Studies with Distinction through the Australian Graduate School of Policing, Charles Sturt University and will begin her PhD in 2022. Her PhD, with Victoria University, Melbourne, will focus on the evolution of symbolism in the XRW digital era. Her other areas of research include XRW idiosyncratic actors, including the Sovereign Citizen Movement, and symbolism in terrorist propaganda. Kristy has contributed to research on the exploitation of extremism during the Covid pandemic, and presented the paper’s findings to the 2021 AVERT symposium. She presented to CSU’s 2021 Threat Briefing series and the AFP’s CT Investigators Program, discussing the role of symbolism in terrorism and extremism. She is combining her operational and academic knowledge to create professional development programs on terrorism and extremism. Kristy is currently involved in the development of technology designed to aide law enforcement and government agencies in combating terrorism and extremism. 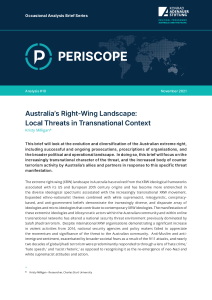 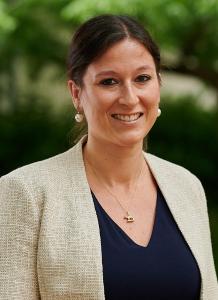