Network of Sustainable Cities and Mayors for Democracy

The Network of Sustainable Cities and Mayors for Democracy was consolidated in 2020, with the support of the Regional Center for Green Growth and Climate Change, seeking to consolidate the political and environmental dialogue between the mayors of Latin America through spaces for the exchange of experiences, training and dissemination of actions within the framework of democratic values and green growth.
3. Mai 2022 Bestellinformationen

2022 began for the Network with a first face-to-face meeting that took place in March in Mérida with more than 20 representatives of mayors from Latin American cities. Now, the network continues to be active through the development of bimonthly virtual meetings where it seeks to create a space of trust for exchange and learning between the different municipalities of the region.

In this first bimonthly meeting held on Thursday, April 28, we had the participation of 13 municipalities in the region and the experience of a new member of the network was learned: the Puebla City Council.

For this, we were accompanied by Eduardo Rivera Pérez, Municipal President of Puebla, who shared the progress that he has achieved in his first months in office in terms of environmental management and management of green areas. The actions for the containment of heat islands, erosion management, promotion of green infrastructure, among others, were presented. One of the projects that stood out the most was “Aire Joven”, which seeks to reforest the city with 250,000 species, as well as the Green Areas Custody initiative, which generated the interest of various municipalities present at the meeting since It represents a mechanism through which different actors in the environment can be involved, such as organizations, companies and citizens, in the protection of green areas in Puebla.

Apart from the bimonthly meetings that will continue to be held during the year 2022, as the next steps for the Network of Sustainable Cities and Mayors for Democracy, the Course on Sustainable Development Goals will also be held, which seeks to contribute to the Municipalities of the network of Mexico, Costa Rica, Colombia, Peru and Chile, to advance in the incorporation of sustainability issues in their municipal management. 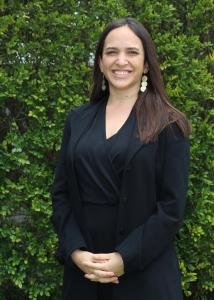