The Energy and Resources Institute and the India Office of the Konrad-Adenauer-Stiftung aim to bring together a diverse set of perspectives on aspects of global security by involving experts through research and dialogue; the experts range from scientists to practitioners drawn from the domains of climate change, governance and security. The objective of this policy study is to discuss various aspects of ‘securitization of climate change’, which include non-traditional security, external security, internal security and political dynamics. The initiative aims to serve the constructivist function of informing the discussion on securitization of climate change in India and all over the world. Realists in international literature consider non-traditional security issues such as anthropogenic climate change, pandemics and food security as second-order problems especially for the major security powers of the world. Responses to the COVID-19 pandemic illustrate how a non-traditional security issue is of traditional security concern. Security establishments are actively involved in activities such as rescue, control, prevention and even cure. The United States Department of Defense, for instance, has army researchers who are working and collaborating to develop rapid COVID-19 testing technology and vaccines. India has also invoked the provisions of the Disaster Management Authority Act 2005 to treat COVID-19 as a national disaster and undertake measures, in coordination with state governments, for rescue, relief and rehabilitation. The United Nations Security Council (UNSC) Resolution 1625 of 2005 has broadened the role of the UNSC by adding conflict prevention through addressing ‘root causes’ in its ambit. In the five UNSC open debates that have transpired so far, China and the Russian Federation have opposed while France and the United Kingdom have supported the UNSC dealing with climate change as a security threat. The United States of America has been ambiguous on this aspect. All participating members of the European Union and the Pacific Small Island Developing States, and a majority of the Alliance of Small Island States favour UNSC dealing with climate security concerns. A majority of the member states of the Group of 77 and the Non- Aligned Movement have opposed the legitimization of the UNSC in dealing with climate change. Emerging narratives position climate change and security using three rationales. First, in terms of ‘adaptation’ as climate change and environmental changes pose significant risks for the traditional security structures themselves. Second as ‘disaster response mechanism’ where armed forces need to be well trained and equipped to ensure that humanitarian assistance, disaster relief and non-combatant evacuation operations are provided on a timely basis. Third, in terms of ‘conflict mitigation’ as nontraditional security challenges can lead to disasters and environmental degradation which in turn could lead to disasters hence requiring traditional security structures. The first two rationales are more widely accepted in countries while the third rationale (conflict mitigation) is still not supported with evidence. Traditional security may not be an inclusive way of approaching climate change but then again, traditional external and internal security institutions cannot be discounted. Security structures at the national level may need to be deployed fully towards objectives of adaptation and disaster response. However, international goals, given the aspect of historical responsibilities for climate change, will not be served by securitisation but through equitable norms of international cooperation.
1. Juli 2020 Bestellinformationen

 There are three narratives for securitization of climate change. The first narrative is linked to improved adaptation of military infrastructure as climate and environmental changes pose significant risks for the traditional security structures themselves. The second positions security establishments for disaster response to ensure that humanitarian assistance, disaster relief and non-combatant evacuation operations are provided on a timely basis. The third narrative positions the need for conflict mitigation as environmental degradation and climate change can lead to conflicts hence requiring traditional security structures. The last narrative needs more research evidence before it can be accepted by policy makers.

 The United Nations Security Council (UNSC) Resolution 1625 of 2005 broadened the role of the Security Council functions by adding conflict prevention through addressing ‘root causes’ in its ambit. However, the limitations of the current institutional mechanisms and the capacity of the UNSC to deal with climate change can restrict the UNSC from playing the role in terms of functions required for climate change response.

 Analysis of the UNSC open debates on climate change shows similar groupings and alliances as is seen in the United Nations Framework Convention on Climate Change deliberations with the EU and small island states taking similar positions whereas the G77 countries take another. Among the permanent members, United Kingdom and France favour securitization of climate change while Russia and China have opposed and the United States of America has been ambiguous.

 India is not a permanent member of the UNSC and thus like many other non-member countries, it would have a limited say in the UNSC if climate change is securitized. Moreover, inclusion of climate related intra-state conflicts and responsibility to protect (R2P) may invite undesired UNSC intervention.

 Non-traditional security and environment is recognized in the Joint Doctrine of the Armed Forces of India, 2017. A clear defence strategy for climate change similar to the USA National Defence Authorization Act needs to be explored by India. Hot spot mapping could be initiated for the most climate vulnerable security infrastructure and installations. India also needs to examine geopolitical implications as a result of water scarcity; moreover, the opening of the Arctic sea lane due to glacial melts will have important geopolitical implications.

 Technology and innovation are crucial to address climate related impacts and there are clear priority areas that the Indian defence sector should look at in the near future. There is a need for adaptation of defence equipment and gear to withstand temporal and climatic changes. 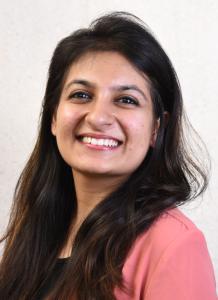