Conference on “democracy in crisis, democracy in change: From popular defiance to citizen participation” - Auslandsbüro Libanon

In partnership with the Observatoire de la fonction publique et de la bonne Gouvernance OFP of the Saint-Joseph University in Beirut (USJ) the Konrad Adenauer Foundation (KAS) conducted an international conference on the 14th of November, 2019, on the challenge of participative democracy in Europe and Lebanon with the participation of politicians, experts and academics from Europe and Lebanon. The conference took place at the Campus des sciences sociales of the University (Rue Huvelin), in Achrafieh in the presence of more than 100 participants (activists, academics, politicians, journalists and students) from Lebanon and abroad.
20. November 2019 Bestellinformationen 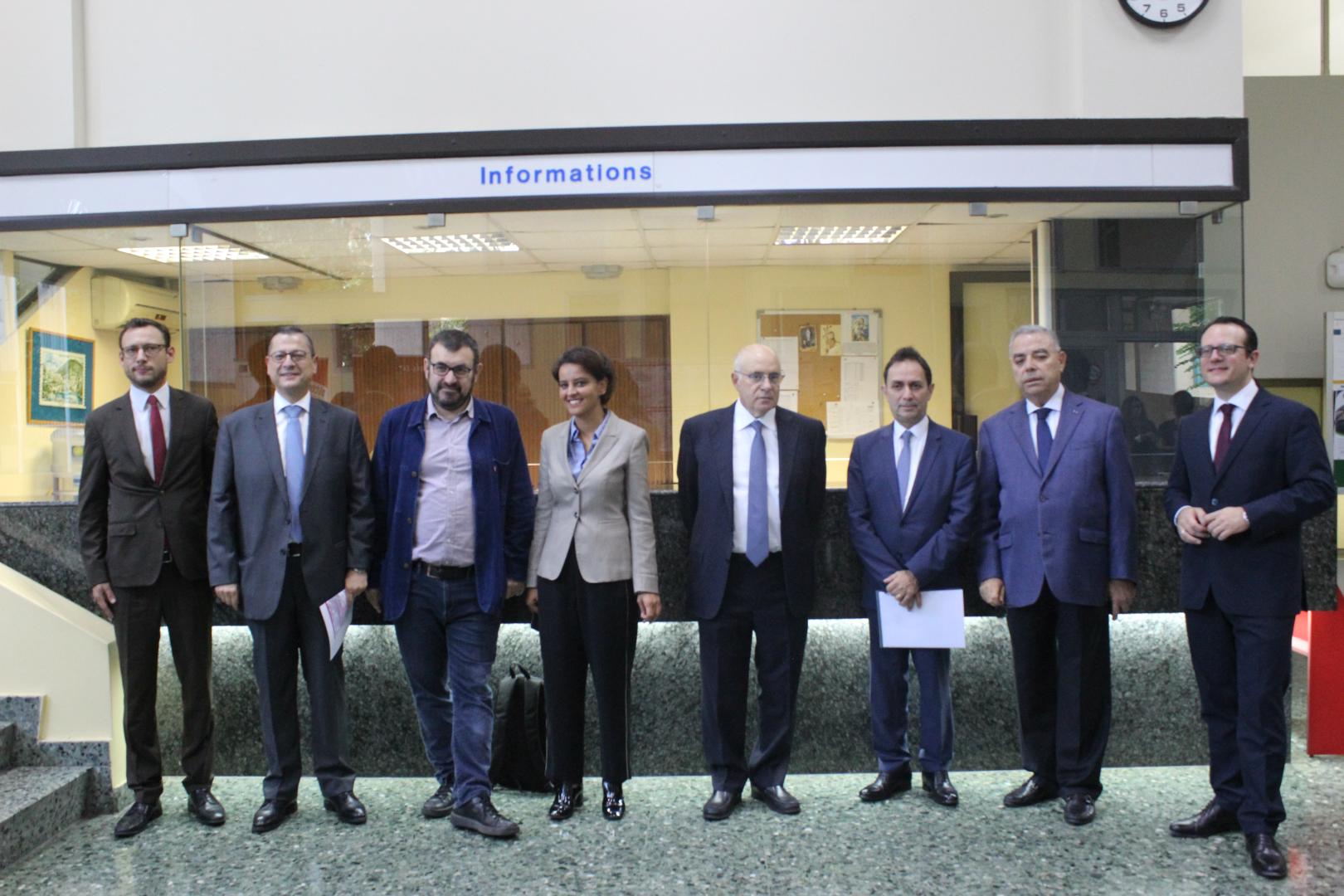 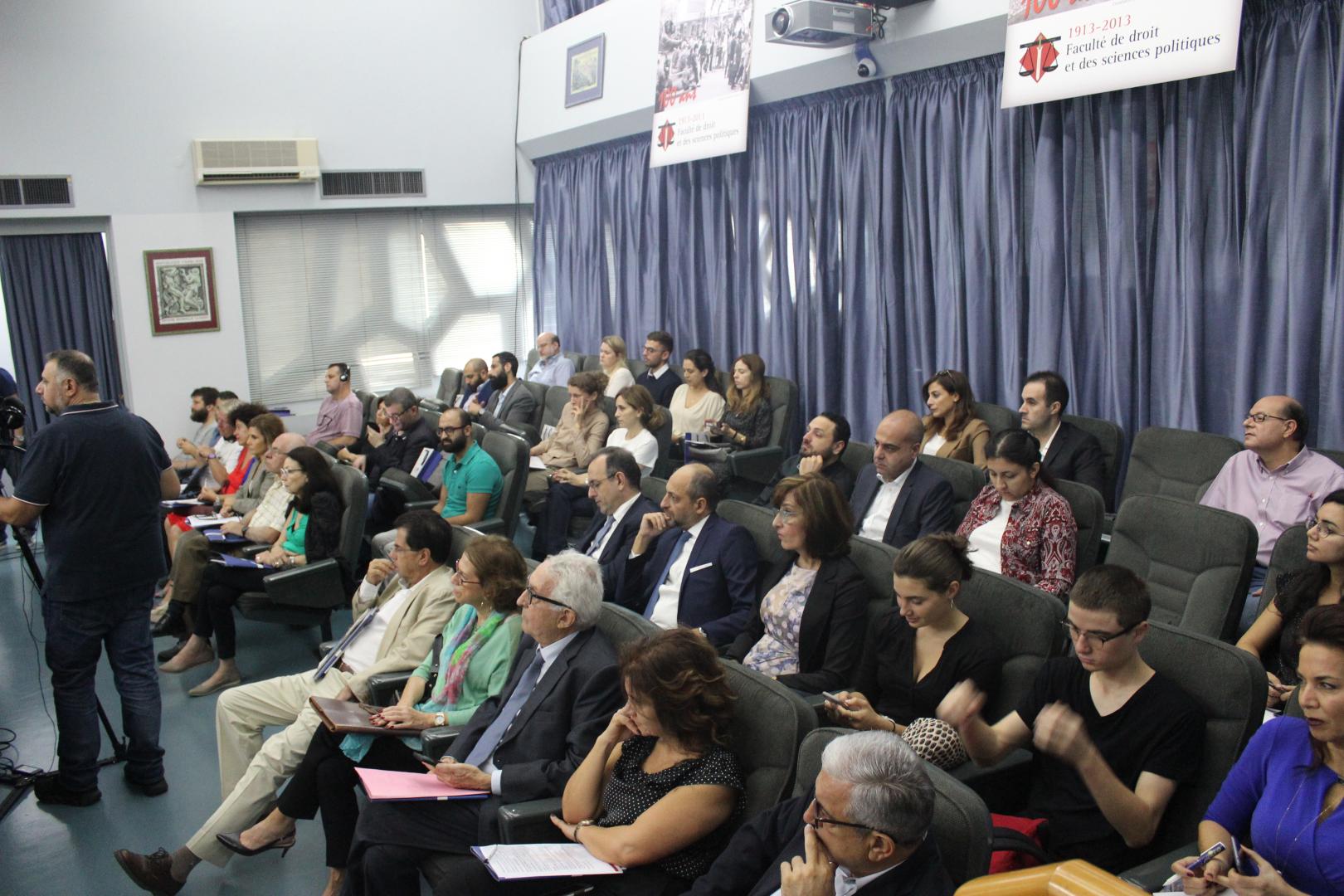 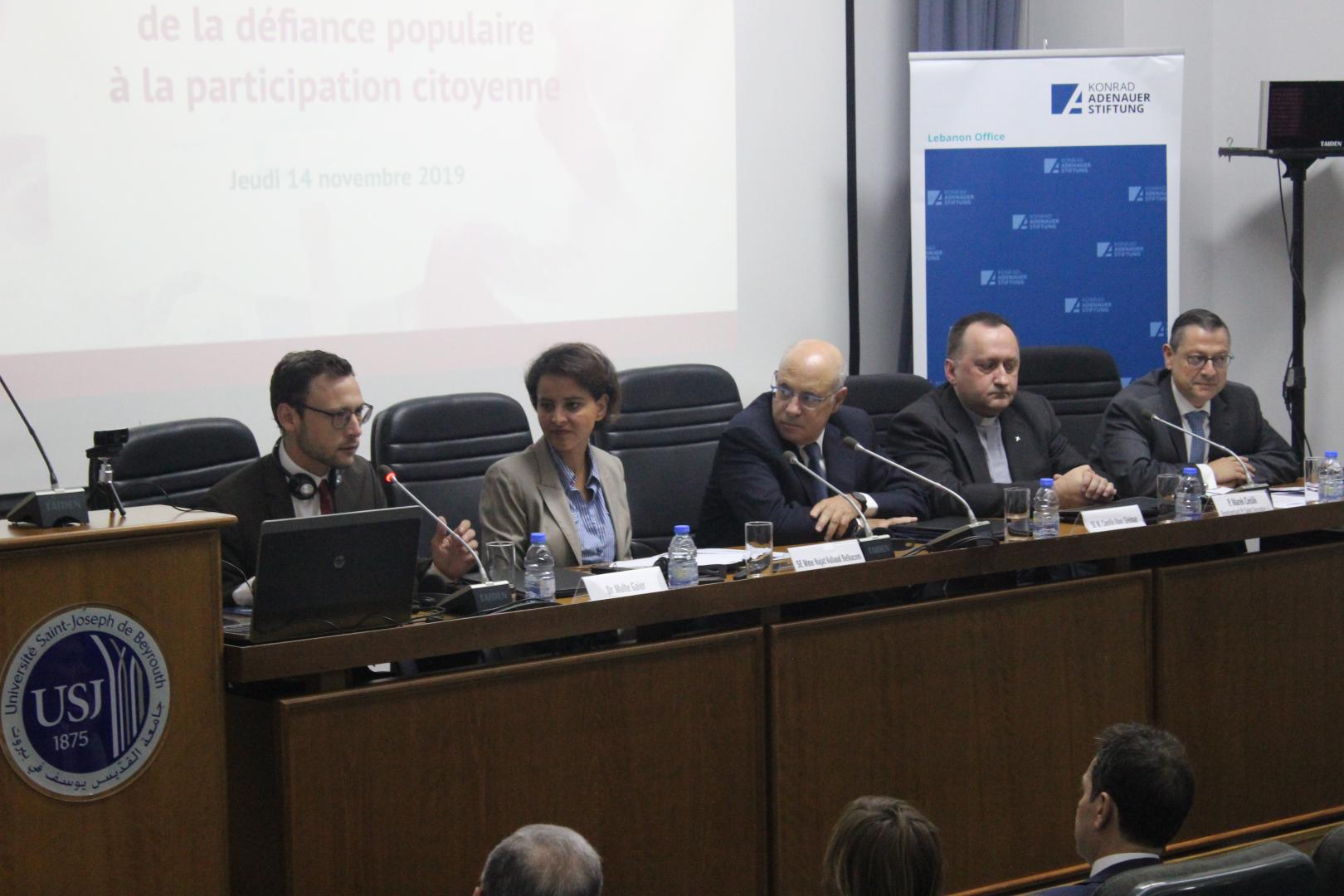 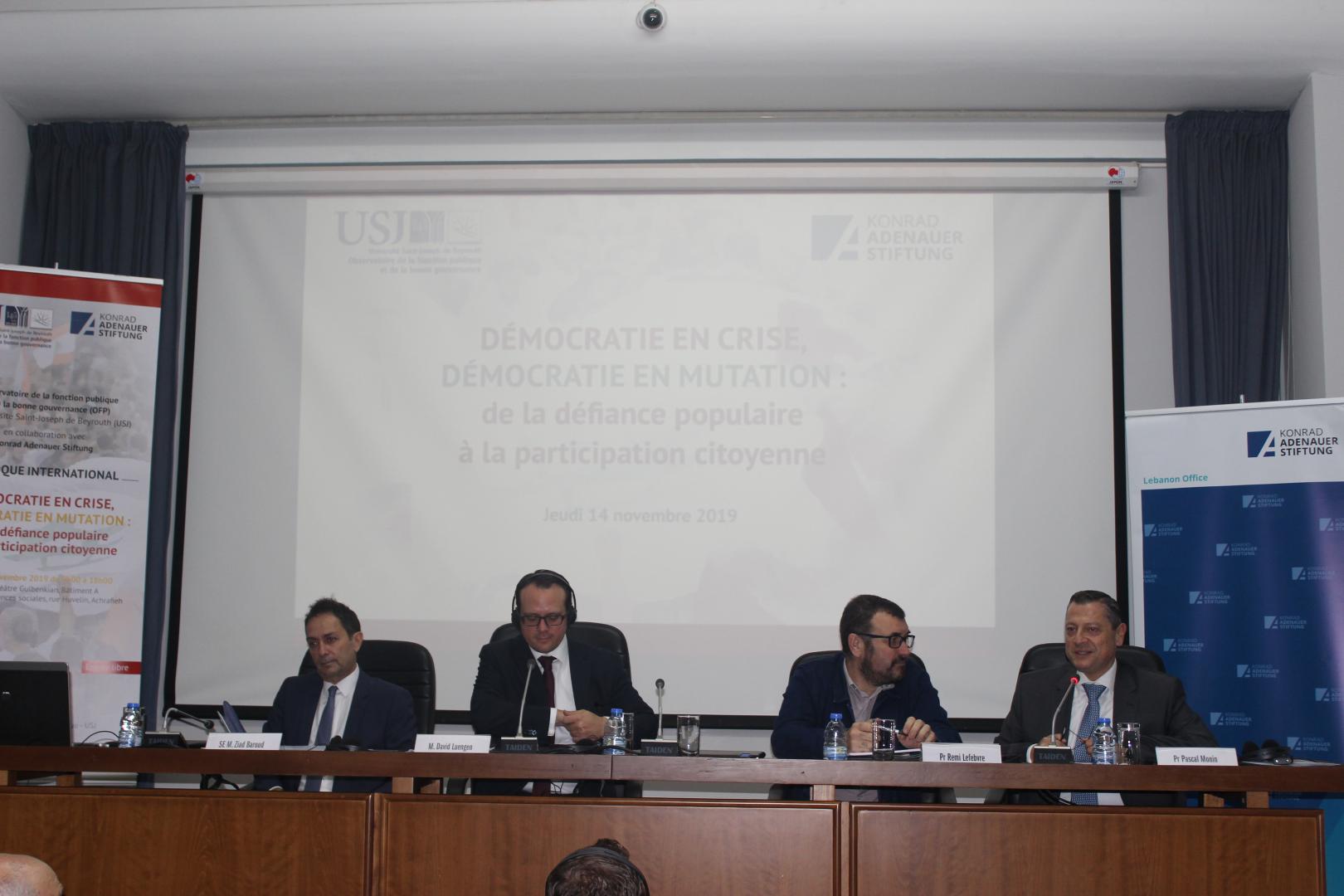 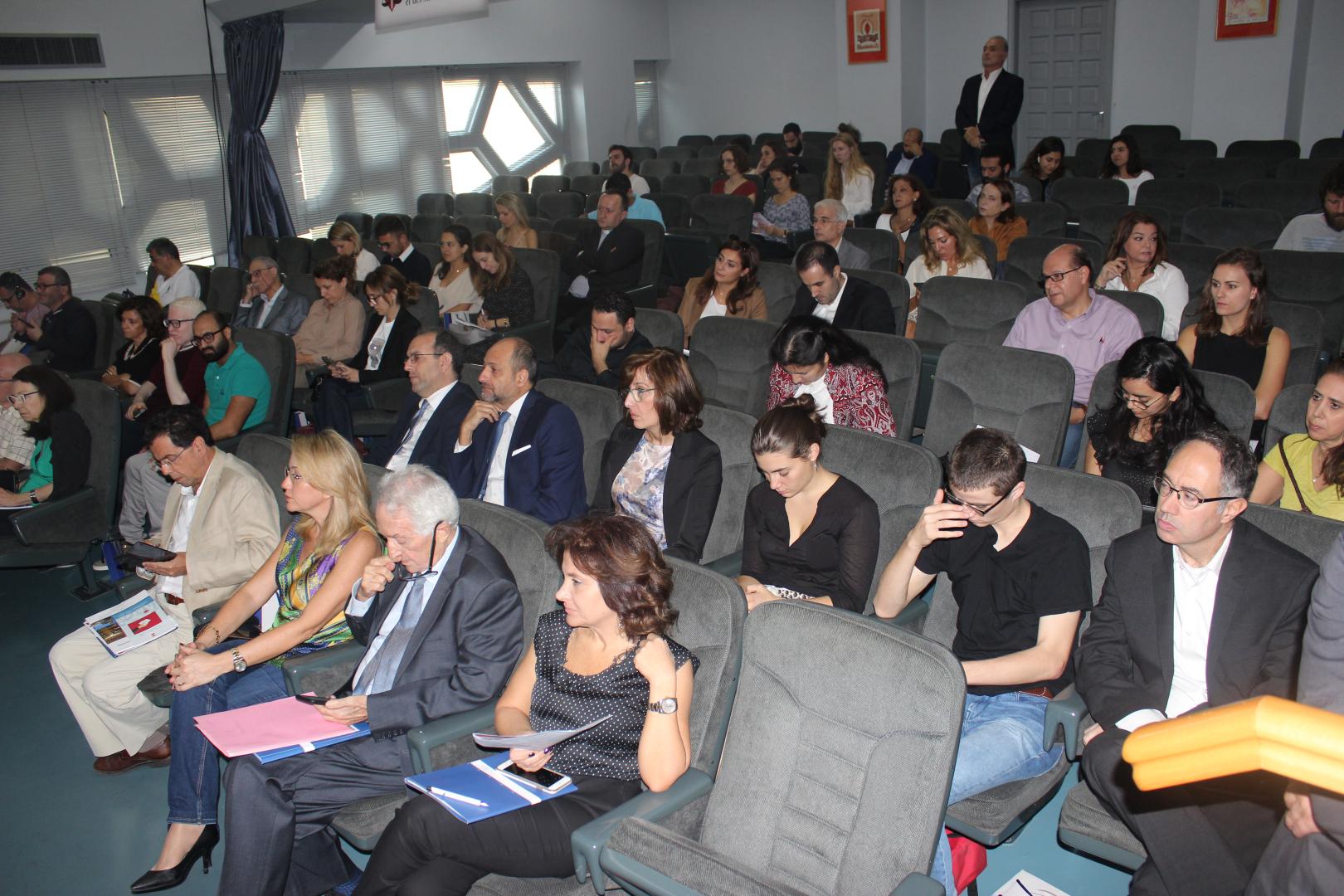 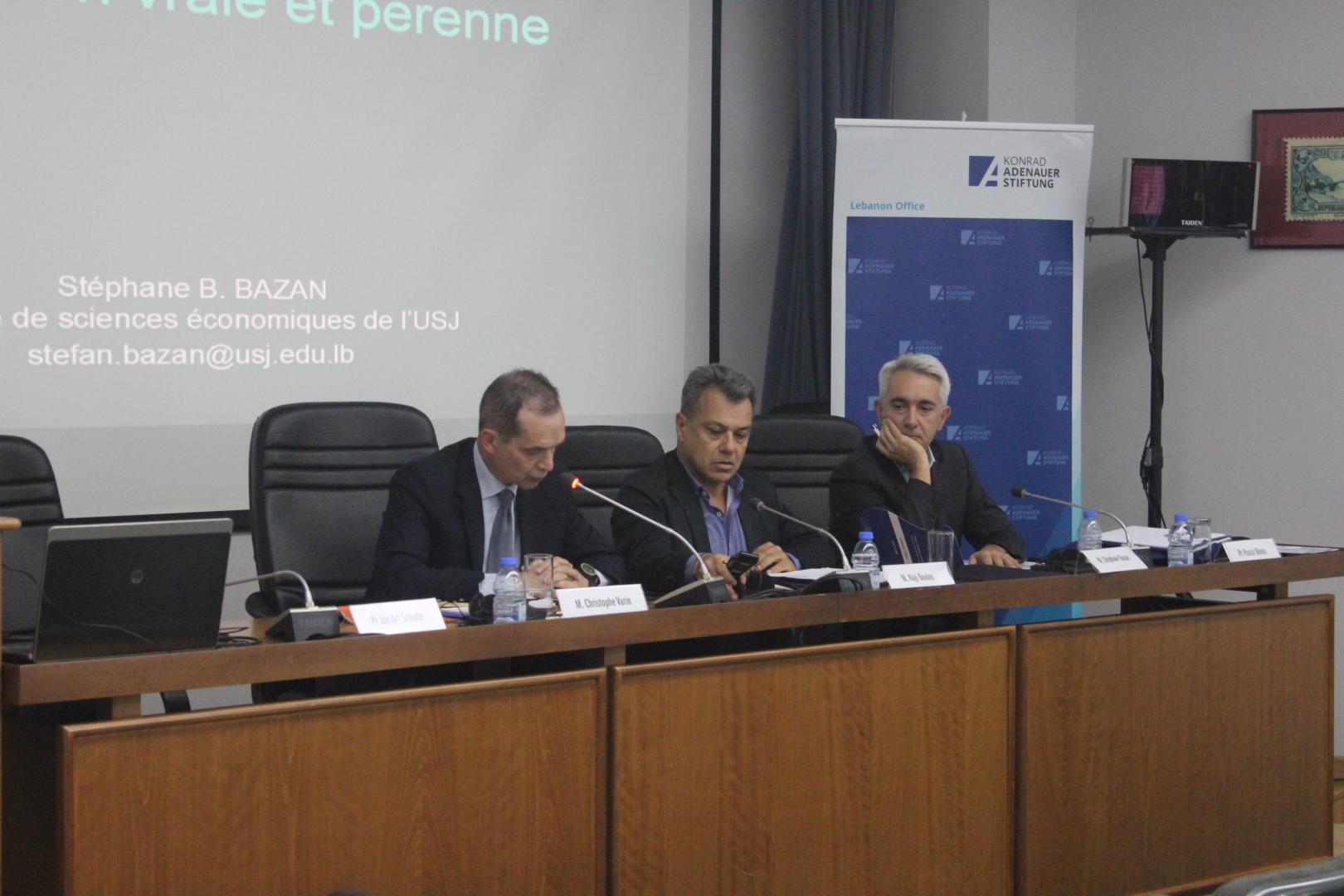 Even today, democracy is still a struggle of citizens against abuses not only in countries with non-democratic rule but also in some Western democracies that are currently experiencing a crisis of representative democracy. Therefore, the conference did tackle the four topics while stating among others the following:

“Challenges and limits of participatory democracy“ with the example of the EU, Germany, France and Lebanon, where the shrinking number of voters were said to have completely delegated the power of decision to the deputies today. Some of the French speakers advanced that in their respective country around 80% of the members of parliament were said not to know what they vote for, while at the same time asking why governments trust people to be competent when it comes to voting, but incompetent when it comes to actively participate in decision making processes related to issues touching their own life. As for Lebanon, it was advised among others to reform political parties from within. When it came to decentralization, the number of the municipalities (1047) was said to be exaggerated compared to other countries of the same size. Out of this big number of municipalities, around 84% have less than 2000 inhabitants with the main problem of people voting at their birth place instead of their residence place.  A big focus was put on the problem of corruption which was said to be embedded in the current system.

“The Internet at the service of citizen participation” where 25 years after the introduction of the internet more than 56% of the world’s population are using it in one way or another. The internet offers f.ex. the opportunity of being able to conduct a quick survey with one million persons and present it to the parliament within a few hours, but it goes along with the challenges brought up with a rapidly changing world. This changing world comes along with tons of information where the user has to assimilate the flood of general news, look for the small bits of crucial information and be able to quickly detect fake news. While it was said that there was a certain imposed communication in 2005, today we can speak of a participatory communication where everyone can give his opinion about any topic and can create the news; mostly using WhatsApp, with around 75% of the Lebanese people using the application today. But what is the quality of the news provided when the space to share it is limited like with Twitter or when people are not ready to read like with Facebook? What is the danger of Artificial Intelligence and are the information provided to us via the web old coming in new formats or can we talk of innovative web approaches?

“Innovative local experiences” were provided among others by the good practices in the municipality of Barbara and the use of participatory budgets in France, where a certain amount of budget is given to the residents to decide on how to spend it.

At the end, the speakers tried to show ways “Towards a real citizen participation in Lebanon”, where different approaches to reform were cited. Some speakers questioned the call for civil disobedience without providing adequate protection to those who apply it from legal pursuits. Furthermore, the speakers emphasized the role of the youth, the need to listen to each other, to rethink the former rules of the political game and to look for new approaches to tackle corruption and the economic situation up to the point of some calling for the help of the IMF.

Despite the current situation in Lebanon, the participants did attend in big numbers to show that life goes on and that they are eager to participate actively at the process which has started in Lebanon and that they are ready to listen to each other and exchange their point of view with others for the sake of a better future for Lebanon.