by Beatrice Gorawantschy
From April 23 to April 27, 2018 a delegation of senior Liberal Party officials from Australia visited Berlin and Wiesbaden, to exchange experiences with their state and federal level counterparts in Germany.
May 11, 2018 Ordering Information 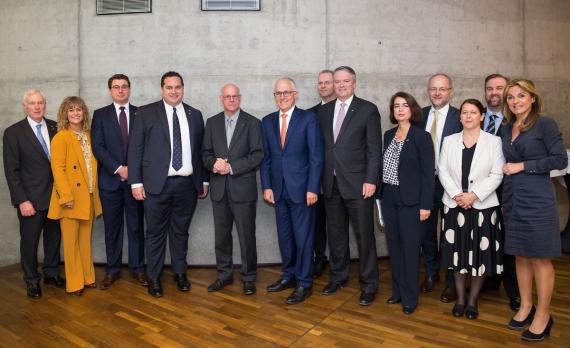 The Australian Liberal Party delegation together with the Chairman of the Konrad-Adenauer-Stiftung, Prof Dr Norbert Lammert, the Australian Prime Minister, The Hon Malcolm Turnbull MP, the Australian Minister for Finance, The Hon Mathias Cormann, and the Federal MP’s Volkmar Klein and Michaela Noll. 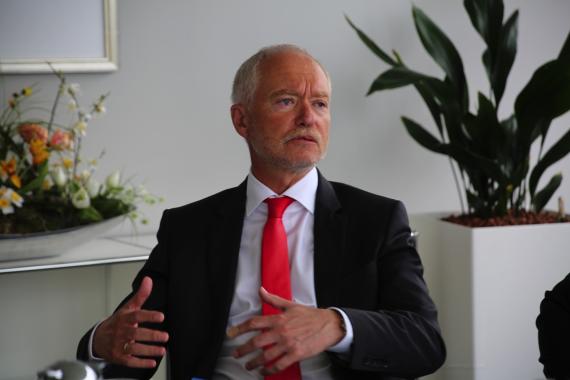 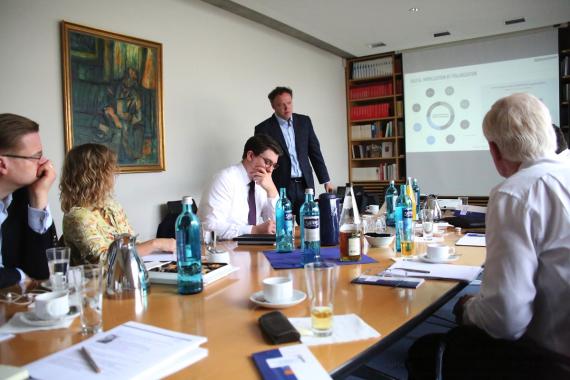 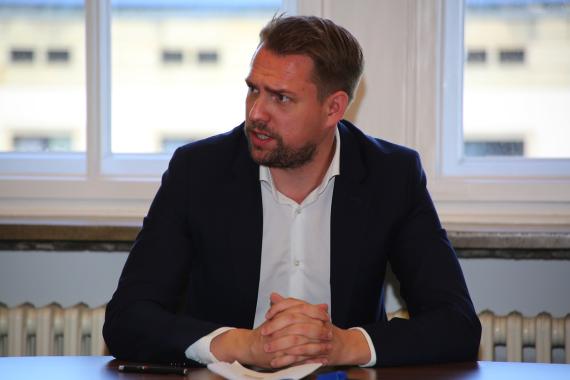 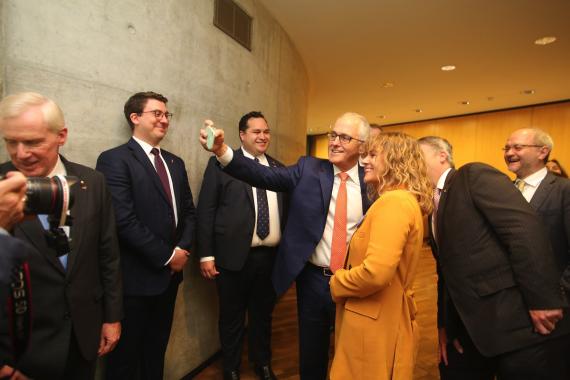 Selfie with the Australian Prime Minister 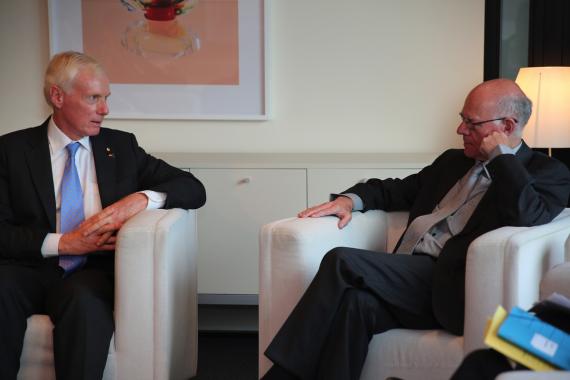 Meeting with the Chairman of the Konrad-Adenauer-Stiftung, Prof Dr Norbert Lammert (right) 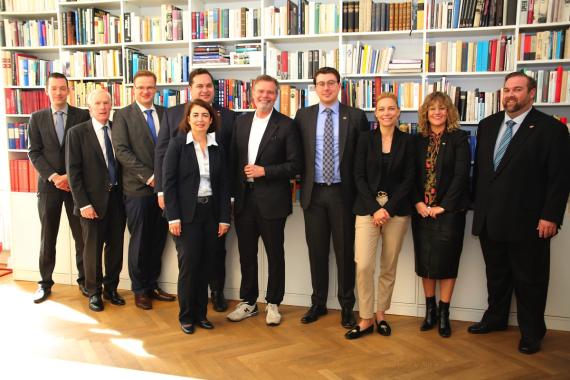 Meeting with Prof Dr Friedbert Pflüger (5th from the right) 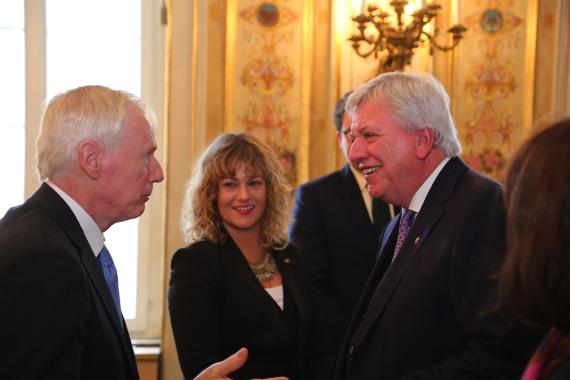 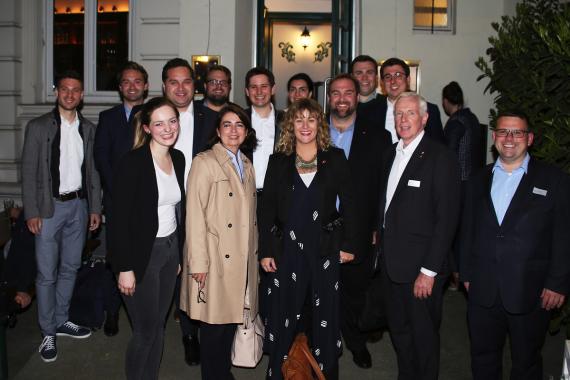 Party politics and current challenges for both countries with regard to domestic and foreign policy were among the topics on the agenda. An important subject while meeting representatives of the Christian Democratic Union of Germany (CDU) - including CDU Federal Manager Dr Klaus Schüler, State MP Prof Dr Mario Voigt, State MP Stefan Gruhner and State MP Danny Freymark - was election campaigning. In engaging discussions, the participants shared their experiences and compared methods of modern election campaigns; the German politicians on the recent election campaign for the Bundestag, and the Australian’s on activities in the lead up to the Australian Federal elections. An exchange with Federal MP’s Volkmar Klein and Michaela Noll included some valuable insight into bilateral relations and election campaign experiences. The Australian Liberal Party delegation visit to Berlin coincided with the official visit of the Australian Prime Minister, The Hon Malcolm Turnbull MP, who delivered a widely acclaimed keynote address at the Konrad-Adenauer-Stiftung (KAS). The delegates also met with the Chairman of the Konrad-Adenauer-Stiftung, Prof Dr Norbert Lammert, with whom they discussed European policy issues. At the invitation of the New Zealand and Australian Embassies, the group participated in the 2018 ANZAC Day commemorative service at the CWGC 1939-1945 War Cemetery in Berlin. The delegation continued the second part of their programme in Wiesbaden, where they visited the Federal State Parliament of Hesse and met with the Hesse Prime Minister Volker Bouffier and State Secretary Patrick Burghardt, before continuing discussions on the methods of a modern political campaign with the Young Union of Hesse. 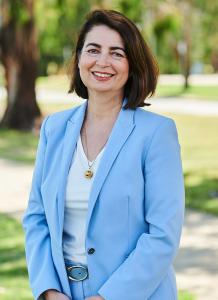