Do center-right politics matter any more?

KAS Ghana will held a discussion on centre-right philosophy, policies and politics and its up-to-dateness in Ghana, in subsaharian Africa. The ex- President of Ghana, His Excellency John A. Kufuor, is invited to share his rich experiences.
April 19, 2017 3 pm Clock

On the 19th of April, Konrad Adenauer Stiftung is going to commemorate the 50 years celebration of the dead of Konrad Adenauer, the first Chancellor of the Bundesrepublik Deutschland after the Second World War. Konrad Adenauer, who died in 1967, was a highly important personality and politican for Germany, even for Europe.

This conference will highlight his achiements for Germany and Europe, but will go even further: taking his example as the chairman of the right wing- Party CDU (Christian Democratic Union) with a clear programme and orientation, the question will be discussed what center-right politics actually mean, and in how far it might be still important - in Ghana and in the whole African continent. 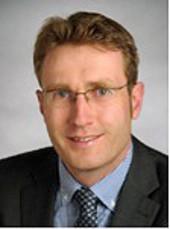 Head of KAS Office in Ghana