On 28th and 29th of November, Observer Research Foundation (ORF) in collaboration with Konrad-Adenauer-Stiftung (KAS) India, Centre for New Economic Diplomacy and Department for International Development, UK, organized the Kolkata Colloquium, a two-day international conference on Reimagining BIMSTEC in Kolkata, India. Academics, thinkers, policy makers, journalists, and other important stakeholders of the BIMSTEC countries as well as potential partners were invited to explore the brand value of BIMSTEC, its opportunities for wider collaboration, and the prevalent narratives within BIMSTEC. Accordingly, the discussions in the Colloquium sought to generate larger perspectives for harnessing the maximum opportunities and benefits of the organization
December 12, 2019 Ordering Information 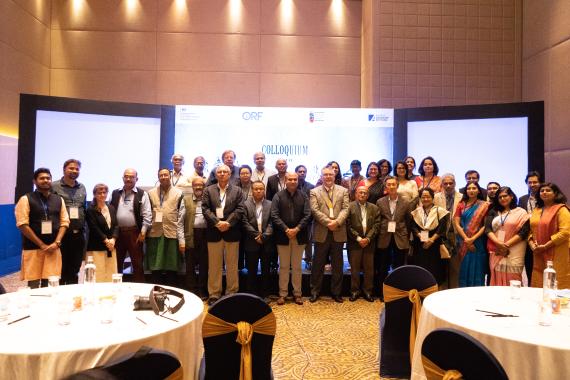 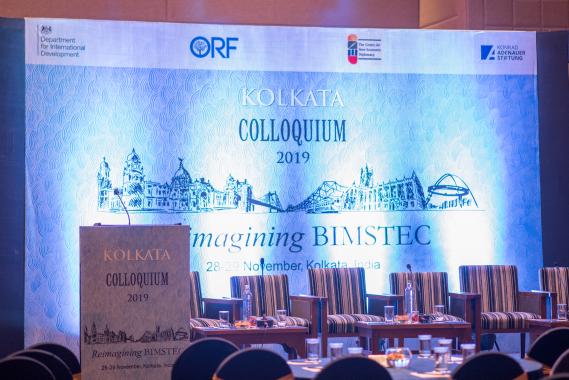 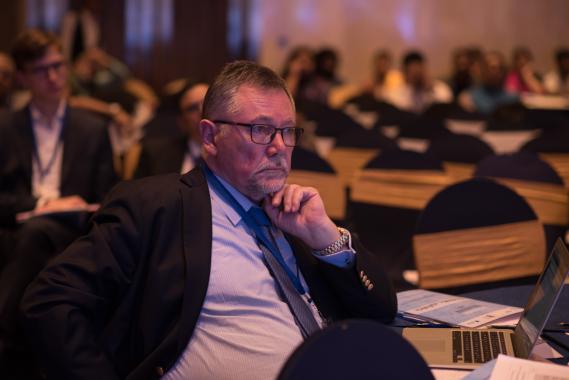 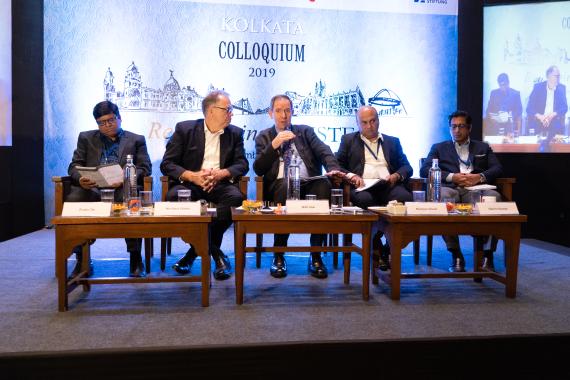 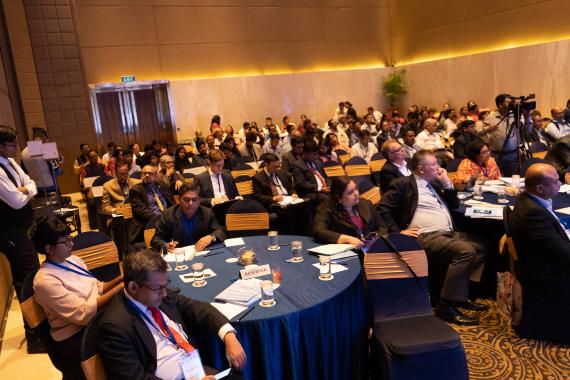 The first edition of the Kolkata Colloquium on Reimagining BIMSTEC (2019) was categorically divided into the Inaugural session, followed by the inaugural panel along with several other business sessions and special discussions throughout both the days. The conference also hosted three important panels on the role of the media.

Within the five Business sessions, topics ranging from “Connecting nations within BIMSTEC”, over “Maritime connectivity and significance of the Bay of Bengal”, to “Climate change, disaster management and BIMSTEC”, “Enhancing trade and cultural institutions: Engaging members in BIMSTEC” and “Historical and Cultural Linkages within BIMSTEC” were debated.

It became apparent that the connections between BIMSTEC member states are multifaceted and reflect in sea, road and airways connectivity, as well as technological exchange and people-to-people relations. Furthermore, the speakers drew attention towards the existing trade deficit with Thailand and deliberated upon trade links within BIMSTEC as well as problems occurring due to the non-facilitation of trade.

Further complications in the cohesion of the BIMSTEC countries addressed by the panelists referred to passenger cargo movement in the BIMSTEC region and on the routes between Singapore and Colombo onwards to the USA. Additionally, the Strait of Malacca is facing threat from pirates, sea robberies, terrorism, refugee crisis, illegal immigrants, and natural disasters like the Tsunami due to global warming. Absence of technical cooperation between the BIMSTEC countries is considered to be a hindrance to the economic development of all the countries.

To make any headway in regard to climate change and disaster management, it was noted that it’s important to realize the convergence between the geo-political, geo-economic and the geo-physical factors. In order to counter the problem on the mitigation of climate change, stress has to be given towards adaptation and protection.

Furthermore, speakers discussed on the possibility of a BIMSTEC Free Trade Agreement (FTA) and deliberated on what are other initiatives that can create congenial environment for trade and investment.  It was however pointed out that due to asymmetric economies and differing challenges, realization of an FTA was difficult. A localized approach in trade was advocated wherein cross border industrial centers would involve the locals, play a role in enhancing the value chain networks, and create a win-win situation for the countries involved. Limitations, opportunities, and the road ahead for BIMSTEC’s economic prospects based on the organization’s present trade statistics were discussed.

What is the status of historical and cultural linkages between BIMSTEC member countries? Even though the Bay of Bengal is a hub of trading, it is also an arena of exchange for cooperation in commerce, culture, ideas and passengers. BIMSTEC being a unique and exclusive platform can help to revive these linkages. It was pointed out by the panel that cultural tourism can help to revive connectivity, as culture transcends nation-states’ boundaries. Infrastructural developments in the region, with respect to academic diplomacy, student and scholar exchange programs, tourism diplomacy and institutional diplomacy, will furthermore foster cultural exchange and establish a strong cooperation between the BIMSTEC member countries.  However, the tendency to digress from local language and issues poses the greatest hindrance in the pathway of achieving such cooperation.

The media sessions which aimed at providing a platform to journalists for expressing their assessment on BIMSTEC, one special panel discussion on “RCEP and BIMSTEC: Can they tango?” and a dinner discussion under the topic of “Future of BIMSTEC within the geostrategic narrative of the “Indo-Pacific”” as well as a special lecture by Ashok Malik, Distinguished Fellow, ORF, New Delhi, were held.

The discussion among media representatives put forth contemporary problems within the journalism guild, ranging from declining subscriber numbers, to state-operated oppression of the freedom of speech as well as tackling fake-news and the spread of morphed media. It was argued that there exists a scope for journalists of BIMSTEC member countries to corroborate on the organization’s priority issues through public awareness, media coverage, cooperation and integration, and economic and social relation improvement.  Dailys of BIMSTEC members do not emphasize on regional coverage, and hence, BIMSTEC also recedes into the background.

In general, all speakers agreed to the fact that media can help in sustainable and inclusive development to eradicate poverty and alleviate economy by focusing on BIMSTEC goals.

The two special panel discussions brought forth perspectives on the relationship of RCEP and BIMSTEC as well as future prospects of BIMSTEC within the geostrategic narrative of the Indo-Pacific. The panelists raised questions towards the dimensions of Free Trade Agreements and their overall practicability. While the EU serves as a successful example of embracing free trade agreements, BIMSTEC countries face numerous hurdles when it comes to paperwork and compliance issues.

Future prospects of BIMSTEC look promising in comparison to other regional groupings. This is due to joint military exercises and meetings of NSAs/ security chiefs.  However, political engagement has to be stepped up, which many member states especially expect from India to be in the forefront of  and to produce more results than reports. While BIMSTEC entails many advantages, China will always remain a key player in the future development of the organization.

Disclaimer: This report represents a summary of a longer conference report to be composed by the Observer Research Foundation.